Whilst the name ‘Somalia’ is synonymous with war, anarchy and piracy on the high seas, Somaliland is a very different prospect. Having declared independence from the remainder of the war torn nation in 1991, it has prospered and avoided the violence that mars the region to the south-east. T

he intrepid outsiders who come here find a surprising and delightful country with enduring links to its colonial past as British Somaliland and discover that exploring the fascinating historic sites of the nation is richly rewarding.

These range from arguably Africa’s most significant Neolithic rock art caves to wandering the ruined city of Ferdusa and admiring the once splendid architecture of Berbera’s ancient port.

Our group tours in Somaliland are the very definition of ‘of-the-beaten-track’, leading you through a land which has remained virtually forgotten by the outside world. Everywhere you will encounter a people who embrace visitors into their proud and flourishing society, taking your enjoyment, relaxation and peace of mind as a personal responsibility.

Whether you are exploring the vibrancy of the streets of Hargeisa with its markets that abound with golden jewellery, exotic fruit, camels and even khat, or plunging into the deserts of the interior with their precariously balanced tors which tops caves filled with unimaginably old cave art, or poring over the remains of a once mighty 16th century town, Somaliland will lend you a sense of escape from the norm and an insight into a land which is forging out a proud new identity.

Don’t just go to Somaliland just because you want to trump other seasoned travelers! Go for the incredible array of colorful prehistoric rock art, for the lively camel and sheep sale, and to witness the emergence of this poor but proud breakaway republic. And it’s all handled smoothly on the ground by a well managed local team.

Places to visit in Somaliland and on our African tours 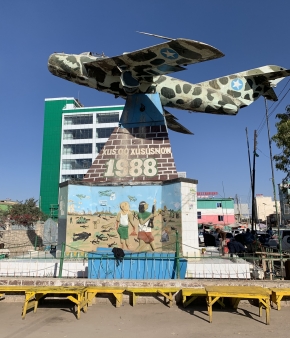 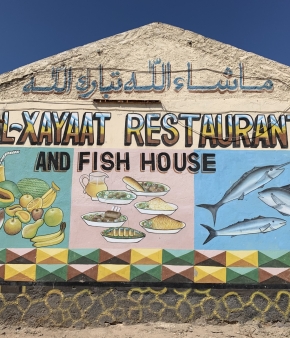 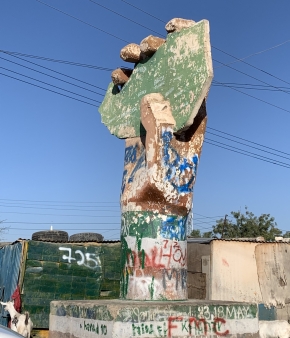 The Hand of Independence 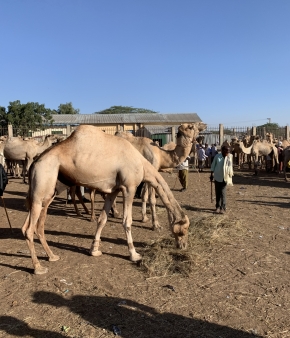 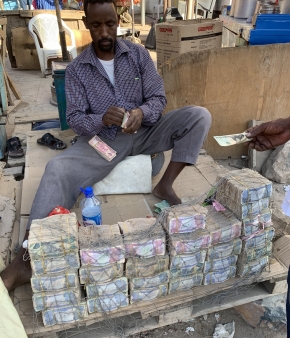 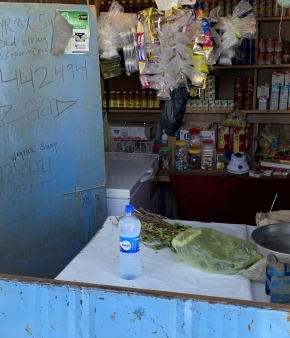 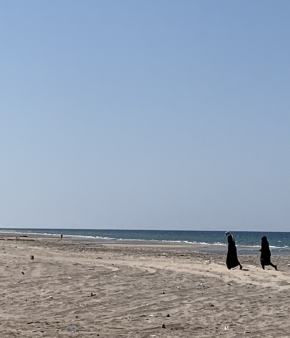 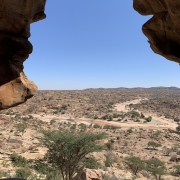 Few have even heard of Somaliland, let alone contemplated visiting, and yet its fascinating geography blends wilderness with richly fertile land which has thrown up civilisations that have rubbed shoulders with the giants of world history. To wander the streets of its cities, dotted with understated whitewash and green mosques and elegant colonial mansions, to stroll along sultry white beaches on the Gulf of Aden and to marvel at entrancing 5,000 year old, still vivid rust-orange and burnt-umber cave paintings is to truly understand the hidden charms of this African gem.

Perhaps the best way to understand Somaliland is to regard the period from 1960 until 1991 as a blip on the proud history of this fascinating corner of the Horn of Africa. During that timespan, the land that was known as British Somaliland was arguably forced into a union with its eastern neighbour, Italian Somaliland. As was often the case across the continent, the aftermath of colonialism was rent by war, dispute and turbulent government.

This was never the case more so than here: following the briefest of periods of existence – a mere 5 days – the union went ahead, creating the modern day Somalia with all its terrible difficulties. A few years of relatively successful development were followed in 1967 by a military coup led by General Barre. Imposing himself on the nation, he ruled for 22 years and the people of the north-west were subject to vicious clamp-downs , after their initial calls for independence. Barre literally razed the major cities of the region and over 200,000 people were killed in what the UN declared as unadulterated genocide.

Today’s cities in Somaliland – Hargeisa, Borama, Berbera, Burao, Sheikh – are therefore broadly low-rise affairs and the historic temples, attractive small mosques and vestiges of the British colonial past are prized survivors of the assaults which locals are keen to share with visitors. Unsurprisingly then, when the Barre regime was ousted in 1991, Somaliland rapidly moved to declare independence. Since that moment, anarchy has more or less been the defining trait of the remainder of Somalia, with vying factions escalating into full-on conflict and government virtually absent. The Somali piracy issue emanates from a nation unable to maintain law and order in any form. Yet in Somaliland, life has been utterly different.

Their break-away was easy to achieve and impossible to over-turn in such mayhem and so this peace-loving, economically viable and rapidly reconstructed nation has taken shape. The United Nations still refuses to recognise its existence and yet its 4 million population boast their own stable currency, visa system, democratic government in the capital Hargeisa and tacit approval from a growing number of countries who maintain pseudo-embassies here.  When you visit Somaliland, you discover a ‘country’ with a wonderful ancient history and a natural world that has a great deal to offer. The 176,120 km² landscape offers a variety of settings: the north is hilly and generally rainier and fertile: the Gabiley region is characterised by lush fields of vegetables and fruit trees, lime, lemon, orange, which flash by in endless groves as you head through its verdant plains and rolling foothills. Everywhere is a hive of agricultural industry, providing for the busy cities.

In the quieter interior, nature lovers will be delighted by the wildlife that can be discovered – from Sudanese cheetahs, lions, baboons, hyena and bush elephants to some 727 bird species that include the endemic Somali pigeon, black boubou and Somali bushlark. Despite its period of torrid suppression, the ancient past redefines our perceptions of Somaliland: the prehistoric cultures for which evidence has been uncovered suggest a populated landscape from the Palaeolithic era and Las Geel provides superb examples of Neolithic cave dwellers with extraordinary skill in rock art: uncovered for the wider world by a French archaeological team in 2002, their 10 painted cave suggest complex religious rites and depict cattle, dogs, giraffes and antelopes in incredibly sharp preservation.

This site alone makes an expedition to Somaliland a unique and truly worthwhile experience. Beyond this period, there is much to suggest a powerful culture here in the final millennium B.C.: pyramid foundations at Borama indicate links to Egypt and historical record worldwide tell of this as a key port – ‘The Key of the Red Sea’ – trading with Ptolemaic Egypt,  the Greek, Persian and Roman Empires and as far afield as Ceylon. By the 14th century A.D. a powerful Sultanate was still operating rich trade links at this geographical hub and this continued under the Ottoman invaders and Egyptian Pashas. The British Empire in turn saw the viability of the region for controlling trade route and made treaties in 1827 and then set up a protectorate in 1886. They established a garrison at Aden, maintaining control, with a brief invasion by Italy intervening in 1940, until the seeds to modern Somaliland were inadvertently sown in the misfortunes of the independence negotiations of 1960.

Clearly Somaliland has managed to extricate itself from the region’s turmoil and now offers an engaging window on a truly secret enclave in the African continent.

Read more about Somaliland and our other African tours.