It is hard to understate the mesmerising splendour of the sundry archipelagos that lie scattered around the azure waters of the South and Central Pacific. The worn cliché of island paradise finds new vitality here: coral encircled atolls give way to lushly forested volcanic peaks and tropical, palm-lined beaches abound at every new landfall.

The region has extraordinary diversity of character, from deeply colonially imprinted Fiji’s plantations to the proud indigenous heritage of such as Vanuatu.

A visit here is to range far across the planet’s greatest ocean, encountering peoples whose destiny has been shaped by the seas and encounters with outsiders to whom they have ever proffered the warmest of welcomes.

Our far-ranging group tour and tailor-made holidays lead you on a mesmerising journey around some of the smallest, most isolated and breathtakingly beautiful island nations on earth. In the space of a few heady weeks you will experience the allure of 7 different states across Melanesia and Polynesia, from the bustling shores of Papua New Guinea to the delights of Samoa’s twin islands and from the scattered string of tropical paradises that comprise Vanuatu to the luxuriant evergreen forests of New Caledonia.

You will immerse yourself in a plethora of island cultures, visiting traditional villages and learning their cuisine, traditions and beliefs, from Fiji’s energetic Viseisei dancers to Honiara’s nimble palm climbers in the Solomon Islands. Remotest of all, you will head 5,000km east of New Guinea to the stunning atolls of Kiribati, where the azure horizon seems to stretch into infinity.

Whole tour was well organised and contingencies were always in place for the unforeseen. Very fair value for so many destinations and flights. 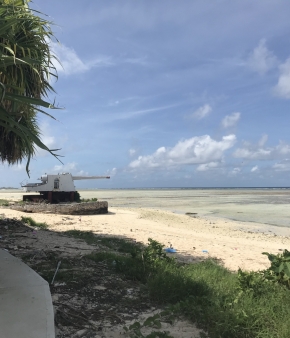 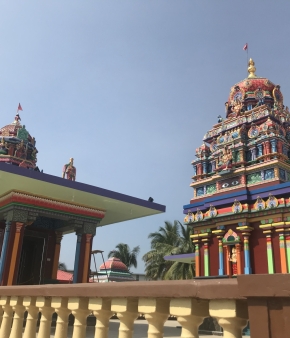 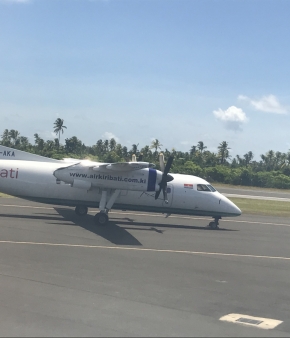 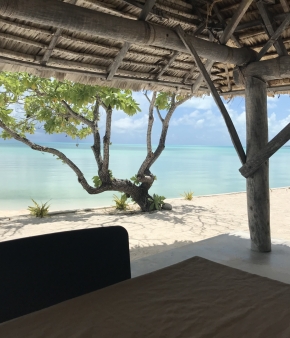 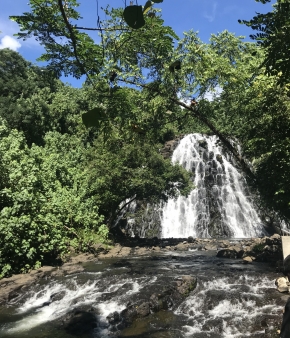 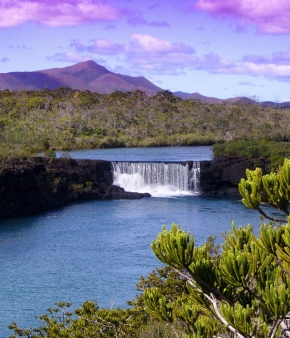 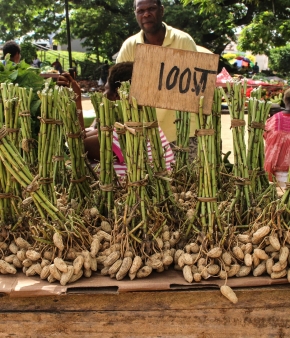 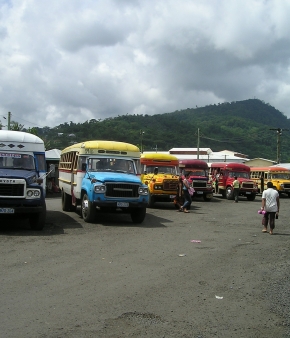 Why visit the Pacific Islands? 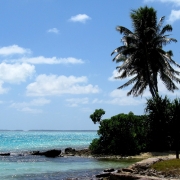 This is truly a once-in-a-lifetime exploration of the ocean’s most captivating array of archipelagos and cultures. Stand atop Vuda lookout on Fiji across emerald fields to hazy turquoise shores; marvel as Samoa’s Papapaita Falls caress the edges of a volcanic crater as they tumble 150 metres; glide effortlessly in a te wa-kiribati across the pale cobalt waters of Tarawa Lagoon; sit intrigued as Yakel villagers share their array of cooking skills and religious beliefs in the shadow of Tanna’s gently smouldering volcano; Such exquisite moments will make memories that will endure forever.

Polynesia, Melanesia and Micronesia all feature in this unique tour of the Pacific’s wondrous tint nation states. The origins of Melanesia’s New Caledonia, Vanuatu, Solomon Islands and Papua New Guinea all lie at least 5,000 years ago with the arrival of migrants from Africa – hence the ‘mela’ (black) prefix – who worked their way gradually east and south.

To these populations can be added the later Austronesian expansion from the Taiwan region which brought new cultures and penetrated further still as far as Fiji and beyond to the Polynesian lands Samoa and the far  flung Micronesian-Polynesian archipelago that comprises modern day Kiribatu. Fiji, perhaps the axis of the South Pacific, is the most populous of the island states, and its 300 islands were first sited by European Abel Tasman as early as 1643. With Europeans settlers came plantations and the ‘blackbirding’ plague that robbed New Caledonia of so many young potential slaves. The sugar cane also brought huge coerced immigration from British India to its new colony and this population endures, meaning that Nadi boasts the largest Hindu temple in the southern hemisphere.

Yet ancient traditions abound here on the slopes of the great volcanoes: Fijians proudly show visitors the legendary landing place of their first ancestors and villages of traditional thatched bures can still be viewed. The very isolation of these regions is well-evidenced in former French colony New Caledonia whose wet coastal forests and heady mountains contain the greatest biodiversity per km² of anywhere in the world – most endearing amongst this panoply have to be the extraordinary flightless kagu which runs like lightning and can climb trees with its wings and the New Caledonian crow which has evolved the ability to make tools that rival the skills of many primates. First sighted by outsiders during James Cook’s 1774 voyage, the islands gained notoriety for the killing and devouring of early missionaries!

Vanuatu is a very different landscape, a once jointly administered Ango-French colony, its lush landscape of little islands resounds to the chatter of tropical forest species. Efate Island is characterised by waterfalls and unmistakable banyan trees, whilst its most fascinating treasure is arguably Artok Island. This uninhabited UNESCO world heritage site offers an intriguing window on 12th century islander funerary practices: apparently the ruler and 50 sacrificed followers were simultaneously buried here.

To wander its rocky and heavily forested interior is to experience a strangely reverent and sombre air all about you. Nearby Tanna Island is equally compelling, for its impossibly crystal clear waters and the sultry evening air which gently echoes to the strains of gospel music from nearby churches. The Solomon Islands is a melting pot of cultures, in particular Honiara having been the British administrative centre from the 1950s. Whilst the curious fusion of Polynesian and Melanesian tribal cultures are evidenced in their villages, the influence of America is a key interest here: a brutal battle was fought to win the island back from the Japanese in 1942 and the Iron Bottom Sound in particular offers diving experiences to World War II wrecks, whilst occasional heavy armoured vehicles edge lie on beaches and festooned by jungle growth.

At the North-Western limit of the tour, Port Moresby, capital of New Guinea, offers a more urban and buzzing insight into Polynesian life: colonists came late here, dominating the canoe-base culture of the Motuan people whose skill in fishing and trading is still showcased in Koki fish market’s myriad of multicoloured catches – glistening fish and ornate shellfish over which locals and visitors haggle for a few decisive Kina. This is a nation whose poverty lies in a lack of urban development – 82% live rurally and 42% still subsist a living, albeit in an enviably sustainable manner wich they proudly share with visitors. From this populous extreme to Kiribati’s incredible oceanic isolation: the 32 atolls of this idyllic nation are imperilled by rising ocean levels and the delightful coral edges are struggling to keep pace with the speed of inundation. Nonetheless, these slender curves encircle some of the most iconic Pacific environments: dazzling azure waters, edged with ivory-white beaches that stretch as far as the eye can see, are bountiful in marine species.

Few people – less than 6,000 a year – make this long journey to stay in traditional stilted buias. It is hard now to imagine Tarawa island as the venue for one of World War II’s most vicious battles. In 72 hours of solid fighting, 6,000 soldiers perished in this paradise. The final nation of the tour, Samoa, has long looked to New Zealand and its early settlers in Austronesian times about 3,000 years ago, eventually populated these shores before sailing on to form the Maori culture. Indeed, its trade and cultural links have historically been with Fiji and Tonga, whilst it was administered as a British colony from Auckland from 1914-62. Whilst zealously Christian, Samoa maintains a parallel and sympathetic link with the fa’a Samoa (Samoan traditional way) and it remains decisively culturally distinct from the other island states you will encounter.

Above all though, the twin islands of Savai’i and Apia are dramatic in natural terms: the influence of volcanoes is everywhere, in particular the lava fields that only 100 years ago crawled and set like the skin of a grey leviathan breaking the surface of the Savi’i and swamping its streets. Almost everywhere here seems to hide a wild wonder, from blowholes and waterfalls amidst rainforest to dramatic deep swimming holes and mountain passes.

Throughout these amazing islands, you will learn to step to a different pace of life and in time with the ubiquitous rhythms of the idyllic ocean shores. This is a world like no other.

Read more about the Pacific Islands and our other tours in Asia and the Pacific.