Seemingly a callow latecomer to the world map, Lithuania holds a remarkable and highly significant place in the annals of European history. Boasting a former territory that stretched from the Baltic to the Black Sea, the largest country in Europe during its Golden Age in the 16th-17th centuries, the wealth of Vilnius and its satellite towns is reflected in the amazing buildings and dramatic fortifications that characterise today’s old town centres.

On the edge of the North European Plain, the country is essentially a patchwork of pleasant meadows, forest, wetlands and lovely coastline, where nature thrives, dotted with some of the most memorable historic sites imaginable.

Our fascinating group tour and tailor-made trips take you the length and breadth of this former European major political power. Everywhere you will marvel at the vestiges of medieval opulence, but nowhere more so than in Vilnius, a city which boasts some of the best Baroque architecture in the continent; here you will enjoy a plethora of grand historic buildings and tiny cobbled café squares that jostle together in the timeless streets of the Old Town, whilst the imposing red-brick watchtower on Gediminas Hill still seems to stand a sentinel against foreign invaders.

Travel to Lithuania’s intriguingly idyllic coastline with lagoons and saltmarshes ranged behind the 100km Curonian sand spit; wander wonderingly around the iconic island fortress at Trakai and the elegant immensity of Palanga’s botanical gardens.

Above all, be prepared to be beguiled by the rich culture and surprising history of this friendliest of nations.

I couldn’t be happier with how my trip was handled. Your understanding, holding and booking our add on extensions was wonderful. All the guides were extremely knowledgeable and spoke very good English – [they] were amazing, knowledgeable and made you feel like friends and family. Kudos to whomever picks the guides – well done! Every location was spot on. We were always in walkable distance of where we wanted to go. We walked everywhere and always felt safe. The transportation was way above what I had expected and was wonderful!! I travel for many reason but this one turned out a bit different than I expected. The highlight for me, beyond seeing so many wonderful places and cities was the people. To hear the guides speak about their country, the pride with tears in eyes on singing their national anthem, the passions and their culture was enlightening. Loved the nature walks. Good mix of tour and free time. 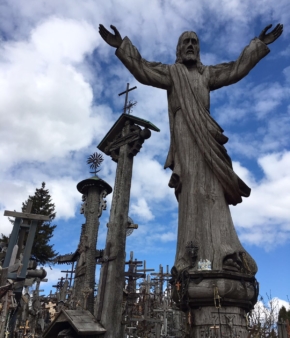 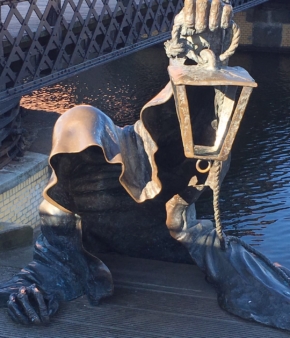 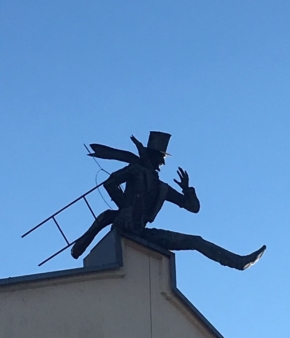 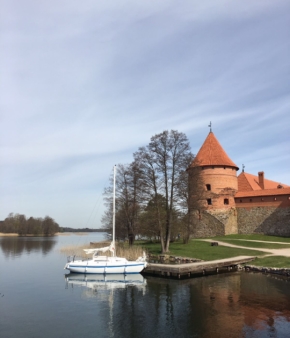 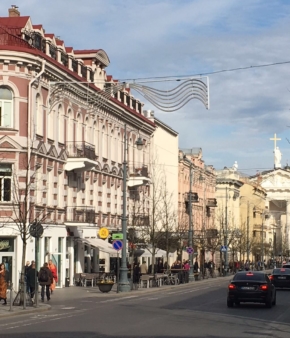 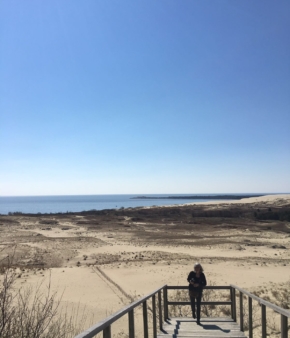 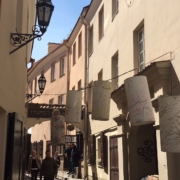 Wandering amidst the languid cobbled streets and vivacious Vilnius street markets, a sense of the weight of history pervades the wonderful medieval, gothic and baroque edifices that surround you. At every turn and in every town, the drama of the rise and fall of the many incarnations of Lithuania are apparent from fabulous moated, galleried and terracotta-topped towers to museums telling of amber trade, art and the tragedies of foreign occupation. Beyond, stretch unforgettable landscapes of woods and water, where myriad wintering flocks gather and boar, deer and even wolves have their haunt.

A casual visitor to modern Lithuania’s almost quaint world of gothic quarters and idyllic wetland-based national parks might be forgiven for assuming little of consequence can have occurred in this Baltic backwater. And yet this is the land which gave birth to a burgeoning trade that established the Amber Road, connecting Lapland to Egyptian shores; this was the last European bastion of paganism and yet also the bedrock of the northern Jesuit-led Counter-Reformation in 1579; this was the pulsating heart of the largest European empire of the 1300s which held territory from Klaipėda to the Crimea.

Hence, following promises of Christian conversion, the papacy in 1253 and the Holy Roman Emperor in 1429 both recognised the Lithuanian kingdom. Meanwhile, Vilnius’s great building works continued and castles such as Trakai and Gediminas signalled a belligerence which drove the realm through the Rus lands to Kiev and beyond, defeating the Mongols in the process. Christianisation followed and led to a flowering of sacred architecture, such as in the gothic core of today’s Vilnius cathedral and the incomparable beauty of nearby St. Anne’s. Union with Poland shored up the massive empire and lasted for 400 years until ravaged by war, plague and famine, Russia subsumed Lithuania into its empire in 1795. Undercurrents of nationalism and independence characterised the 19th and 20th centuries, with independence achieved in 1918, leading to a period of strong economic growth. This lasted until the Soviet-German pact of 1939 carved up the Baltic States and ushered in invasion by the USSR who committed some of the worst ecclesiaclasm in its republics in the destruction of many of the finest gothic and baroque churches. Most have been rebuilt or, like Vilnius cathedral, re-consecrated from a spell as a museum.

The invasions and counter-invasions of the 1940s saw hideous purges, deportations and mass executions, virtually removing the estimated 100,000 Jews from Lithuania almost entirely. Soviet control was dogged by nationalist resistance amidst the wilderness areas of the country – most famously the ‘Forest Brothers’ and so Lithuania was inevitably the first Baltic state to achieve independence in 1991, despite initial fierce repression. Today’s Lithuania, a member of the EU has a growing economy and a keen eye on the role of tourism in promoting growth.

You will encounter history, tradition and modern culture in equal measure in this outward-looking and welcoming nation.

Read more about tours in Lithuania and our other European tours