Since re-establishing its independence, Latvia has begun to regain its reputation as a land that stands at the cross-roads of the Scandanavian, Russian, Baltic and German worlds. And whilst its magnificent capital and port at Riga with Art Nouveau boulevards and medieval guildhalls rightfully draws visitors to wander its timeless streets, the country is in fact a hugely rural and wild one.

If you step beyond its enchanting castles and Gothic cathedrals, a vast and largely unspoilt wilderness greets you, resplendent with alabaster beaches, virgin forests and stunning wetlands.

Central to the ancient Amber Road’s success, once again the delights of this land of a mosaic of cultural influences are in the traveller’s consciousness.

Our inspiring group tour and tailor-made itineraries lead you into both the celebrated and unfrequented corners of the country. You will learn about the idiosyncratic practices of Latvia’s fish-smoking-houses and amber workers, explore the rippling dunes and swathes of soft sand along the pine-fringed coast and wonder at the incredible vistas and avifauna of Gauja’s ‘Northern Switzerland’ National Park.

Tiny fishing villages and medieval castles give you an insight into the lives of the powerful and the peasantry of a bygone age of shifting allegiances.

Strolling the streets or sliding through the waters of the Dangava River in Riga, the signs of 800 years of turmoil and trade are everywhere, from the elegance of the early 20th century to the buzzing cobbled market places that sell unchanging wares, still in the shadows of the great citadels of old.

We are both back. The trip was great and we are both glad we went. We are already working on putting together another tour.  Svetlana was great, as were the guides. 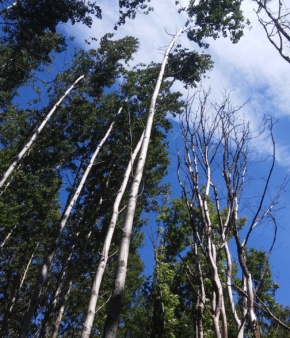 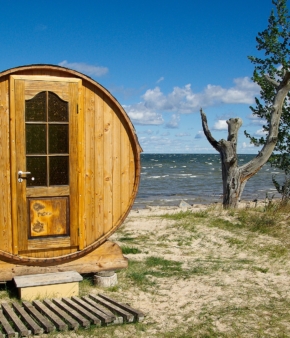 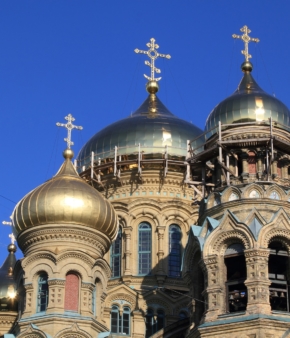 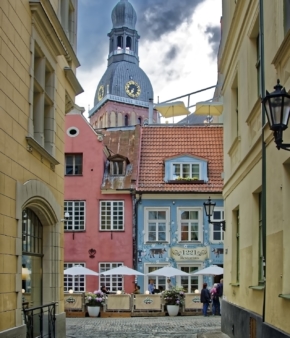 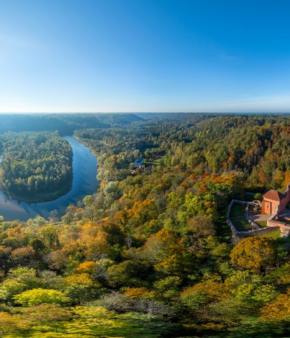 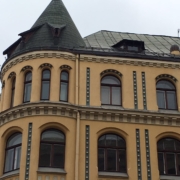 The visitor who wanders the streets of Riga will find themselves immersed in a series of vivid bygone worlds that celebrate the city’s medieval and 20th century trading successes, its religious collage of denominations, and its determined and repeatedly proud fights for freedom. Buzzing street cafés in the nooks and crannies of every town allow you to soak up a place that is unremittingly welcoming and beautiful in equal measure. Beyond its confines stretch huge tracts of pristine coastal and forest wilderness where nature remains wild and untroubled – a true gem of conservation and co-existence.

At a mere 64, 589 km², and with a dynamic capital city in the resplendent edifices of Riga, Latvia remains a country which is decisively rural in its character. The 1.9 million inhabitants occupy the coast and relatively small, scattered urban centres whose heart are characterised by enchanting medieval defences and Russian-influenced church spires.

Beyond lies the lowland countryside, less than a third of which is farmed. Instead you will find amazingly wild forests – 56% of the landscape is coniferous woodland – and the bogland plains, comprising 12,500 rivers, 2,256 lakes and fens that are a nature lover’s paradise. Again, much of the 500 km coast has huge swathes of untainted dunes, saltmarsh and beaches, all a legacy of a country which has had a firm eye on the need for conservation since as early as the 16th century. Latvia’s 4 National Parks and scores of other conservation projects mean that an impressive 20% of the landscape is under protected status.

Species which are under sever threat across Europe therefore thrive here and Corncrakes, Lesser-spotted eagles, Eurasian otter, wolf, bison and beaver, and even lynx are regular sightings to those who tread away from the towns. Yet the human impact here has been considerable and successful too: the country finds its origins with the arrival of Baltic tribes who traded in the lucrative amber, the dominant of which was the Latgalian people. The integral importance of the Amber Road to Latvia’s development is seen in the fact that it stood astride the trade route from Byzantium to Varangia and so the 4 tribes became iron age kingdoms, building hill forts to cement their position and trading as far afield as Egypt and Greece. The trend towards Christian conversion came late to Latvia and in the end was forced upon tem by the German Teutonic Knights, empowered by the Papal crusade on the ‘pagan north’ in 1193.

The resulting Terra Mariana or Livonia, a crusader kingdom ruled from Germany ushered in a period of prosperity – Riga and other towns joined the Hanseatic League and the great fortifications at such as Riga Castle and Turaida were testament to the growing influence of the area. With wealth came empire builders and the succeeding centuries were dogged by foreign invasions from Poland, Sweden and Germany. This in its turn brought religious variety and Lutheranism (in the west), Catholicism (south) and Orthodoxy following Russian annexation in the east gave Latvia its rich array of ecclesiastical architecture whose spires and towers rise elegantly above the old centres.

Despite a series of only brief moments of independence, most notably in the 1920s, and the ethnic cleansing that followed German invasion in the second world war, Latvian ethnic culture – its vibrant dance, art, folklore and, particularly song – endured decades of Soviet repression and survives today. Since the 1991 referendum for independence, the traditional ways have nurtured and are robustly in evidence everywhere: in its hectic markets selling sausage, black bread, smoked fish and cheeses, in its cultural celebrations and, significantly, continual conservationist stance on preserving the landscape that is quintessentially and so memorably Latvia.

Read more about tours in Latvia and our other European tours