Amidst the gentle world of Laos’ endlessly smiling people can be found a charismatic culture of dramatic contrasts: the few outsiders who visit here traditionally seek out the iconic Wat That Luang, Laos’ most sacred symbol, Luang Prabang’s royal palace and temples, or the picture-book retreat of the mighty Mekong’s 4,000 islands; yet beyond lies another undiscovered world of fascinating small temples, village traditions of dress, crafts and cuisine which provide the intrepid traveller with a unique connection to ways of life that have endured the vicissitudes of war, occupation, colonisation and slavery.

Expect a fascinating expedition into the exquisite natural delights and intriguing personal encounters within the world’s smallest communist state.

Beginning at the fabled and magnificent Buddhist temples, palaces and night markets of the historic cities, our group tour and tailor-made trips then explore deep into the rural heartlands of the country.

Often you will take advantage of its celebrated river arteries to encounter some of the most fascinating cultures of Laos’ many indigenous tribes and to enjoy the idyllic, thickly forested landscape and the natural wonders it hides. You will see how the nascent tourist industry is revitalising the land’s ecological assets in conservation projects and how the secretive hill villages are welcoming visitors to learn about their traditional ways of life at first hand, from fishing to bamboo paper making.

You will be treated to a fabulous range of culinary experiences and introductions to tracking and watching the jungle species of the reserves in areas few are privileged to encounter.

Places to visit in Laos and on our Laos tours 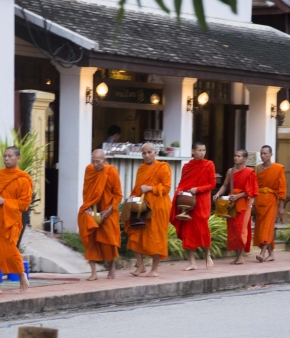 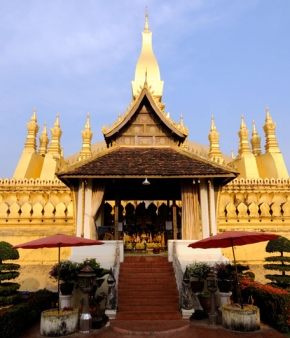 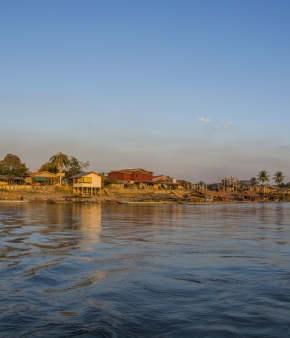 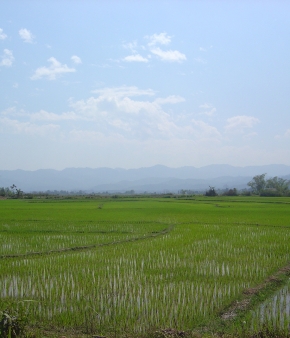 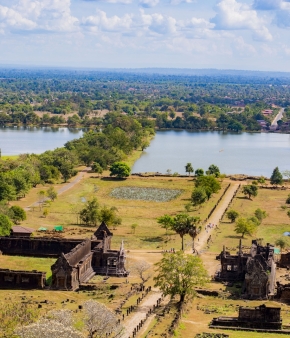 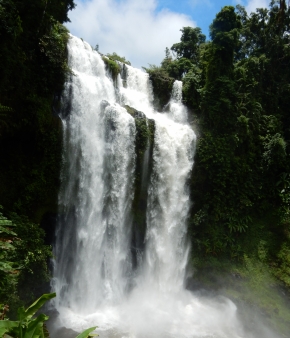 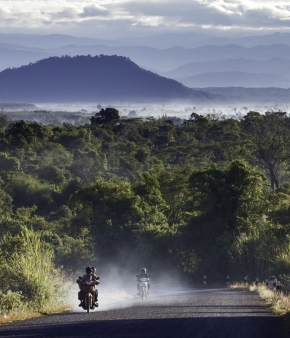 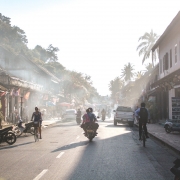 The deep forests and potent rivers at the core of south-east Asia host a long-sequestered and little experienced nation. Whether you are cooking sticky rice alongside the indigenous peoples who invented it, learning the intricate skills of coffee roasting and tasting amidst the Bolaven Plateau’s volcanic shield plantations, mesmerised in cavernous shrines filled by thousands of jewel-studded images of Buddha, or paddling along moonlit rivers to spy porcupine, deer and owls, this is a country where authentic encounters and genuine relationships with its landscapes and people will delightfully overwhelm you.

Not a place that immediately springs to mind in the former Indochina region, Laos even suffers from a misconception over its pronunciation: the ‘s’ is enunciated and refers to the plural of the Lao people, whose 53% make up the largest proportion of its population.

Yet the significant presence of Khmer, Hmong and indigenous hill tribes reveal something of the complexity of this land of just 7 million inhabitants. Squeezed effectively between Vietnam and Thailand, its history has been impinged upon heavily by both these nations as well as its narrow-border neighbours of Myanmar, China and Cambodia. Rice cultivation here dates back some 4,000 years and there is evidence of agriculture still further back; with the rice terraces and paddies came the copper and bronze age and the inimitable ‘Plain of Jars’ dates from this period – an unexplained array of hundreds of stone sarcophagi.

Trade with India is also recorded early here and gave rise to the first millennia B.C.’s string of Indian-leaning cultures – the Funan, Champa and Chenla kingdoms all being relatively unstable periods of regional rule. Laos came very much under the influence of the Golden Age of the Khmer kingdom in the 9th century, whilst the arrival of the eponymous Lao people from the north, accompanied by Theravada Buddhism, led to a slow unification through religion and a burgeoning sense of nationalism.

By the 14th century, the Kingdom of Lan Xang was founded by a Lao prince and the next two hundred years saw the beginnings of some of the country’s seminal building projects, in particular the symbol of the nation, the exquisite Wat That Luang in the modern capital of Vientiane / Viangchan. A blossoming of Laos’ culture ended abruptly in the 18th century when both Burma and Siam overran the nation, the latter setting it up as a vassal state and rich source of slaves. Following similar invasions from China, the monarch appealed to France and the European power added Laos to its French Indochina colony and established much of the modern urban face of the country we now see.

The natural resources such as gold, copper, lead and zinc were exploited with Vietnamese labourers encouraged to settle. However, even today, 80% of the population still work in subsistence agriculture and are spread far and wide up the narrow strip to the east of the Mekong and into the uplands of the broadly forested north. The French occupation brought a series of invaders in the 1940s – the Vichy administration, Thai troops, the Japanese and then the free French before the French re-established control until independence in 1953. The resultant state was socialist leaning and suffered massively as a result during the Vietnam War of 1964-1973.

During this period, both the Vietnamese factions invaded and the US dropped as many bombs here as they did during the campaign against Germany in World War II – 2 million tons in all. The tale of this is told ably in the COPE museum in the capital and locals will escort you to makeshift bomb shelters in remote caves. Bizarrely perhaps, the monarchy remained in the background here until 1975, whilst unrest and ethnic violence dogged the nation well into the 1990s, leading in particular to the Hmong refugee crisis across the Thai border.

Despite the turbulence of the 20th century, Laos is in relatively good economic shape, still mining its mineral assets, and selling large amounts of H.E.P. to its neighbours, harnessing the power of the hill descents if its huge river. Tourism though has been highlighted as a powerful source of income and up to 10% of the population are directly or indirectly linked to the industry now. With this comes the opening up of the rural areas to sustainable eco-tourism and projects to ensure indigenous cultures benefit and are supported by visitors. Equally, species such as the Indochinese tiger, sun bear, Siamese crocodile, Asian elephant and Javan rhinoceros – all under real threat of extinction locally – are seeing clampdowns on poaching and the establishment of 21% of the landscape as having newly protected status.

If your love of nature extends to avifauna, 740 species of bird can be found here and the tropical rainforest of the hills is a rich area for exploration. If you find yourself sliding down the Mekong’s tributaries, eyes transfixed on a group of flying squirrels, or sharing in the gravitas of a family’s Baci ceremony amidst luxuriant rainforest, or indeed witnessing the sunset casting iridescent ripples across the waters that glide through the Mekong’s 4,000 Islands archipelago, the Laos motto of ‘Simply Beautiful’ will surely seem undeniably apposite.

Read more about Laos and our other tours in Asia.