Georgia is a remarkable country. Following an uneasy period of independence after the dissolution of the USSR and a continuing difficult relationship with its belligerent Russian neighbour, Georgia is ascendant.

Fascinating historic cities give way to unique mountain villages occupying a landscape akin to a rustic Switzerland, all in the shadow of the Caucasus immense snow-capped peaks.

Trekking in Georgia, particularly in the springtime, must surely be among the most rewarding anywhere in Europe. Possessing a world-class cuisine, exceptional food and drink, amazing local wines and genuinely hospitable people, there are few boxes left to tick.

Combine a holiday in Georgia with our guided tours of Armenia and Azerbaijan and you can look forward to some truly unforgettable experiences. Go now…

Georgia is one of the least known nations of Europe, and in fact most people aren’t entirely sure whether it is actually in Europe. As a unique holiday idea, this country hidden away on the Silk Road and often eclipsed by its monumental neighbour hides a wealth of diverse secrets.

On our Georgia holidays, you can spend time in Tbilisi and marvel at the numerous and diverse cultures that have left their mark on this city. From Ancient Persia and Medieval European crusaders to Imperial Russia and Ottoman Turkey, explore its delightful old city and the imposing Narikala Fortress.

We offer you the chance to explore the various regions of Georgia on your travel experience. More than just a day trip you can travel into the High Caucasus to the wild and untamed province of Tusheti where age old traditions are still entrenched into the culture. Take one of the guided tours of the cave monasteries of David Gareji where 14 centuries of Georgian Christians have crafted an impressive rock-hewn monastic foundation.

And lovers of local wine will want to visit the ancient wine region of Kakheti, arguably the original home of all viticulture where you can taste the exquisite wines produced there. Undiscovered Destinations offer a range of holidays to Georgia from the Caucasus mountains to the Caspian sea.

A very enjoyable time. There is no doubt that this is a fantastic trip. We cannot praise the efficiency or dedication of the tour leaders in both countries enough. We all agreed that what the trip offered and from what was experienced, this tour represented exceptional value for money.

Places to visit in Georgia and on our combination Georgia tours 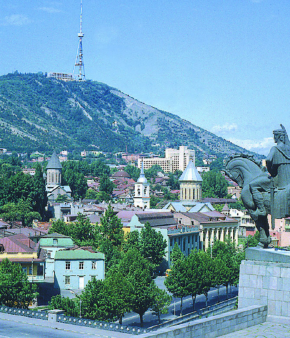 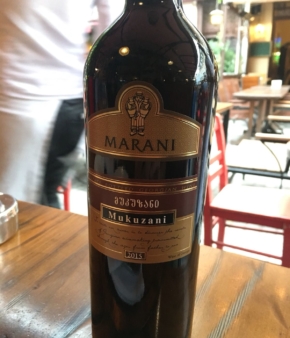 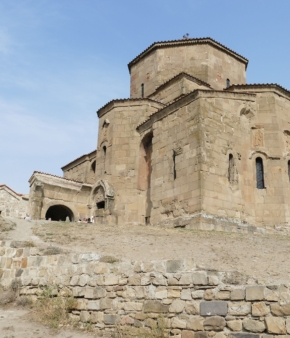 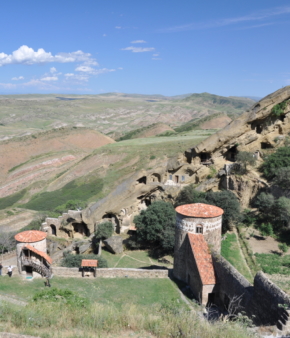 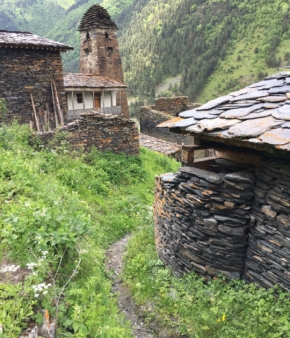 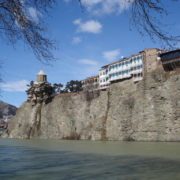 One of the highlights of any visit to Georgia is the capital, Tbilisi. Surrounded by mountains on three sides, Georgia’s capital feels neither European nor Asian, but rather an invigorating fusion of both. Founded in the 4th century by King Vakhtang Gorgasali on the site of its warm mineral-water springs,  Tbilisi rapidly developed into the principal city of the Caucasus and by the 12th century it was one of the most important political, economic and cultural centres of the region. Today, Tbilisi is a delightful city to spend time in. If you have spare time, then head to the restaurants and cafes strung out along both the left and right banks of the river where you can sample some of the local delicacies and watch the life of the city pass you by.

Even for those who regard their wine knowledge as broad and inclusive, the vines of Georgia will, in all probability, have largely escaped them.  Incredibly, there is much evidence to suggest that Transcaucasian wine making may date back over 8,000 years, making it the probable home of the cultivation of grapes and production of wine. In fact the Georgian word ‘gvino’ gives us our modern name for the drink.

Families widely produce local wine on a small scale and the original Georgian method of underground fermentation in ‘kvevri’ – large earthenware storage vessels is having a renaissance. Georgia now annually produces 150 million litres of wine in 18 specified areas, of which Kakheti is by far the largest and boasts the most celebrated and prized bottlings, including the excellent Kindzmarauli.

Both whites and reds have traditionally veered towards the sweet, but this is evolving as the wine industry grows in influence and a wide range of styles and preferences are now catered for.

International interest in Georgian wines is burgeoning, but on our escorted tours you will certainly have access to a range of tastings which have yet to emerge beyond the region’s borders.

Read more about Georgia and our other European tours.

View Our Destinations In Georgia