Retrace the steps of the great European explorers of the 19th century as you voyage the inimitable reaches of the Middle Congo. Kinshasa ‘La Bella’ offers you a wonderful insight into this land of equatorial rainforest and incredible biodiversity, as you experience first-hand a rescue project for orphaned Bonobo primates.

The great river awaits you then, the deepest and most powerful waterway in Africa and the artery that connects a huge basin that covers a seventh of the whole continent. Travel its waters in a truly unique encounter with the plethora of vessels and people for whom this is the lifeblood of their existence. This will truly be an adventure like no other.

Our pioneering group tour in the DR Congo offers a variety of ways of voyaging along this magnificent river. Whether you head up or downstream, you will experience a world far removed from your own aboard the 30 foot wooden boat that plies its way from Kinshasa to Lisala and then to Kisangani. Eat meals on board and camp alongside the mighty Congo beside glorious jungle, under night skies that fairly ooze constellations.

By day you will pass all manner of vessels and will be ambushed by eager pirogues rushing to offer goods from nearby villages. You will glide the fathomless waters through reserves with colourfully abundant birdlife, with chances of glimpsing chimpanzees, river hogs and monkeys amidst the foliage.

Life spent on this great waterway, luxuriating on your gently rocking vessel, offers a unique opportunity to glimpse a secluded, but bustlingly fascinating world.

The Democratic Republic of Congo is a country that offers a fantastic landscape and very nice people especially along the Congo river. But after years of dictatorship and civil war the infrastructure is in a very bad condition and corruption is a daily experience… Your local team were perfect. It was a unique experience in a wonderful setting you will never forget! This had been my second trip on the Congo river with Undiscovered Destinations – and surely not my last one.

Places to visit in DR Congo and on our African tours 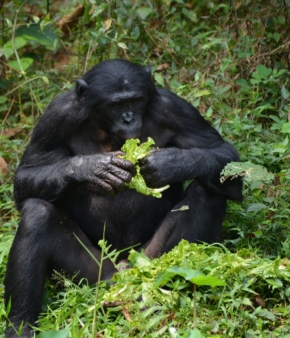 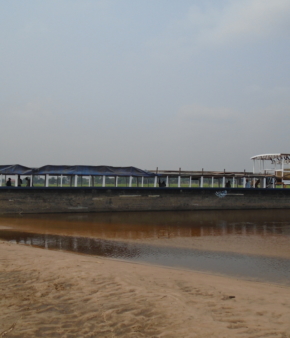 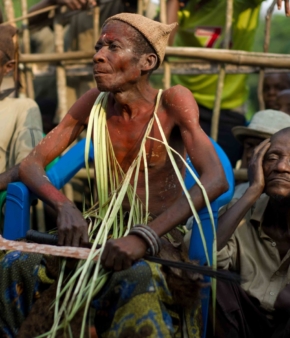 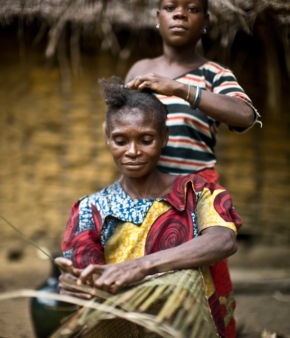 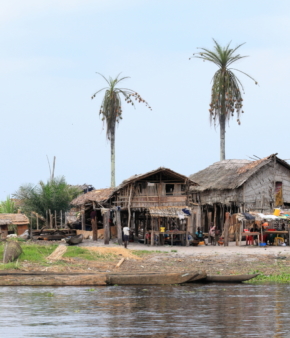 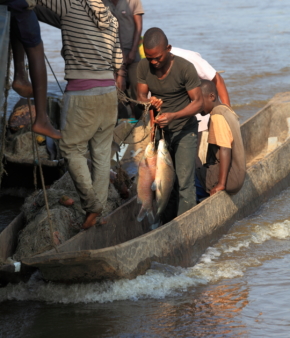 Life on the River 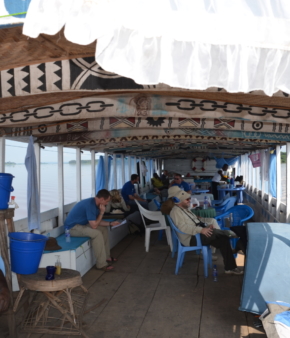 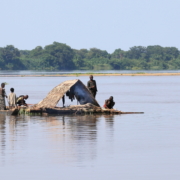 This is a peerless expedition for truly pioneering spirits. To ride the dynamic waters of the Congo River is an adventure which pushes deep into the ‘Heart of Darkness’ which so fascinated the European adventurers. The last area to be explored by foreigners, the river still holds a sense of mystery. Nights in tents and days aboard will lavish once-in-a-lifetime experiences on those privileged enough to make the journey, from bartering with a chaos of multi-coloured market boats to marvelling at the incomprehensibly overburdened barge chains which forge determinedly down its majestic course.

Few places on earth can be so inaccessible and yet so bursting with human experiences. This is a river of superlatives: 4,700 km in length from its source in Zambia, and the deepest river in the world, boasting an incredible 800 fish species and carving the great continent in half to form a river basin of 4,000,000 square kms. Bantu tribes first arrived here, displacing the indigenous pygmies, leading to the formation of the later Kongo kingdom which covered the entire basin with its capital at Mbanza Kongo lending its name to the river.

The first European, the Portuguese explorer, Diogo Cão, arrived in 1484 and he sailed briefly up to the Livingstone Falls and made contact with the king’s court. Further attempts to navigate the river foundered at these cataracts and so it was from the Upper Congo, or the Lualaka River that the next wave of outsiders sought to link together the pieces of the incomplete African river maps, first setting eyes on these higher reaches in 1796. Arab slavers had also penetrated the continent to this point, establishing the slaving depot of Nyangwe in 1860.

Only a decade later, David Livingstone and then Henry Stanley made attempts to link the Lualaka to either the Nile, Niger or Congo. The latter’s expedition, brutally difficult after encounters with disease, rapids and cannibalistic tribes, left Zanzibar and finally reached Kinshasa 1,001 days later having lost more than half of his 240-strong party to the aforementioned perils. Many of today’s settlements on the Middle Congo owe their origins to his influence. The Congo today is a strange series of contradictions: its waters still flows with incredible force, yet swirl deceptively peacefully on its indigo surface; the middle and upper reaches provide a vital lifeline to subsistence communities who still practise time-honoured customs and trades, yet the modernity of the approach to the river also means that the Democratic Republic of the Congo’s success with hydro-electric power makes it one of only four countries worldwide to run its energy entirely from renewable sources.

Indeed the isolation one feels on the river, so far from the bustle of Kinshasa and its rival twin capital Brazzaville across the river’s border, is seductive. Watching Nile and dwarf crocodiles slip deedily into its depths and gazing at languid forests which ease down almost sheer ochre coloured slopes to tumble into the waters and to see troops of monkeys at Yangambi Biosphere Reserve gently moving through the canopy, one could imagine that the region was entirely unpopulated.

Yet the constantly shifting, kaleidoscopically-coloured river markets and colossal jigsaw puzzles of barge rafts that throb with humanity, the tiny canoes that list wildly, brimful of pigs and goats and the timeless dynamism of the local fish farmers with their wicker traps, perched precariously on the Wagenia Falls all speak of a watercourse which throbs with a vibrancy which will make your expedition one that is replete with incomparable memories.

Read more about DR Congo and our other African tours.