Croatia is a region that has been familiar to travellers for many decades, drawn by its balmy azure waters along the Dalmatian coast and its proud array of medieval towns with their warrens of winding paved streets. Following the hiatus of the war for independence that rocked the former Yugoslavia in the 1990s, Croatia is now firmly back in the travelling consciousness.

The cities of Zagreb and Split speak of timeless sophistication, whilst the hundreds of islands form an endless archipelago of wondrous beaches and tranquil backwaters. Yet the jewel in the crown is the jaw-droppingly beautiful walled coastal city of Dubrovnik, a place which surpasses all expectations on exploration of its fabled centre.

Undiscovered Destinations group tour and tailor made itineraries follow in the footsteps of many previous visitors – the Illyrians, Romans, Venetians to name but an illustrious few. The coast of Croatia, known more properly as Dalmatia, is a sun-baked, lowland strip which is fringed by a staggering 1185 islands of mesmerising beauty. At its southern reaches you will find the ‘Pearl of the Adriatic’, Dubrovnik, an 8th century foundation which burgeoned into a powerful city state to rival Venice’s trading empire.

The terracotta roofs cluster within a 25m encircling battlement and will draw you back into a time of medieval maritime power struggles. At its core stands Stradun, a baroque-style street which rose from the rubble of the 1667 earthquake, and from it, you will find yourself utterly immersed in a world of palaces, fountained squares, churches and, perhaps most exquisite of all, the Franciscan Friary, dating from 1317.

Dalibor was one of the best and most professional guides I have ever had. He was absolutely superb. Nothing was too much trouble. He added a number of additional stops to the itinerary and was very well informed. He judged everything exactly right. I cannot praise him enough. Quite simply, it was a brilliant trip. You could not ask for more.

Places to visit in Croatia and on our Balkan tours 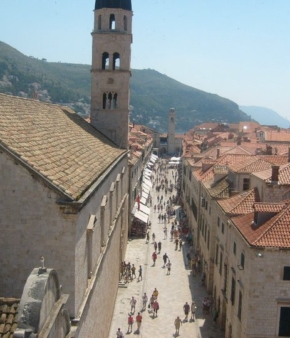 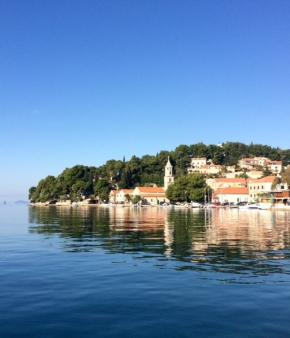 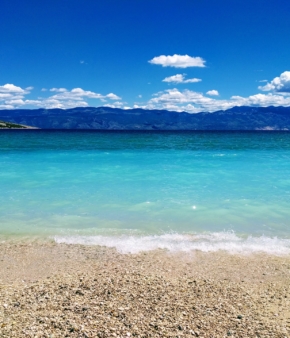 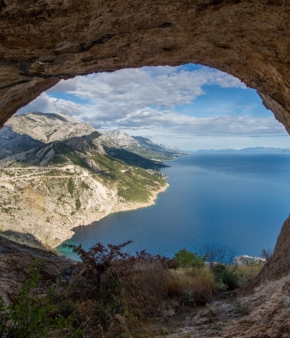 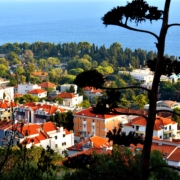 The small state of Croatia only numbers about 4.2 million inhabitants, yet it punches well above its weight in terms of historical importance and seemingly endless sites and landscapes on offer. The wonderful climate that we enjoy today has made it a draw for the great Mediterranean civilizations:  its coastal cities and island towns entice you to step back in history through their timeless streets and plazas and boast some of the world’s best Roman sites.  The interior, with 8 abundant National Parks shows Croatia’s biodiversity and beauty at its very best.

Always western leaning, Croatia’s modern populace strongly identifies themselves as European, as opposed to ‘Eastern’. The dominance of the Catholic Croat ethnicity following the turbulent 1990s civil war cemented the national identity which has developed determinedly for centuries; today the country is a highly attractive destination with an Adriatic coast over 1800km long and a benign climate, proudly touting itself as “Our beautiful home”.

It has ever been thus: by 229 B.C. the Romans gleefully subdued the Illyrians, leading to a building program in ‘Illyrica’ and ‘Pannonia’ epitomised in the Split’s palace of Diocletian and the magnificent colosseum of Pula both of which rival any Roman archaeological site for beauty, grandeur and completeness. When the Empire divided in 395, the region remained in the Western realm. The 7th century influx of Slavs – in particular the Croatian tribe – established the character of the modern nation and by 925 Duke Tomislav had united the country.

By the age of Ottoman expansion, the geography of Croatia which naturally divides it into two distinct regions came into play: the coastal strip sought protection from the Venetians, a power which they had long rivalled; behind the huge forested mountainous range, Slavonia and Croatia turned to the Austro-Hungarian superpower and the region speaks hugely of Haspburg influence in its culture, and buildings in such as the grand capital of Zagreb.  Resistance to the Ottomans assured, Croatia began to strain under the yoke of the Austrian and Hungarian lordships. 1940s Nazi occupation saw a period of horrendous ethnic violence and it was not until Tito’s rise to power in 1945 that the Croatian republic’s boundaries were drawn.

Following the 1990s’ costly independence, peace allowed for visitors to once more head in order to experience its myriad of attractions. Whilst George Bernard Shaw’s assertion that “those who seek paradise on Earth should come to Dubrovnik” still resonates today, the city is an excellent springboard for travel beyond: Rovinj and Split offer magnificent old centres and the islands of Dalmatia such as Korcula and Hvar are proud medieval centres of sea-trade set in sapphire waters, where ancient artisanal crafts such as lace making still flourish.

With exquisite dining, elaborate and diverse architectural gems and a landscape that still holds some of Europe’s last wild bears, wolves and lynx, Croatia has boundless reasons to tempt any visitors to this simply delightful region.

Read more about Croatia and our other European tours.