Why Travel to Bosnia-Herzegovina?

Bosnia’s very name, to the unacquainted, is synonymous with the civil war and sieges from 25 or more years ago. This has meant that much of Bosnia has remained an untouched tourist destination, with very few overseas visitors contemplating seeking out its various delights.

Straddling two vast historic empires to the east and west, the dramatic mountainous landscape and beguiling medieval cities and towns offer an intriguing glimpse into a melting pot of cultures.

Dwarfed by the success of its neighbours as a destination to explore, the two distinct regions of Bosnia to the northwest and Herzegovina to the southwest still have much to reveal to the outside world. They offer the visitor a compelling insight into a land which has seen turbulence, triumph, and transformation during every new embodiment of its compelling character.

Bosnia and Herzegovina are but one of 11 countries in the Balkan peninsula – a geographic area of Southeastern Europe encompassing some of Europe’s most overlooked countries. But, unsuspectingly, they are home to a wealth of fascinating cultural, historical, and ethical heritage that is enough to leave any visitor in awe.

You can learn more about this alluring region on our Balkans holiday page to get an insight into what all of the fuss is about in this lesser-explored fraction of Europe’s vast empire.

Highlights of a Holiday in Bosnia

Our fantastic group tours to Bosnia and tailor-made itineraries delve into the world of ancient Illyria and its beautiful remains, Rome’s municipal glories, the dominance of the Slavic peoples during the opulence of the medieval period, and the powerful influences of the Ottoman conquest.

You can meander along the languid upland routes and imbibe the inspiring views of hill-top citadels that have witnessed last-ditch defenses against invaders from the East. Whether it be plunging into the depths of river gorges to unearth idyllic monasteries, or strolling through the lively cobbled streets of Sarajevo or Mostar, experience this myriad of influences effortlessly blending together during a holiday in Bosnia, and prepare to be enchanted at every turn.

Don’t know where to start? You can visit some of the must-see destinations and sights in Bosnia during our Balkan Explorer Tour whilst also indulging in learning about the history and culture of a medley of other former Yugoslav republics. However, if you’re looking to take the reins during your next holiday in Bosnia, you can speak to one of our knowledgeable travel advisors who will help you plan your next trip to create the perfect itinerary for you.

To experience the best that Bosnia has to offer, having expert guidance and insight alongside a carefully planned itinerary will ensure that you’re getting the most out of your trip. With a private and small group tour, you can ensure that you have the opportunity to explore some of the country’s most famed sights and destinations, alongside lesser-explored gems. And with expert knowledge along the way from local tour leaders, who are experts in Bosnia’s regions, you can learn more about the wealth of offerings that this country has in store for you.

Dalibor was one of the best and most professional guides I have ever had. He was absolutely superb. Nothing was too much trouble. He added a number of additional stops to the itinerary and was very well informed. He judged everything exactly right. I cannot praise him enough. Quite simply, it was a brilliant trip. You could not ask for more.

Places to visit in Bosnia-Herzegovina and on our Balkan tours 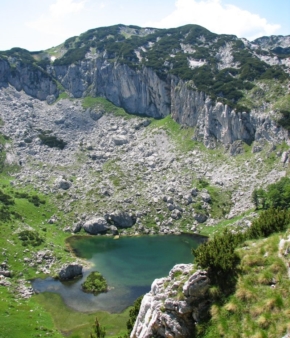 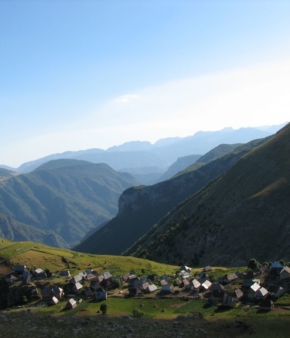 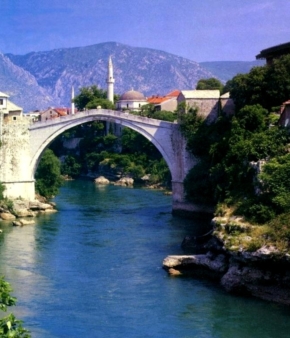 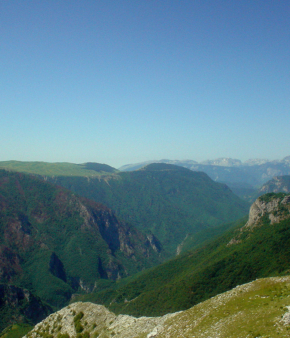 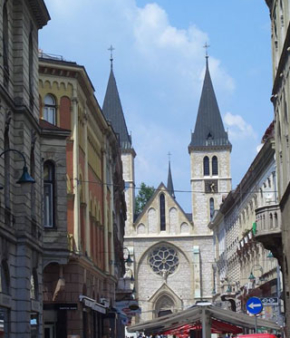 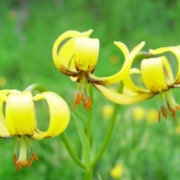 An overwhelmingly rural landscape, Bosnia has a small but stunning coastline that many can’t help but gape at.

But the country’s true natural beauty lies in its rugged upland terrain, predominantly rising well above 1,500m. A visit will reveal exquisite turquoise gorges spilling from snowy peaks and high wooded plateaus that subside to the fascinating cities of Ottoman-inspired Mostar and Sarajevo, where eastern tradition bazaars and copper domes blend with the grandeur of the Austro-Hungarian Empire’s edifices.

Visitors come to marvel at the southern region of Herzegovina’s capital, Mostar with its grand Stari Most (‘Old Bridge’), to explore the stunning 600-year-old Dervish monastery of Blagaj and discover the array of beautiful mosques and churches at the heart of Sarajevo, the northern Bosnia region’s centre. But, there is always time to also enjoy the plentiful and little-known traditional fare on offer: cured meats and rich stews are popular choices, served with flatbreads and crisp burek, stuffed with cheese and plated with exotic salads.

Modern Bosnia-Herzegovina is a complex fusion of cultures. The main ethnic groups of Orthodox Christian Serbs, Bosniak Muslims, and Catholic Croats have once more rediscovered their social harmony, and mosques and churches stand proudly together in a nation that has traditionally celebrated its diversity. Yet a tour of the array of remarkable historic sites and natural wonders offers the visitor an insight into a land that has experienced the highs and lows of dramatic shifts in social influences.

The nation’s origins lie in the highly successful Illyrian-Greek civilisation which gave way to the Roman conquest and then the westward onrush of the Ottoman Empire in 1482. Growing rich on an enviable blend of salt and silver trade, the region was to experience further conquest from the Austro-Hungarians, famously leading to its pivotal role in the commencement of the First World War over the assassination of Franz-Ferdinand of Serbia in Sarajevo’s streets – a site still commemorated with mixed feelings.

Since the rise and fall of communism in the Yugoslav region, under Tito, Bosnia has battled through the horrors of the 1992-95 civil war in order to once more carve out a proud sense of national heritage.

Peace and tolerance were hard won and the Bosnians are at real pains to embrace outsiders. The country’s coffee culture is made up of a blend of Slavic and Turkish hospitality and you will seemingly find a coffee house on every corner. Local markets are a rich source of handicrafts from copper goods and jewellery to lace and beautiful hand-made carpets.

Bosnia is a world that still eludes most travellers, but one which boasts natural and historic beauty to whet every appetite.

FAQs About Holidays in Bosnia

Is Bosnia safe for tourists?

The level of crime in Bosnia is generally low, with crimes committed against tourists being rare. However, much like other European destinations, you should be wary of pickpockets in crowded and popular areas as well as on public transport. As you would in any foreign country, during your travels to Bosnia-Herzegovina, you should remain vigilant and stick to populated areas, particularly at night time.

What is the best time to visit Bosnia and Herzegovina?

We would highly recommend visiting Bosnia and Herzegovina either in early Summer, between May-June, or early autumn, from September to October. This way, you can ensure you’re not facing its hottest temperatures but instead can relish its warm, pleasant weather with fewer tourists around and when the natural landscapes are most idyllic.

Is Bosnia cheap to visit?

Bosnia is a very affordable European destination for a getaway. Food in lovely, local restaurants may only set you back by around €15 for two courses, and a beer by only roughly €1.50. You’ll also find some very affordable accommodations throughout the country, costing you no more than €25 on average, even in its most popular cities.

How many days should you spend in Bosnia?

Spending at least four or five nights in Bosnia and Herzegovina will ensure that you witness the splendours of this lesser-discovered Balkan gem for all it has to offer. This way, you can ensure that you visit the top destinations in the country, including Sarajevo and Mostar, but also its lesser-trodden routes.

Read more about Bosnia and our other European tours.