Possibly the Gulf of Guinea’s least known country, Benin should be on the list of any African traveller. A country of mainly open savannah, with coffee plantations and oil palm, it is the culture and history of Benin that attracts visitors rather than any stand out natural attractions.

From former slave towns and centres of the voodoo religion to the history of the Dahomey kingdom, with its grandeur and brutality, Benin is a fascinating country to explore.

When visiting Benin, a visit to Abomey is a must. Abomey was once the capital of one of Africa’s greatest nations, Dahomey, whose rulers struck terror into the heart of surrounding tribes as they made war, conquered land and captured slaves.

Its kings built numerous palaces, only two of which remain, the rest having been burned to the ground when the French attacked. Dahomey was a powerful kingdom, and put up fierce resistance to French occupation but in the end was defeated. The kingdom employed a large army, including regiments of female ‘Amazons’. The remaining palaces have been turned into a museum which contains artefacts from Dahomey including a throne which sits on top of human skulls.

Crossing this fascinating landscape draws you inexorably into the extraordinary range of cultures that still thrive here. The dramatic regal palace and the crumbling previous indigenous residences of rulers reveal the powerhouse of the southern Dan-Homey kingdom, whilst the brutal echoes of French slaving still show in the fortified villages of the north.

As you meander through this most obscure of West African cultures, the sacred voodoo fetishes on so many corners remind you that this is a world which seeks spiritual guidance from the dynamism of nature.

To the traveller, Benin gladly opens its doors and its spiritual heart, revealing a world that seem to step straight out of your imagination.

This was a really good itinerary and we saw some really interesting sights. Sena seemed to have a great network of local guides and information providers that led us to burials, guest of honour at an Ashanti funeral, local village festivals. We really enjoyed ourselves. Thank you.

Places to visit in Benin and on our Benin tours 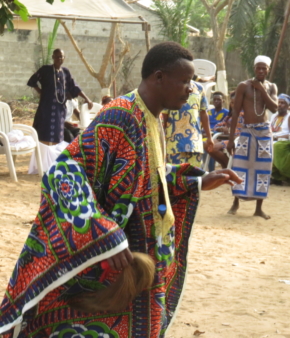 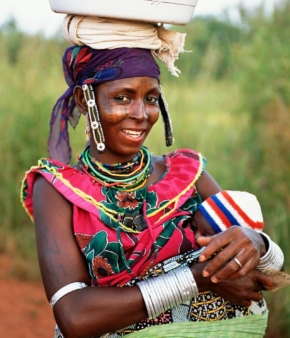 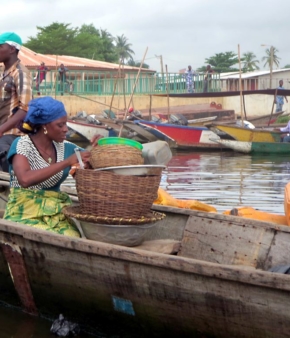 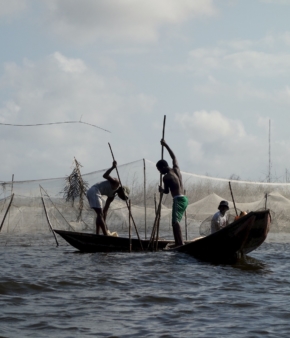 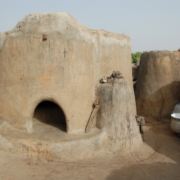 Immerse yourself in a land of enigmatic religious practices and thrill to the voodoo festival’s raw exuberance. Slip through the silky grey-green waters of coastal lakes and barter with the cacophony of trading boats for the rich fabrics and succulent fruits of the tropics. Let the tribal elders of the Tambera people share the secrets of their traditional costumes and the ingenuity of their earthen fortresses. Above all, marvel at the richness of a series of vibrant cultures which have weathered invasion and war to share their magical heritage with you.

Benin is a land shrouded in mystery: its relative seclusion until recent years and the fact that the majority of the 11.5 population dwell close to the coast mean that the substantial interior of around 115,000 km² is obscure and escaped heavy colonial influence. Add to this the myths and terrors that outsiders traditionally built around the nation’s famous (or indeed infamous) Vodun religion – ‘voodoo’ in lay terms – and the sense of this being a destination where folklore and fiction hold sway is complete.

The reality is a stark contrast: over 50% of the population belong to the locally burgeoning Christian faith and the people of Benin are a charming, imaginative and always deeply hospitable set. Perhaps more surprisingly then for world of supposed superstition and clichéd terrors, Benin is a centre of academic renown: the Catholic mission schools have turned out generations of students whose renown and indeed presence has spread successfully across West Africa.

Yet Benin is also a wonderfully varied, vivid and diverse place: 42 different ethnic groups offer the visitor a dizzying array of encounters with people whose traditions and art are prized and still thrive across the length of this narrow country. From the kaleidoscope of colours on the old quay-buildings at Porto Novo, with its mouth-wateringly corn, peanut and fruit-based exotic recipes, to the yam cultivating proud warrior cultures of the tribes that fringe the edges of the region’s most important National Parks that work at preserving the endangered West African lion population, elephants, antelopes and monkeys, this is a place where historic culture is alive and well.

The landscape offers equally fascinating variegation: the 121 km coastal strip is mangrove edged, marshy in places and has lagoons and lake-based cultures where market boats trade against the backdrop of stilt villages such as Ganvie on Lake Nokwe. This gives way to the remnants of the sacred forests of the Vodun peoples and the richly cultivated areas that metamorphose into the forest-savanna, dotted with massive baobabs and small hill villages that provided protection from the marauding slavers.

Finally, the highlands of the north turn semi-arid, but are also home to the two great National Parks of the nation. Little is known of Benin’s earliest civilisations, but the Fon kingdom centred on Abomey and dominated the south when the European influence was most pronounced. By the 18th century, this Kingdom of Dan-Homey was in full sway and reigned over the area with fierce brutality. Portuguese traders had first arrived in the 15th century and later established a fort at Porto Novo and which led to a huge increase in slaving, literally hundreds of thousands of people being transported across the Atlantic, mostly captives of the tyrannical regime. The dynasty earned the grudging name of ‘Black Sparta’ from European visitors, owing partly to its indomitable force of 6,000 warrior women. It is said that the abolition of slavery came just in time for the regime since its population was so depleted by human sacrifices as to be virtually unsustainable.

Hence, a weakened state crumbled before the French attack in 1892 and the whole region was forcibly colonized. Yet throughout the nest two centuries of foreign rule, independence, multiple coups and violent episodes, leading to today’s 1975 Republic and 1990s hard-won democracy, what has survived is the extraordinarily resilient culture: the skill-sets of centuries are preserved in artisanal centres and the old religions still abound.

To visit here is to slip gently into a world of timeless and fascinating cultural bounty.

Read more about Benin and our other African tours.