Sandwiched in the mountainous Caucasus region on the silk road between Asia and Europe, the former Soviet republic of Armenia is a fascinating and delightful country to explore. Undiscovered Destinations tours cover the highlights of the country and we can also combine touring Armenia with Georgia and Azerbaijan, creating a complete Caucasus travel experience.

Armenia is the world’s oldest Christian nation with an astounding collection of ancient churches and monasteries which will captivate you. Explore the stunning Mount Aragats and Unesco World Heritage Sites on this selection of holidays to Armenia.

The capital Yerevan is a lively and engaging city that embraces modernity yet manages to retain its traditions. It is packed full of some of the best Soviet-style architecture to be found anywhere in Eastern Europe. For solo travellers on holidays in Armenia, you are never truly alone with the friendly locals always keen to take an interest in you.

Our small group tours and holidays to Armenia include lots of fabulous history, culture and scenery to enjoy. Isn’t it time you learned more about this intriguing country?

For anyone with an interest in religion, then Armenia has a wealth of churches and monasteries dating back a millennium. Even those with little interest in the religious aspect of these sites cannot fail to be impressed by the architectural styles and historical significance they have played.

Any good travel guide will include the must-see monasteries and churches such as Echmiatsin Cathedral, Geghard Monastery and Haghpat Monasteries. These have all been included in UNESCO’s list of World Heritage Sites.

The one site that you must not miss though is Khor Virap Monastery, the nearest point to Ararat Mountain and one of the holy symbols of Armenia.

Of course, there is so much more than the religious sites. Wine and brandy making are still very popular, with Armenia recently being named in the top 15 wine-producing countries of the world by CNN.

With a mix of Soviet history layered over centuries of Christianity, great food and drink and a some of the most astounding scenery anywhere, Armenia really is an undiscovered delight.

A very enjoyable time. I thought in terms of money and experience we go a lot for our money. Great to have local guides who really knew the country.

Places to visit in Armenia and on our combination tours. 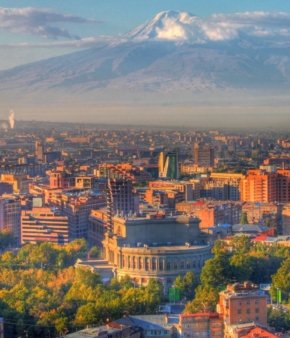 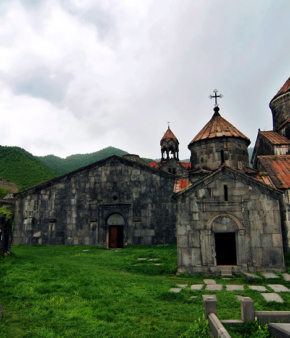 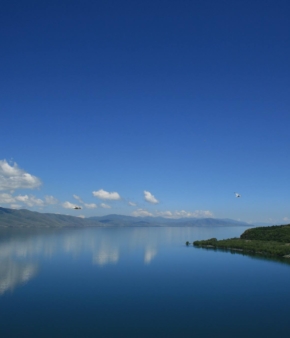 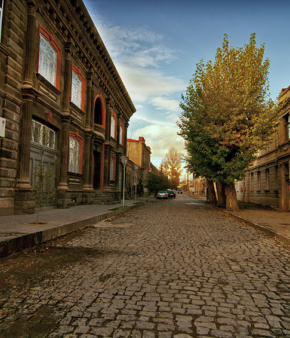 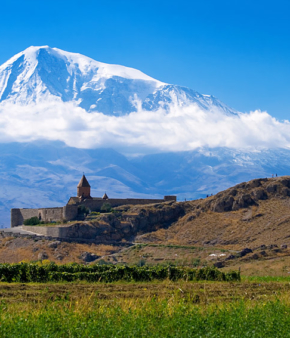 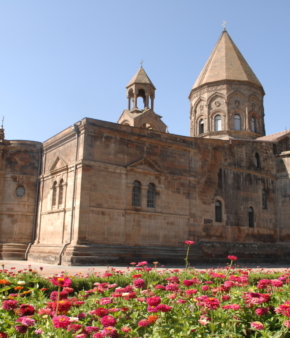 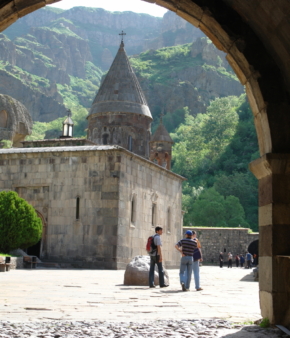 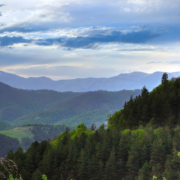 There is so much to Armenia, the fact that so few tourists visit really is difficult to understand. For the intrepid traveller or solo travellers who decide to give Armenia a go, the question really is where to begin?  You could spend a whole holiday exploring the  incredible Armenian architecture from ancient and medieval times or walking in the beautiful scenery of Dilijan; known as the little Switzerland of Armenia.

There are so many things to do in Armenia. Those who like to get a bit more ‘hands on’ may want to try making traditional Armenian flatbread at a Lavash masterclass or try some fantastic Armenian wine and take in the diverse city of Yerevan. The friendly locals will certainly make you feel welcome.

Then there are the simply stunning views of Mt Ararat from Khor Virap Monastery and the chance to breathe in the pristine air at alpine Lake Sevan. This area is popular for walking holidays and Undiscovered Destinations tailormade holidays can include this option for you.

No Armenia holiday will be complete though without a visit to the UNESCO sites of Haghpat and Geghard monasteries – masterpieces of architecture and with an aura difficult to replicate in our modern world.

Read more about Armenia and our other European tours.