Named after the mighty Zambezi, any trip here will inevitably wend its way in dusty safari vehicles to the sultry shores of the watercourses that wind through the scrub, savanna and miombo forest of its plateau and Rift Valley.

From the friendly shores of one of Africa’s jewels, stunning Lake Tanganyika, to the heartlands of Zambia’s ‘Honey Pot’ Luangwa Valley, swathes of this vast country retain their pristine nature; the majestic and abundant animals that still wander here are drawn like magnets to the cooling waters of the rivers too.

From big cats to swimming herds of elephants and buzzing flights of vivid kingfishers, let Zambia’s unfettered charms work on you too.

Our group tour and tailor-made trips visit the fertile, incredibly diverse region of the Luangwa Valley. You will explore its prolific wilderness regions where wildlife, secure within South Luangwa’s National Park, still exists in an untainted landscape.

Here expect to see fascinating endemic species from Thornicroft’s giraffe to Cookson’s wildebeest, huge herds of elephants, the elegant Crawshay’s zebra and an incredible array of antelopes and gazelles alongside some of the area’s 469 bird species. Luangwa Valley’s teeming 9,050 km² also contains the largest hippo population and highest leopard density on earth.

Beyond these natural wonders you will meet the tremendously welcoming local villagers who operate a vibrantly successful textiles project, sustaining hundreds of families and exporting its fair-trade products worldwide.

A wonderful tour and great guides. The safari experiences were excellent and better than I had expected.

Places to visit in Zambia and on our African tours 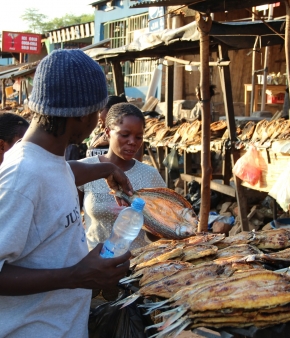 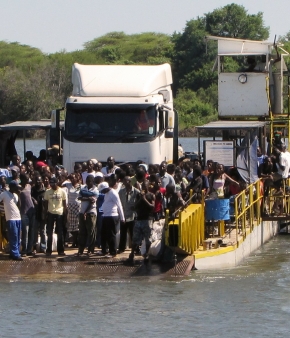 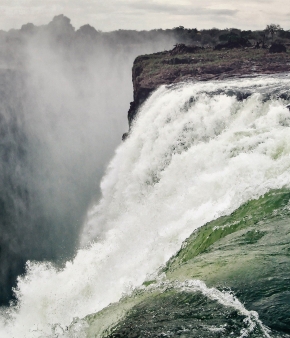 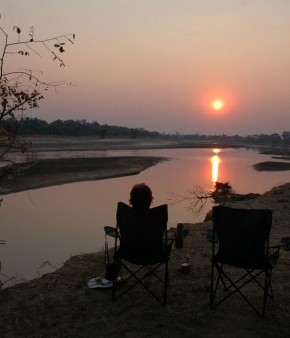 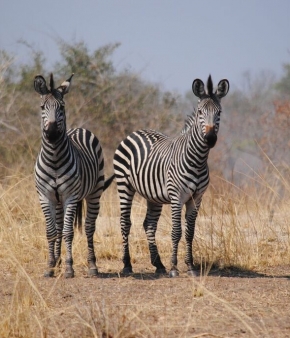 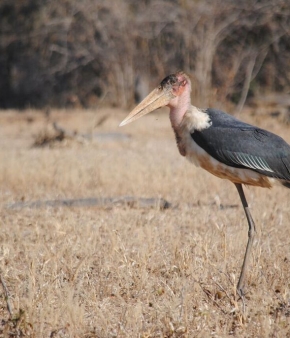 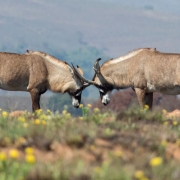 Modern humanity arrived late in Zambia and so this country’s 752,618 km² still offers a sense of vast spaces and unsullied natural experiences. In a country of huge rivers, expansive wetlands and the world’s largest cataract, the subsequent fertility brings prolific and diverse wildlife which is an utter delight to nature lovers. Whether you are sipping tea by the Luangwa as curious elephants trundle unabashed through idyllic lodges, or marvelling at flamboyant displays of carmine bee-eaters in Leopard Valley, your journey here provides the perfect blend of awe, enchantment and relaxation.

Still a fairly sparsely populated nation, Zambia’s 17.5 million inhabitants live in a landlocked landscape of tribal territories that vary from the capital Luanda’s bustle to the tiny rural villages that sit amidst some of Africa’s most compelling and plentiful National Parks. The dominant feature is the Zambezi basin whose tributaries include fertile, relatively undisturbed valleys such as the Luangwa.

The topography rises gently northwards to a height of 2,339 metres in the eastern mountains and its 14 ecosystems include the fascinating miombo forests which harbour a plethora of unusual flora and fauna, amongst them 757 bird species, 242 mammals and even 490 fish whose abundance, especially in Lake Tanganyika, fill the plates of many Zambia homes. These natural resources attracted hominids to the landscape as many as 2 million years ago , as evidenced by stone tools discovered, but the distance from the coast seems to have restricted human activity to small hunter-gatherer civilisations, with Khoisan heritage, until the advent of the great bantu expansion of the 12th century A.D..

Precious little is known about these, save through the extraordinary antiquity of oral tradition here which tells of arrival of the Tonga from ‘the big sea’ and the Nkaya from the north. As the Maravi Empire grew and flourished to the east in Malawi in the 16th century, other tribes gradually followed, but the modern tribal homelands of such as the Mbunda warrior culture, Ciyengele, Aluyi, Nsokolo and Ngami were only really established by the 19th century. The 73 different ethnic groups of modern Zambia therefore had far less impact on nature than elsewhere and many of the river valleys still remained pristine until the 20th century.

European explorers and traders were equally late here: a 1798 Portuguese expedition and then David Livingstone’s 1855 journey – famously ‘discovering’ and ‘naming’ Victoria Falls’ 100m ‘Thundering Smoke’ – opened the door to missionaries and pioneers. The success of the former is clear in that 96% of modern Zimbabweans attest to a Christian faith and the latter instigated the first attempts at copper mining. Indeed copper still provides 61% of export wealth to the nation. Livingstone’s missionary zeal was instrumental in driving towards eradicating slavery in the region, particularly aiming to stop the practice of kidnapping of weaker tribal culture’s strongest members by the Malawian Yao people and transporting them to Lake Malawi and on to Zanzibar.

Mining magnate Cecil Rhodes was at the forefront of establishing British protection for his projects and naming the region North East Rhodesia. Together with Barotziland to the west, the two were amalgamated to form North Rhodesia in 1911 and became a full Brutish colony in 1924. After a short merger with Nyasaland and South Rhodesia, an ANC and UNIP driven independence followed and the first elected president, Kenneth Kaunda, took office in 1964. As with neighbouring countries, the leadership remained in place and accumulated power so that it was not until 1991 that he gave way to allow free elections again.

Modern Zambia has begun to recognise its incredible natural resources, beyond those afforded by mineral exploitation and safari tours in its splendid national parks are a growing and successful source of income, meaning that investment can be poured into protecting its landscape from deforestation and, more significantly even, into combatting the poaching which has decimated its elephant, lion and rhinoceros populations.

The success of this can be experienced in such as the four parks of the Luangwa Valley, where lion prides, 70-strong herds of elephants and leopards are beginning to thrive and where rarities like Pel’s Fishing Owl and African darters make for some of Southern Africa’s most memorable wildlife encounters.

Read more about Malawi and our other African tours.