The Cold War coloured the childhood and lives of generations, an undeclared conflict that threatened to turn the Earth into a charred cinder. The mechanisms of the power struggle between competing ideologies were subject to much secrecy on both sides of the Iron Curtain.

This tour investigates the origins of the Soviet power in Ukraine, together with the country’s tangible vestiges of Cold War technology, from Stalin’s bunker, to secret early warning radar stations, missile bases, bomber forces, and the technology of the Space Race. In addition, there’s a journey into ‘the Zone’, the area surrounding the Chernobyl power plant, a ghostly site of the world’s worst nuclear disaster, initially denied by the Soviets.

Elsewhere, there’s an opportunity to learn about the ongoing conflict involving separatist Russian nationalists in Ukraine’s Donbass region, and the preceding annexation by Russia of the Ukraine’s Crimean Peninsula. As well as shedding light on decades of Cold War this fascinating journey explores events making history today as the Russian Federation attempts to regain lost Soviet influence.

In 1994, Ukraine signed the Budapest Memorandum and became the first country in the world to give up and destroy its nuclear arsenal. At that time Ukraine was the holder of the world’s third largest stock of nuclear weapons, which the country received as a heritage of the Red Army after the collapse of the Soviet Union.

During the Cold War period Ukraine was a base for a huge array of nuclear missiles and was the key location for potential nuclear strikes against NATO sites all over Europe. Thousands of missiles on both open and secret underground positions were targeting European capitals and main cities. Thousands of aircrafts, bombers and fighters were concentrated on strategic airfields ready to bomb and destroy any place they could reach.

After WWII the Soviets spent all their time building, arranging and developing a huge infrastructure to serve all this power for a war that never started. After the collapse and demilitarization of the Soviet Union, these sites, objects and structures still remain, mostly abandoned and forgotten.

Join us on this unique tour of Ukraine to visit these secret places which were classified and protected during Soviet times, and now stay neglected, serving only as a reminder of this dark period in history when the world was on the verge of destruction.

Arrive in Lviv and transfer to hotel accommodation. Depending upon flight arrival schedules there may be time to explore the city independently. Tonight there’s a welcome dinner. Overnight Reikartz Medievale Hotel or similar. (D)

Today our Cold War tour starts in Lviv’s mediaeval Old City. A UNESCO World Heritage Site. Occupied by the Nazis in WWII Lviv was important control centre for Soviet expansion into the west. We investigate both pre and post war periods, and learn why it was important for the Soviets and the KGB to defeat the Ukrainian Insurgent Army (UPA) who fought against the occupation for many years. We visit the museum inside the former KGB prison on Lonckyi Street, and the Territory of Terror Memorial Museum of Totalitarian Regimes where we are reminded of atrocities committed in the totalitarian world. Later we walk to the abandoned Radio Centre Bunker hidden in the hills. Overnight Reikartz Medievale Hotel or similar. (B)

There’s a very early start today, driving to the railway station to board the morning train to Korosten. Upon arrival we descend into the town’s old military command bunker, constructed within granite bedrock for Josef Stalin, later serving as a Cold War shelter for local Soviet leaders. Afterwards we drive to Zytomyr to visit the Sergei Korolev Museum of Astronautics, named after genius rocket engineer and spacecraft designer Serhii Korolev, who was born in Zhytomyr and worked as a leading designer of Soviet rockets and missiles during the USA/USSR Space Race. Later we visit the ‘Wehrwolf Bunker’ from where Adolf Hitler and his generals oversaw the eastern front during WWII. Overnight Hotel France or similar. (B)

This morning we drive to the Museum of Strategic Missile Forces, located near Pervomaisk, on the territory of the former missile base. This is the only such museum in the world, displaying the nuclear weapons potential of the so-called ‘Evil Empire’. Here we’ll see the main types of strategic missile still in service with the Russian military. We descend to the underground command centre, which remains exactly like a Russian combat control centre on active duty. Afterwards we travel to the small town Kropivnitsky. Overnight Reikartz Kropivnitskiy or similar. (B)

Please note: There is an option (at extra cost) to visit the Military Aviation Museum this morning. Please advise if you would like to take advantage of this.

*The road from Pervomaisk to Kropivnitsky is often in very poor condition and therefore the journey may take longer than expected.

After breakfast we drive to Dnipro and visit the Interpipe NTRP History Museum or Petrovkyi Plant Museum (subject to change). The museum has over 57,400 artefacts pertaining to Ukrainian industrial history.  Afterwards we visit Aerospace Centre and discover the history of rocket construction in Ukraine. Later there’s a two-hour walking tour around the city centre. Alternatively, there’s a chance to explore the new Museum of Anti-Terrorist Operation where we investigate the ongoing conflict with Russia in the Donbass region. Overnight at Reikartz Dnipro or similar. (B)

Today is dedicated to the third part of the nuclear triad, bomber aircraft capable of delivering atomic weapons. We visit the unique Poltava Museum of Long-Range and Strategic Aviation and examine examples of bombers, still on active service in the Russian air force, whose long-range flights across the Atlantic continue to keep the western world on its toes. Overnight Hotel Rus or similar. (B)

Today’s city tour of the Ukrainian capital explores the history of Kiev from the moment of its foundation in the Middle Ages through the Soviet period to recent revolutionary times. All these periods are deeply connected. In the post war period architecture in Kiev was much influenced by communist ideology. However, combined with Ukrainian baroque and modern European styles the contrast creates a surprising result, part green and leafy country town and part brutalist republican capital. We travel from the Old Town of Kiev to Maidan Square and on to the UNESCO World Heritage Site of Kiev Pechersk Lavra monastery complex, ending at the remarkable WWII National Museum complex. Overnight Rus Hotel or similar. (B)

Early in the morning we leave Kiev and drive to the largest abandoned area in Europe, the Chernobyl Exclusion Zone. Life here stopped in 1986 after the world’s worst nuclear accident at Chernobyl’s Vladimir Ilyich Lenin Power Plant. Gazing across the Zone’s landscape it’s almost as though the Cold War became hot. During the tour we see the remains of the plant and visit the ghost city of Prypyat. Here there are also many facilities built for Cold War purposes, including the over-the-horizon radar system, known as the Russian Woodpecker or Duga, part of a super-secret Soviet anti-ballistic missile early-warning network. Back in Kiev there’s a farewell dinner at a Ukrainian restaurant, a chance to share impressions and say goodbye to new friends. Overnight Rus Hotel or similar. (BD)

We offer this holiday in Ukraine as a private or tailor-made option. Prices start from £2325 per person based on two people travelling and excluding international flights.

Return flights from London to Lviv and back from Kiev start at £250. Contact us for a quotation as there are low cost operators also available.

Travel to Ukraine by Train

We know that for many of our destinations flying cannot be avoided. But we believe that for some of our tours, taking the train is a practical, affordable and most of all a very enjoyable alternative. Even flying in just one direction will have a very positive benefit on the environment. To compare the emissions for your next trip take a look at this easy to use emissions calculator – https://uic.org/ecopassenger.

One-way fares from London to Kiev or vice versa start at £200.

For a quote to travel from a European city other than London please contact us. We will advise you of the options, including routes and fares.

Contact us for further details about how we can help you plan the perfect environmentally friendly addition to your holiday. As well as train tickets, we can arrange stopovers along the way, including hotels and guided tours. 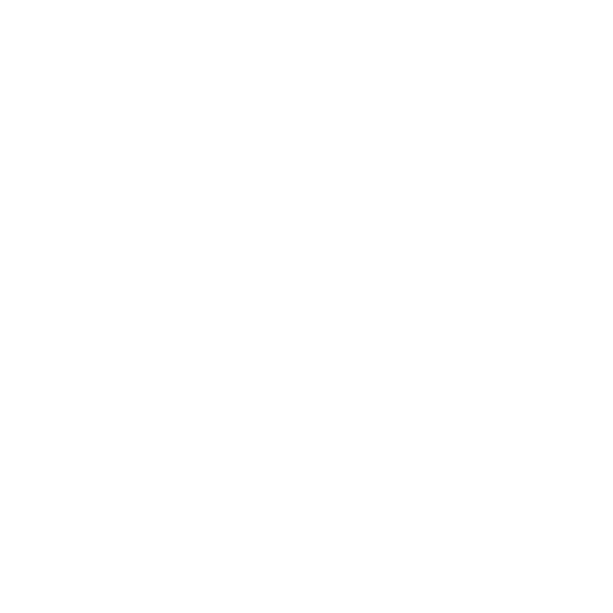 UD’s Cold War trip to the Ukraine was absolutely brilliant. Being able to launch a nuclear attack on the US using the original equipment at the decommissioned missile base was an unforgettable experience. The guide/interpreter and the driver were friendly and helpful at all times and went out of their way to make sure I got the best out of the trip. Thoroughly recommended.