This is a land dominated by the Nile and the stunning lakes of the great Rift Vally: from Lake Victoria’s vast expanses in the south-east to the shores of Lake Albert in the west, the land unerringly flows through abundant wetlands and expansive savanna, offering the visitor amazing wildlife viewing opportunities.

The 10 National Parks sustain some of Africa’s most celebrated success stories from mountain gorillas and chimpanzees to lions and the superbly burgeoning elephant populations.

Expect friendliness, fascinating cultural experiences and tribal diversity, wonderful insight into local community charity projects, and a nation which is proud to celebrate its natural glories with you amidst the very cradle of human evolution.

Our group tours and tailor-made trips embrace much of the wondrous natural glories of Uganda’s landscape, showing you a great deal of its fascinating topography and incredible wildlife.

You will be mesmerised by the mighty Nile, its dramatic waterfalls and even visit the source of the great river. You will range from one stunning wildlife park to the next, seeing endangered species in rhino sanctuaries and tracking chimpanzees in lush evergreen rainforests, marvel at the plethora of bird species in glistening swamplands and, in perhaps the highlight of any visit to Uganda, wander amongst families of mountain gorillas – an incredibly privileged encounter with these most noble of our distant relatives.

Beyond the abundance of nature stand the wonderful people of this nation, proud adherents to their ancestral kingdoms, and delighted to share with you their culture, skills and cuisine in exchanges that will remain with you forever.

Highest commendation to our driver / guide Fred Kambugu for his excellent driving skills. As we had specified we wanted to see birds he made a big effort to allow us every opportunity for this even when we werre in transit.

Places to visit in Uganda and on our African tours 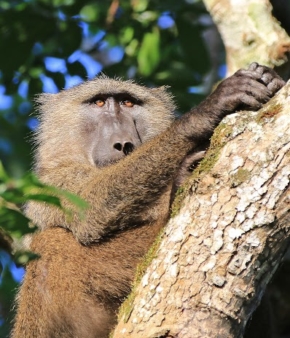 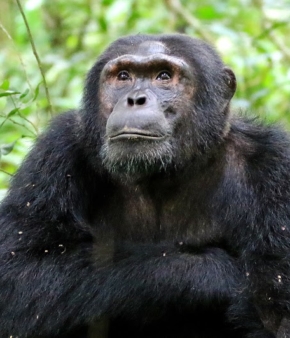 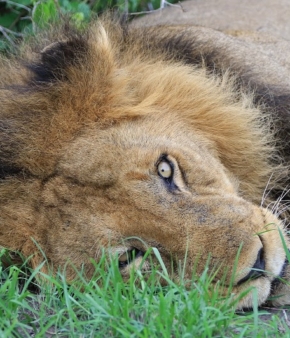 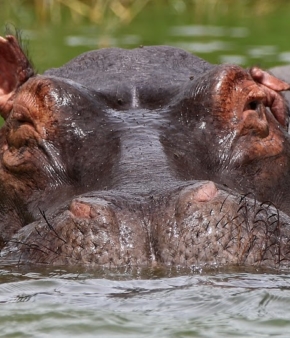 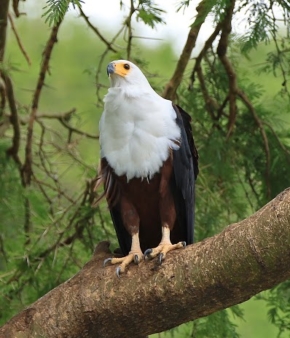 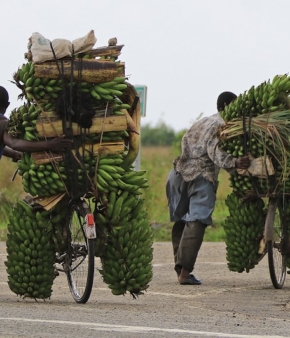 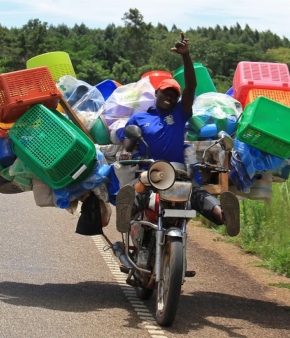 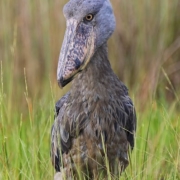 The chance to drink in the thrill of sitting close to a silverback male mountain gorilla in command of his territory and family, or the opportunity of stealthily tracking a whoop of chimpanzees through pristine rainforest, or to stand beside the raging torrent of the Murchison Falls as gangs of hippos and shrewd-eyed crocodiles laze in the calmer pools below, or join remote villages’ schoolchildren in their exuberant songs and dances – all are laid liberally before you in Uganda. This is a place where nature astonishes and the people embrace your arrival.

The origins of humanity seem almost certainly to have been amidst the lush expanses of the Great Rift Valley which forges its course through Uganda and certainly some of the stone age finds here indicate a culture that was well established on the abundant shores of Lake Victoria by 150,000 B.C. In a deep irony, it is in this region about 6 million years ago where the chimpanzee and homo sapiens divergence probably occurred and today the intrepid traveller is drawn inexorably to the wonderful opportunities that Kibale National Park affords those keen to reconnect with their ancient evolutionary cousins, clinging on to survival in this very special corner of the planet.

By 200 B.C. Bantu iron-age tribes had flooded into the region and these developed village cultures which form the basis for today’s rural identities. The first real knowledge of such communities is not recored until oral traditions that claim heritage from the semi-legendary Batembuzi of the 12th century who are still spoken of in reverential tones by those who adhere to the ancient religions. By the 14th century the Bacwezi had arrived from the north and their colossal earthworks can still be viewed near Ntusi. The development of the subsequent kingdoms had a seismic effect on what Uganda was to become and indeed still resonate through everyday life. By the arrival of Arab traders in the 1830s, the Buganda, Toro, Ankele, Busoga and, most dominant of all, the Bunyoro-Kitara kingdoms were in place and each strongly resisted outside influence: from the Swahili people in the east came Islam which reached a frontier at Gondoroko where slaving was centred; meanwhile the first Europeans were met with scepticism in 1862 and outright hostility after Samuel Baker, guest of the king of Bunyoro in 1864, returned to attempt to annex the region from his base as Governor General of the notional ‘Equatoria’.

His efforts were rebuffed, as were Gordon’s in the following decade, but the remains of the forts both built stand as testament to the imperial forces that were irresistibly now focused on the area. The divide-and-conquer technique worked well amongst Uganda’s then kingdoms and from the east white settlers came and, after a prolonged religion war with the Muslims, Christian Britain sent missionaries, diplomats and military might to force first Buganda and then neighbouring realms to join the British East India Company as a protectorate in 1894.

Puppet rulers from the existing monarchies were tolerated and a form of semi-autonomy made the new colony of Uganda notionally more free than in other African nations, yet also sowed the seeds for huge political upheaval when the nation was formally granted independence in 1962. Initial democracy almost led to civil war over contested Bugandan provinces and the whole political scene altered catastrophically with the coup and subsequent brutal regime of Idi Amin in the 1970s, leading to the murder of 300,000 people and the expulsion of the entire Asian population. Since the 1980s, Uganda has had a single leader and has been embroiled in a series of neighbouring conflicts and even a northern uprising. However, political stability and peace has coincided with a genuine engagement with the need to conserve the landscape and wildlife that has always characterised this beautiful country.

The 60 protected regions and the government’s funding for protection of species – most famously in its efforts to raise the elephant population from 700 to 5,000 since the 1980s – has made this a country that is a wonderful prospect for nature lovers. Over a thousand bird species can be viewed here and efforts to re-establish white rhino populations at Ziwa and guard against poaching of the rare Rothschild giraffe in Murchison Falls are excellent examples of unique opportunities to salvage the homelands of endangered mammals.

Whilst the success of these projects depends largely on the co-operation and coexistence of cocoa, coffee and sugar plantations with true wilderness species, the nation is truly awakening to the notion of educating local people in the benefits of small-scale and sensitive tourism, opening up incredible experiences for generations of visitors to come.

Read more about Uganda and our other African tours.