Turkey straddles both continents and cultures, encompassing some of the world’s most significant empires and events in its three millennia of history. In Istanbul this is best exemplified: days spent wandering its extraordinary centre of stunning mosques, once the great basilicas of the Eastern Roman Empire, reveal the complex importance of this culture. The city has seen Greeks, Romans, Orthodox Christians, wayward Crusaders and Ottoman Turks all clamouring at its cyclopean walls; even today, modern Turkey is an enigmatic blend of the modern and the conservative. Standing on the Bosporus, your eye gazing at Asia, the waters an artery between Russia and the Mediterranean, the tumultuous beauty of this place is inescapable.

Our fascinating tailor-made rail tour leads you across Europe to the furthest reaches of the continent. Along the way, as the distance from London grows, so too does the sense of the exotic. Traversing the Alps via the fabulous Arlberg pass you pause to embrace the elegance of Vienna before following the Danube as far as Budapest, gateway to the mysterious East. Exploration of the city’s regal centre and ascent to enjoy Buda castle’s panorama, is essential, before your train journey climbs into the dramatic Transylvanian Alps toward stays in Romania’s often overlooked magical medieval towns of Sibiu and Brasov. Descending to Bucharest and pausing to immerse yourself in the Old Town’s seductive cobbled streets, you then board a sleeper which whisks you through the night to Istanbul to enjoy time in a city with an extraordinary history and simply fabulous sites.

Places to visit in Turkey 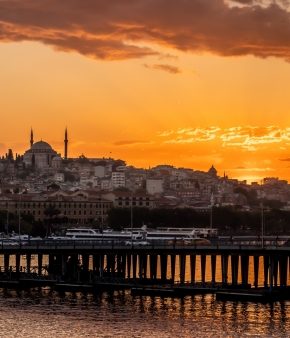 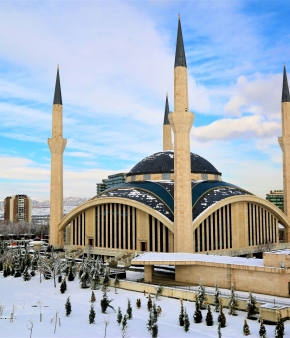 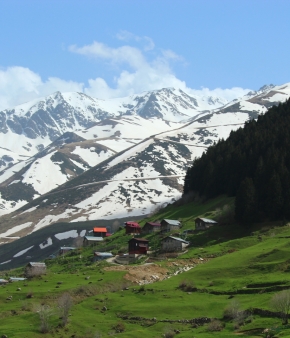 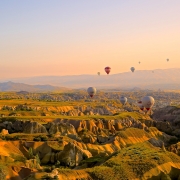 Here you wander in the footsteps of the colossuses of history: Constantine the Great made this the centre of his empire, Mehmet II captured Istanbul and set up the mighty Ottoman Empire from its gates, whilst modern day leaders like Ataturk and Erdogan have held the balance of power between Europe and the Middle East within their grips from here. Whether you are standing, mesmerised below the vast dome of the Hagia Sofia or bartering with carpet sellers in the labyrinthine Grand Bazaar, the timelessness and eminence of Turkey seems irrepressible.

A common misconception identifies Istanbul as the capital of Turkey and, whilst Ankara’s elegantly functional metropolis in the heart of Asiatic Turkey is the true seat of power, it is not hard to see why. Ancient Byzantium was a powerhouse of the Greek and Roman era and it was little surprise that Constantine the Great chose the city as the place to rebuild as his capital amidst turbulent events in Rome. The fracturing of the Roman Empire in 395 A.D. led to an artistic and political golden age in Nova Roma, or Constantinople as it became known.

The ancient walls that were built from the 330s held all at bay for 11 centuries in which Greek Orthodoxy thrived, building exquisite and huge churches, and the capital of the Byzantine Empire contained over half a million souls during its heyday. It also witnessed two incredible sieges, the first a shocking betrayal by the financially distracted 4th Crusade which sacked their fellow Christians’ city and established a brief Latin Empire, the second ending in a more decisive submission in 1453 to the Ottoman Turks under Sultan Mehmet II.

From there, the Ottoman Empire burst forth across Eastern Europe to the lands of the Ukrainians and Hungarians, a power which dwindled but only foundered in the 1924 establishment of Turkey, a rump of the original territories ruled from here.

Istanbul as it has been termed increasingly in the 1900s and by government edict since the 1990s, is a conglomeration of amazing historical sites that reflect the turbulence and vicissitudes of its history. The skyline is dominated by mosques, many of which were Orthodox basilicas in a previous incarnation and the Grand Bazaar, fortresses but the fortifications on its shores, the fabulous Basilica Cistern built as a water source for Constantine’s planned city, the tremendous walls, the beauty of the Golden Horn and its bridges and the outlying enclaves like Gelata and Fetih are a joy in which to spend countless hours.

And yet, Istanbul is merely the corner, albeit a glorious one, of an enormous nation and one equally imbued with a sense of historical and natural wonder. On its western Asian shores lie the remains of Troy, an archaeological teetering on the cusp of legend, the sites of cataclysmically important sites like the Council of Nicea at modern day Isnik, and Ani, abandoned capital of the huge Armenian Empire which now stands in empty shells on the grassy plateau at the eastern extremity of the nation.

Westerners may be familiar with the Antalyan strip of Mediterranean coastal development or the bewildering landscape of Cappadocia’s ‘fairy chimneys’, whilst there are few Roman sites to rival those at Corinth in the west. Of lesser fame is the idyllic Black Sea coast, and few come to explore the amazing ruins of Roman Olba, nor the remarkable mediaeval citadel of Mamure which gazes from its sea-lapped walls across the eastern Mediterranean towards Cyprus. Travel internally Turkey is remarkably cheap, and its train services east from Istanbul are extensive, with high speed trains linking to Ankara and such as the Dogu Express offering sleepers that take you across the border to Georgia, whilst Tblisi to Kars in eastern Turkey is a fabulous journey.

Above all, this is an unreservedly friendly nation who show consideration, care and unabashed hospitality to those who arrive similarly-minded. Family, a genuine love of children and friendship are lasting impressions which the Turkish experience will leave, making for a delightful stay in a land of elegance and intriguing antiquity.