Somaliland is a country that doesn’t exist, at least in a legal sense. However, as an oasis of calm in Somalia’s chaotic recent history, Somaliland’s unilateral self-declared independence appears to have much to recommend it.

The Horn of Africa is an interesting though frequently uncertain neighbourhood, a focus for trade and a place where African an Arab cultural DNA splits and recombines in surprising ways. Travel in Somaliland remains a pioneering undertaking, there is no tourist trail. An acceptance that comfort and convenience may be compromised is a prerequisite.

However, if you’ve read this far such shortcomings are unlikely to put you off, and instead form part of the attraction.

Somaliland is not Somalia. A self-declared independent state unrecognised by the rest of the world; Somaliland has its own government and currency and has escaped the chaos that has engulfed its notorious cousin. Perched on the Horn of Africa and bordered by the Red Sea, Somaliland is a country of proud traditions born out of its largely nomadic heritage, keen to welcome visitors.

This short trip gives the intrepid traveller a unique insight into a country that does not officially exist. Starting in the capital Hargeisa we wander the markets and soak up the atmosphere before heading to Borama, Las Geel, Berbera and Sheikh where we meet local nomadic communities and learn about the challenges they face in this parched corner of the continent. After visiting the eastern towns of Arabsiyo and Gabiley, we then travel to the spectacular rock art site of Las Geel – one of the most impressive examples of prehistoric art in Africa. From here we journey to the coastal city of Berbera with its colonial architecture and discover the stunning scenery around Sheikh before heading back to the capital, Hargeisa.

But Somaliland is above all characterised by its people – facing some of the harshest conditions on our planet, hindered in their efforts at international recognition by an underserved association, yet some of the friendliest and most exuberant people you will ever meet.

Arrive in Hargeisa, capital of the self-declared Republic of Somaliland, and transfer to hotel accommodation where the rest of the day is free to relax. Overnight Damal Hotel or similar. (D)

Today we spend the morning exploring the city and seeing some of its more intriguing sights, including the War Memorial characterised by the unusual attribute of a MiG 17 fighter aircraft shot down in 1988 as it bombed the city during the civil war. Elsewhere, we try not to get lost in the Suuqa Bacadlaha markets, and later visit a traditional Somali house. Overnight Damal Hotel or similar. (BLD) 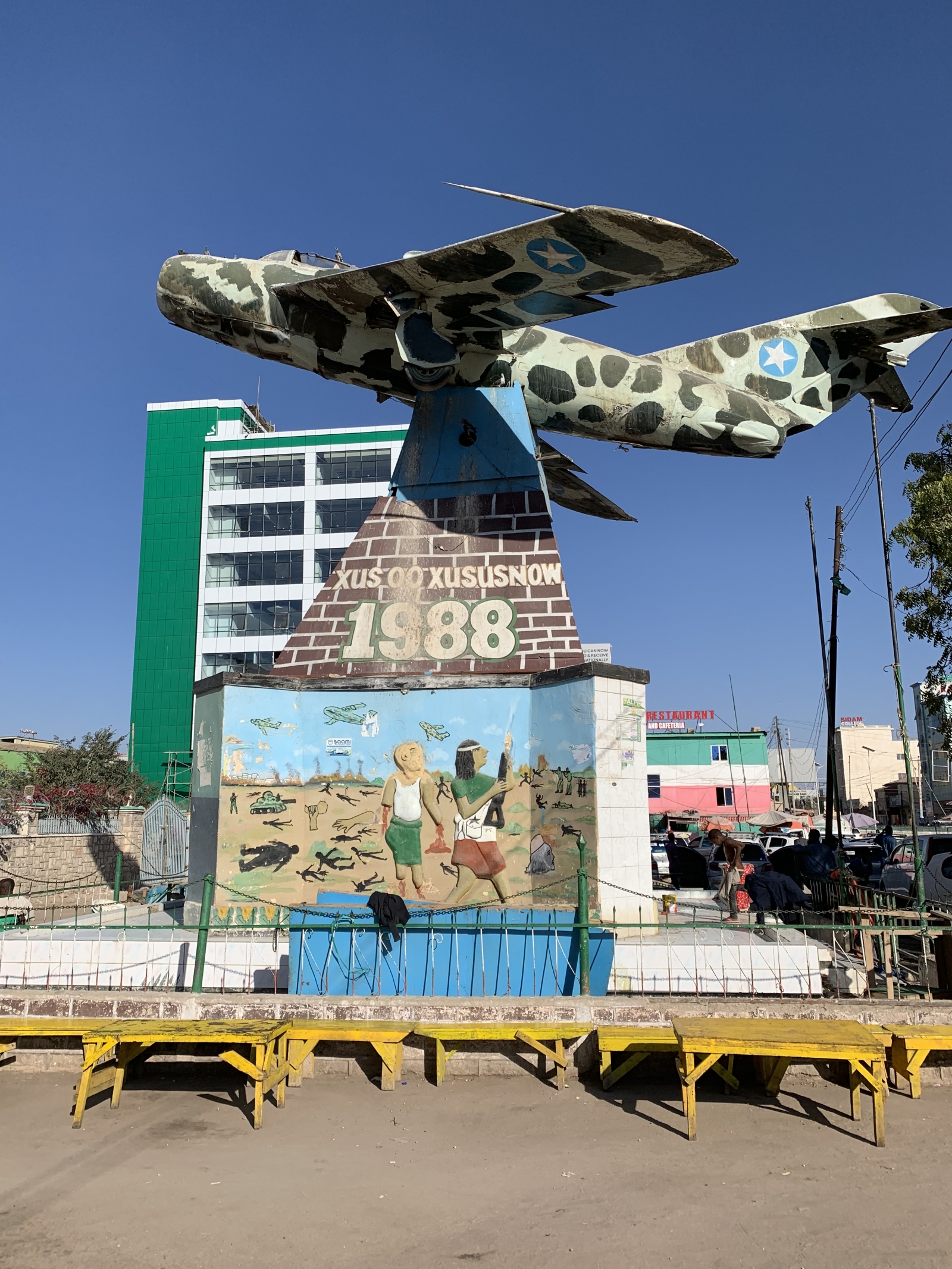 Today we make a journey eastwards, visiting the agricultural town of Arabsiyo and its fertile valleys. We call in at the rock art site of Dhagax Khoure, where among granite outcrops, hundreds of images, some over 5,000-years-old, are to be found. Later, Gabiley is one of Somaliland’s oldest towns. Evidence suggests that stone quarried here was destined for the construction of Egypt’s pyramids. Today, it’s an agricultural centre, known as the breadbasket of Somaliland. We continue to Borama, close to the Ethiopian border, for the night. Overnight Hotel Rays Borama. (BLD) 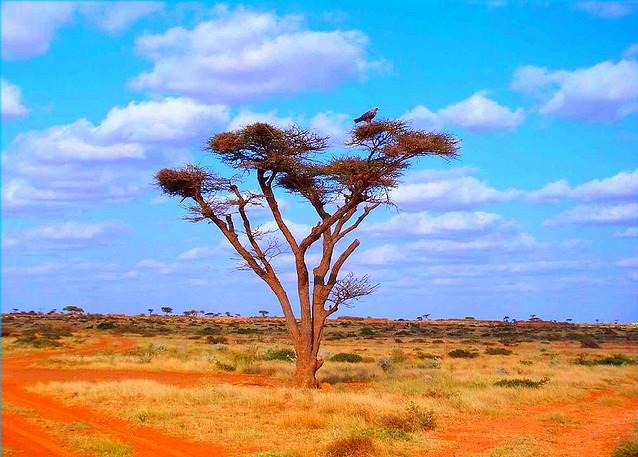 Borama is an important education centre, home to Amoud University, Somaliland’s first post war institution of Higher Education. The university opened in 1998 with 66 students – it now has over 4,000. We visit the university and speak to students before spending the morning sightseeing in Borama itself. On the return journey we stop at a settlement of nomadic Jufo herders, before heading back to Hargeisa. Overnight Hotel Mansoor or similar. (BLD) 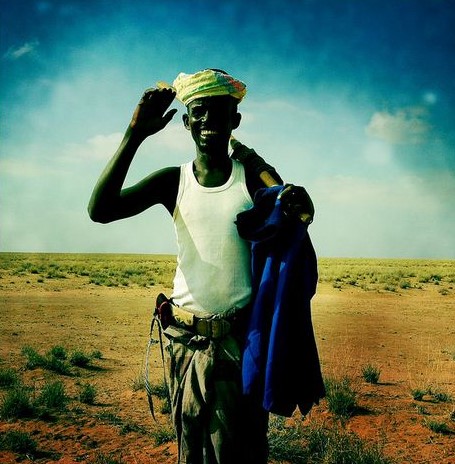 The caves of Laas Geel contain rock art dating back 5,000 years. Colourful images portray cattle herders, their ceremonial clothing and even their dogs. It’s one of the best-preserved examples of rock art in Africa and a real highlight of the trip. Afterwards, we travel on to the port city of Berbera on the Gulf of Aden, in the mid-19th century characterised as the most important port in the Arabian Gulf. Until 1942 Berbera was capital of the former British Somaliland protectorate. The city has an interesting legacy of architecture from both Ottoman and British periods, much of which lies in ruins. Overnight Hotel Mansoor or similar. (BLD) 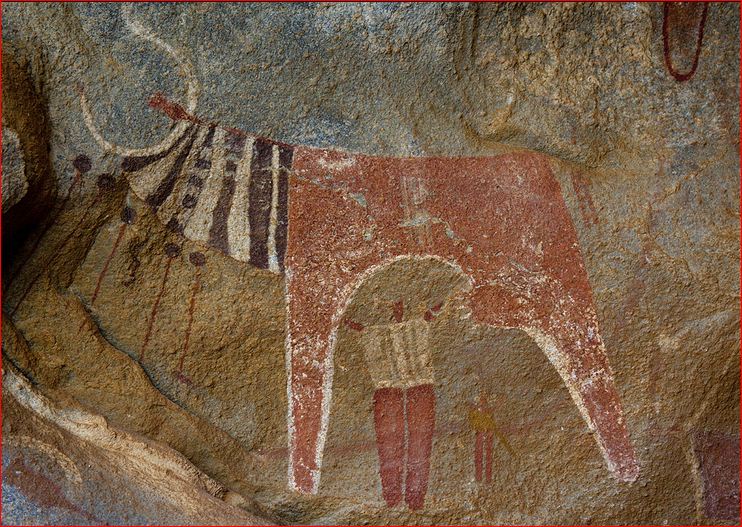 This morning we further explore Berbera. After lunch we travel through the Golis Range of mountains to the town of Sheikh, gaining dramatic views of the plains far below. Near to Sheikh we visit the ruins of Ferdusa, a city dating from the 16th century. Afterwards we return to Berbera. Overnight Damal Hotel or similar. (BLD) 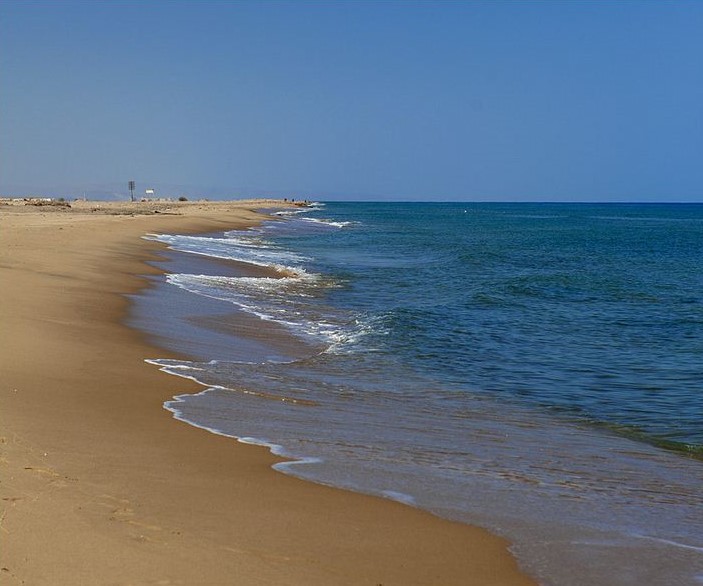 The morning is free to relax and take stock of the last few days’ travel through a fascinating and little-visited part of Africa . Transfer to the airport on due time for your onward flight. (B) 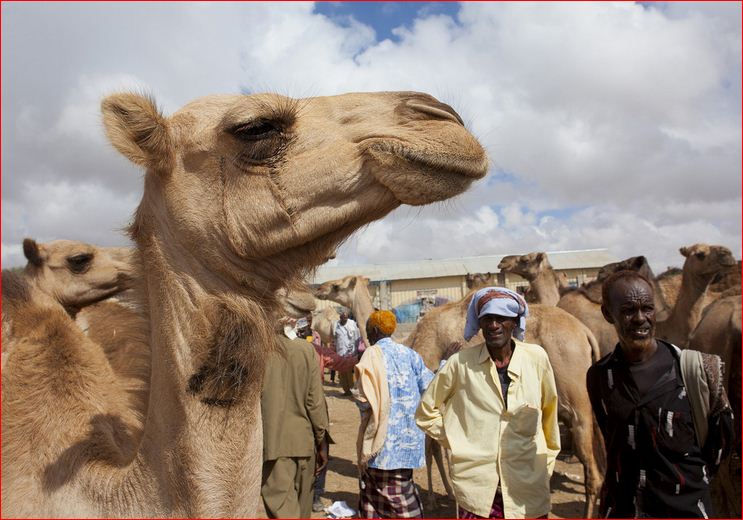 Single supplement does not apply on this tour. Solo travellers will be allocated single accommodation without additional charge.

Return flights from London to Hargeisa start from £790. Please contact us for a quotation.

On the first day and leaving day of the advertised itinerary we include airport transfers in the price of your tour if you are arriving and departing on the scheduled flight for this tour – we will advise you of the scheduled airport/hotel pick-up time at the time of booking. These will be provided by our local representative.

If you are planning to arrive before the start date, and/or leave after the end date of the tour, Undiscovered Destinations can arrange private transfers at an additional cost of £130 per vehicle per transfer. This supplement also applies if you do not wish to take the scheduled transfer. Please check with us at the time of booking.

Please note that if you have arranged extra pre and/or post tour accommodation, either through Undiscovered Destinations or directly with the hotel or an agent, airport transfers are not included in the price of your tour. Please contact us if you would like Undiscovered Destinations to arrange private airport transfers at an additional cost (£130 per vehicle per transfer).

Extra night accommodation pre and/or post tour in Somaliland costs £60 per night per room, including breakfast. There is no difference in price in between a twin/double or single room. 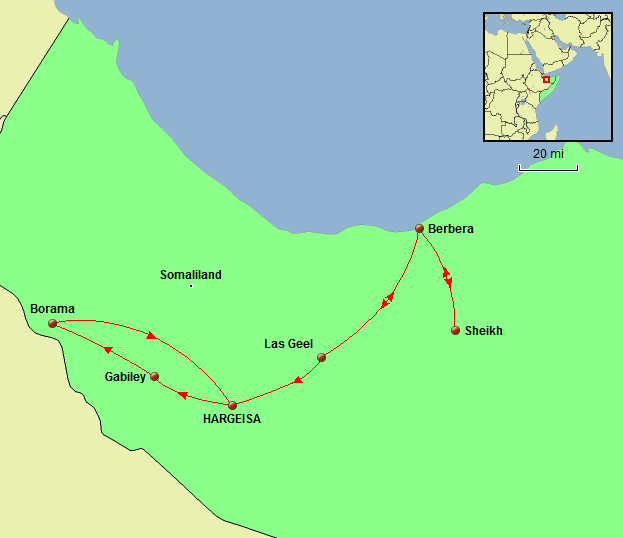 Don’t just go to Somaliland just because you want to trump other seasoned travelers! Go for the incredible array of colorful prehistoric rock art, for the lively camel and sheep sale, and to witness the emergence of this poor but proud breakaway republic. And it’s all handled smoothly on the ground by a well managed local team.