Be like James Bond 007 on this tour of Belarus

Be like James Bond 007 on this tour of Belarus

Too often known only for being the last Communist state in Europe, Belarus is one of the continent’s last truly undiscovered nations, with few visitors making it across from better known neighbours such as Poland and Lithuania. Aled Evans travelled on a small group tour of Belarus with Undiscovered Destinations.

Going into the unknown on a tour of Belarus… 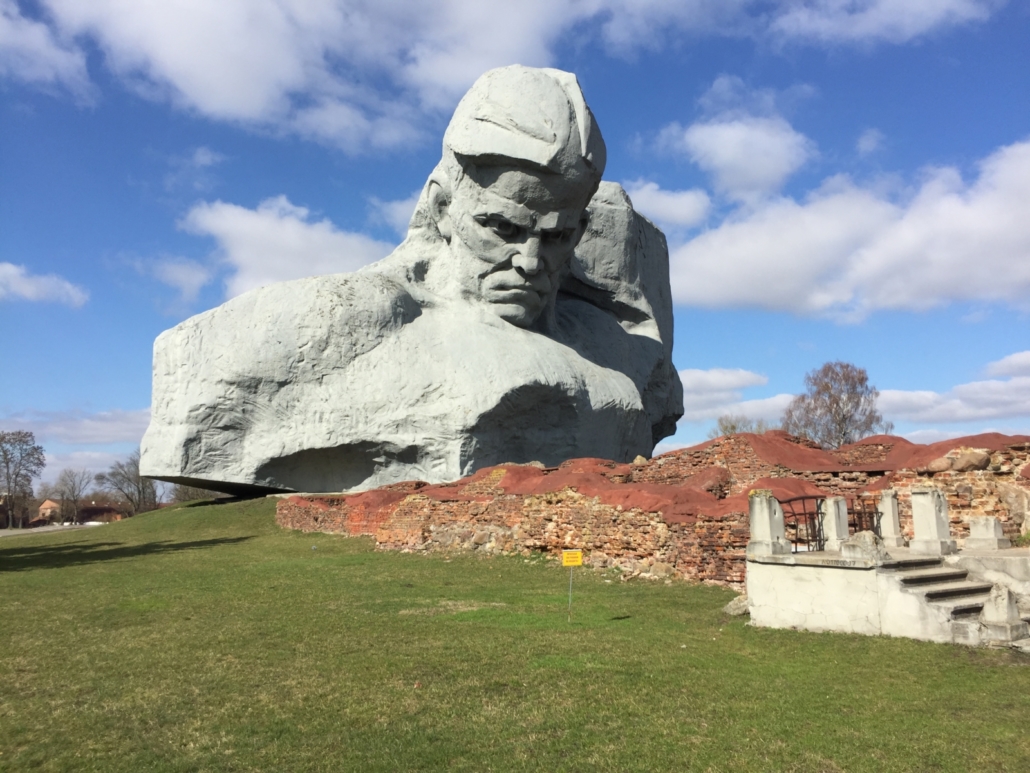 As I left home to start my tour of Belarus and having read the Bradt Guide, I was somewhat nervous of what was waiting for me on arrival in Minsk. The actual visa application and process was completed a few weeks earlier and had been a relatively simple affair.

I completed the visa form and sent it off to the Consulate with my letter of invitation, passport, a couple of photographs, confirmation of travel insurance and a postal order. Just over a week later, my passport arrived back in the office complete with a visa for Belarus.

Now, as the plane came in to land at Minsk, I double checked my documents and had my travel insurance ready. A smooth touchdown and as we taxied to the terminal we passed by rows of Ilyushin Il-76 which instantly brought back memories of these aircraft in the Soviet era. (for non-plane spotters see – https://en.wikipedia.org/wiki/Ilyushin_Il-76).

We disembarked and headed in to the new and spotlessly clean arrivals terminal where there was a line of about twenty terminals with immigration officers sat waiting. It was a nervous ten minute wait until it was my turn to approach the rather stern looking lady dressed in military uniform.

When she saw my passport and the nervous look on my face, she gave my a slight smile, checked through the documents and stamped my passport. The door in front of me clicked open as she passed everything back and that was it. I was in and could start my tour of Belarus!

My driver, Roman was waiting on the other side with a board and my name. Within thirty minutes of landing, I was being driven through the countryside towards Minsk, enjoying the views and the good quality of road and driving standards.

It being March, there was still a bit of snow left in the shaded areas of the fields we passed by and the temperature was struggling to keep much above zero for most of the day.

We arrived in Minsk sooner than I had anticipated as there was no gradual build to the city as you may expect to find. Instead it went abruptly from countryside to built up soviet housing estates as the city expands out in to the countryside. We stopped to take a look at the impressive National Library, a glass cube building that creates a stark contrast to the mural covered apartment blocks surrounding it before arriving in central Minsk and our hotel for the evening.

The Hotel Planeta was a comfy and friendly bed for the night in a great location overlooking the river Svislach.

The next morning after a good breakfast it was time to explore the capital. The Independence Square and Victory Square harked back to the communist heyday and the Island of Tears, a monument to the fallen soldiers in the Soviet campaign against Afghanistan is still very moving and relevant today.

The biggest surprise for me and what I will always remember Minsk for, are the vast number of casinos in the city.

Everywhere we went there were adverts for casinos; every hotel (including the Planeta) has its own casino and there is one on almost every street. I do not know what the collective noun for casinos is (a loss of casinos?) but Minsk certainly has a lot of them. According to my guide, these are not for the Belarussiansto gamble in but for the Russians who come to Belarus to play as there are not as many restrictions on gambling as in Russia.

Later that afternoon we head off for Nesvizh and visit the Radzivills Palace. This is a beautiful 16h century house restored to its former glory and was my first introduction to the history and deep links between Belarus and the Crown of the Kingdom of Poland and the Grand Duchy of Lithuania. After a tour of the house, we set off towards the border with Poland and the city of Brest.

Brest’s main centre of interest is its fortress, dating back to the 19th century. The fortress was home in the Second World War to a regiment of Soviet forces who defended it against the onslaught of Nazi troops invading the region, and although they were eventually killed after a long siege they became renowned as heroes within the Soviet Union.

The bravery, losses and suffering endured by the people of Brest and the rest of Belarus during World War 2 is excellently explained in the museum at the site.

From Brest I travelled to Belovezhaskaya National Park, a UNESCO world heritage site and one of the largest forested areas in Central Europe. Straddling Belarus and Poland, the park is famous for its ancient oak trees dating back more than 500 years but due to preservation efforts, tourists are not allowed to visit the central area of the park where the oldest trees are located.

Belovezhskaya Pushcha National Park is also home to more than 250 animal and bird species, including the largest population of the rare European bison as well as wolf and lynx. On my brief visit, the only bison I managed to see where a couple of captive bred animals, part of a scheme to re-introduce the species to other areas of Europe.

Leaving the comfortable hotel in the park behind, we continued our journey with a visit to Grodno. The name of the city is tightly connected to the history of the Grand Duchy of Lithuania and under the rule of Grand Duke Vitautis the town acquired equal status with Vilnius as a second state capital.

Grodno also used to be the main residence of the Polish King Stefan Batory in the 16th Century and his influence can be seen in much of the city’s architecture.

After a lovely walking tour, my evening in Grodno was spent watching an ice hockey match. Ice hockey is BIG in Belarus, on a par with football here in the UK. The local team in Grodno were playing Dinamo-Minsk (think of a Man Utd or Real Madrid of ice hockey) and in a close match the local team just lost out.

It was a great evening that was finished off in a local beer cellar with a large range of local and international beers and included the Dinamo-Minsk players coming in for their post match meal.

From Grodno, we drove to one of the most iconic images of Belarus, Mir Castle. It looks like something from a Brothers Grimm fairytale situated next to a lake and with white plasterwork a striking contrast to red brick towers and roofs.

The castle was built over a number of years, beginning in the 16th century, and various additions to it have been made throughout the 17th and 18th centuries. It played a significant part in the Second World War when Russian and German forces fought nearby.

The fortress is great fun to explore, full of winding staircases and with great views from its towers over the beautiful surrounding countryside. Even in March there were quite a few other Western European tourists here, these being the only others I had seen so far on my trip.

After exploring Mir, we headed back to Minsk and the Hotel Planeta for my final night where I decided to visit the hotel casino. It was a strange place, like a casino you may see in a 1970’s sitcom including pink velour wallpaper and the smell of stale smoke and bad aftershave.

I went in thinking I was James Bond, changed my $10 in to chips and promptly lost it all on the roulette. From James Bond to Mr. Bean in 3 spins of a wheel!

I was happy though as it was worth the $10 just for the chance to experience the atmosphere.

The next morning, Roman picked me up and drove me back to the airport for my flight home via Amsterdam. My tour of Belarus had been a huge surprise. It had so much more to it than I had ever imagined and it was also everything I wanted it to be.

It was at times very Soviet feeling and then at others it was a very European facing modern country. All of the people that I met were friendly and proud of their country, and rightly so. Belarus is an intriguing and fascinating destination with plenty to enjoy and despite what you may read, a warm welcome for tourists.

GO TO BLOG
Encounters on the Uganda Gorilla Trek

Best Things to do in Armenia
Scroll to top