A verdant teardrop in the Indian Ocean, just off the south-eastern tip of India, Sri Lanka simply oozes history and nature in equal measure.

This rich melting pot of Buddhist, Hindu, Christian and Muslim communities has created a land which once supplied Europe with spices, and its diverse culinary menu understandably still impresses. Much of the charm and character of the country lies in its gentle progress towards economic strength, mirrored in the easy-going pace of life that demonstrates itself in its unremitting friendliness to visitors.

Boasting incredible biodiversity (much of it endemic), showcased in several glorious national parks and reserves, and archaeological sites that simply astound, Sri Lanka’s alluring charms make it an unforgettable destination.

Our group tour tours and tailor-made trips delve into some of the finest historical sites in the country, revealing many of the enduring dynasties that dominated this island.

From the languid north, off the beaten track islands with endless beaches, quiet nature reserves and welcoming smiles, to the simply stunning wildlife parks where you can confidently hope to catch sight of Asian elephants, sloth bears and even perhaps elusive leopards. You will be taught to cook and also sample a rich array of Sri Lanka’s delicious cuisine and immerse yourself in the skills, crafts, pass-times and religious rituals of the local people’s fascinating blend of cultures and beliefs.

And yet there is always time to pause and rest beside the Indian Ocean and marvel at the passage of blue whales, or wander the chaotic and fabulous market places, imbibing the charms that characterise the Sri Lanka of today.

We enjoyed this trip with wonderful wildlife experiences in a number of wildlife parks, island life in the Jaffna area, whale watching, the beaches of the East coast, and the contrast of the North of Sri Lanka. The hotels are varied and each offer something different Cocktails on the roof overlooking Jaffna City followed by crab curry anyone? 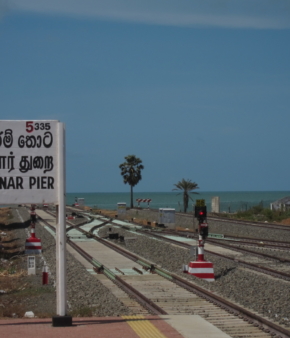 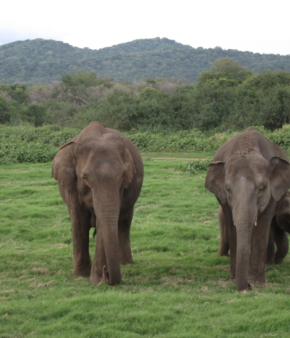 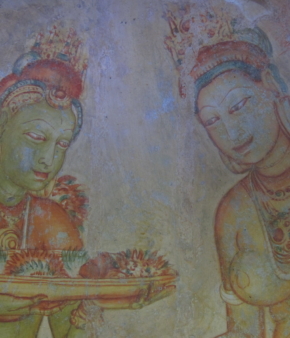 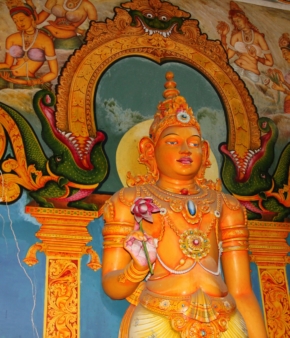 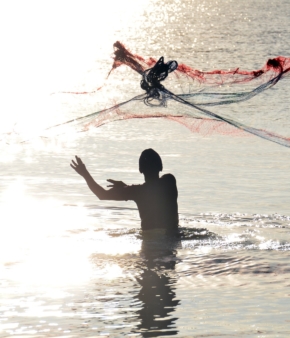 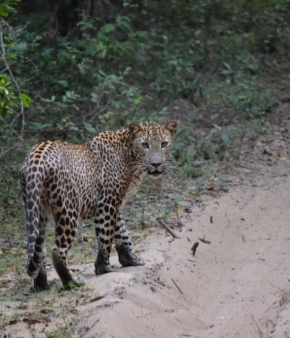 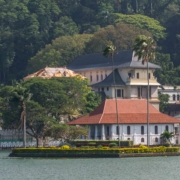 Literally the ‘Resplendent Island’, Sri Lanka does not disappoint: from gliding amidst the colourful fishing fleets on the Dutch Canals under the magnificent gaze of Negombo fort, to scanning the silky shores of Nilaveli Beach for delightful spinner dolphins, you cannot fail to be seduced by all its landscape has to offer. Seek out leopards and sloth bears amidst the pulsating rhythms of its forest reserves and marvel at centuries-old fortresses and jungle-festooned temple complexes, before returning to sample home-cooked delicacies in a culture that sits about you like a warm embrace.

In relatively recent times, Sri Lanka’s 65,000 km² were entirely forested and archaeological evidence suggests that until the end of the first millennium A.D. stone age tribes were still eking out an existence in the remotest forests. Their ancestors today – the extraordinary Veddah people are remnants of that aboriginal culture, still occupying corners of the 30% of the island which remains forested.

Despite its reduction in size, this relatively untouched woodland, of ebony, teak, ironwood and mahogany retains an exceptional level of biodiversity. The growing consciousness amongst the Sinhalese government is that conservation is essential both for the environment and also for the future of tourism. Hence, now almost 14% of the country is under protected status and the gems of the natural world – the leopard, sloth bear, Asian elephant, purple-faced langur, mugger crocodile, fishing cat, etc. – are finding genuine protection in places such as Wilpattu and Hurulu and at least 22 other wildlife reserves.

The abundance of this landscape has always been central to Sri Lanka: early inhabitants built cultures and economies of the trading of rice, ivory and precious stones to far off civilisations such as Greece and Rome: sites such as the ancient capital city of Anuradhapura with its grand stupas, dagobas, elaborate ruined palaces and extravagant bathing complexes speak of a culture that was flourishing. The early dominant religion was, and now remains Buddhism which arrived in 246 B.C. and survived the blip of invasion from the north by the Hindu Chola people. Religious sites such as the tranquil haven of Ritigala Monastery, with its intriguing staircases leading through dappled forests to impressive ritual washing pools , show the importance of Buddhism to the dominant culture.

As regional kingdoms rose and held sway, producing colossal planned urban sites such as at Sigiriya Fortress, so the outward-looking perspective grew until the inevitable arrival of European traders, to become European colonists. The Portuguese came to harness the rich spice trade and they were supplanted by the Dutch, ushered in by the naïve collaborations with the King of Kotte. By 1796, the British had taken over and within 8 years had subdued even the resolutely insular Kingdom of Kandy to create ‘Ceylon’’s first unified government. The period has left some beautiful colonial buildings, such as in the capital, Columbo, and in Ngombo’s ‘Little Rome’ district, and some equally dramatic forts in places such as Jaffna and Delft and Mannar islands, but the impact of foreign influence and plantation culture was perhaps less brutal than elsewhere: Sri Lankan indigenous people benefitted to some extent from the economic boom and the transition to Independence in 1948 was a relatively smooth one, illustrative of its pragmatic and mild mannered people.

Today’s challenges – reconciling the Hindu-Tamil north with the dominant Buddhist Sinhalese population, protecting the endangered mangrove coastline and critically endangered species of the interior – are at the forefront of the nation’s consciousness. Yet this is a land which very much sells itself to the outside world: an eternally smiling people whose love of cricket, fabulously idiosyncratic cuisine and devotion to traditional cultures, religion and cottage industries endears them to visitors makes for a wonderful place in which to travel.

Read more about Sri Lanka and our other Asia tours.