Why Travel to Serbia?

Lying on the fault line between the great historical empires of the east and west, Serbia is a complex synthesis of cultures. Traditionally viewed as the big bad brother of the West Balkans, Serbia is beginning to shrug off this mantle and establish itself as a vibrant and archaeologically mesmerising holiday destination for the more curious traveller.

Despite being a relatively small nation of around 7.5 million people, Serbia has long had an important role to play, acting as a crossroads in Eurasian trade and military ambitions. This means also that Serbia now boasts a plethora of culturally-rich sites to visit, all set against the backdrop of some of the most spectacular and accessible scenery in Europe.

Whilst Serbia may not be high on travellers’ lists as a European country that merits a visit, it is somewhat of a hidden gem landlocked in the continent and has much to offer those who decide to take a leap and endeavour to the best Serbia destinations throughout its stunning natural landscapes and historic settlements.

Highlights of a Holiday to Serbia

Our group tours and tailor-made trips to Serbia seek to give you a real flavour of the varied cultural influences that have shaped this intriguing country throughout its history. The two-and-a-half millennia that have changed and developed the streets and sensibilities of Belgrade perfectly exemplify this.

The country’s capital has exceptional ancient architecture and has maintained the attitudes of the plethora of empires that once fought to reign this stronghold within its streets, monuments, and sights, which are all adjoined by the majestic waters of the Danube at its confluence with the Sava. Our group tours and trips to Serbia also offer the opportunity to spend part of your holidays in Belgrade to experience this first-hand.

And what pervades Serbia most of all is its effervescent spirit, evident in the streets of its local communities and thriving city settings and, specifically,  even in its café culture in the capital which, whilst on your holidays in Belgrade, shouldn’t be missed. A journey to the northern Serbia holiday destinations and splendid sights will reveal beautiful forested National Parks, like Fruska Gora, which is alive with the calls of woodpeckers and cries of eagles circling over the vine-clad slopes of the Orthodox church’s Holy Mountain.

Delving east, you can view the thrilling Iron Gates of the Danube’s Djerdap Gorge that guard the route to Romania, alongside 6,500 years of extraordinary archaeology on show at Lepenski Vir. This can all be unveiled during historical and cultural tours in Serbia, which our aforementioned tailor-made trips to Serbia can encompass if you choose to delve deeper into the country’s ancient history and heritage.

And finally, to the south of the country, the Ottoman-touched lands are still dotted with spectacular UNESCO world heritage Christian religious sites, offering a unique glimpse into the religious journey that the country has experienced over centuries.

Holidays to Serbia allow you to peel back the layers of this historically and culturally rich destination that has a breadth of beauty that is waiting to be discovered by both curious minds and seasoned travellers who are looking to discover a destination unlike any other in Europe, and the world.

Our small group guided tours to Serbia are crafted by experts to give visitors as holistic an experience of Serbia as possible, allowing them to sample a variety of its breathtaking landscapes, indulge in its breadth of fascinating history, and experience its unique culture in its settlements for themselves.

Here at Undiscovered Destinations, we feel that this provides you with a truly authentic and intimate experience of Serbia that you wouldn’t otherwise get if touring the country on your own or with a larger group. With the constant support and knowledge of an expert tour guide, you’ll be shown the ropes of the country by a local, giving you an exclusive insight into exactly where is worth a visit during your Serbia holidays.

In combination with our passion for crafting unique and unforgettable itineraries in our Serbia tours, we feel that this creates an unrivalled experience for our guests to get an insider’s perspective into Serbia and its beautiful destinations.

Our tailor-made itineraries also offer a fantastic way to take the reins on moulding your holiday into what you want it to be. Whether you want to spend more time in specific Serbia destinations, or you’re looking to see as much as you possibly can, we can craft whatever you desire.

Good hotels, great guide and interesting sights. Sam went out of his way to find out our particular interests and incorporate these as much as possible into the trip, which made the difference between a good trip and an outstanding one. 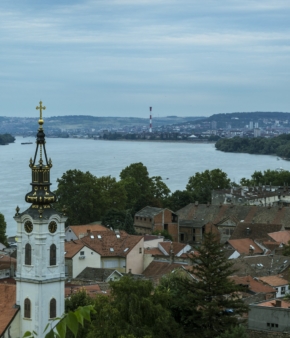 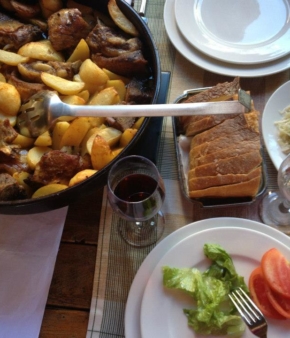 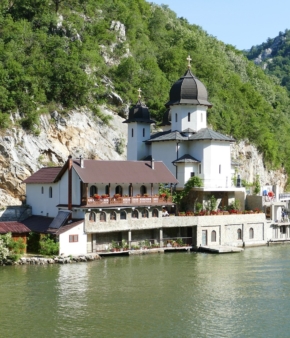 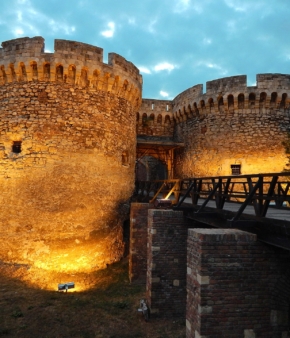 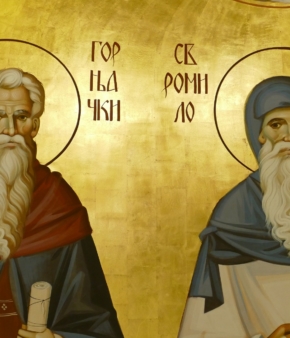 History and Cultural Tours in Serbia 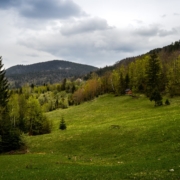 ion and drama have shaped the spirit of Serbia. The grasslands and Danube-dominant northern region, for example, boasts the vibrant capital of Belgrade alongside lush national parks that yield to the hills and the country’s wooded central regions. Further east and south, the land rises to form majestic ridges, topped by peaks of over 2,000m and home to wild native species. And scattered throughout its landscapes, Serbia’s past is evident more so than ever in its fascinating Roman remains and beautiful fresco-clad monasteries, a prize to all who lay eyes on them.

Whilst Serbia’s recent history has unveiled the country’s core and intrinsic identity, and therefore beauty, the contrasting influences from neighbouring countries are what add to Serbia’s uniqueness and diversity. For example, the Hungarian influences to the north of the country, including Fruska Gora and Novi Sad’s Hapsburg buildings and the delectable goulash and meat stews, are commonplace here.

This phase of the country’s history is a result of the influence that seeped into Serbia during the irrepressible drive of the Serb people to re-establish their independence from the Ottoman Empire, which ruled over the region for nearly 500 years. The Ottoman rule is remembered throughout Serbia, having left its mark on much of the architecture and the delicious repasts that are eaten here, including grilled kebabs and moussaka, as well as the prominent coffee rituals, which are very much a Turkish inheritance.

Before their arrival, the medieval heyday of Serbia in the 14th century led to the creation of magnificent citadels, such as at Golubac which stood sentinel over the Djerdap Gorge’s Iron Gates where the Danube plunges for 100km before heading into once hostile Romania to the east.  Since the 9th century, the country practised Orthodoxy and the architects of this – St. Cyril and St. Methodius – are commemorated ubiquitously in the surviving medieval Orthodox monasteries.

This was a period where art flourished and visitors now cannot help but be beguiled by the fresco-clad walls of stunning monasteries like Studenica and Soporcani, remnants of a golden age of Christianity that was repressed after the crushing annihilation of the Serbian nobility at the Battle of Kosovo against Turkish forces.

The modern history of the region has seen amalgamation and division in equal parts. Serbia experienced occupation by the Nazis and Tito’s lasting communist federation of Yugoslavia, leaving the indomitable heart of the country, Belgrade, a city built on the foundations of centuries of captivating historical sites and celebrations of tolerance of diversity, in ruins.

Nationwide, subsequent shifts in power and autonomy have also led to huge periods of instability and ethnic violence. But, the move to fledgling democracy and the shedding of its former partners has seen Serbia striving to reinvent itself as an open democracy, and is now only just beginning to realise the abundance of assets it has to offer those who journey there.

Awaiting are vast national parks, mountains, ski resorts, wonderful museums, and majestic fortresses and monasteries, as well as archaeological sites such as Lepenski Vir which show evidence of prehistoric settlements from 6,500 BC.

Therefore, Serbia is truly a place which offers a window into a bewildering range of epochs, civilisations, influences, and historic reigns, providing a huge draw to a land which remains, for most, inscrutable and undiscovered.

FAQs About Tourism in Serbia

Is Serbia Worth Visiting?

For all of the reasons touched upon above, from its splendid natural landscapes dotted with religious and historic architecture to the fascinating historic timeline that will have visitors hanging on its every word, trips to Serbia to discover its wealth of culturally rich and historically diverse destinations are well worth it.

Is Serbia Safe for Tourists?

Serbia is generally a safe destination to visit in Europe, with most of its crime and violent incidents of attack not being directed at, or involving, tourists. However, you should always be conscious of crime in any country you visit, including Serbia. So, we would recommend not venturing too far off the beaten path without the support and assistance of an expert guide, keeping your essential and important belongings with you at all times, and staying in well-lit and populated areas.

How Many Days are Enough to Spend in Serbia?

Dependent on how many Serbia destinations you wish to discover, you could spend upwards of a few weeks exploring the country. However, we find that a week is the ideal amount of time to sample the best of the country, alongside some of its hidden gems, to get an authentic experience and feel for its culture and climate.

Is Serbia Cheap to Travel to?

Serbia is one of Europe’s cheapest countries, making it a particularly budget-friendly holiday destination in which your money will stretch further. To put it into perspective, a local beer would only cost you 200 Serbian Dinar, or £1.50, and a 3-course meal in a lovely restaurant for two people would set you back just under 3,000 Serbian Dinar, or £25.

Read more about Serbia and our other European tours.