Westernmost of the continent, Senegal offers visitors a rich array of cultural and natural spectacles.

From the vivacity of the capital city Dakar’s artistic heart to the jazz-loving St Louis, the modern nation fosters its customs and nurtures its talents in equal measure. Spread across grassy plains and arid open space of over 197,000 km², this former French occupied territory still boasts elegant colonial architecture, whilst retaining much of its tribal traditional village heartlands.

Beyond the influence of man, however is a land with abundant birdlife and exquisite shorelines. Senegal is keen to celebrate and share its history and wildlife with those who come to discover this gem of West Africa.

Our group tours in Senegal range across the beautiful plains of this enigmatic land, from the arid, Sahara-looking north where the pulsating St Louis stands on the Senegal River to the humid tropical savanna of the south with its sense of the Guinea region’s flora and fauna begins to appear.

Witness some of the miracles of nature in the wintering grounds of millions of tiny migrant birds and the breeding pools of countless pelicans and flamingos, wander the vaulted mosques of the Islamic sacred site of Touba and immerse yourself in the splendid chaos of Dakar’s capital of culture.

The rich variety of tribal ancestries and cultures are laid before you as you meet the monarchs of proud fortified villages and share in the thrill of the sea harvest with hundreds of pirogue fishermen, in a country which shouts out vibrancy and exuberance.

A very enjoyable time. Our guide Francesca was excellent, she was on top of all the arrangements. I was really impressed. The itinerary was great and really saw unusual and interesting things every day. Particularly loved the Bijagos Islands, at the full moon saw green turtles nesting, laying eggs and babies hatching and running to the sea.

Places to visit in Senegal and on our Senegal tours 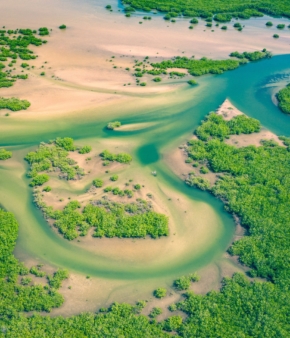 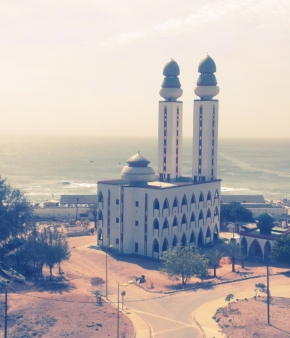 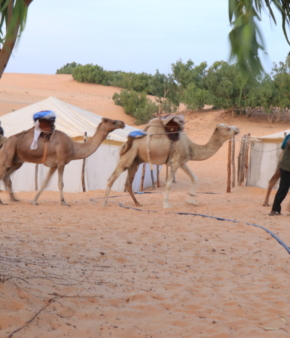 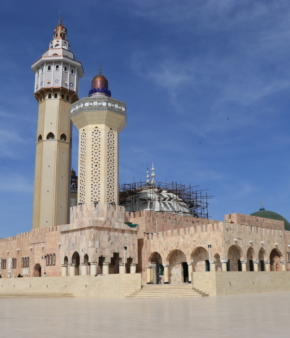 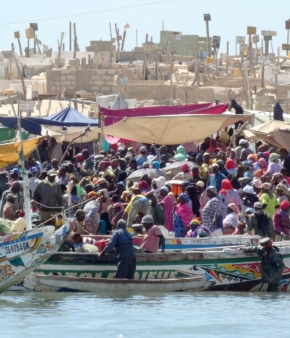 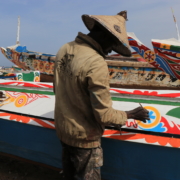 Expect to experience a marvellous mingling of religions, tribes, landscapes and architecture, from the Diolo tribe’s adobe-fortified village enclosures to the colonial labyrinthine cobbled streets of Gore Island and the blanket of stars under Lampoul Desert skies. Whether you see yourself relaxing to the strains of Senegal’s jazz scene at happening St Louis, rubbing up against the artistic geniuses of Dakar’s cultural extravaganzas or thrilling to the drizzled chatter of millions of birds arriving at wintering wetlands in Langue de Barberie, Senegal is a world which ticks every traveller’s box with ease.

Whilst precious little written evidence for early civilisations in Senegal exists, the extraordinary patterns of stone circles, inscriptions and burials that comprise the Sine Ngayene complex can leave little doubt as to the complexities and organised societies that must have existed to produce them: the most prominent is a stone circle of 52 cuboid and cylindrical shapes whose purpose is long-lost.

Together with 1102 carved stones and scattered over an extraordinary 100km length this suggests that early Senegalese culture had its infancy around the Gambia River. By the start of the second millennium A.D. the country had two main influences – the early phases of kingdoms looked towards Ghana, whilst the advance of Islam arrived from the north through the Toucouleur tribes’ contacts with the Arab nations of North Africa.

The nation has a complex array of ethnic peoples from the dominant Wolof tribe who make up 43% of today’s population of 16 million to the Fula, Toucouleur, Jola, Mandinka and many more and it was this diversity which spawned the warring kingdoms of the 14th and 16th centuries, dominated during the period by the Jolof Empire. This also enabled the Portuguese and later the French to set nation against nation in order to control the lucrative slave trade. After the initial Portuguese arrival, French interests grew, culminating in the seizure of the slaving island of Goree near Dakar and the gradual enlisting of different chieftains to procure human trading commodities at prices that kept them subdued against increasing colonial influence.

During this period, cities like St Louis, with its mixed race population of over 7,000, thrived. Spices, gold, Arabian gum and of course slaves created the international vibe that the city still holds, from its jazz festivals to its colourful, crazy, chaotic markets and calabash-buzzing streets. Simultaneously, an extraordinary development occurred: led by Omar Tall, a Wolof who assumed the title of khalif of the inner regions of Senegal, he rallied Muslims to his cause and established an Empire that stretched as far as Timbuktu in Mali, clearly threatening French interests. Following the arrival of Christian missionaries from Europe and the abolition of slavery, the French advanced militarily into the interior of Senegal, defeated the ailing Wolof Empire and curtailed the slave trade, replacing it with groundnut harvesting as a staple income for the country, with limited success.

The next decades saw rising nationalism and yet it was not until 1960 that independence and brief unification with Mali came. The following years saw relatively stable government and a series of long-term political leaders. On its back has come a trickle of tourism, largely based on wildlife, which has in turn led to increased conservation efforts, seen in the extraordinary wildlife at Djoudj National Bird Sanctuary, where African spoonbills rub up against manatees, wartgogs and crocodiles, and the myriads of species that flock to Langue de Barberie and Lac Rose in winter. The entrenchment of Islam – 93% of the country are Muslim – has avoided the excesses of some of its neightbours, exemplified best by the peace-espousing sacred site at Touba which holds a key place in the national consciousness.

Read more about Senegal and our other African tours.