The lowlands of Scandinavia and their lovely cities, among them Oslo, Helsinki, Gothenberg and Copenhagen are well known. As are the the western fjords’ colourful ports, such as Trondheim and Bergen. These are tried and tested routes through a beautiful region dominated by mountain, lake and sea. However, there is yet a road less travelled.

To the north, small communities cling to the rocky shores. Wilderness dominates and nature glorifies in the space and lack of human influence.

If you want to reach beyond the Arctic Circle it requires rugged train routes! These journeys traverse swathes of watery plains and plunge through remote coniferous forests. Travel along routes that hug craggy coastlines and the visual rewards and sense of truly wild escape are simply mesmerising.

Undiscovered Destinations pioneering tailor-made trips lead northwards into the furthest reaches of Norway and Sweden. In these regions few locals and even fewer visitors penetrate. A journey with us leads through the lands that lie above 66⁰ 34’ North. Travel from redoubtable Finnmark’s Kirkenes, in the shadow of the vast Russias and onto the stunning Barents Sea.

Board the iconic Hurtigruten vessel to explore a rugged, fjord-fissured coastline. This is an area alive with incredible displays of cliff-nesting birdlife. You will encounter Europe’s remotest ports, clinging to the raw beauty of the tundra’s inlets, as you round the fabled North Cape. Witness coastal habitats which astound all whilst under the tutelage of the crew’s in-depth local knowledge.

Descend by the dramatic railway engineering of the erstwhile iron-ore line through Narvik. This route laces together two of the region’s most beautiful cities in Tromsø and Stockholm. The wonderful contrasts only add to the experiences already under your belt.

Andrei was excellent and contributed enormously to success of trip. We got to places that we wouldn’t have done on our own. The itinery was excellent and in fact I chose trip because this was most comprehensive on market in UK. It was a good mix of different places, areas and experiences. 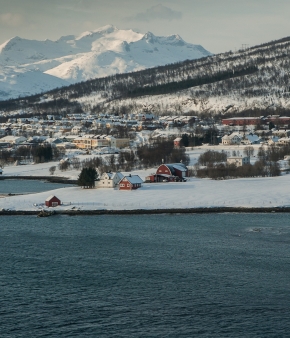 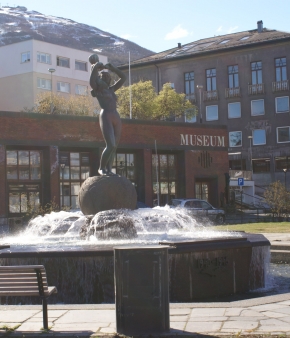 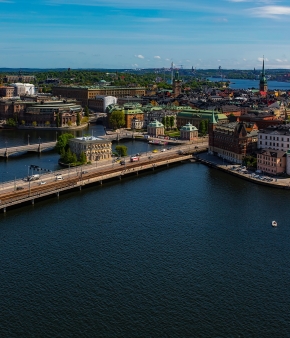 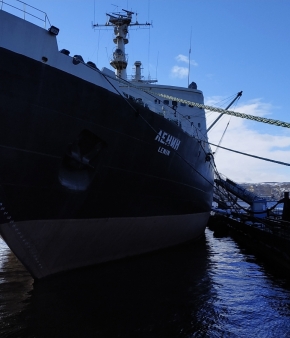 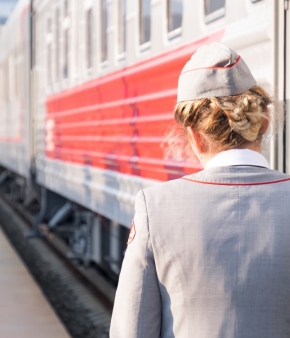 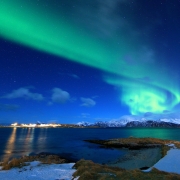 Whether you choose to experience Scandinavia’s vast skies and tremendous topography by summer or winter, the assault on the senses is truly invigorating. Snowmobile safaris chasing the magical northern lights across porcelain ice sheets. Lakes alight with ivory moonlight glints or rounding the tip of Europe to the cry of countless puffins and guillemots that scatter from their precarious nests. Here you will see a blend of the avant-garde in Tromsø’s Cathedral of the Arctic. This is in contrast with the timeless beauty of a tumbling rainbow of fishermen’s houses reflected in the crystal water.

The very notion of Scandinavia stands on shifting sands. Its borders, east and southwards have seen bloody conflict over lines drawn in the grasslands and mountains of northern Europe. Iceland, the Faroe Islands, Finland and even Greenland can claim common heritage. The notion of Nordic Scandinavia as Norway, Sweden and Denmark is the most common definition. This draws together the two converging peninsulas and the archipelago that lies between them at the mouth of the Baltic Sea and that marks the Swedish eastern shores.

Encircled by the North, Norwegian and Barents Seas, despite its high latitude and snow-clad mountainous spine, the influence of the Gulf Stream means that the western shores experience a relatively mild climate. Only the very tip of Scandinavia experiences the true tundra climate. The geography of the peninsula bears dramatic scars as a result of the last ice age, leaving cataclysmic deep u-shaped valleys, carved by ice. Many of these are now flooded on the Norwegian coast to give the signature fjord-dominated sea-scape.

Of course with the proximity to the North Pole, the imbalance of day and night is extreme in the northern regions. This means that chasing the northern lights is virtually a 24 hour occupation throughout the winter months, whilst the summer days draw out to huge length. Mentioned as early as the 2nd and 1st century B.C. in Roman diaries, accounts of the savage military might of the Teuton tribe were described in appalled tones. There is however plenty of evidence of thriving post-glacial stone age and bronze age cultures. For instance, trade is in evidence with nations as far afield as Phoenicia and Ancient Egypt.

The complex burial traditions that dominated Bronze Age and Iron Age northern Europe of grave goods and urn-filled barrow burials are much in evidence. Highly skilled metallurgy was practised across the various tribal divisions. This thrived on the hordes of pillaged Roman treasure as the great southern Empire foundered. Of course, Scandinavia is synonymous with its nautical prowess. This is a trait made inevitable by the disproportionately dominant coastline. Late Iron age archaeological finds suggest a great deal of oar-powered boat building was undertaken. It is understood that this had its flowering in the Viking period where Nordic kings and sailors dominated the second half of the first millennium A.D..

As a result of raiding newly discovered shores in England, Scotland, France and Ireland, the navigation skills of the Danish, Norse and Swedish led to mass emigration. Furthermore, this led to the establishment of new kingdoms based around the Irish and North Seas, as well as the subjugation of the English kingdom. Their ships ranged incredibly wide, as far as the Caspian Sea and even Newfoundland. Scholars are generally accepting their presence in the Americas as the first Europeans to reach those shores.

The legacy was tremendous with Norse language, culture and political structures leaving their lasting impression on much of northern Europe. Their descendants, the Normans, proved to be one of the dominant forces of the Middle Ages, even establishing empires as far afield as the Holy Land. Despite the potential religious unifying force of Christianity having entrenched itself here by the 11th century, wars between the rival nations was a key characteristic. However, a fragile union was achieved in the years 1397–1520 when the Kalmar Union achieved a single monarch over the three countries.

The Kingdom of Sweden

After it fractured and Lutheranism surged through Scandinavia in the 1530s, the kingdoms separated. They then came together in a variety of alliances and maintained tense relations with their neighbours. The fiercely held protestant views of the populace helped to cement their independence from outside influences during the 30 years war. After its culmination in 1648, the way was paved for a rising powerhouse in the Kingdom of Sweden.

Throughout the 17th century and until the war with Russia and the then united Denmark-Norway, Sweden dominated the region. This was particularly true under Charles IX’s rule. Sweden gained land from countries to the south and it even setting up a Swedish East India Company that out-imported Britain in terms of tea for a while.

Colonialism was also a feature of the region as a whole. There was the historic annexation of the Faroes, Iceland, Greenland and smaller islands, even as far afield as the Caribbean. The Napoleonic Wars set each nation against one another in a series of treaties and alliances. This culminated in the contested unification of Sweden and Norway in 1814. The former providing the monarchy and a state that staggered on for nearly a century.

Industrialisation and the linking of the northern Kiruna mines by rail to the factories of the south added significant prosperity to the two peninsula countries. By World War I, the three nations were again independent and all remained neutral. The Second World War saw the Germans invade Denmark with few casualties, whilst Norway’s resistance was huge and resulted in many deaths.There was a successful smuggling of over 50% of the Jewish population to neutral Sweden.

Post war, the economies of all three nations stabilised and grew. Denmark joined the EU early. Sweden remained outside until it could safely become a member without antagonising the former USSR. Norway remains outside. Its neighbours are characterised by a degree of caution and some scepticism about levels of commitment to the EU project.

In the background of all this convoluted political and military turbulence, little attention was paid to the indigenous northern Sami people. Having existed as a culture in the remote stretches of Scandinavia and Russia for millennia, their way of life has survived. This is despite the expansion of southern Scandinavians, the arrival of plague, brief attempts to ‘civilise’ the ‘Lapp’ folk and HEP schemes that threaten their reindeer herding grounds.

Today, over 100,000 still inhabit the polar region and maintain a great deal of their ancient skillsets, traditions, language and cultural identity. Tourism to lowland Denmark and the southern regions of Sweden and Norway is high profile and well established. The north remains a relatively untouched wilderness. Those who do head to the region do so in search of the raw natural beauty that is the home of the Sami people. Here we find impressive mountains, endless coniferous forests, rich wetlands and stunning tundra coasts.

The latter are sought after by ornithologists who delight in the seabird colonies and wintering ducks and geese. Twitchers can also view the great grey owl and capercaillie. These are two of Europe’s most threatened species who have their strongholds here. Recent moves to protect the threatened mammals of the region from hunting have seen steady recoveries. This includes a rich array of some of the most beautiful animals from the wolf to the lynx and from the arctic fox to the brown bear.

A controlled approach to hunting in areas such as Lapland have also allowed stable populations of moose, white elk and reindeer to remain. The notion of wildlife tours in the area is a burgeoning one in what remains Europe’s most northerly wilderness.

Read more about Scandinavia and our other European tours.