Russia has, for centuries, entranced visitors with its glorious onion-domed Kremlin and Muscovite grandeur and the incomparable Baroque elegance of St Petersburg’s Palace Square, canals and lakes, yet in a country of such vast open spaces, the more intrepid traveller will look further for their delights.

The largest nation on earth is a conglomeration of incredible geographical and ethnic diversity.

Heading to the southern reaches, the alpine magnificence of the Caucasus and the fascinating Siberian Altai people offer fabulous contrasts between Byzantine and Turkic cultures, whilst the far-east contains Kamchatka’s land of fire and ice, the beautiful rugged Sakhalin Island and historic Vladivostok to name but a few of this extraordinary country’s wonders.

Our dramatic group tours and tailor-made trips can lead you on an adventure up some of the world’s most active volcanic peaks to witness first-hand the enormity of earth’s seismic powers.

Everywhere graceful conical summits gaze down as reminders of the fragility of human endeavours in the face of volcanic potency. You may prefer to explore some of the planet’s most beautiful wildernesses amidst sequestered mountain ranges in places such as Tuva, and Altai where Russia’s longest rivers have their sources amidst snow-capped peaks and glassy lakes.

For many the lure of this land is its sheer size, which the 6 day Trans-Siberian routes showcase, stopping to marvel at Lake Baikal, the world’s deepest lake or being side-tracked to the pristine steppes and forests of Siberia where tigers, leopards and musk deer roam.

Boris a very good guide. Also good experiences of Ivana and Uri. They sensibly swapped days around to facilitate better sightseeing given the snow.

Places to visit in Russia and on our Russia tours 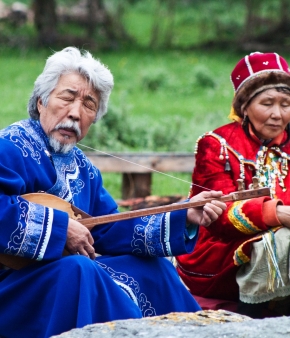 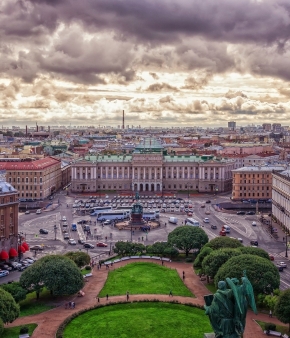 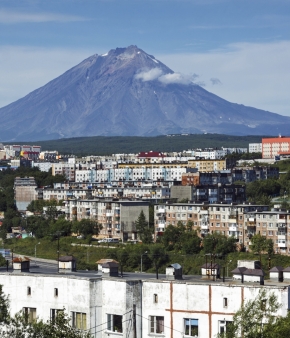 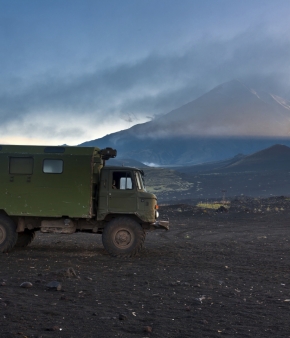 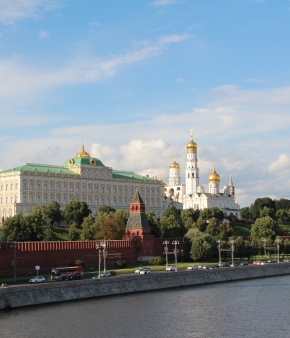 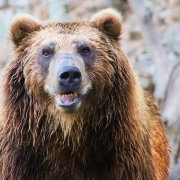 A true sense of discovery in a land veiled in the mysteries of ages lies at the heart of the Russian experience. You will encounter peoples whose independence is matched only by their fierce pride in sharing their cultural idiosyncrasies, from the yurt-dwelling Mongol horsemen of Tuva in vivid costumes, and the unique Buddhist people of Elista in their Caspian town of concentric tree-lined temple complexes, to sharing with the Buryat in their shamanistic meditations amidst the sacred places of Baikal’s Olkhou Island. This is a land of natural and cultural superlatives.

In sheet numbers alone, Russia is a mind-boggling unification of diversity: in all, its 17,125,200 square kilometres include an eighth of the world’s surface and eleven different time zones divide a country which stretches from St Petersburg on the Baltic to Vladivostok on the Pacific, from the Arctic Ocean in the far north to the Himalayas and the Black Sea in the south.

It is divided into a mind-boggling 84 federations, of which 22 are autonomous, defined as such by their ethnic uniqueness, such as in the cases of Tuva and Altai. Whilst much of its population is concentrated in Europe, to the west of the dramatic 2,500 km of the Ural Mountains, the majority of Russia lies to the east, in Asia. Here, much of the land is mountainous, particularly towards the highland nations of Mongolia and northern China; this topography is scarred by some of earth’s longest and yet most obscure rivers – few have heard of the 3,650 km long Ob, the 4,400 km of the Lena or the Yenisey at 3,438 km, all of which flow into the Arctic Ocean.

More famous perhaps, but equally inaccessible are the iconic Lake Baikal, Siberia and Kamchatka. Siberia’s jewel, glistening indigo-blue and fringed with emerald shores, Baikal is one of the natural wonders of the world: it contains the largest volume of fresh water on the planet – more than the entire 5 Great Lakes combined and its pure waters are home to a huge number of endemic species, evolving here since its formation some 30 million years ago: a staggering 80% of its 2,500 animal species are unique, the most celebrated of which are the 60,000 Baikal seals which make the waters and winder ice sheets there home. From depths to dizzy, volcanic heights, Kamchatka is an igneous theme park of geysers, exotically sculptured lava flows, 29 active volcanoes in every shape and formation.

Here you can scale peaks with boiling mud cauldrons and stand beside miniature smoking cones and steaming fissures, mouth agape at the proximity of such seismic force. The region offers descents of harum-scarum rapids and the chance to spy many of Russia’s truly wilderness species, from Brown Bears to Musk deer and Moose. The opportunities afforded for nature lovers throughout this huge land is hard to take in, even after hours poring over maps and route planners. Bears, wolves and lynx are de rigueur across much of the nation and its host of different ecosystems supports 266 mammals and 781 bird species. The landscape graduates from tundra to taiga, deciduous forest, steppe, desert and mountain ranges; indeed the predominance of virgin forest makes its habitats second only to the Amazon in absorbing the planet’s CO². Russia also takes its environment increasingly seriously: 182 different biosphere reserves and national parks are all places which encourage visitors to visit and value and these, combined with the country’s extraordinarily complex and rich history and diverse cultures, make Russia a wonderful destination.

And yet it was not always thus: until 1992, the Soviet Union and its previous Tsarist incarnations were places which remained strictly off-limits for outsiders. The need for such introverted perspectives lay partially in the difficulty of maintaining unity across a vast area and over a multiplicity of peoples. The region began as a huge complexity of tribal cultures and nomadic peoples with only real urbanisation taking place in the Scythian lands of the south-west. By the 9th century, the arrival of the Scandinavian Varangians prompted the slow but steady rise of the Rus people: based initially around Kiev, their empire grew to dominate eastern Europe until its demise at the hands of the Mongol ‘Golden Horde’ which rampaged across the Empire from 1237-40. Its absence allowed for a gradual rise in Russian influence based around the Grand Duchy of Moscow and visitors to the modern capital will be familiar with sites that point to the increasing wealth of the city so that, by 1380, under the unifying influence of the Orthodox Church, they were able to defeat the Mongol-Tatar army and seize control of the Black Sea region.

This expansion was fuelled in the 1450s by the fall of Constantinople so that Russia became the obvious heir to the power and indeed lands of the Orthodox Christian regions of the northern Caucasus. The age of Tsars began decisively with Ivan the Terrible in 1547 and expansion eastwards was a feature of the nest centuries with defeat of the Mongol Khanates led by the Cossack armies a regular feature. When Peter the Great, with his grand new Baroque capital at St Petersburg, declared the Russian Empire, Europe’s powers came to terms with this dominant force on their eastern boundaries. The hubris of Napoleon in 1812 and Hitler in 1941 foundered on the simple vastness of the nation, established to its fullest extent by the 1800s. Throughout the 20th century, following the epoch-defining communist revolution of 1917, satellite states fell under the controlling banner of Russia’s USSR and they remained in that condition until the collapse of the Soviet model in 1992.

This in turn triggered the opening of the country to outsiders and the realisation amongst visitors that the land of the Rus, Mongols, Tsars, Cossacks and Soviets is an extraordinary world of hitherto unseen wonders that will continue to slowly reveal its secrets for many generations to come.

Read more about Russia and our other tours.