Republic of Congo
Holidays and Tours

It is probably not a widely appreciated truth that the great Congo River in fact divide two fascinating countries which bear its name: to the north, the vast pristine swamps and forests of the Republic of the Congo have acted since time immemorial as a barrier against human incursion and whilst the lowlands and coastal areas until recently suffered from civil strife, this lonely interior has provided sanctuary for 80% of the world’s chimpanzees and an incredible 125,000 lowland gorillas.

The opportunity to be one of the privileged few to delve deep into the secrets of Odzala-Kokona National Park now awaits, promising encounters with nature that know no parallel.

Our fascinating tours in the Republic of Congo offer a new and unique chance to view some of the earth’s most noble primates in a hidden landscape where they can continue to flourish. The 13,600 km² of Odzala-Kokona boasts sights and experiences for visitors which will leave you breathless in amazement as you travel its myriad of different settings.

You will journey in kayaks and pirogues down sultry rivers, festooned with jungle vines and witness a plethora of delightful avifauna, you will take bush-drives to marvel at the array of charismatic monkeys and, most extraordinarily, trek into the natural homelands of lowland gorillas and see close-hand family groups interacting, huge males posturing and learn about the vital protection work being undertaken here to support one of nature’s true remaining wilderness paradises, tucked away in the obscurest corner of the dark continent.

A unique experience. It was the most amazing experience to be able to visit. 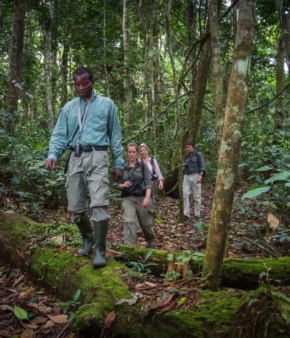 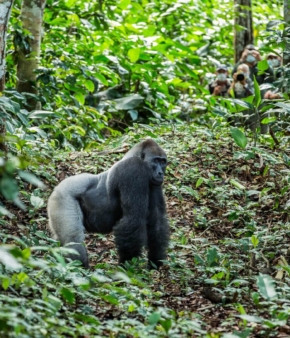 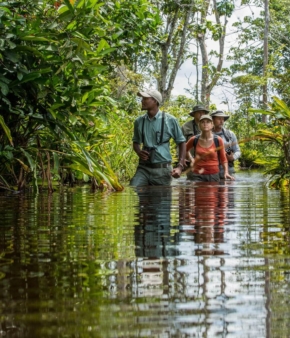 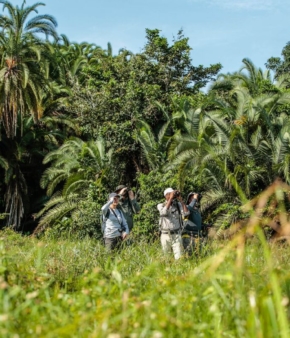 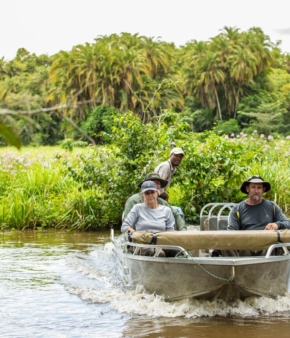 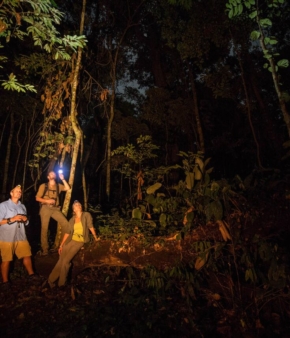 Why visit Republic of Congo? 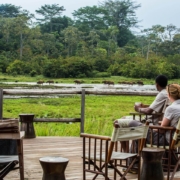 Odzala offers even the most experienced safari-goer a sense of truly unique opportunities. The lowland gorilla survives here amidst virgin forest, rarely viewed and in reassuring isolation. Pushing into the very soul of remotest equatorial Africa is a thrilling journey and viewing these noble creatures makes for truly moving moments. Heading here from the colonial elegance of Brazzaville, set in rolling green pastures, the sense of Odzala’s remoteness amidst the primeval magnificence of nature’s incredible biodiversity becomes all-pervading; throughout its three unique camps an abundance of wildlife is revealed that beggars belief.

One of Earth’s last remaining truly wild expanses, the 342,000 km² of the Republic of Congo lie to the north of the river boasting the greatest flow of water in the world. Its dense equatorial rainforest, jungle and huge swathes of impenetrable swamplands make it a wonderful refuge for wildlife, though the country’s economy has become worryingly aligned to the wealth available from hardwood logging.

The wetlands are largely owing to the influence of the Congo basin and two large tributaries – the Sangala and Oubangui – dominate the north eastern central plateau. The landscape feeds towards the populous coastal plains and the majority of its 5.2 million people are to be found here and in Brazzaville, the capital, which bizarrely faces off against its rival equivalent across the Congo River at Kinshasa in the D.R.C.. Whilst Brazzaville has, in modern times, played a significant role nationally and internationally, acting as de facto capital of Free France in World War II, the rich history of the region has often seen the notion of The Congo as a much wider concept.

First settled by Bantu tribes who displaced the indigenous pygmies, the following centuries saw a steady rise in the power and sphere of the Bakongo peoples, belying archaic west-centric notions of uncivilised hut-dwelling tribes, desperate for outside intervention. The subsequent Kongo kingdom covered the entire basin and had a dynamic capital at Mbanza Kongo in modern Angola’s Zaire enclave, numbering over 100,000 people and trading expansively with Europe. The first of these contacts came with the arrival of the Portuguese explorer, Diogo Cão in 1484. Catholicism followed so that, with a century, Christianity was the state religion of Kongo.

On its heels came the insidiously inevitable slave trade, plying the Atlantic with innumerable ships of human cargo. Despite constant wars with Portugal, it was not until 1880 that the French laid formal and physical claim here: signing a treaty with their then puppet ruler, King Makoko, they created The French Congo, later Middle Congo, which was eventually incorporated into the wider French Equatorial Africa. The period was one of oppression and struggle, exemplified by the 14,000 local workers who died to construct the World War II Congo-Ocean Railway. Autonomy and re-division into original nation states came in 1958, followed by independence two years later. A bloody coup in 1963, followed by realignment with the USSR, China and Cuba saw the establishment of Africa’s first Marxist-Leninist state which endured, led by a series of dictators, until 1992.

Democracy brought further unrest and civil war from 1997-2003, but stability is now becoming the norm for the exhausted people of the Republic. The recent exploitation of oil, with all its fluctuations, may, for the time being at least, have enabled consolidation of and long-term preservation of the eastern forests to become a realistic goal. Tourism is in its infancy here, since outsiders traditionally equate the nation with civil war and totalitarian government, yet a lasting peace has been brokered and now the country’s eyes are firmly on the embryonic possibilities of allowing visitors to fund environmental projects by offering incredible insights into the wild heart of equatorial Africa.

Read more about Republic of Congo and our other African tours.