Straddling the Pacific Ring of Fire, The Philippines is one of the world’s most fascinating and vast archipelagos. Perhaps more famous for its troubled Marcos-led past, hectic capital Manila and 10 million strong ex-pat community, it does not take long here to appreciate that this is a stunning land of wilderness, jaw-droppingly beautiful coasts, natural wonders, fascinating rural cultures and intriguing historic sites.

So much of this variegated landscape sees few outsiders and even fewer foreigners that it is relatively easy to gain a real sense of escape and relaxation amidst a country which will entice you onwards with amazing site after unforgettable sight, day after remarkable day.

Our wide-ranging group tour and tailor-made trips head from the delightful eye of the Manila storm in its peaceful Intramuros heart of the old city that boasts the nation’s oldest church and art deco streets, to some of the Pacific’s best wilderness and historic coastal gems.

Its offshore islands with hidden beaches and unmatchable snorkelling make for a stunning climax to any visit.

The guide and drivers were excellent and very good company and I can not recommend them any higher. The same applies to the country itself, with many wonderful sights that few people have heard of, let alone visited! The guide and drivers could not have done a better job, so many thanks to them for providing me with a marvellous travel experience. Certainly one of the most enjoyable trips I have ever done, and since I have now visited 112 countries, you will know that is something I would not say lightly! 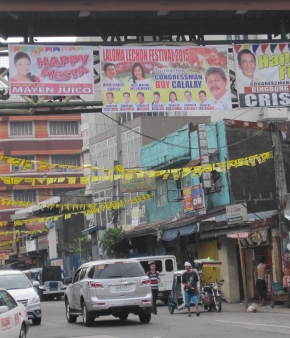 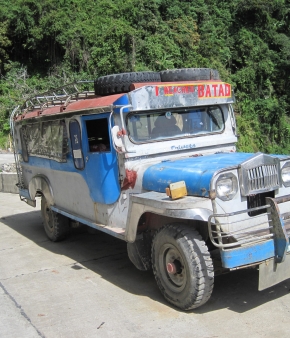 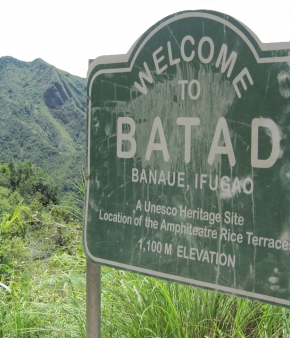 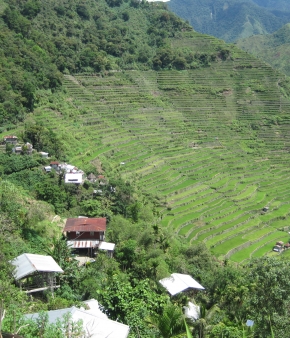 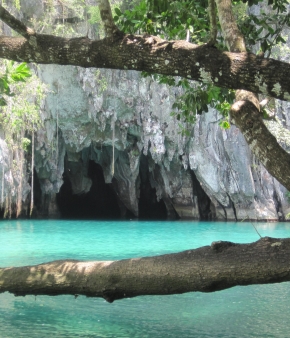 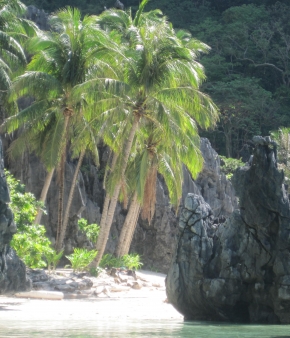 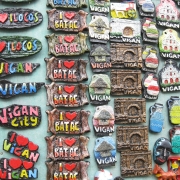 A land of breathtaking beauty, dominated by its marine backdrop, a trip here will instil you with a desire to persuade others to follow in your awe-struck footsteps. From exploring basilicas and streets buried in volcanic ash, to hiking up the rice terraces of Batad, from lazily touring Vigan’s colonial grandeur by calesa, to marvelling at the 400,000 bats sleeping on the cave ceilings of the Underground River’s 8km, from snorkelling through karst arches to discover secret beaches to delighting in the rainforest’s cornucopia of endemics, this is a place worth sharing.

The Philippines is a country which exudes diversity and superlatives wherever your journey leads you: its 7,641 islands lend it a coastline of 36,000 km which is encircled by a multitude of stunning coral reefs and waters, such as along the Palawan shores which offer marine life that is simply wonderful, from bottle-nosed dolphins to thousands of critically endangered sea turtles.

Officially one of the world’s top ‘megadiverse’ nations, with its variety of landscapes, from volcanic mountain ranges to impenetrable virgin rainforest, over 100 endemic mammals – such as the delightful Philippine Tarsier and the curious dugong – and 170 endemic bird species. Its greatest asset, in economic terms at least, has always been its mineral wealth. Legend has it that these lands are the biblical ‘Ophir’ which provided Solomon with his source of gold, exotic animals and spices, and the second greatest recorded world gold deposits certainly have brought traders here for centuries.

Of equal renown historically were its ‘golden pearls’ which divers harvested from rare oyster species and its silver reserves which cost so many lives in the Spanish colonial period. Such a plethora of islands has, naturally, created much tribal diversity throughout its history and indeed its allegiances in the colonial period were complicated by the huge task of unifying such potential disparity of outlook. Even today, 186 languages are spoken across the state and several peoples vie for supremacy amidst its political and social landscape – the Tagalog, Visaya, Cebuano, Ilocano and Hiligaynon to name but a few of the more numerous populations.

The origins of these races probably lies in the Austronesian expansion from the Taiwan region during the 2000s B.C., but tribes such as the Igorot, Lumad, Mangyan and Bajau claim much greater longevity of tenure, linking their Negrito cultures back to the arrival of humanity on Palawan up to 50,000 years ago. With the arrival of the Austronesian peoples came rice and this has proved to be the staple for millennia: today’s best experience of its agriculture can be seen at the Ifugao’s fields around Batad where terraces like emerald amphitheatres step up from the valley floors as they have done for countless years. Small trading settlements seem to have gradually developed throughout the first millennium A.D., based around the Barangay culture – coastal and boat-based dwellings with extended small societies who grouped together in increasingly sedentary lifestyles.

Hence, by the 14th century strong trade links were established with China (to whom they paid tribute), Japan, the islands states more locally and finally India. With the latter came Hinduism which had brief success before the more decisive advances of Islam that were part of the outcome of Arab trading which began in 1380. Brunei’s sultanate began a conquest and to establish Muslim culture in the northern islands, but met severe resistance in the central Visayan Islands which led ultimately to is defeat. In the background, Spanish world exploration and colonisation was continuing apace and Magellan famously landed, claimed the islands for Spain and was killed shortly after at the Battle of Mactan.

However, when Miguel López de Legazpi landed at the fore of a conquistador army, it was his alliance with the anti-Brunei Visayans which ultimately tipped the scales in the Spaniard’s favour. The defeated Muslims were forced to convert to Catholicism which spread rapidly as a unifying national force against outside oppressors: today still over 80% practise the faith. This led to a lengthy Spanish colonial experience, its relative successes most obviously seen in the new capital Manila’s Baroque Church of San Augustin which houses Miguel López de Legazpi’s tomb and the beauty of Vigan, where calesas trot through cobbled streets passing streets of elegant old stone houses and al fresco diners enjoying empanadas, longaniza and baguets amidst an air of timeless decadence.

The culture that fledged from this mix of a Spanish ruling class, settlers from Latin America and local peoples is notable for the way traditional cultures endured – the cave tombs and cliff coffins of Sagada are one such curious blend – and many towns you visit will boast a traditional culture centre or museum of some fashion. The ‘Spanish East Indies’ were administered from Mexico and Manila’s galleons – the largest wooden ships ever built – plied a regular trade across the Pacific and Indian Oceans. Yet as a colony, it was a mixed blessing: apart from indigenous uprisings, attacks from China, Japan, Britain, Holland, Portugal and the Islamic states nearby placed huge financial strain on Madrid. Manila was left to decay and was briefly captured by the British in 1762.

Minerals kept a steady trickle of income flowing, but by 1896 revolution broke out amidst a native population treated cruelly by non-local administrators and military forces alike and fully aware of the disintegration of Spanish imperial power in South America and the Caribbean. In 1898 the revolutionary leaders declared independence, but Spain simultaneously ceded The Philippines to the USA after their defeat by the same. Redesignated as a commonwealth in 1935, moves towards full autonomy were apace when World War II saw Japanese invasion. During the conflict and eventual liberation by the US, over a million Filipinos perished so that, when full independence was finally granted in 1946, a huge nationalist feeling swept the nation.

Democracy and economic growth have been relatively successful since, though the Marcos regime was a period of undoubted corruption and violation of human rights, ending in a series of more open and transparently democratic governments, begun with Corazon Aquino in 1986. Since then, the nation has sought to move forward in conserving its environment, a key jewel in its tourism crown, creating wildlife enclaves, switching much of its energy production to geothermal sources and setting up sustainable communities such as at Gawad Kalinga and Batad, trying to ensure that poverty both urban and rural is addressed whilst also seeking to preserve local cultures.

The result for visitors is a nation which is hugely welcoming to outsiders and which is beginning to realise the massive potential of its vast, unvisited wild areas of incredible beauty.

Read more about Philippines and our other tours in Asia.