Historians, adventure tourists and gap-year students alike make the busy pilgrimage to iconic Cuzco and Machu Picchu, cementing the notion that Pre-Columbian Peru is wholly defined by the Incas.

Yet there is so much more to this incredible land’s heritage: one of earth’s greatest ‘cradles of civilisations’ awaits at the extraordinary desiccated ruins of Caral-Supe and substantial and often jaw-dropping evidence of the sophistication of ancient societies lie liberally scattered around the arid coastal regions; meanwhile the mighty cordilleras and altiplano that hang in the shadow of the Andes offer a fascinating blend of archaeological gems , ecological abundance and incredibly welcoming contemporary settlements in this megadiverse and culturally complex nation.

Our group tours and tailor-made trips head through less travelled reaches, north of Lima.  You will visit the nation’s three topographical regions – the ‘selva’ of the Amazon basin, the dramatic Sierras of the Andean plateau and the cactus-strewn parched coastal strip, all home to marvellous flora and fauna alongside historical sites which offer insight into a huge range of cultures from the Norte Chico to the modern fusion of European and indigenous influences which make for a delightful patchwork of architecture, art and cuisine.

Indeed, one of the joys of travelling Peru lies in the journey itself: you will head over dramatic and breathlessly high mountain passes that gaze over the canopy of cloud forests, burrow through caňons that yoke together the Cordilleras Negra and Blanca and even enjoy the beauty of the Pan American highway as it hugs the turquoise Pacific.

It was overall an enjoyable and very well organised trip. Our guide throughout was extremely knowledgeable and couldn’t do enough to make the holiday as comfortable and enjoyable as possible.

Places to visit in Peru and on our Peru tours 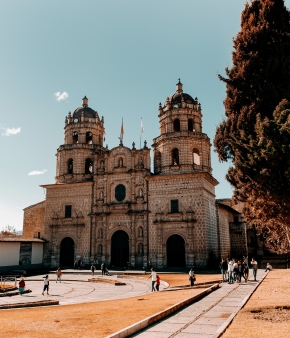 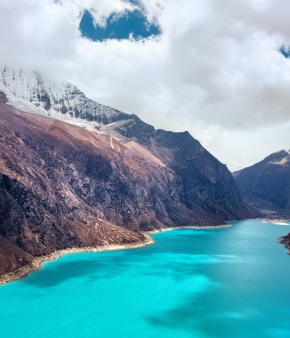 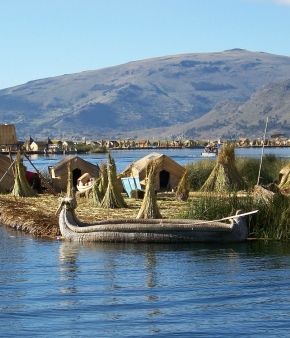 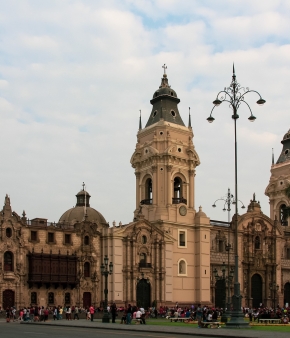 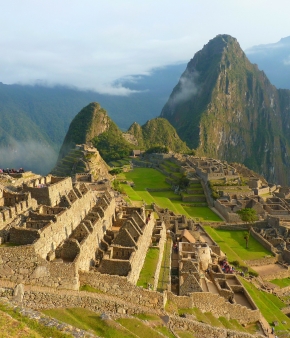 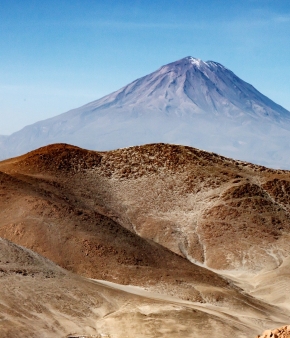 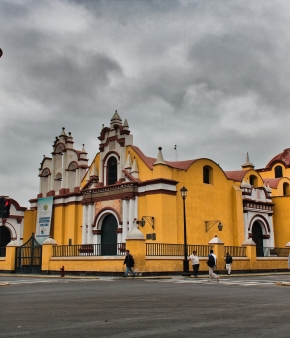 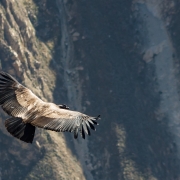 A land of dramatic contrasts, inescapable beauty, genuinely hospitable locals and the humbling ruins of sophisticated societies that each ruled for centuries amidst some of South America’s most bountiful landscapes. Whether you are threading through the colossal walls of Kuélap’s once impregnable 1,000 year-old fortress, thrilling to the timeless skills of Huanchaco’s reed boating fishermen, or gazing in awe at the seismic power that buried Yungay in an avalanche of mountain debris, a visit to the far reaches of this incomparable nation will leave you with a lifetime of vivid memories.

In a large nation of 1.3 million km², the dominant force has always been nature: from the luxuriant and often impenetrable Amazon basin that flows north-eastwards, covering 60% of the country, via the breathlessly high altiplano of the dominant feature of the Andes that acts as the north-south spine of the nation, to the rain-starved lowlands of the Pacific coast, Peru offers the visitor a journey that celebrates transformations in flora, fauna and scenery throughout.

The region is characterised by seismic activity and the southern reaches contain 31 volcanoes, the majority being active. The result over millennia has been fertile soils and prolific vegetation and wildlife in the rainier central and eastern areas: Peru is classed a megadiverse country and of its 21,462 species of plants and animals, nearly 6,000 are endemic. There exists a huge variety of birds – roughly 1,800 species – and of mammals which number over 500 species.

Nature lovers are rewarded by occasional encounters with such as the jaguar, puma and spectacled bear, to name but a few. The high rainfall in the Cordillera Negra and snowy Cordillera Blanca adds to both the Amazon’s flow and also the world’s largest navigable lake – Titicaca, indeed Peru contains an impressive 4% of the entire planet’s fresh water. On the coast, the cold Humboldt Current has created a very different habitat, with seasonal rivers offering oases where settlements have grown up amidst an arid region of sparse cactus-type vegetation, yet the chilly waters draw huge numbers of migrating whales past the Peruvian shores each year.

Interestingly, it is along this less favourable landscape that early civilisations developed: the Huaca Prieta settlement from around 12,500 B.C. was characterised by terracing and irrigation that indicates a complex agricultural set-up and this degree of sophistication developed during the Norte Chico culture of 3,000-1,800 B.C., best evidenced by the superbly regimented remains of Caral-Supe. Subsequent cultures were less extensive in their domains, yet of equal grandeur – the fabled peoples who produced the baffling Nazca lines, the impressive pyramid building Mochica of the first millennium A.D., the elaborately ordered city states of the altiplano Tiahuanaca, and the vastest adobe city at 60,000 strong Chimu population to be found at the wonderful ruins of Chan Chan. All speak of refinement and complex socio-political cultures.

The most famous of these probably had its beginning in the small Incan towns of the 13th century, but by the 15th century, centred on their capital Cuzco, the Incas had carved out a prosperous and highly sophisticated empire that ranged virtually the full length of the Andes and coastline. It is reckoned that Emperor Pachacuti ruled between 9 and 16 million people. The Inca sites are both beautifully planned and focused hugely on the cult of the Sun God’s religion. They termed their empire ‘Tawantinsuyu’ and deemed their emperor a ‘child of the sun’. The culture met its dramatic end at the hands of the Spanish conquistadors: you are able to visit and imagine the carnage that characterised the battle of Cajamarca in 1532 where 180 conquistadors and conscripts destroyed an Inca army of thousands of poorly armoured soldiers.

Whilst a much-reduced Neo Inca resisted for 40 years, the Spanish settlers quickly dominated, established Lima as their capital, and their Christian missionaries forced conversion, all achieved within a generation. The new colonial concept of the Viceroyalty of Peru was a larger area than the modern day nation, but its impact was colossal: disease reduced the indigenous people to 600,000 within a few decades and inter-marriage meant that the ‘mesitzo’ mixed race ethnicity soon became the majority.

Indeed today over 60% of Peruvians identify this way, whilst a mere 22% Quechua remain. Amerindian slavery characterised the new plantations and gold mines and additional African slaves were shipped in. Whilst on the surface, this brutal approach to the local population seemed disastrous, it has led to a nation whose culture is a fascinating fusion of origins. Indeed, Catholicism here subsumed much of the indigenous religious beliefs and ensured oddly that they endured in some shape or form. The rise of nationalism however was increasingly evident by the 18th century, owing to harsh Spanish taxation and a growing sense of Peruvian identity.

Indigenous rebellions such as Tupac Amaru II’s attempts to revive a Neo Inca state were crushed, but it was inevitable that Peru would follow the domino effect of independence attempt that were led by Simon Bolivar. Indeed, his army arrived to support the already successful liberation force of San Martin who took Lima without bloodshed in 1821. By 1824 the independence was secured by the defeat of a Spanish royal army sent to retake the colony at the battle of Ayacucho. Independence was dogged endlessly by border disputes that led to wars against Chile (1879), Columbia (1932) and Ecuador (1941, 1981 and 1995). In between, democracies came and went like tides, with dictatorships and military coups punctuating the 20th century.

The 1990s then saw insurgencies which threatened the democratic state’s progress. However, since these were resolved, Peru’s economy has begun to burgeon. By the start of 2020 exports of rare metals and textiles has helped growth and the industrial development rate stands at a cool 9.6%. Projects such as the 35 rock-hewn tunnels of the Caňon del Pato (Valley of the Ducks) indicate a confident, rapidly developing nation which is decisively forward-looking. The 32 million who comprise the population have increasingly begun to foster tourism, yet whilst most are confined to Lima and the Inca heartlands of Cuzco and Machu Picchu, far fewer as yet tread the sequestered ways of the coastal strip and northern cordilleras.

Here visitors can expect insights into unheralded but incredibly significant cultures, whilst also enjoying Peru’s fantastic wildlife, mesmerising scenery and compellingly vivid modern Peruvians who are tellingly proud to welcome you into their wonderful country.

Read more about Peru and our other tours in Latin America.