The nation’s current political limbo and insecure future belie the significance of its origins. Dwarfed by a ill-disposed neighbour and its tribulations largely ignored by many of its unwitting visitors – pilgrims, tourists and explorers alike, nonetheless Palestine has, through its extraordinary history, witnessed some of the world’s most celebrated events and is home to sites of fabulous antiquity and inescapable magnitude.

Rising from the aspirations of nomadic herders amidst the cradle of ancient civilisation, Egyptians, Assyrians, Christian crusaders, Saracens, Ottomans, British imperialists and many more have left their indelible mark on a land of glorious archaeology, starkly beautiful nature and a people whose smiles rise to welcome you with disarming ease.

In a timeless landscape and endless reminders of ancient glories, our group tour and tailor-made cast you back through time to see how the layers of the past have fashioned Palestine’s present. Combined with a tour of Israel, we lead you to experience places that have seared themselves on the imaginations of the world: whilst floating on the mineral-laden surface of the Dead Sea may be extraordinary, words can barely convey the mind-boggling longevity of settlement in Jericho, a place where a series of human civilisation’s firsts renders it central to our shared cultural origins.

We of course also follow the pilgrims’ trails to Bethlehem in the West Bank and East Jerusalem’s iconic holy sites, typifying the need for religious tolerance amidst a small walled city that claims Mohammad’s visit to heaven, Abraham’s near-sacrifice of Isaac and Christ’s resurrection within its boundaries.

Places to visit in Palestine 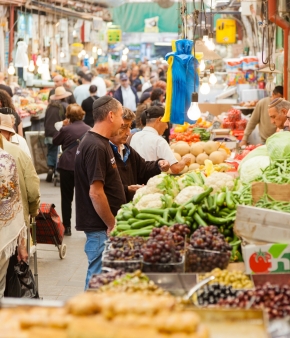 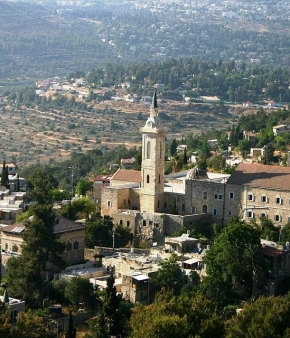 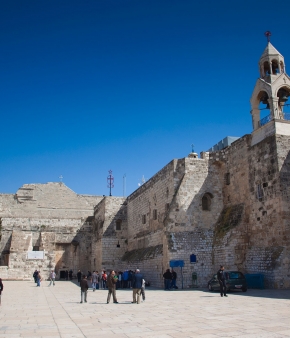 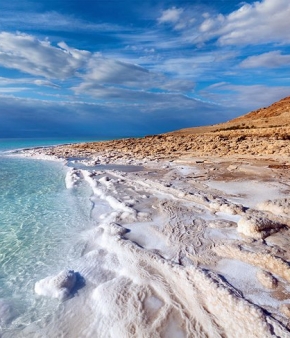 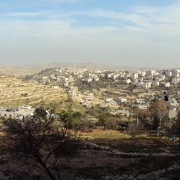 Whilst full UN recognition of Palestine is still tantalisingly withheld, there are few more recognisable landmarks in the world than the fabulous Jerusalem Old City skyline, gleaming gilded domes and venerable basilica vying in a photographic dreamscape. Away from the modern bustle of neighbours, here you still witness authentic, timelessly winding streets and engaging markets which transport you back through the Ottoman, medieval and Roman ages. Alongside Jerusalem and Bethlehem, incomparably ancient Jericho’s completes the jewels of a visit to Palestine, exquisitely laced together by the raw beauty of the Jordan Valley.

Palestine sits astride history on arguably the axis of the Eurasian and African continental trade routes; not only that, but three of humanity’s central religions – Islam, Judaism and Christianity see Jerusalem as at the very heart of their sacred world, a combination that has led to glorious acts of architecture and infrastructure, alongside some of history’s most nefarious deeds.

People have dwelled here at the southern tip of the ancient Fertile Crescent since the dawn of mankind – Jericho rests upon a bafflingly deep series of archaeological strata, and its origins lie some 12,000 years ago. Hence, here in Palestine the first communal and co-operatively built walled town, complete with tower and organised agriculture, can be discovered. To contextualise, at the same time, our European ancestors were still chasing woolly mammoths over cliffs, armed with clubs at roughly the same moment in time.

Many of the earth’s significant early towns began here, along the corridor of the waterway of Jordan’s rift valley, the Sea of Galilee and the fertile coastal strip. Southwards, the region has the protection of the arid Negev desert and the depression of the planet’s lowest point, the Dead Sea. Much of modern Palestine has its historical roots in the uplands of the Judean Mountains, and, whilst biblical scholars and archaeologists clash over timelines and details, there is little doubt that the Levant was first dominated by the Pharaonic powers of Egypt, before the rise of the two kingdoms of Israel and Judah in the first millennium B.C..

The first iconic Jewish temple dates from this period and was the zenith of a rapidly dwindling Hebrew powerbase following conquest by the Assyrians, Babylonian Empire and then the Seleucids. The Persian Empire endued longest, from the 6th to 4th centuries B.C., allowing for a brief Jewish revival and revolt in 167 B.C.. Independence foundered in the face of Roman expansion and Judea was reduced to vassal status in 63 B.C.. In the ensuing centuries, the dynamic force here gradually became Christianity and this was cemented by the decision of Emperor Constantine in 312 A.D. declare Christianity as the state religion of the Roman World.

St Helena, his mother, was instrumental in raising the profile of pilgrimage to the region and shrines and churches sprang up at sites she discovered the places of the reputed nativity and resurrection of Jesus of Nazareth. With the dissection of the Roman Empire, the Byzantines ruled the eats the dramatic zeal of the newly Islamised Arab armies captured the region between 634 and 641 A.D.. The stories of Mohammad’s ascent to heaven from the hilltop where the current golden Dome of the Rock stands established one of many new Muslim holy sites, such as the Al-Aqsa Mosque, which now vied for pride of place with the Jewish and Christian faiths.

The new world was a chaotic fusion of creeds, ethnicities and cultures and yet remained a place of general tolerance. This was all shattered in the 11th century with the call to arms from Pope Urban who launched a crusader army of broadly Norman origin at the ‘lost Holy Land’. Savage battles, weary sieges, tales of slaughter and even cannibalism brought the European army to the gates of Jerusalem which, against all odds, they captured in 1099, before executing over 60,000 inhabitants. The repercussions are still felt today across the socio-political world. A Christian kingdom, centred on the bishopric of Bethlehem, lasted until 1187 when Saladin’s forces won back control.

Further crusades followed, but the Holy City never again fell; the evidence of the period is seen most dramatically in the fortresses that both sides created and the walls of the settlements of such as Jerusalem and Bethlehem’s now once more walled town. In 1260 the Mamluk Sultans of Egypt ascended to power here and bolstered Islamic influence until the Ottoman Empire swept through and took the region. In turn, this period of stability ended when Turkey’s empire vanished as losing participants on World War I. The League of Nations created a Mandate, passing over control and the power to carve up the region to the British and French victors.

A military campaign led by British General Allenby used a crucial Arab volunteer militia, buoyed by the promises of British officer TE Lawrence (of Arabia) that their reward would be an independent homeland. Elsewhere, other such promises had been made by the British government to Baron Rothschild, a prominent Jewish peer of the realm. Clearly the problem was insoluble: the initial creation of two areas of Transjordan, on the east of the Jordan River and Palestine was fraught and by the end of World War II, a steady influx of Jewish immigrants became a torrent as the holocaust came to light.

The ethnic balance of the Palestinian British Mandate tipped steadily and gave rise to both Jewish and Arab guerrilla campaigns against the ruling powers. Seeking a complex and highly controversial solution in the creation of an Israeli state within the borders of then Palestine was inevitably going to lead to conflict, but by 1948 Israel was created and Palestine became a fragmented state, divided between the south-western Gaza strip that reaches to Egypt and the West Bank alongside the Jordan that encompasses East Jerusalem and Bethlehem, amongst other sites.

With British withdrawal came war, first Arab nations invading to claim border regions and then a series of Israeli victories that seized the West Bank back from Jordan and left the UN role at best a tenuous provider of peace, unable to rationalise a Palestinian state from the chaos. Wars with Jordan, Syria and Egypt and clashes along the Lebanon border have cemented Israeli powers and diminished the chances of a Palestinian nation state. Still today, more than 70 years since the map for the region was drawn up, the UN have not admitted Palestine as a full nation member and most of Europe, North America and Australia hold back from the same decision.

The Palestinian lands, often prey to famine and disease are very much the poor relations of the region and violence from organised militias against Israel are common, as are the reprisals. To complicate matters further, a program of Jewish settlements of the region have hemmed in the Arab and Christian populations and this is nowhere better seen than in the enclosing wall of Bethlehem, adorned with controversial graffiti by artists such as the British political cartoonist Banksy.

Despite the hardships, the Palestinian territories remain a fascinating venue: the people are genuinely overwhelmingly friendly and sharing a coffee or a meal is a thoroughly revealing and memorable occasion. The key sites of Bethlehem and the Old City of Jerusalem are a role model for religious diversity and tolerance, Christian, Jew and Muslim pursuing their faith alongside one another with unmolested zeal, whilst the buzz of the old market places and the jaw-dropping antiquity of Jericho are true draws to this nation with its compelling past and convivial present.