In the world’s fifth most populous country, it might seem unlikely that wilderness and escape are on the cards, and yet Pakistan boasts some of the world’s most stunning natural wonders, enabling you to head into the extremities like few other places. From the vast desert of the Thar in the east to the sublime majesty of the snow-clad mountainous north, the diversity of landscapes and wildlife is mesmerising, whilst the region’s history tells of empires and religions rising and falling amidst a heady concoction of cultures. From the dawn of history, people have come from far and wide; a few days in this beautiful, proud land will tell you exactly why.

Our pioneering group tour and tailor-made trips lead you on a thrilling expedition up the incomparable Karakoram Highway as it pierces the mightiest mountain ranges on earth – the Hindu Kush, the Karakoram Range and the colossus of the Himalayas. Starting in Islamabad, a throbbing hub of humanity and celebration of Pakistan’s rich history, this branch of the ancient Silk Road to China rises along a route studded with gems of ancient fortresses and evidence of long-disappeared civilisations. As the journey continues, explore side valleys and then the fabled former princedom of Hunza. Everywhere in this remotest of lands you will be met by the generosity of locals, keen to share their culture with you amidst some of the best mountain scenery imaginable. A truly breathtaking experience.

I am not a mountaineer but had always wanted to visit Nepal. This tour suited us perfectly as we got to see the sights but did not have to worry about climbing or strenuous hikes.

Places to visit in Pakistan and on our Pakistan tours 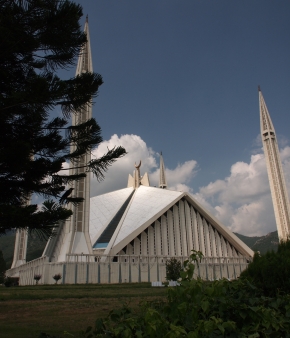 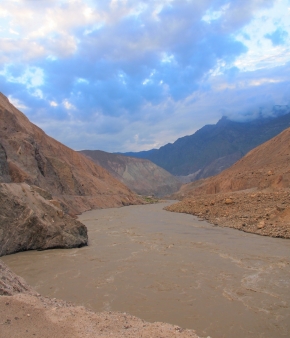 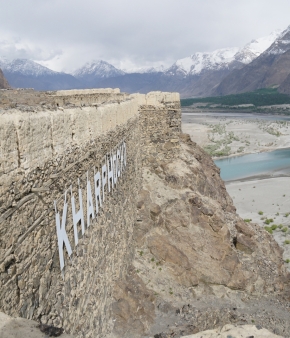 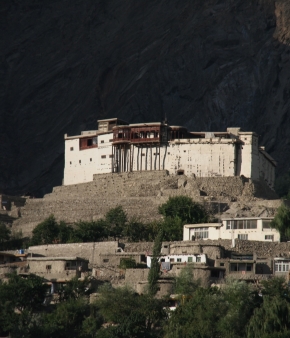 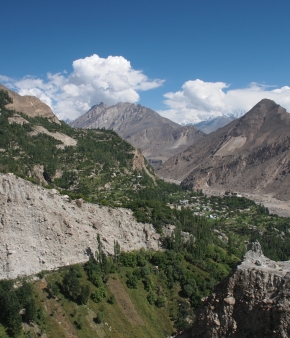 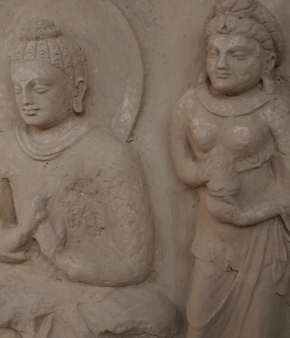 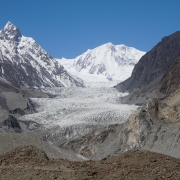 Whether history, nature or incredible scenery draws you, Pakistan offers myriad stunning delights: explore endless mazes of ruined streets at Taxila, hub of the ancient trans-Asia trade routes or wonder at the departed magnificence of the Bronze-Age city of Mohenjo-doro as arid sands embrace its decay. Perhaps climb the parapets of the Hunza Valley forts to drink in the awe-inspiring jagged peaks that dominate the Karakoram Highway’s sinuous passage, watching for snow leopards, or simply enjoy the inexhaustible hospitality of remote mountain cultures and their timelessly fine cuisine and culture.

Pakistan, literally ‘Land of the Pure’ in Urdu and Persian is a modern construct, born out of the convenience of a shared Islamic creed at the extinguishing of the fires of British Empire in 1947. However, a complex and fascinatingly rich history lies behind this nation of over 212 million inhabitants. Civilisations have developed and been destroyed here since the stone age, and the centre of social power began very much centred on the 1,609 km long Indus, a source of fertility, food and irrigation as it flows from the northern mountains to the Arabian Sea.

In the Punjab then, Palaeolithic cultures developed into two highly successful cities at Harappa and Mohenjo-doro, expansive metropolises which, after their fall at the end of the Bronze Age, remained buried until their values were appreciated by archaeologists in the 1920s. Today’s ruins spread far and wide and are simply a joy to investigate. Subsequently, Hinduism was one of the focal points for the empires that followed.

A key centre of these newer cultures was Taxila, cross-roads on the east-west Euro-Indian and India-China trading routes. Excavations of the gripping ruins suggest that the Vedic civilisations of the Gandharan Empire (c.1,000 B.C.), Persian Achaemenids (519 B.C.) and Alexander the Great (326 B.C.) all took the site and based their control of the surroundings from it. Indeed, records from Alexander to the 6th century Chinese visitors mention Taxila as the centre of a thriving and influential university.

The Maurya Empire and then the Indo-Greek Empire of first Demetrius of Bactria and then Menander (c.180-150 B.C.) led to a Buddhist domination of the region which was central to the faith of the population throughout the Rai and Pala dynasties in Sindh and Bengal respectively through the latter half of the first millennium A.D..

Whilst the Buddhist Golden Age continued in the latter, Islam arrived under the Arab general Mohammed Bin Qasim in 711. The zeal of the Muslim missionaries who followed led, by the second millennium, to a wholesale conversion of the area and set in progress the trends which led ultimately to the creation of modern Pakistan. The Muslim empires which followed – Ghaznavid, Ghovid, Delhi and Lodi – had their zenith in the Mughal Empire which lasted from 1526-1857. The artistic flowering of this culture can be seen is centres such as Lahore where the grandeur of the Badshahi Mosque and the fabulous frescoes inside the massive Tomb of Jahangir are wonderful examples of the Indo-Persian style.

Meanwhile, to the north the princedoms of the mountain regions, such as Hunza, had their own zenith in the creation of idiosyncratic palaces like Baltit. The decline of the Mughals’ power coincided with the arrival of the English East India Company who, arriving and setting up coastal powerbases in the mid-1700s, had gained entire control of modern day Pakistan and the Indian region by the 18020s. The British control on the Indian Empire, famously referred to as ‘the jewel in the crown’ by Queen Victoria herself, was not without its tribulations: the 1857 mutiny was largely fuelled by religious discontent amongst Muslims and the need to have a recognised voice led to the formation in 1906 of the All Indian Muslim League.

Strangely, it was far less anti-British than its Hindu equivalent, but did gather momentum for a partitioning of post-colonial India on religious grounds. When Muhammed Ali Jinnah led the discussions which achieved this, the chaos was extraordinary: huge riots, mass rape and the largest migration in history all got the nascent republic of Pakistan off to a grim start. The tensions remained and wars with India over Kashmir, a largely Muslim population with a Hindu ruling elite, in 1948, 1965 and 1971 led to the creation of Bangladesh, carved out of hitherto Pakistani territory. The issue remains and Kashmir is still predominantly under the Indian flag; visits to the Indian border to see the flamboyant and symbolic guard change are a spectacle worthy of any trip.

Since then democracy has alternated with military rule and tense debates over the role of Islam in politics. Oddly then, the country was the first Islamic state to elect a female premier and their co-operation with the west over the war on terror was noteworthy in its dedication of vast sums of money and aid. Tourism, once a burgeoning trend along the hippie trail of the 1960s and 70s, has lapsed amidst concern over proximity to Afghanistan’s Taliban extremists in the far west, but the great cities of such as Islamabad and Lahore are very much open for outsiders to marvel at the incredible architecture and sense of history.

The colonial hideaways of the hill stations are delightful cosmopolitan escapes from the summer heat and offer winter skiing, whilst the mountains that rise to K2’s pinnacle of 8,611m are a huge draw for serious climbers; indeed Pakistan contains five of the world’s fourteen 8,000m summits.

For more intrepid explorers, proximity to the ridges of porcelain snow and the behemoths of glaciers that grind down their gullied vales, the Karakoram Highway is a route that achieves just that. The host of small villages that thread together along its dramatic length are havens for cultures that have weathered change and offer a wealth of intriguing encounters with people maintaining traditions they delight in sharing. This is truly a land which offers every visitor boundless opportunities to thrill at their experiences.

Read more about Pakistan and our other tours in Asia.