This is truly a land of extremes from chaotic pilgrimage experiences at the heart of old Kathmandu to gentle aromas of incense drifting across the silence of Phewa Tel’s waters.

From panoramas of the world’s highest ranges to the myriad rows of intricate terracotta pots lining quiet Bhaktapur squares, you will find yourself endlessly reaching for your camera, capturing yet another once-in-a-lifetime shot.

If you can picture yourself wandering through hillside rice terraces, past gently gyrating prayer wheels and low-walled rivulets of crystal meltwater, or paddling down meandering waters, alerted to sudden glimpses of Asiatic elephants, freshwater dolphins and maybe even a Bengal tiger, then perhaps Nepal is perfect for you.

Our group tour and tailor-made holidays range far and wide in search of the treasures of one of the world’s finest combinations of natural and historical splendour.

From the inimitably vibrant capital of Kathmandu, a seemingly endless array of Buddhist and Hindu UNESCO world heritage sites, to the stunning Chitwan’s sub-tropical wildlife haven where Bengal tigers, one-horned rhinoceroses and Asiatic elephants flourish, your visit is an inexhaustible blend of hectic bustle and tranquillity.

Driving, you will happen upon sudden vistas where vast, glassy lakes play foreground to dazzling white, impossibly high Himalayan ranges before you descend and encounter the disarming smiles at local teahouses and Tibetan camps where ancient handicrafts are still very much alive.

Finally, the climax of your peregrinations is the incomparable architectural jewels of Patan and Bhaktapur, a worthy culmination of a tour of a truly magical nation.

I am not a mountaineer but had always wanted to visit Nepal. This tour suited us perfectly as we got to see the sights but did not have to worry about climbing or strenuous hikes.

Places to visit in Nepal and on our Nepal tours 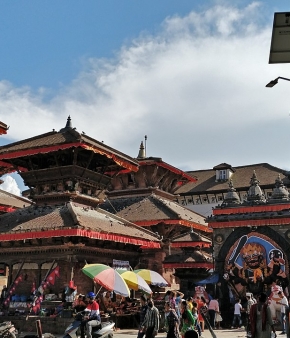 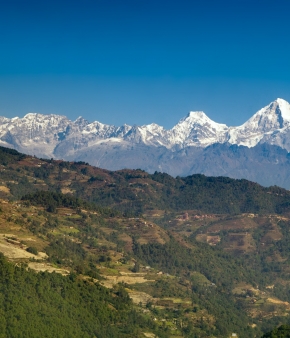 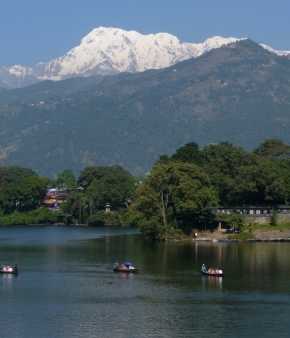 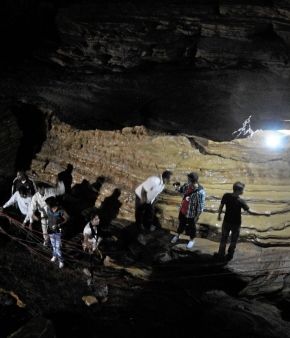 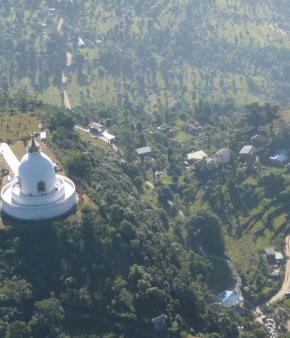 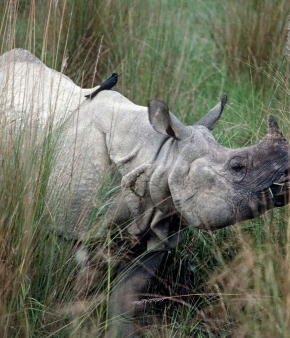 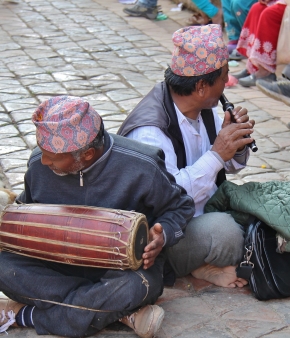 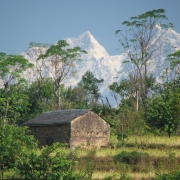 Nature at its most thrilling, culture at its most compelling, and humanity at its most warmly welcoming all characterise this extraordinary land. Silhouettes of giant stupas in Bouddhanath and the Palace of Fifty-Five windows in Bhaktapur’s grand mediaeval cityscape are but two of the iconic sites that Nepal has to offer. Everywhere, the sense of a nation that cherishes its history and religion as living entities and its natural world as a precious delicacy is a compelling and intoxicating one, from Lord Buddha’s birthplace at Lumbini to Chitwan’s beguiling sunsets. Simply unforgettable.

Nepal, like no other nation, both finds itself a refuge and a thoroughfare at the hands of the mighty Himalayas. Its largely mountainous landscape broadly characterises the nation, with the highest mountain range on earth dominating the northern reaches of the country.

For millions of years, the massif has been arising as the Indian continent subducts under the Eurasian plate, leading to regular earthquakes, the most recent large example of which devastated large swathes of the central towns and villages. Beneath the 8,848m gaze of ‘Sagarmatha’ or Everest the lower Himalayas slide into deep and fertile upland valleys, such as at Kathmandu, before descending to a narrower strip of sub-tropical lowland plains that look towards the Ganges basin.

The forests and savannas here add even more biodiversity to a truly mouth-watering range of species: 10% of the entire planet’s bird species can be seen here, largely among the country’s forests which make up 45% of the total 147,181 km². About 208 mammal species also exist here with rarities like the red panda, Himalayan musk deer, one-horned rhinoceros, Bengal tiger, snow leopard and Asiatic rock python all a realistic potential sighting.

Nepal, never itself colonised, and indeed not open to westerners until 1951, has avoided some of the hunting excesses of nations during the 19th and 20th centuries and poaching and trapping of endangered species has been virtually eradicated. That means that the chances of survival of tigers and rhinoceroses, for example, have been greatly boosted in recent years. This asset of mountainous isolation has been an asset to Nepal in many ways. The Himalayas form a natural northern boundary, whilst the plateau beneath has historically guarded against serious incursions from India.

Ironically then, it appears that early settlers probably came through the passes from Tibet, so that sparse populations were a feature until around 4,000 B.C. when established villages left their archaeological mark. By 500 B.C. the dynasty of Gopal Banta was recorded ad this was replaced by the enduring Kirata kingdom in the highlands and west. In the south, the pattern of smaller kingdoms was the norm and one of these, Shakya, was the place from where Prince Gautama Buddha abdicated and founded one of the world’s great religions.

From this beginning in the 7th century B.C. the notion of religious tolerance began to emerge and even today Tibetan refugees trickle into places such as Pokhara where they settle and establish age-old customs and beliefs in a land where welcome is extended to all outsiders. The beginnings of written recorded history came with the Maurya Empire in around 250 B.C. and Hinduism began to spread confidently from the south.

With it came the caste system in the 1300s, introduced by Jayasthil Malla and within a century, the majority of local rulers were Hindu and Nepal is today prized as a purer and more traditional home of the religion, uninterrupted as India was by Islamic influence and the British Empire. The Nepalese powerhouse was centred on Kathmandu and then divided into 4 rival but cooperative princedoms at the capital as well as Patan, Bhaktapur and Banepa. Partially this wealth came as a result of the city’s position on the Himalayan branch of the Silk Road.

This led to a flourishing in the arts as evidenced by the glorious edifices of the old centres of these towns. The success of the regime had its golden age under the Gorkha rule of Prithvi Narayan Shah whose armies united a region roughly akin to modern day Nepal. Indeed, such was the power of the kingdom that it made incursions briefly into China and British India, leading to wars. In the latter case, the skill and strength of the Gurkha soldiers came to the attention of the British who were initially bested in several encounters.

The historic legacy has been the much-prized enlisting of vast numbers of Gurkha individuals into their own regiment of the British army over the centuries, a practice which is showcased in the Pokhara museum.

Nepal’s independence suited Britain too as it provided a buffer to the north and so, when the harsh rule of the Rana dynasty began in 1846, its Anglophile rulers provided military aid when required in return for land cessation in northern India. The disproportionate wealth of the ruling elite is easy to see in towns such as elegant Bandipur and so it was not until 1990 that democracy truly was given a chance as a Maoist uprising began, leading to civil war, a massacre of the royal family and the eventual establishment of a secular democratic republic in 2006, thereby ending the rule of the final Hindu kingdom.

The position of Nepal as one of the world’s three poorest countries is gradually being addressed as the economy is fast growing and poverty has halved in little over a decade, but unemployment remains painfully high. Tourism and textiles are now at the centre of Nepal’s economy and the land which was the ultimate goal during the hippie revolution is now a sympathetic and deeply hospitable venue. The importance of visitors was brought sharply into relief after the earthquake of 2015 which damaged many of the greatest historical buildings: renovation of sites has gone on apace and Nepal is very much re-open for business.

Expect to be greeted as a true friend by a nation which truly values your presence.

Read more about Nepal and our other tours in Asia.