Sandwiched between Romania and Ukraine, Moldova’s cultural influences borrow heavily from neighbouring states and from a Soviet Socialist past. Indeed, those in Moldova’s self-proclaimed breakaway republic of Transnistria still seem to prefer hammer and sickle communism to liberal European democracy.

The tour visits the country’s capital, villages and main historic sites, and explores its winemaking tradition, in a short but intriguing week that can’t avoid contemporary geopolitics.

Most people are unaware that Moldova exists and are unable to locate it on a map. Sandwiched between Romania and Ukraine, this tiny country is home to one autonomous region Gagauzia, and one ‘breakaway republic’ Transnistria, making it one of the quirkiest in Europe.

With influences ranging from the Ottoman Empire to Romania to Russia, Moldova is a fascinating melange of cultures. On this short trip we explore cave monasteries and vast underground wine cellars – with of course opportunities to sample the excellent local wines – and cross the border into Transnistria to explore its capital Tiraspol, and Bendery with its impressive 16th century fortress.

‘Off the beaten track’ doesn’t even come close to describing this trip.

*Our August departure is timed to be in Transnistria for the National Day parade.

Arrive in Chisinau where you will be met at the airport and transferred to your hotel. Depending on your time of arrival you may have the opportunity to explore the city. Overnight at Jolly Alon Hotel or similar. No meals are included today. 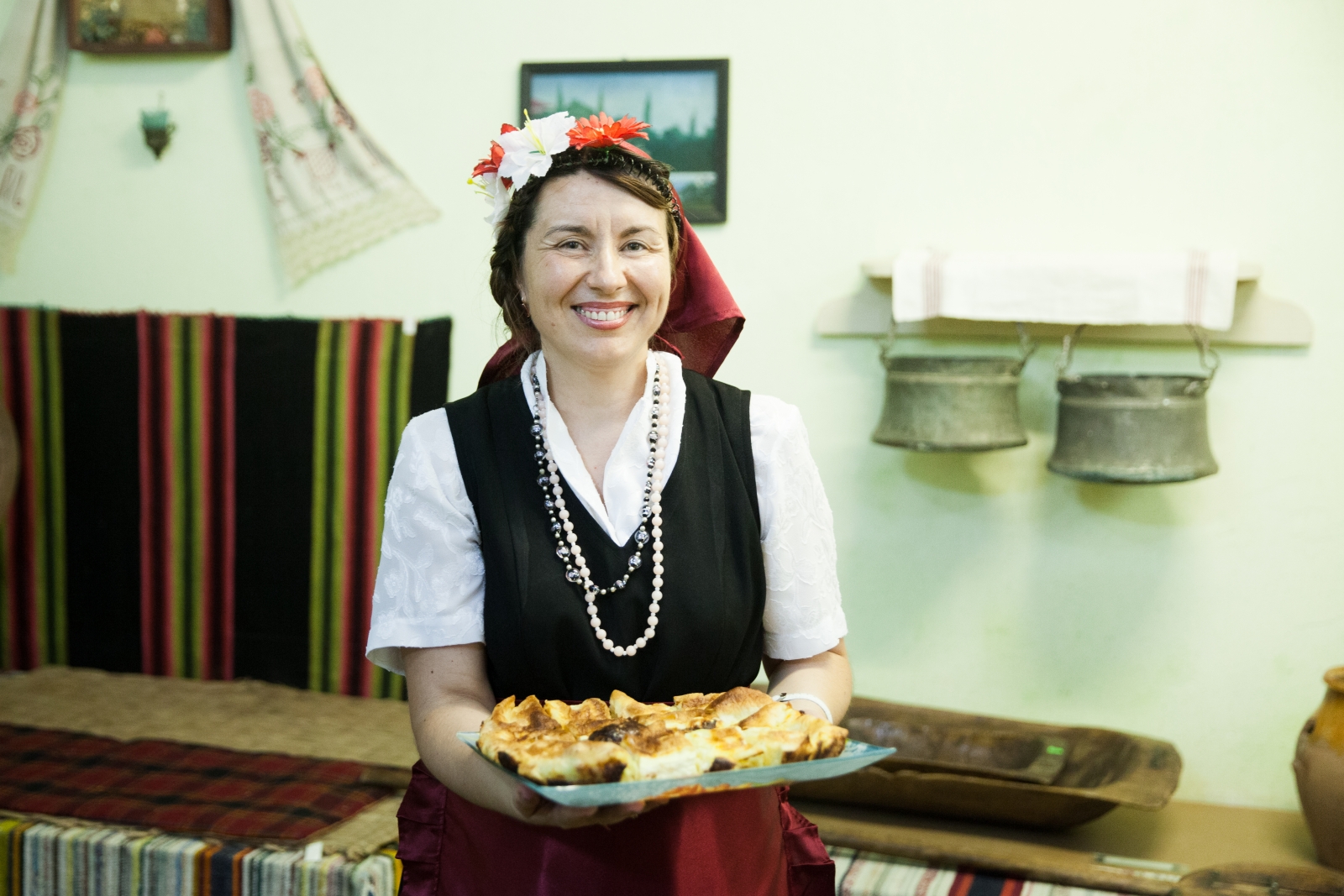 After breakfast we embark on a walking tour of the capital, visiting key sites including the Arc de Triomphe, the Cathedral, and the Moldovan Parliament. Continue with a visit to the National Museum of Ethnography, with its collection of archaeological treasures and old Bessarabian carpets. From here we drive to Besalma village, in the autonomous region of Gagauzia, to visit the Gagauzian Museum of History and Ethnology. It contains hundreds of exhibits of artistic and spiritual value assembled over the last two centuries. After lunch in a local restaurant with typical Gagauzian dishes we continue to Comrat, the capital of the region. We will take a tour of the town before returning to Chisinau. Overnight at Jolly Alon Hotel or similar. (BL) 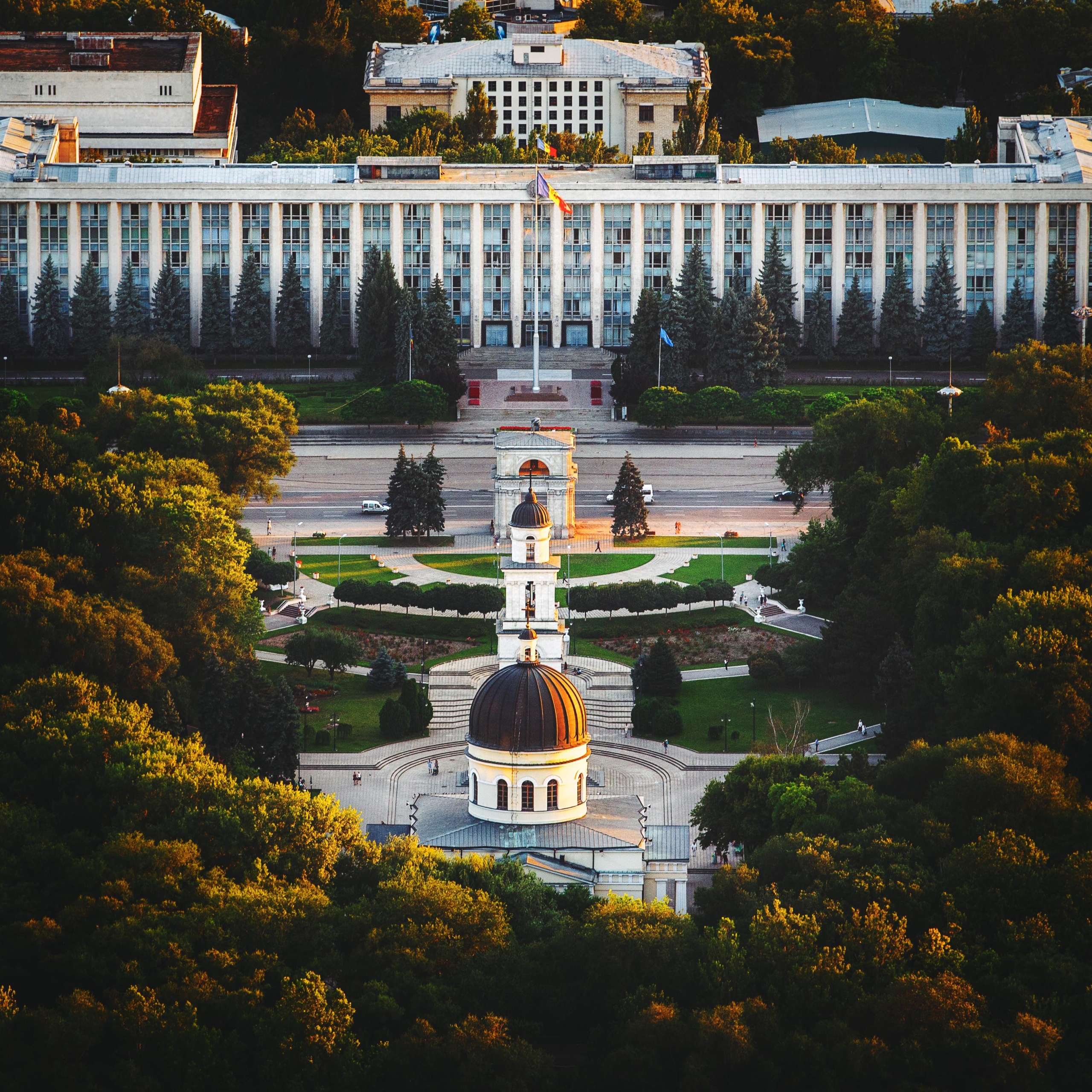 After breakfast we drive to the vast underground tunnels that house the wine cellars of Cricova, and take a tour by train, with time to enjoy a tasting of some of the wines. There will be the opportunity to buy some souvenir bottles in the on-site shop. We will continue to Orheiul Vechi, an impressive 13th Century cave monastery complex set amidst dramatic scenery, and from there to the traditional village of Butuceni where we will have lunch in a rural pension, which will include Moldovan dishes and home-made wine. After lunch we will visit the village of Trebujeni, where we will be invited into a local home to drink tea with the family, before returning to Chisinau. Overnight at Jolly Alon Hotel or similar. (BL) 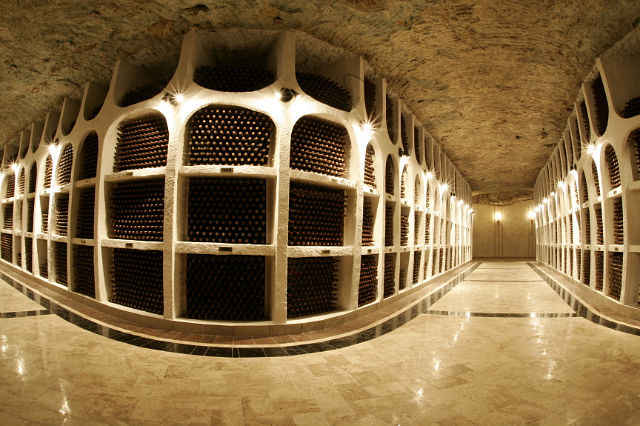 This morning drive to the border and cross into the breakaway republic of Transnistria. We head to the city of Tighina, or Bendery, where you can explore the 16th century fortress and visit the on- site museum. We will also visit the War Memorial, before continuing onto the capital, Tiraspol. We will have lunch in a Ukrainian restaurant and afterwards embark on a walking tour of Tiraspol, where we will spend the night. Overnight at Russia Hotel or similar. (BL) 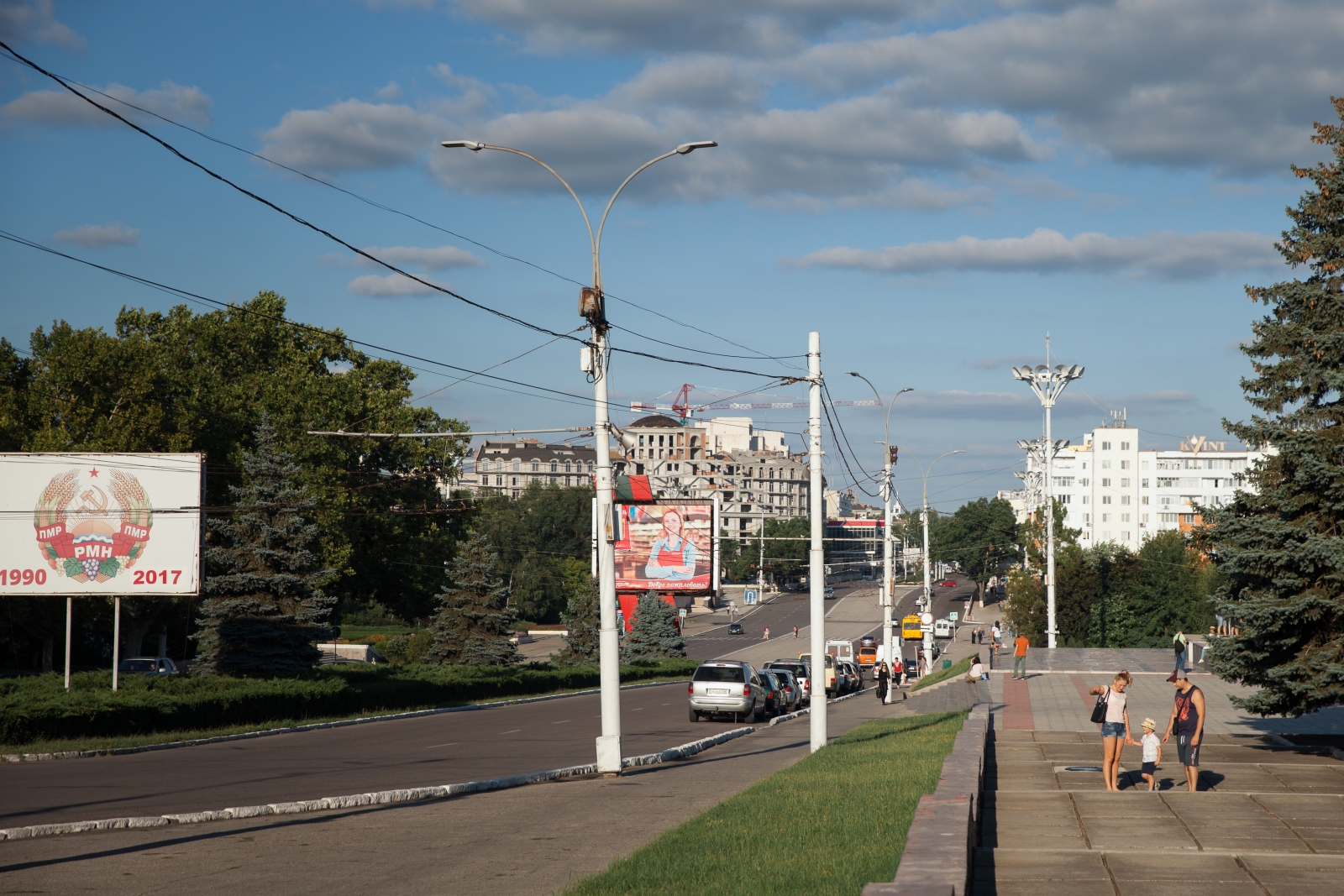 This morning we begin our return to Chisinau with a visit to the Martha and Maria Monastery, dating back to the beginning of the 20th Century, built in a fine architectural style. We then move onto the small family winery of Et Cetera established in 2003, where we will be given a tour by the winemaker himself, Alexandru Luchianov, with the opportunity to taste some of his award-winning wines. We will enjoy a traditional lunch prepared by the family, before returning to Chisinau, where the afternoon is at leisure. In the evening meet for a farewell dinner at “La Taifas”, a popular Moldovan Restaurant with local music. Overnight at Jolly Alon Hotel or similar. (BLD) 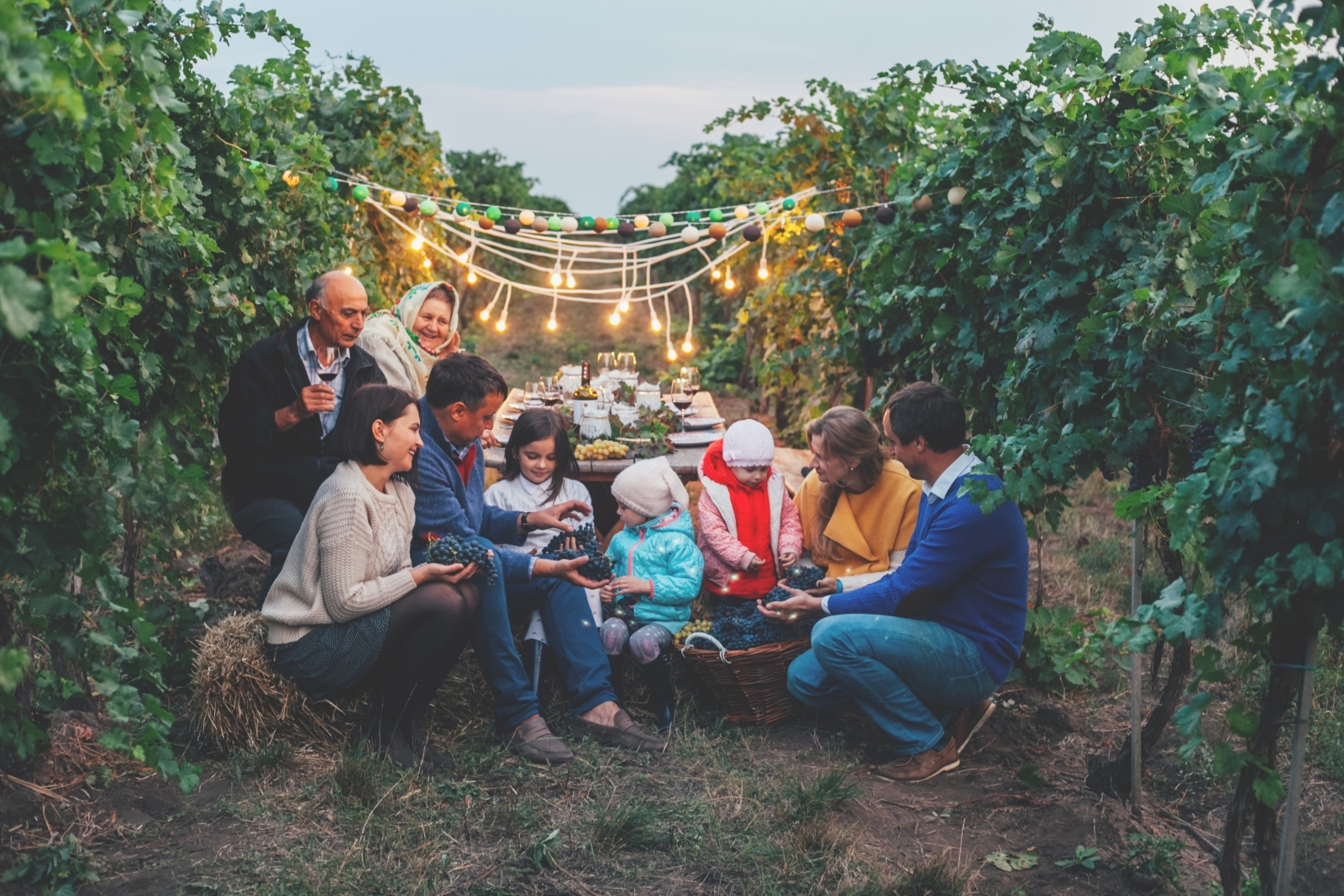 The tour ends today after breakfast when airport transfers leave to meet onward flights. (B) 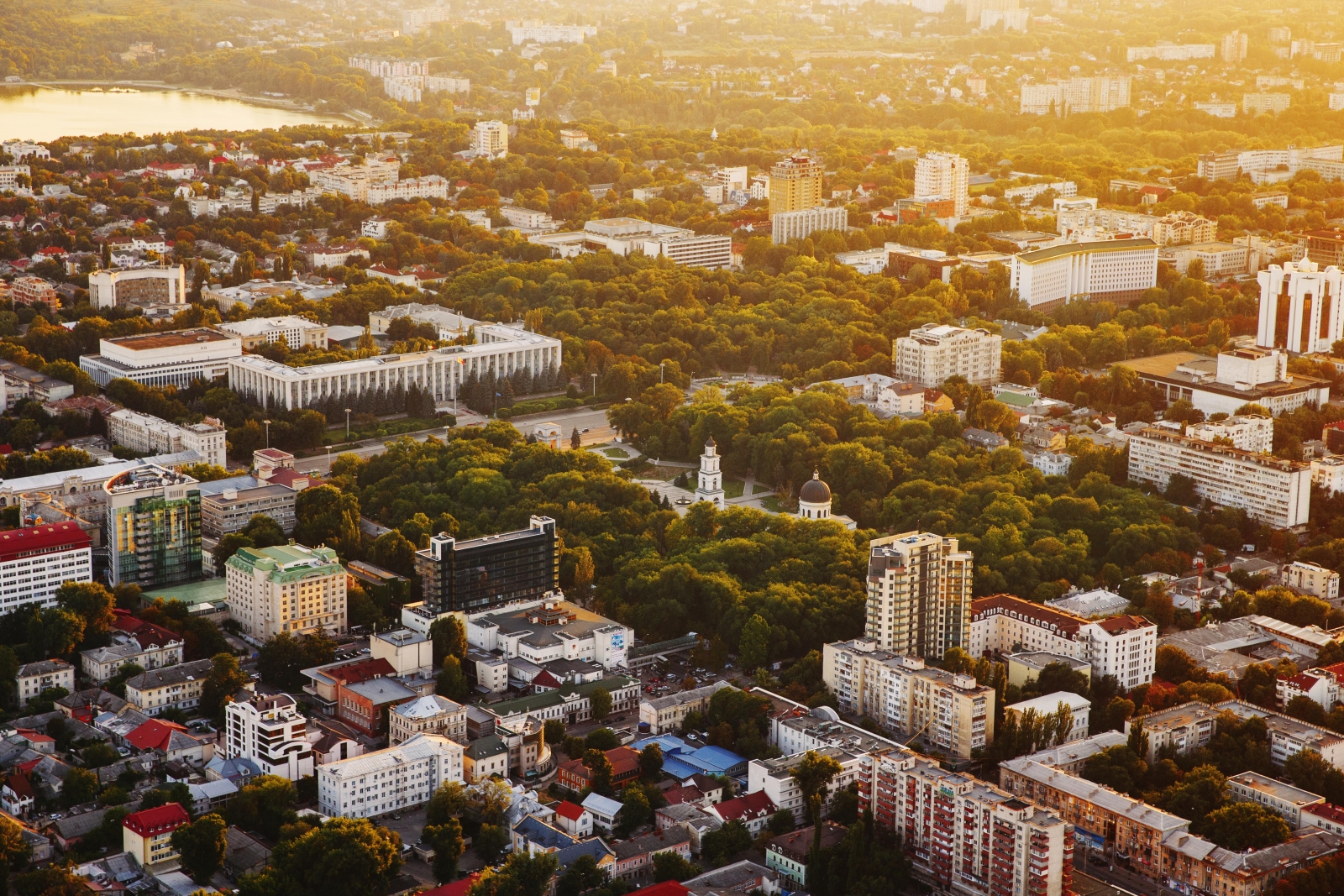 Return flights from London to Chisinau start at around £320. Please contact us for a quotation.

Extra night accommodation pre and/or post tour in Chisinau costs from £46 per person, per night sharing a twin/double room and £79 per person in a solo occupancy room.

Combine Moldova with Bulgaria and Romania

Why not include Bulgaria and Romania to your tour for a more in depth look at this fascinating and little visited part of Europe? Our Essence of Bulgaria tours followed by our Romania – The Land that Time Forgot tours can easily be done as back to back tours before your tour in Moldova starts.

Kindly note that we can also tailor a similar or totally different itinerary to meet your requirements. Please get in touch so that we can tailor your perfect tour of Moldova. 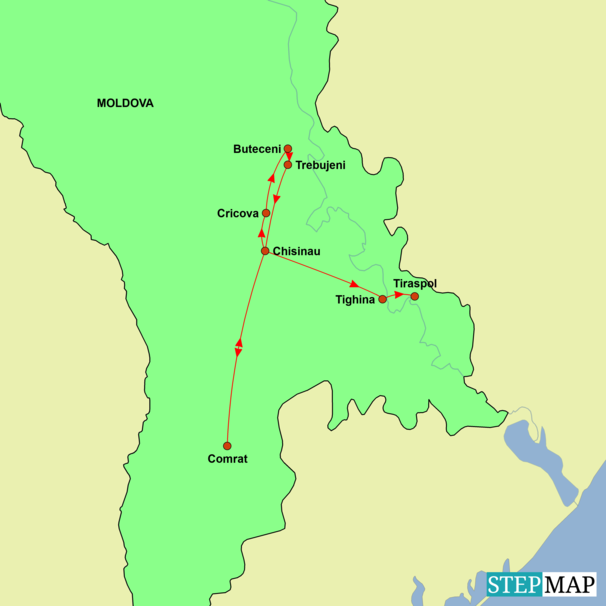 I thought I would contact you to say how much I enjoyed the trip. From the moment we were met at Chisinau Airport by the rep, to when we were dropped off at the airport yesterday by our excellent driver, the whole holiday has been a tremendous success. The hotel accommodation was superb, as was the food and wine! Plenty of choice and variety every day. All the hotel staff, without exception went out of their way to make our stay there as comfortable as possible. Ina, our guide was EXCEPTIONAL.

Overall a great trip, in particular the guide was excellent. Impressed by the food and wine options in Chisinau, highlight of the trip was the visit to Purcari winery.

Ina was excellent. She was friendly and knowledgeable. It is always a guide that makes a trip such as this.

Our guide Ina was an amazingly calm, confident and wonderful person to be with. Very knowledgeable obviously, but graceful and extremely helpful. A fabulous and hugely enjoyable trip.

Read more about Moldova and our other tours in Europe