A land where the mountain dominates – over 90% of the country is over 1,500m – Kyrgyzstan looks irresistibly towards the fabled ‘Celestial Mountains’ that buttress the Chinese territories to the east.

Comparisons with the beauty of Switzerland are inescapable and visitors come to imbibe the pristine air, marvel at the lush, grassy highlands and inaccessible peaks, and experience a world where the wealth of the Silk Road has brought a cornucopia of cultures together in trade, war and colonisation.

Today, Kyrgyzstan offers the visitor an hospitable glimpse into nomadic life and a window onto epochs in which dynasties have flourished and faded in this land of fabulous isolation.

Our exciting group tours and tailor made itineraries climb high into a world of altiplano and dizzying mountain ridges, exploring some of the most rugged scenery and visiting immaculate high-altitude lakes and isolated settlements. Entering the country from the Pamir Highway via the dramatic Kyzyl-Art pass at a vertiginous 4,282m, the scenery triumphantly cries space and solitude, from the distant grandeur of Mt. Lenin to the largest lake in Central Asia and arguably most beautiful at Issyk Kul.

The route explores the spectacular highways skirting the Tien Shan range which form an almost insurmountable natural barrier with China. You will walk with local shepherds, have the chance to stay in traditional yurts and Kyrgyz homes and wander the ancient streets of Osh, all in a world that seems to stand still.

Finally, the languid resort of Cholpon-Ata allows you to relax awhile, before exploring the curious relic of Soviet control that is Bishkek, the capital.

Altynbek, Jomart and Jirgal were three excellent guides/drivers who looked after us. They were always polite, good humoured and well presented. They endured long days of driving on unpaved roads and at times must have felt tired, yet they maintained their high standard of willingness to make sure our holiday was enjoyable and special.

Places to visit in Kyrgyzstan and on our Silk Road tours 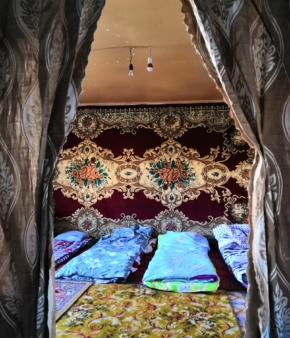 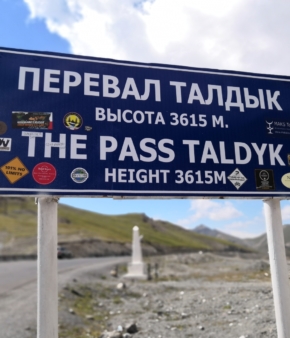 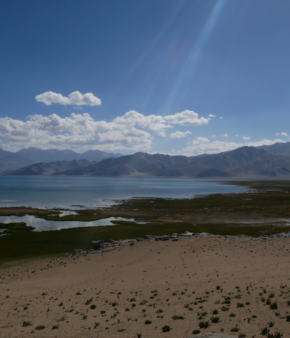 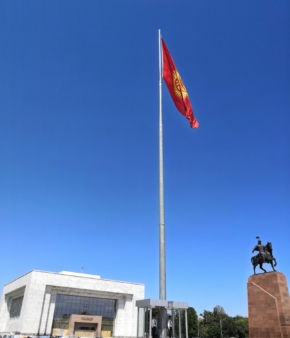 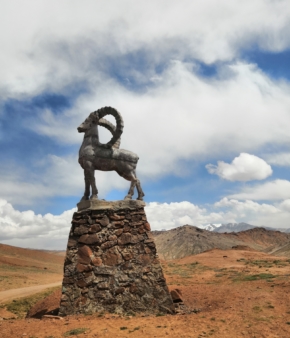 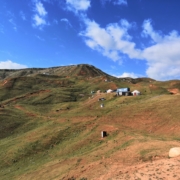 Landlocked, far from the tourist hubbub and largely ignored by outsiders, Kyrgyzstan is a land of compelling allure. Its literal heartbeat is its overwhelmingly hospitable 5.3 million people who broadly still practise a semi-nomadic lifestyle into which you are inevitably immersed. Wild horses skitter across the Steppe, in the gaze of snow-clad ranges, superb panoramas constantly demanding the eye. Ever-present relics of the magnificent Silk Road’s progress wending from medieval trading posts to the labyrinthine streets of Osh make this a heady blend of lost luxury and living history which few ever experience.

The complex melting pot of cultures that make up Kyrgyzstan are encapsulated in the country’s name: literally ‘land of the 40 tribes’, referring to early foundation mythology, a flavour of which are represented by the incredible array of ‘petroglyphs’ that can be viewed near Cholpon-Ata.

Indeed, from the Scythian-Saka clans in the north-east in the 6th century B.C. to the modern state, the ebb and flow of cultures has been remarkable. Kyrgyzstan’s oldest habitation at Osh offers a sense of the bustling wealth that has flowed along various Silk Roads, its maze of aromatic streets still resounding to the sale of spices and nuts and dried fruits and cured meats.

The proud independence of the region has been hard fought: Alexander the Great failed to defeat the Saka; the subsequent Kurshan Empire endured until the 4th century A.D. when the Huns rampaged through. Into this void came the Turkic and Sogdians, who brought many of the enduring foodstuffs of today such as the hearty staple of Plov (rice, lamb and vegetables). The Khanates bolstered the Silk Road, remnants of their caravanserai (trading posts) making fascinating reminders of its importance.

By the 8th century, Arabs brought Islam and after initial repulsion were harnessed as allies in defeating Chinese invaders at Talas in 751.  Samanid, Karakhanian and Seljuk Persian dynasties followed and then the advent of the Kyrgyz people from Siberia, in the 1200s, began to mould the nation that we see today: a blend of European-Mongol descent, led decisively by Genghis Khan, they crushed local resistance and established an enduring culture. Herders of cattle, riders of horses, they migrate into the mountain ‘jailoo’ in summer, grazing stock in the stunning Alpine meadows, lands that still hold brown bear, grey wolves and the rare snow leopard.

The culture is most recently celebrated in the ‘Nomadic Games’ where wrestling, horse javelin and archery are amongst the events. Today’s Kyrgyz value hospitality and generosity of spirit above all else and make for heart-warming encounters, sharing the ubiquitous tea ritual alongside ‘kymyz’, a fermented horse milk. The culture has weathered Chinese and Uzbek overlordship and colonisation by the Russians in the 1800s. The subsequent Soviet Union vassal republic reverberated regularly under uprisings, brutal reprisals and the inevitable path to independence in the 1990s.

Today, seemingly unscathed, Kyrgystan is the land of the eagle hunters, hot spring retreats, archaeological odysseys and ridiculously stunning pearlescent peaks and turquoise lakes, all within the grasp of the intrepid traveller.

Read more about Kyrgyzstan and our other Silk Road tours.