The ‘Rose City’ of Petra is an exquisitely beautiful place to experience and few travellers will truly feel their peregrinations complete without wandering its gorges, awe-struck by the magnificence of the 1st century monolithic carvers, yet beyond its almost incomprehensible beauty lies a land which has seen the rise and fall of so many great cultures whose legacy is strewn liberally about Jordan’s stunning topography.

The fertile crescent of the Middle-East has brought Moabites, Assyrians, Babylonians, Persians, Greeks, Romans, Crusaders, Saracens, Ottomans and even the warring powers of the 20th century and the mountains, rift valleys and deserts simply teem with hugely significant historic sites, all awaiting amidst an unforgettable landscape.

Our stunning group tours and tailor-made trips lead you to the ancient heartlands of this fascinating kingdom. You will travel the length of the highlands that provided Jordan with fertile soils and its most successful civilisations, as well as descending to the lowest point on earth – the truly unique waters of The Dead Sea.

A visit to the land of the Hashemites cannot be complete without treading the fabled streets of the Petra, truly a wonder of the modern world, yet a host of unheralded gems await which will truly amaze: ride the world’s oldest road and lose yourselves for hours in the incredibly well-preserved streets of a Roman city, scan the same panorama that showed Moses the ‘promised land’ and discover early intricate Christian mosaics and colossal Crusader castles, before encountering the warmth of the Bedouin, camping amidst their endless desert dunes.

The local guide made the historic sites really come to life. The meetings and interactions with the local people made this such a special trip. Thank from us both. 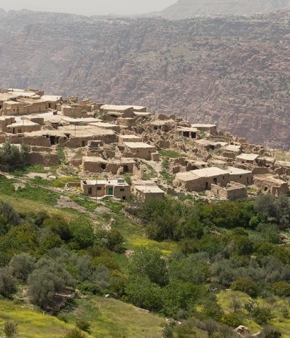 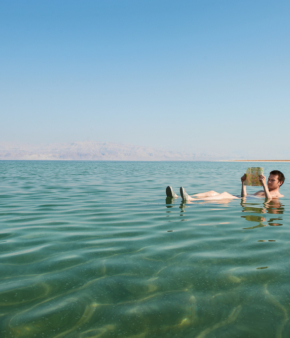 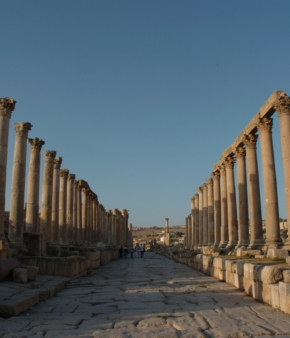 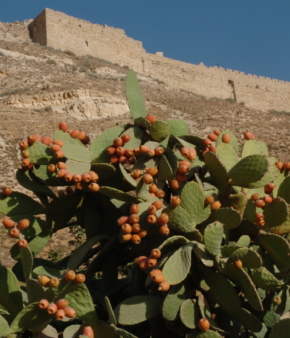 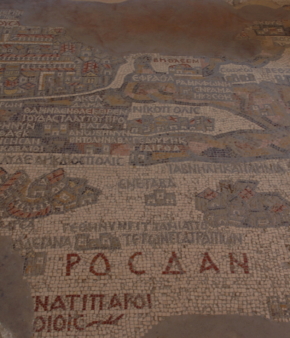 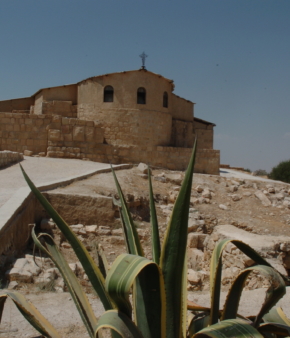 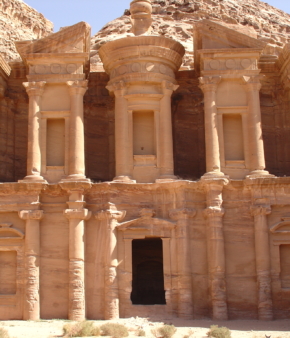 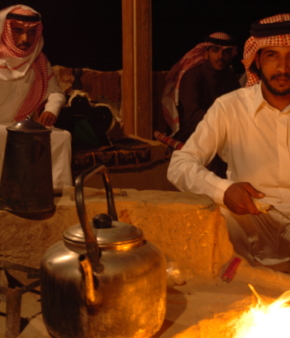 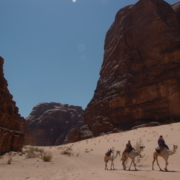 Jordan enviably encompasses the chance to witness a landscape simultaneously bearing the vivid scars and magnificent creations of centuries of dramatic power struggles. Stroll the sophisticated streets of Roman Jerath and stand proudly atop the enormity of the Crusader castle at Kerak; bask in the graceful Ottoman gardens of Dana and lose yourself in the enchanting and awe-inspiring city of Petra. Set this against nature’s dramatic spectacles at Wadi Rum’s desert idyll and The Dead Sea’s vivid mineralised waters, and you know that this is a country of incomparable majesty and awe.

Today’s stable, economically successful and wonderfully welcoming kingdom has been a hard won success story: the region around Transjordan has witnessed the vicissitudes of war over the millennia, which have left the indelible print of history on this noble land.

Whilst today’s Jordan is relatively vast at 89,342 km², its 10.5 million people are broadly centred on the productive highlands of the western parts of the country, arable fields and woods of Aleppo pine, cypress and oak, which sink down to the Jordan Rift Valley and The Dead Sea – an incomparable 420m below sea-level. Its uncannily azure waters betray the intensity of the salination which can today support a human body on its surface. To the east of the ridges, the land becomes arid and dotted with oases, seen in the idyllic wilderness of Wadi Rum, ‘Valley of the Moon’, where modern Bedouins still practise nomadic lifestyles alongside disarming hospitality.

The changing faces of the landscape are nowhere more stark than here: dunes of burnished gold, framed through nature’s arch-like aperture and cockling towers like mummified fingers of stone that subside from dark ochre to rosy copper in the evening light. Into this land of harsh contrasts came early hominids who settled and left a rich plethora of prehistoric sites, including, curiously, the first recorded bread-making evidence. The Jordan provided a corridor for ancient Egyptian expansion and by the Iron Age three tribal kingdoms of Moab, Amon and Edom vied for power, recorded in conflict with early Israel and Judah as they settled. Visitors can retrace their arrival by ascending Mount Nebo and standing where Moses reputedly stood to survey the land of Canaan, a majestic view of striated and gullied highlands rolling away into the deep green haze of acacia and olive-clad hills.

Throughout the next centuries, the region traded lucratively with Assyria and Babylon, before being subsumed into the latter Empire and subsequently the Persian and Hellenic civilisations. The arrival of the Romans in 63 B.C. was swift and decisive: following Pompey’s victory, the thriving kingdom of Nabatea was permitted autonomy until 106 A.D. when Trajan decided to annexe it, yet this period was the golden age of the Nabatean capital, Petra. The people’s stonemasons were true geniuses, and Petra’s great city was literally hewn out of the pink sandstone of the layered canyons.

The incredible mausoleum of King Aretus IV, a superlative monolithic carving, which is as utterly compelling as its much vaunted description promises, is merely the tip of the iceberg here: temples, the splendid treasury, theatres, churches and a highly sophisticated water system define this as a culture at the zenith of its powers.

Trajan also rebuilt the King’s highway, the oldest continual use road in the world, whose dramatic route stretches sinuously along yawning contours to span the rugged topography. The ruined Roman city of Jerath also demonstrates the Empire’s power from this period, preserving decadence in the temple of Apollo, Hadrian’s arch, the forum, amphitheatre and elegant colonnaded procession from the modern city. Christianity’s arrival and the fracturing of the Roman Empire led to a proliferation of Byzantine churches, nowhere better illustrated than in the mosaic map of the Holy Land on the floor of St.George’s in Madaba, its survival belying the religious tug of war that characterised the next centuries.

Karak castle emanates from the brief Crusader monarchy, a colossal, imposing testament to the flowering of military European construction in the 12th century. The caliphates of the 7th-12th centuries and then Saladin’s victories in the 1180s ushered in a lasting Islamic legacy, with warring factions such as the Ottomans and the Pashas supplanting one another until the British sponsored Arab revolt of 1916 which ousted the old Turkish overlords and laid the foundations for the current state. Independent Jordan effectively began in 1946 and the country has weathered the vicissitudes of the 20th and 21st centuries, making Arab-centric reforms, a coherent democracy, a vibrant capital and a stable economy in the process.

Visiting is a straightforward and hugely rewarding experience; exploring Jordan is to relive the labours of many ages and peoples in a mesmerising flurry of unforgettable experiences.

Read more about tours in Jordan and Middle East tours.

Republic of Congo
Scroll to top