Jamaica instinctively conjures up images of sun-kissed white beaches and calypso cricket; indeed these are in easy supply. And yet, if you are willing to wander a little off the tourist trail and strip away the veneer of reggae and clichéd depictions of Rastafarianism, this is an island with a fascinating history and a plethora of sequestered natural wonders.

Step into a world where locals delight in sharing their culinary skills, in relating fabled tales of the Maroon and native tribal freedom-fighters, and where the dual narratives of colonist and slave intertwine to reveal a land of happening street cultures, bustling local industry and secluded escapes which are relaxing and enervating in equal measure.

Our comprehensive group tours and tailor-made trips will lead you to the four corners of this iconic Caribbean island. Explore the south coast, with its beautiful bays, elegant wooden colonial houses, wetlands abundant with local flora and fauna and capitals – old and new.

Learn to prepare delicious local dishes the Jamaican way. Head over the lush expanses of the Blue Mountains and gaze from wonderful vantage points at the topography of this idyllic setting and encounter the heartlands of the ex-slave rebels. Glide down the waters of the Rio Grande on bamboo rafts, following in the paths of the banana harvest.

See the impressive work done by our supported charity in north coast schools and explore the plantations and mansions which tell of its turbulent slaving past. Finally, reward your heady explorations by luxuriating in nature’s banquet of reefs, cascades and beaches.

This was the real Jamaica that I really hoped to see. No all inclusive resorts just real people, real smells and flavours and a great immersion in to the local culture. I want to go back now!

Places to visit in Jamaica and on our Latin American tours 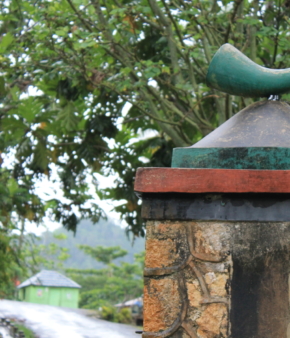 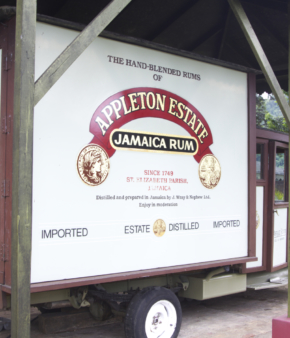 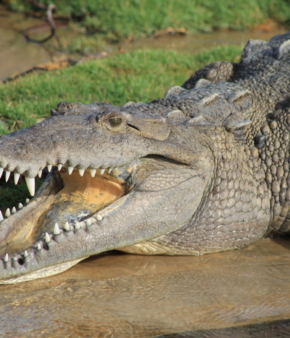 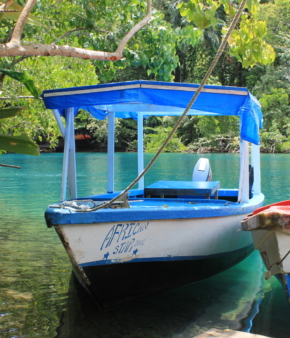 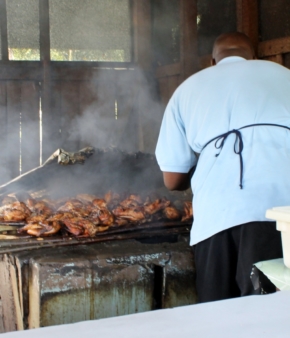 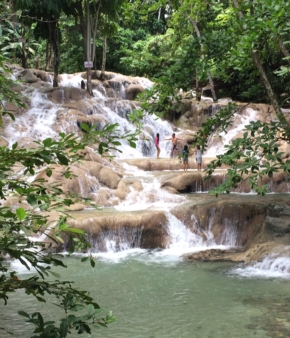 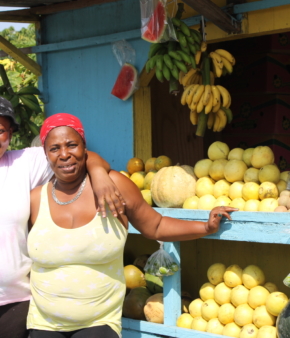 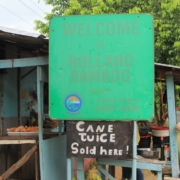 The presence of the sea and Jamaica’s rivers are central to the culture and you will find hidden away waterfalls and picturesque plunge pools as well as tiny coves and characterful fishing villages where you can literally immerse yourself in the beautiful world. As a culture, the island’s people exude charm, a languidly cool charisma and pride, and the local crafts and cuisine are exquisite.  Head too into the natural escape of the hilly heart of the nation, lush and isolated, from where Queen Nanny Maroon led rebels and let Jamaica’s history tell its tale of wonders.

The third largest island in the Caribbean at 10,996 km², Jamaica is an intriguingly varied landscape. Cut through the centre by a series of mountain ridges that run from east to west, the north, with its iconic beaches on a myriad of picturesque coves, and the south, with its huge natural harbour,  are as diverse and contrasting as either is to the isolation of the highland interior.

Until the colonists from Europe and their imported labourers settled here, the whole island was forested and fortunately a good deal of endemic and rare wildlife still exists for the nature lovers to enjoy: the black-billed parrot and Jamaican blackbirds still cling on in the Cockpit County’s deep gullied woodland reserve and the American Crocodile and freshwater Jamaican Slider turtle can be glimpsed along with an impressive 289 bird species in such as the Black River. The marine park off the south coast is also prized for its magnificent range of aquatic life that draws divers from across the world.

It is all too easy to see the island, with its dominant landscape of banana, citrus tree and sugarcane plantations as being wholly defined by the hand of the European, yet there is archaeological evidence of settlement as long ago as 4,000 B.C. and the Arawak and Taino people were a well-established civilisation upon the first landing by the Spanish in 1494: probably about 60,000 people in 200 villages existed, soon to be devastated by disease or violence. Interestingly, when the Spanish began to settle here and then the slave trade commenced its dismal work, the escapee slaves who fled to the mountains had their numbers significantly swelled by the Taino people. Today’s indigenous descendants term themselves ‘Yamaye’ and are precious few in number.

The Spanish grip tightened on the island when the 1509 settlement at Sevilla moved to Spanish Town in 1534, characterised even today by its peeling colonial painted houses and cathedral of St James, the oldest church in the Caribbean. The growing numbers of escapees in the 17th century termed themselves the Maroons and their tale is still ably related in the Cockpit Country’s museum at Accompang. Their narrative is, unsurprisingly, one of betrayal and brutal oppression: when the British moved to take Jamaica, the Maroons supported them, only to be outlawed again, the British preferring to trust to pirates as their allies against the Spanish. As migrants and slaves swelled the population to the high thousands, war broke out from 1728-40, yet it was not until the Baptist War of 1831 that a move to abolition of slavery (1834) was successful. The high and inaccessible patchwork of the hills aided the rebels and the hotchpotch of rides and jungle-choked valleys made pursuit unrealistic.

Today you can enjoy this wilderness on trails through Holywell National Park, hoping to spot the world’s second largest butterfly in the process or photograph the dazzling panoramic views of St Andrew and Portland to the north. The move towards more independence here gathered pace throughout the 19th century, though Jamaicans remain staunchly loyal to the British Crown, whose queen is still the head of state here: even today, 60% argue that the independence won in 1962 made them worse off. This did not stop Jamaica developing a powerful national identity: the capital from 1872, proudly boasts itself as the homeland of reggae and there are opportunities to visit the museum, a shrine to Bob Marley and his dynamic Jamaican influence.

The 1930s Rastafarian movement also was born out of a consciousness of African heritage and its intrinsic value to the ex-slave population in re-establishing their roots and proud cultures. It is this land which beckons the visitor and which asks them to look beyond the surface at a land of immense character and beauty.

Read more about tours in Jamaica and our Latin America tours.