Achieving its independence a handful of decades ago, Ivory Coast is a true melting pot of tribal diversity – 78 different languages are spoken by its myriad of tribal groups and the rise and fall of centuries of invading powers and localised dominions has left an unbroken and culturally rich heritage still remarkably intact.

The mark of colonialism remains firmly on the coast with decaying grand edifices gazing out across rugged impenetrable shores which kept the impact of Europeans to a relative minimum. Within the sub-Saharan interior, villages and ethnic groups are scattered far and wide, offering the outsider wonderful glimpses into their vibrant arts, architecture and customs.

Our fascinatingly and immersing group tours lead you on a voyage of discovery around a broad circuit of tribal homelands, from the bustling, modern vibrancy of Abidjan, north through semi-arid regions where sub-Saharan peoples work with their landscape to maintain ancient skills in architecture and metallurgy.

You will pass through long lines of zebu, driven by nomadic herders and encounter villages where traditional dance, crafts and rites are cherishingly shared with outsiders. You will marvel at the herbology of the elders and the fabulous masks and costumes of the artisans who keep indigenous heritage alive.

Emerging at the grandly colonial coastal enclaves of Yamoussoukro and Grand Bassan, you will leave with a true appreciation of the cultural and topographical richness that drew the first outsiders to this land of beauty and compellingly proud people.

Accommodations are not an issue….there was water and toilets. That was enough. The trip did not feel “tourist”. We felt we were introduced to people who really lived there.

Places to visit in Ivory Coast and on our African tours 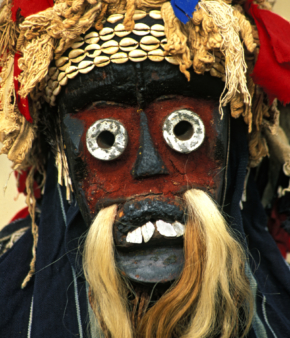 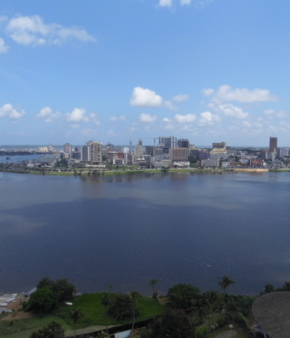 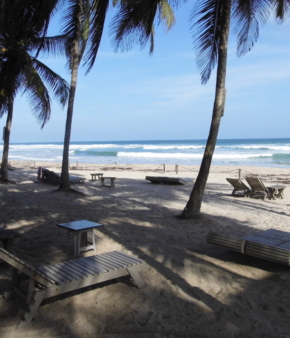 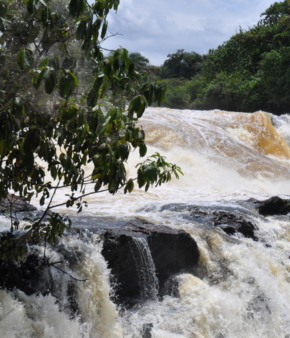 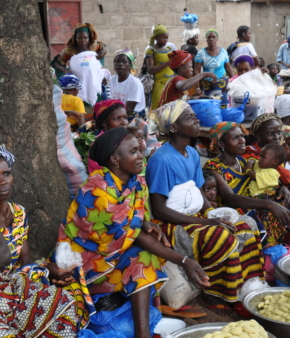 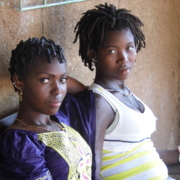 Whilst the biodiversity of Ivory Coast’s interior is peerless in West Africa, its real draw is the accessibility of timeless indigenous cultures and exuberant welcome of these people. Whether you are learning small-scale iron-smelting skills in a remote blacksmith’s – last relic of a lost art – or gasping at the perilous fire and knife dances of the Malinké, whether you are pouring over the intricate lurid masks of the most isolated of Ivorian tribes or mesmerised by the Poro girls’ initiation displays, the people here will captivate and enrich you in equal measure.

In this broadly rural setting, the themes of transience and displacement seem to have figured since time immemorial: the settlers before the Berber traders arrived in the 1st century B.C. were largely eradicated by subsequent populations so that, until the 11th century rise of the Sudanic Empires there is little evidence of human activity.

The arrival of Islam here marked a decisive cultural shift and villages’ sacred sites are more evident from then on. The round, thatched huts of the Yocouba or Dan people, still in use today, clustered together on the baked earth of the hot north, may have changed very little since first coming under the vassalage of the 11th century Mali Empire. This subsistence village culture made for little resistance to invaders and so the beautiful bas-relief houses and delicate clay granaries of the modern Senoufo settlements were probably displaced by the rising tide of the Kong Kingdom. The significance of the extraordinary mud mosque of the Baoulé ethnic group conveys the wealth of Islamic trade and the size of this pinnacle, baked-earth building threaded together with sinewy timbers suggests power and influence. Indeed the subsequent Baoulé kingdom with its centralised administration was a real powerhouse of resistance to the French even into the 20th century.

Whilst this lattice of changing kingdoms characterised much of the second millennium A.D., the Portuguese arrival on the coast had limited impact. The jagged coastline and lack of harbourage meant that slaving here was far less prolific than in neighbouring areas and equally was frowned upon by the occupants of the tiny French mission that was set up at Assinie in 1637, bringing Christianity to the coastal people. The big move to colonialization came with the French’s first of many adept treaties with the coastal kings of Assinie and Grand Bassin. The latter’s colonial architecture – in particular the grandiose post office – speak of its former role as capital of the overseas territory they were working at expanding inland. Substantial numbers of settlers arrived, but it was not until 1915 that the interior was subjugated fully.

Their planting of coffee, cocoa and palm oil still accounts for the 10% of landmass devoted to arable farming and modern Ivory Coast – or ‘Côte D’Ivoire’ as the government now requests – exports more cocoa abroad than any other nation in the world. The country paid a heavy price in both world wars, supporting the motherland’s cause: in World War I alone 150,000 men died and resistance to German invasion in the 1940s led to the entre population’s loyalty being rewarded with French citizenship.

In 1960, the popular politician Félix Houphouët-Boigny became the nation’s first black leader at Independence, though this ushered in over 3 decades of one party rule and vanity projects such as the extraordinary basilica of the Virgin of Peace at Yamoussoukro, the modern capital, based on St. Peter’s in Rome and currently the world’s largest church. Coups, dictators, periods of democracy and civil war have characterised the nation’s nascent development, yet Ivory Coast stands as one of West Africa’s economic success stories. The opulence on show in Le Plateau district of Abidjan, its Presidential Tower, La Pyramide and the cutting edge modernity of the cathedral all speak of a bright future for a country just beginning to recognise that its rich tribal past may prove the greatest asset in securing its wealthy future.

Read more about Ivory Coast and our other African tours.