In time-honoured fashion, pilgrims from the world’s great religions flock to the Holy Land, yet Israel and Palestine’s iconic sacred sites reveal only one facet of a land so exquisitely fashioned by the hand of the past.

Indeed, their imprint is only the backdrop to a place alive with the possibilities of the future – its markets, art scene, artisanal streets, cuisine, and landscape all resonate with life which its people are proud to share.

In a land awash with ancient cultures and modern confidence, our group tour and tailor-made trips take you on a mesmerising journey back through time to uncover some of the incredible truths behind the fashioning of this region. Beginning at Tel Aviv’s cosmopolitan vibrancy, cutting-edge skyline and pulsating streets, we reveal some of the contemporary culture that encapsulates Israel’s relatively young state, from renowned wineries to the communal kibbutz lifestyle.

Winding the clock back, you will experience the medieval grandeur of Akko and Caesarea’s Crusader and Saracen-fortified ports and the hill-top citadel of Safed, experiencing timeless markets and winding streets where little has changed for centuries, before casting back to biblical times amidst the fabled sites of Jerusalem and Bethlehem. Finally, we end at Jericho, oldest city on earth and the extraordinary Dead Sea. A truly thrilling trip that slices through history.

Places to visit in Israel 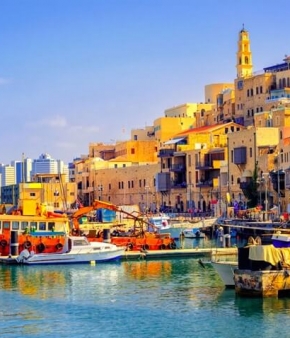 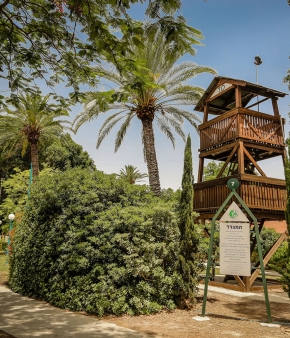 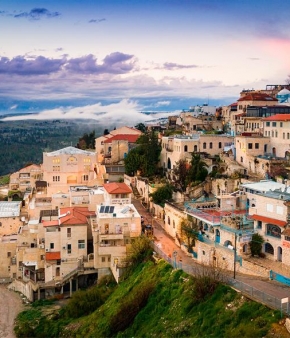 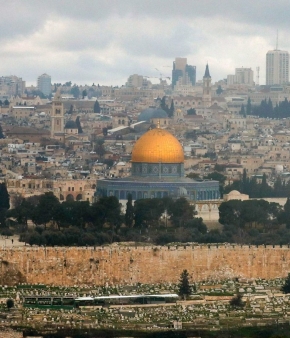 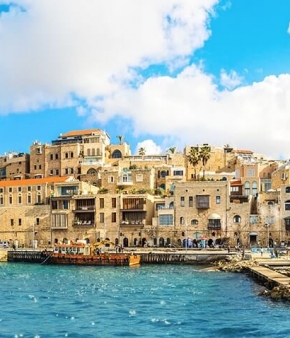 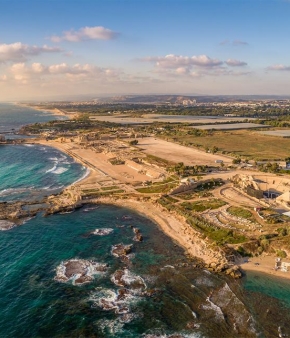 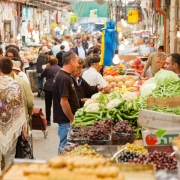 Israel’s fantastic infrastructure and welcome makes it possible to see a broad range of the country’s extraordinary historical, cultural and geographical wonders during a relatively short visit. There is time then to wander the labyrinthine streets of ancient ports in the footsteps of crusaders, to wonder at the wild beauty of the lowest place on earth, to delve into unimaginably distant human history amidst the layers of Jericho’s civilisations, to sense the moving devotion of pilgrims at Jerusalem’s magnificent shrines and yet still to be wowed by the vibrancy of modern Israel.

To do any form of justice to the complexities of Israel’s history, political landscape and culture would be to attempt juggling eels in the dark. Its current 9.2 million population and, extremely arguably, 20,770 km² territory have witnessed some of the most torrid, cataclysmic and tortuous events in history. At the core of this lies a combination of the land’s incredible human antiquity, pivotal position between Africa, the East, the Mediterranean and the Caucasus’ connection to the north and the Russias, and, perhaps most significantly, its centrality to three of the world’s great religions – Judaism, Christianity and Islam. The evidence of human civilisation here is unparalleled in its early importance: the city of Jericho, a seemingly well-chosen site on a large outcrop or ‘Tel’ is in fact raised above the plains predominantly by the incredible number of layers of archaeology, its first town dating back to around 10,000 B.C.. Here evidence can be found of the first static communal living, the first co-operative building of a town, the first communal stone walled enclosure, the first domestication of animals and sowing of static crops production.

Most tangible of all is the world’s first stone tower, complete with internal staircase, all a staggering achievement for a world which still hunted woolly mammoths with stone tipped spears. The rise of Jericho is indicative of the geography of the region: sitting at the southern end of the great fertile crescent, cradle of so many of the great early civilisations, Israel is dominated by the Jordan Valley to the east, which rises on the snowy slopes of northern Mount Hermon and flows to the world’s lowest spot, the salt-saturated waters of the Dead Sea. To its south lies the natural protection of the Negev Desert that stretches as far as the Red Sea and the Gulf of Eilat, whilst the central Judean Mountains separate the Jordan from the broad coastal plains, the most populous region in modern Israel.

The country’s history is again, perhaps the most documented and disputed in the world: Biblical scholars hold to the historical authenticity of much of the Old Testament, but archaeologists clash with much of its early timescales and claims. Certainly, the coastal regions were dominated by Egypt which kept the land as a vassal state from 1550-1200 B.C., including the first references to the ‘Land of Israel’, but the population was largely village based until the first millennium B.C., when the twin kingdoms of Israel and Judah arose, linked to fabled names such as King David, Solomon and prophets such as Elijah. The great temple of Jerusalem, now reduced to a single ‘Wailing Wall’, dates from this period and marks the golden age of the Jewish dominance of the region. Conquered by the Assyrians and then Nebuchadnezzar’s Babylonian Empire in 586 B.C., exile followed for the Jews until 520 B.C.. The Persian Empire then dominated the region throughout the 6th to 4th centuries B.C., beneath the surface of which Judean power slowly grew, leading to revolt against the Seleucid Empire in 167 B.C. and a period of independence, ended by the Roman conquest of 63 B.C.. The destruction of another Jerusalem temple and the puppet monarchy of Herod the Great ushered in a period of civil disturbance and revolt. During three uprisings, an estimated 2 million Jews perished.

In the background, there was also a seismic religious shift going on with the rise of Christianity in the region. This took deeper root with the Emperor Constantine’s decision in 303 A.D. to adopt Christianity as the state religion of the Roman Empire. Christian Shrines multiplied across the lands where Jesus of Nazareth had spent his ministry and the Emperor’s mother, St Helena, arrived to locate the key Christian sites, establishing the existing Church of the Holy Sepulchre at the heart of the capital’s old centre and taking away what she believed to be the ‘true cross’ upon which Jesus was crucified. Byzantine rule lasted here until the early 600s A.D. when the newly Islamic Arabs conquered and set about establishing holy sites, many of which supplanted pre-existing Jewish and Christian ones. This period saw the building of the iconic Dome of the Rock and Al-Aqsa mosques on the hill above the Kidron valley in Jerusalem. The Arabs inherited a complex mix of races, beliefs and cultures, yet tolerance was largely the mood of the land and occasional inter-faith acts of violence were few and far between, contrary to the image stirred up by Pope Urban whose entreaties instigated the First Crusade. The brutal Norman-led campaign, yet astonishingly zealous and unlikely eventual capture of Jerusalem and the entire region in 1099 was the prelude to slaughter and then the establishment of a Christian kingdom in the region until 1187 when Saladin’s forces retook the lands for Islam.

A second crusade under Richard the Lionheart retook coastal areas, but Jerusalem remained Muslim and in 1260 the Mamluk Sultans from Egypt took control and remained as overlords until the Ottoman conquest of the Levant in 1560. In the crusading period some quite magnificent fortifications sprang up – the walled cities of Akka/Acre and Caesarea, and the dramatic Nimrod fortress in the north being worthy examples – and laid the ground for long-term repercussions of hostility between east and west, Christendom and the Islamic world. Despite revolts such as the Druze rebellion of 1660, and the failed Napoleonic invasion of Akka, the Ottomans held the region until 1918 when the Turks, on the losing side at the end of World War I, saw their lands partitioned by the League of Nations Mandate, handing control and a blank map to the British and French. The military campaign had been won by the EEF British coalition forces of General Allenby, backed by Arab militia persuaded with promises of liberty by TE Lawrence ( ~ of Arabia fame). Arguably given an impossible task, the ruling powers set a spectacularly volatile period in motion with their plans.

Initially, Transjordan, to the east of the Jordan River and Palestine on the west, the borders and national partitioning was dogged with controversy on nationalist and religious grounds. In the background was a growing tide of Jewish immigration in a series of waves known as ‘Aliyahs’, a growing Zionist movement, the socialist kibbutz movement beginning and a consequent swelling in the Jewish population from only 70,000 to becoming the dominant ethnicity. Today indeed, 75% of the 9.2 million population is of Jewish heritage. This tension came to the boil in the aftermath of the Second World War: Jewish and Arab guerrilla wars against the British and a huge influx of people fleeing the holocaust forced international hands into action. As early as 1909, British politician Balfour’s promise of a ‘Jewish National Home’ had been postulated and the 1948 carving up of the region established ‘Israel’, with a Palestinian region and debate over the status of Jerusalem as either a shared or internationally administered city. No sooner had the British withdrawn than the disputes began. Deeply unpopular with the Arab neighbouring countries, many of whom still refuse to recognise a Jewish state, the borders were threatened by invasion. The 1948 Ara-Israeli War, the 1956 Suez crisis, 1967’s Six-Day-War and the Yon Kippur War of 1973 all saw conflict that ended with Israeli victories and territorial gains, still hotly contested. The most famous of these, the Golan Heights, was one of several zones which required UN administration.

Israel itself was recognised by the UN soon after its creation, but huge controversy remains over the borders of Palestine and it still awaits official UN and international confirmation over 70 years on after its initial mapping, with the areas known as the West Bank and Gaza Strip hot spots for the tensions and humanitarian crises common, whilst Israeli programs of Jewish settlement have further blurred the issue. Evidence of the problem is visible in the division of places such as Jerusalem and Bethlehem. Israel itself is economically highly successful, built on funding from overseas initially and now a leading world power, at the forefront of technologies such as solar power and electric cars. The nation embraces tourism and a great deal of the tolerance of other faiths in an increasingly secularised setting echoes some of the practices of pre-crusader period Jerusalem.

In the case of the natural world, the Ottoman period had devastating consequences for the mammal diversity of the region and this continued into the British mandate. During this epoch, bears, lions, cheetahs, oryx and wild ass were all hunted to extinction and so the modern state is at great pains to preserve what still exists. As such, 190 reserves have been created to protect such as the Arabian leopard and to re-establish the Arabian ostrich in the Negev Desert. Birding in particular is a growing hobby and centres have been built in many areas to watch the 578 Israeli species or to spy some of the 500 million migrant birds which pass through twice a year en route to Africa and Arabia. Ultimately, the incredible cross-sections of environment, history, culture and religion make for fascinating exploration and render Israel a fabulous destination, from its bustling old centres to its wild, beautiful fringes.