This is a unique corner of the Middle-East which has ridden out the cruelties of history and emerged as a venue which promises much and delivers without fail. History here begins with cities from 6,000 years ago and ends with the heart-rending scenes of the 21st century: in the interim, some of the world’s greatest empires have risen and fallen, leaving their indelible mark on the landscapes of Kurdistan.

From the infancy of the Christian church and the magnificence of the conquering glories of Islam to ancient religions of 4,000 or more years ago, the cultural amalgam here is as fascinating as the people who welcome you to their enigmatic land.

Our ground-breaking group tours head deep into the north of Iraq, far beyond the turmoil of a country still in transition from the events surrounding the fall of the Saddam Hussein regime. The Kurdish, a powerfully proud and disarmingly humble people will enthral you with their hospitality, rich culture and incredible historical treasures.

You cannot fail to be astounded at the antiquity of what you will see, from the world’s oldest aqueduct and the citadel of the longest occupied city in the world to the architectural delights of minority religions which cling literally to the mountainsides in defiance of the march of time.

Sink to the depths of the Red House prison’s dark cells and rise to the dizzy heights of the Zagros Mountains on a journey through a turbulent and enchanting history.

The local guide, Belin, was fantastic and he gave us such a good feel for the intricate issues of their recent history as well as the fascinating ancient history of this area. We would wholeheartedly recommend this trip to anyone with a bit of an adventurous spirit! 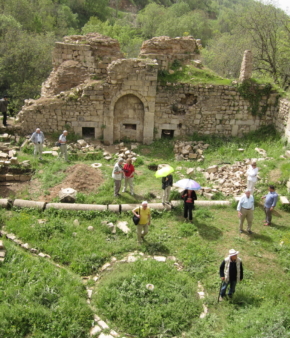 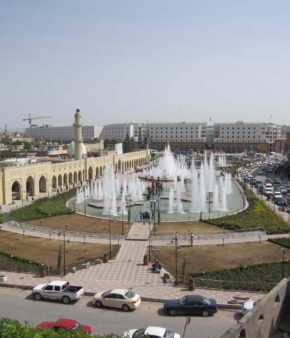 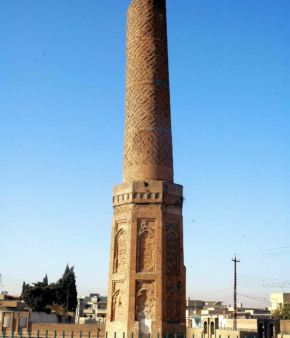 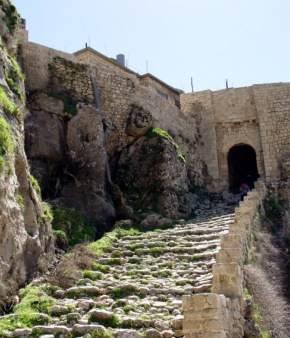 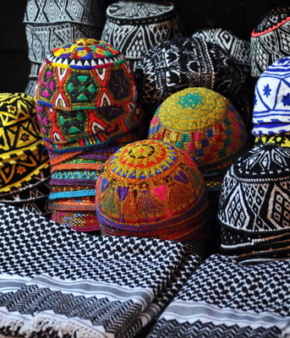 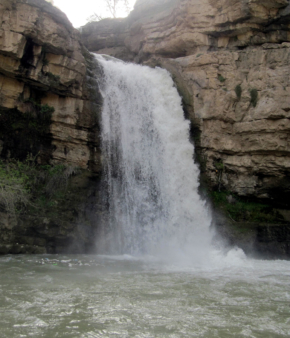 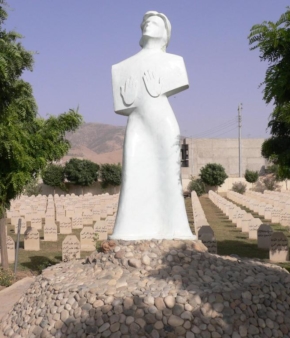 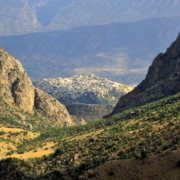 Where else is one able to stand atop a citadel which has held sway for 6 millennia or to trace the waterway that reputedly fed one of the ancient wonders of the world? A world awaits you that leads you up vertiginous, serpentine pathways to 4th century monasteries clinging to the mountainside and through the lofty arched walkways and labyrinthine alleys of 13th century bazars, which invites you to walk in the footsteps of the great warriors of 2,300 years ago and to luxuriate in the warmth of this most hospitable of peoples.

Kurdistan is a contradiction in terms: a region defined by its people and the role they have so often played in key historical moments at the behest of others, and yet one which still only exists as a notion. The Kurdistan you will experience is a key portion of the ancient ancestral homelands of the Kurds, existing as an autonomous region within Iraq since 1970. The topography of the area helps perhaps to explain its autonomy: the 40,000 km² are largely dominated by the Zagros Mountains and yet are extremely fertile, earning them the label of ‘breadbasket of Iraq’.

Early hominid evidence here dates back to the Shanair caves where 60,000 year old Neanderthal remains have been discovered, but even the earliest human domestic archaeology is extraordinarily old: at Erbil, the vast oval-shaped citadel atop its 45⁰ huge stone ramparts which dominates the modern city is at least 6,000 years old and is the longest continually inhabited city in the world, filled as it is today with the remains of 500 or more houses, 30 palaces, a fortress and a mosque.

The trait of building vast and powerful cities continued, following the conglomeration of the tribes of the Medes when the Assyrian leader, Sennacharib built his magnificent capital at Ninevah, the city of biblical fame which reputedly held the hanging gardens of Babylon. His gargantuan aqueduct project at Jirwana, the substantial engraved foundations of which still can be viewed, the oldest of its kind in the world, reputedly channelled water to the same gardens.  In the same era, the Yazidis flourished, whose fluted conical temples and shrines can be seen still at Lalish. The Assyrians in their turn fell to the Babylonians in 612 B.C. and Cyrus the Great’s influence is in evidence in the ruins that remain. Yet the invaders continued to pour through this key strategic land, first Alexander the Great who won a decisive victory in 331 B.C. at Gangemela where today it is hard to imagine the colossal slaughter amidst the level grassy plains that stretch out across this ancient battlefield. Rome’s empire followed and annexed the region, leaving evidence of its infrastructure in the delicate grandeur of the 60m high arches of Delal Bridge.

Smaller scale principalities became the norm as Christianity arrived from the north, establishing some of the world’s oldest and most isolated monasteries such as St Matthew’s, where Syriac monks, fleeing persecution, headed high into the mountains to build this arcing edifice that clings doggedly to the steep cliffs, and at Al Qush whose rugged grey walls seem to almost sprout from the very living rock of the crags. The arrival of Islam brought wholesale change and wars with Persia over Kursdistan were frequent, from the Mongol army’s arrival and throughout the Ottoman Empire’s tenure.  1784 brought new found stability and also saw the founding of the city of Suleimaniyah as the Pasha of Baban’s capital. Viewing the urban layout from Goizha Mountain today, the skill and structure of the planned city is in evidence. After the coming of the First World War and the decline of the Ottoman Empire, the Kurds experienced a series of tantalising glimpses of independence, followed by political betrayal, most notably in 1917, 1925 and 1947. Instead, the region pressed for and won autonomous government as a province of Iraq in 1970 and this has endured.

Renowned for their fierce fighting Peshmerga, a redoubtable army of male and female soldiers, Kurdistan has resisted incursions during the Iran-Iraq war and during the rise of ISIL. In the former case, terrible acts of genocide in the form of chemical weaponry and acts of genocide, recorded in the poignant and powerful museum Halabja Museum, devastated twice between 1987 and 1989. Kurdistan’s long term goal still seems to rest with independence and unification with its other claimed territories in Syria, Iran and Turkey, but, despite playing a key and unique role in the defeat of ISIL, the Kurds remain an isolated people.

Nonetheless, whilst the rest of Iraq remains off the travel agenda, Kurdistan is open for business. It offers such a plethora of enviable cultural and historic sites, that the intrepid visitor will be drawn to its unique land

Read more about tours in Iraq and Middle East tours.