Iraq
The Land Between the Rivers

Home > Destinations > Iraq > The Land Between the Rivers

Iraq is home to more archaeological and historical sites than any nation on earth. While the northern autonomous Kurdistan Region of Iraq has been freely accessible for decades, due to political circumstances and war, those located in southern Iraq have been all but closed off to the world’s eyes. With the fall of Saddam Hussein and the recent improvement of security, these sites are now open for the intrepid traveller to visit.

Follow in the footsteps of Abraham through the city of Ur of Chaldea; stand in awe at the gates of Babylon where Alexander the Great spent his last days and King Hammurabi ruled his Babylonian Empire.

Spend a moment of refection in some of the world’s most important religious locations dating to the stargazing Chaldeans; home to some of Christendom’s first churches, and today several of Islam’s holiest cities and shrines.

Begin your journey in Baghdad and for the next eight days experience what most lovers of history have only dreamed of seeing.

You will be met on arrival at Baghdad International Airport and after check-in to the hotel, enjoy a welcome drink and then dinner in one of the hotel’s fine restaurants (depending on time of arrival).  If you are arriving early, you can already start exploring a bit of Baghdad. Overnight in Baghdad – Palestine Hotel, Baghdad hotel or Al-Mansour Hotel. (D) 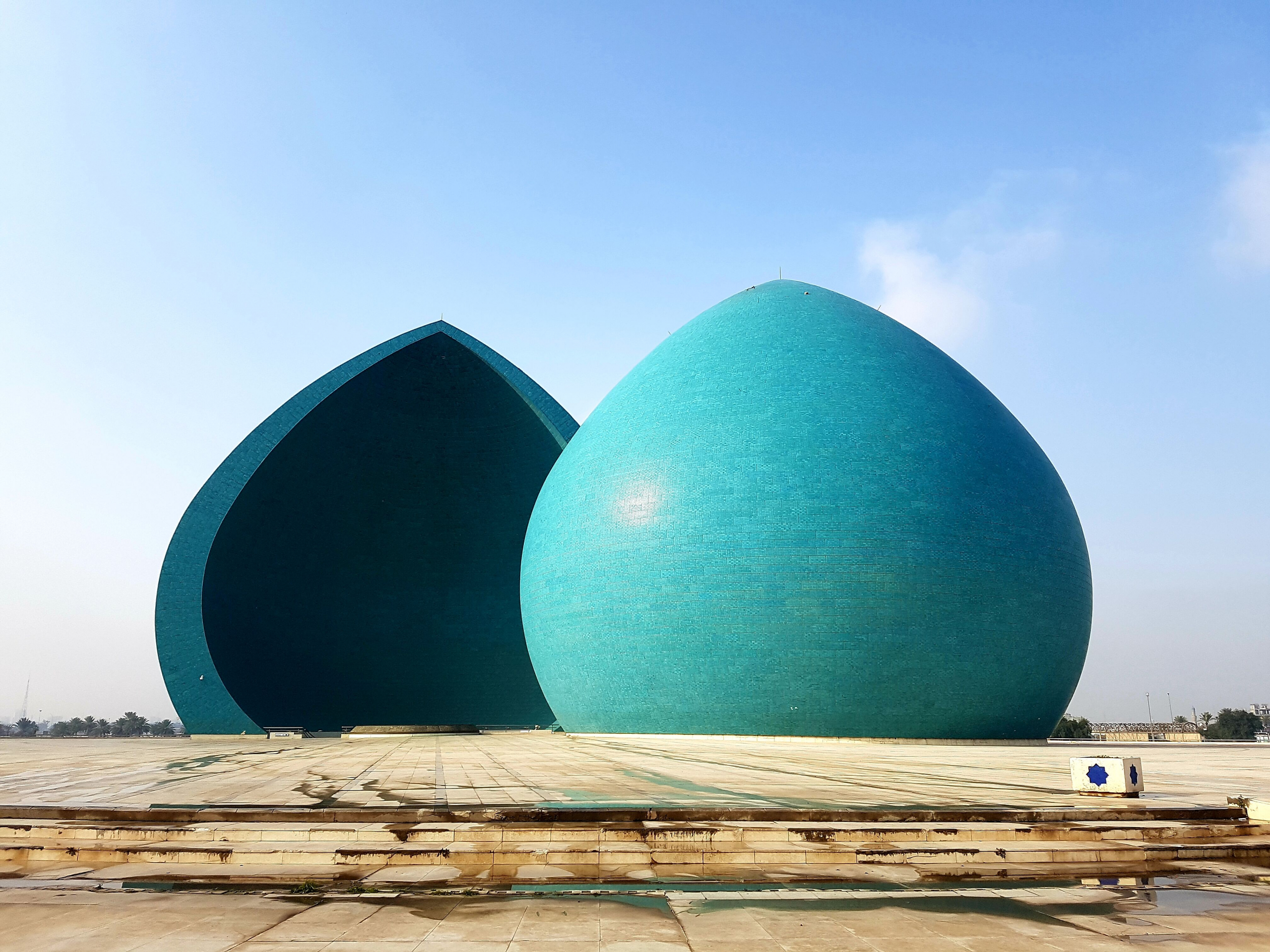 This morning, depart for the archaeological beautiful old city of Samarra, a UNESCO World Heritage Site. After the visit, return to Baghdad for lunch, and then continue on to Ctesiphon, an ancient city located on the left (northeast) bank of the Tigris River about 20 miles southeast of Baghdad, in east-central Iraq. It served as the winter capital of the Parthian empire and later of the Sasanian Empire. The site is famous for the remains of a gigantic hall, the Taq Kisra, which is traditionally regarded as the palace of the Sasanian king Khosra I (reigned AD 241-272). Return to Baghdad and, time permitting, we will enjoy a light city tour. Overnight in Baghdad – Palestine Hotel, Baghdad hotel or Al-Mansour Hotel. (BLD) 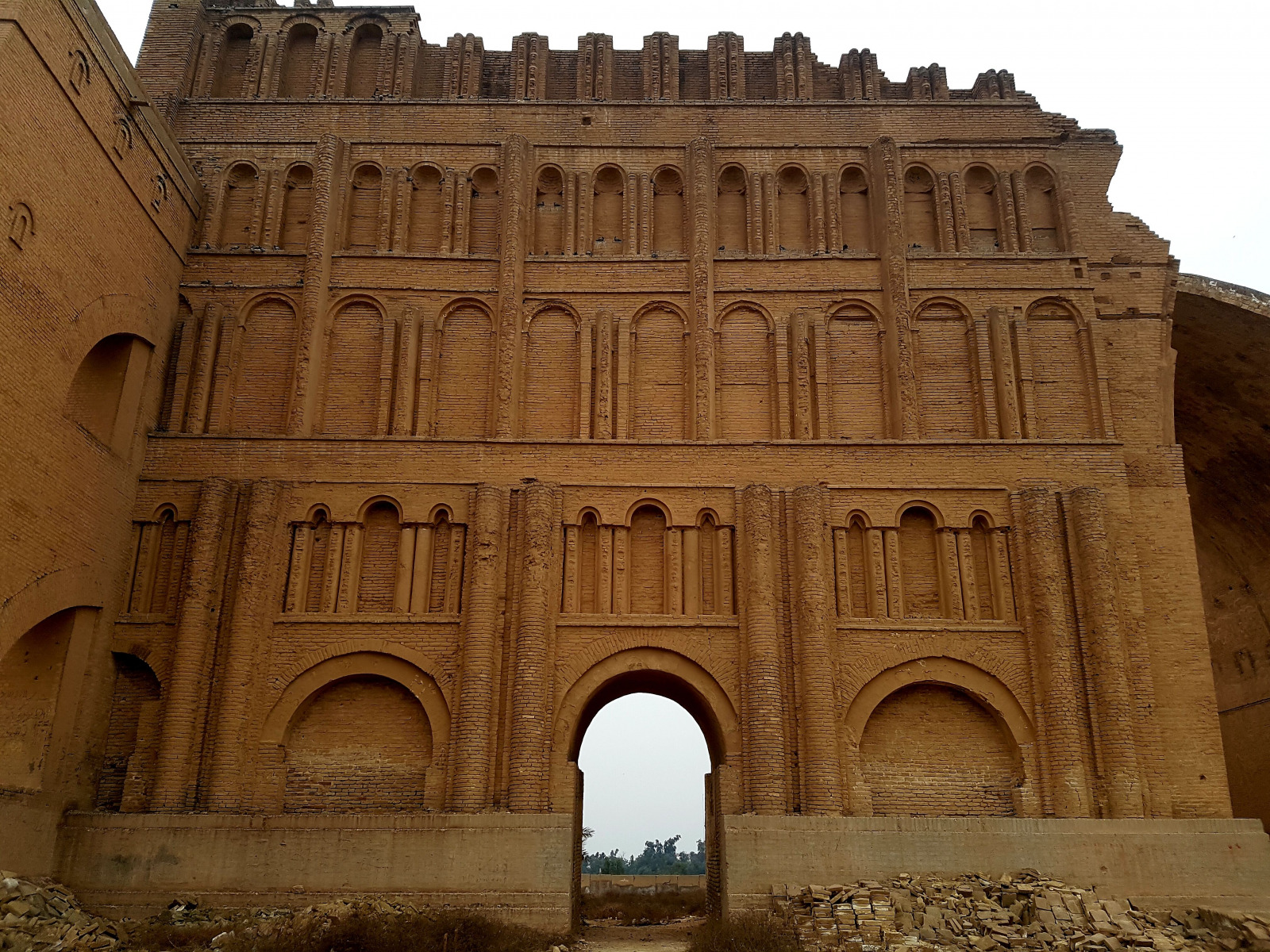 We visit this morning the Archaeological Museum of Iraq and then the El-Mustansariyyaschool (Madrassa), one of the oldest Islamic institutions of higher learning in the world, established in 1227 by the Abbasid Caliph al-Mustansir and located on the left bank of the Tigris River. In 1235 AD, the hours of prayer were announced by day and night via a monumental water-powered alarm clock located in the entrance hall. The Madrasah is still functioning in a new building, and is now part of the Al-Mustansiriya University following an expansion and restructuring of the original Madrassa in 1927. Later, head to Al-Mutanabi Street named after the 10th century classical Iraqi poet and explore Souk al-Safareen, the famous copper market. Return to the hotel for dinner and overnight in Baghdad – Palestine Hotel, Baghdad hotel or Al-Mansour Hotel. (BLD) 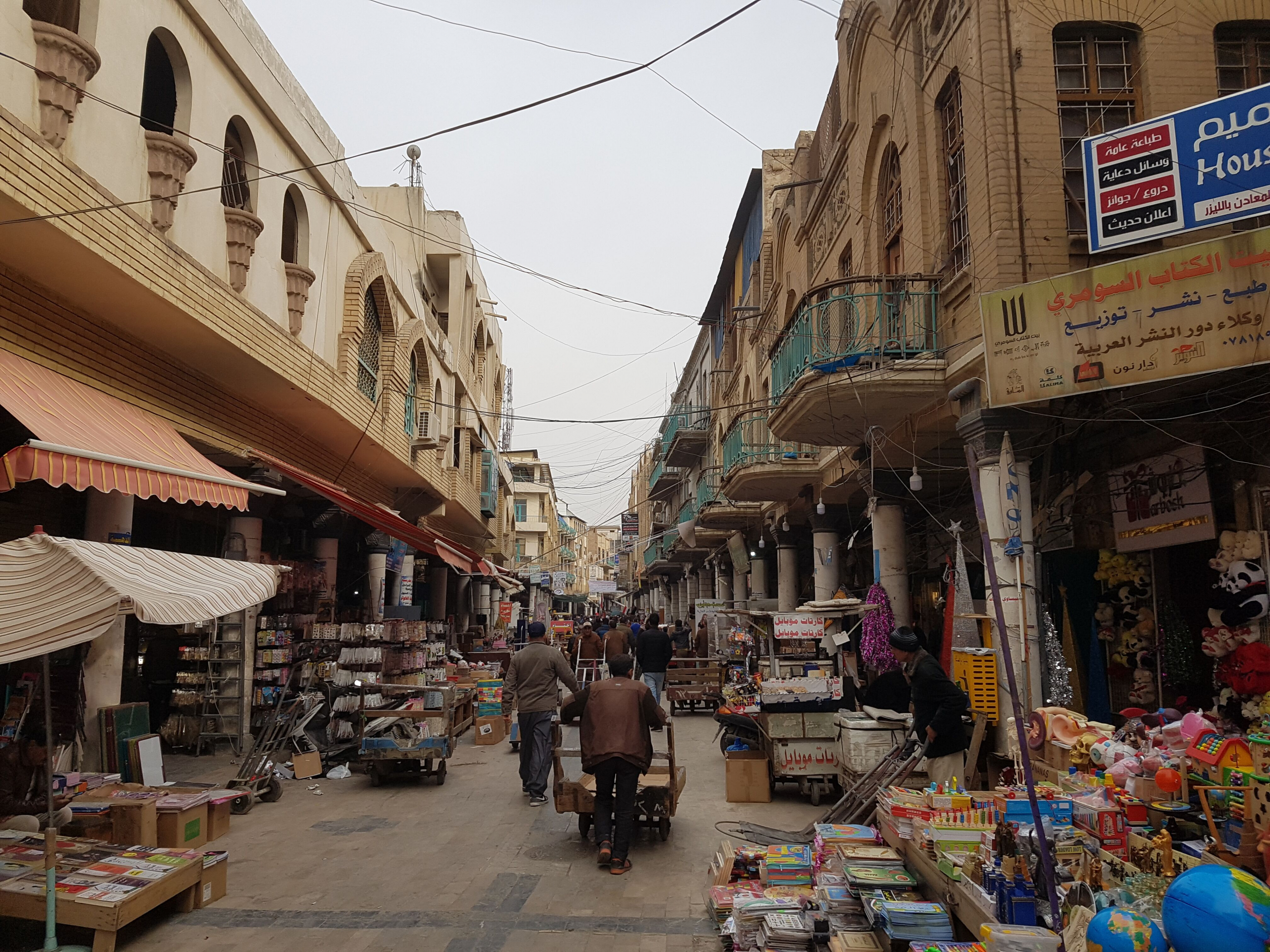 Depart after breakfast for the city of Babylon. On arrival, tour the ancient city and one of the largest of Mesopotamia. Totally rebuilt under Saddam who practically resurrected a site, which was nothing but crumbling hills. The entire central palace of Babylon shines in 20th century fired bricks and yes, it is impressive to walk through these vast courts and to think that Alexander the Great died in this same throne room, surrounded by his mourning generals. The same famed Ishtar Gate is displayed at the Pergamon Museum in Berlin but here you can see the original layer of the processional way with the magnificent carvings. Right behind Babylon with gorgeous views over the Euphrates and the ruins towers one of the most impressive Palaces of Saddam. This one is open for people to roam around in. It has been looted to the last light bulb and filled with graffiti. The sheer size and cost of this palace and the fact that he most likely never ever even was there, indicates the magnitude of his madness and waste. Proceed to Karbala, a holy city for Iraqi Shia because it holds the shrine of the martyred Imam Husayn Ibn Ali, who died here in 680 and the subsequent conflict over succession of the caliphate, distinguished the Shia from the Sunni sects of Islam. Dinner and overnight in Karbala – Rayhaan Karbala by Rotana or The Baroon Hotel. (BLD) 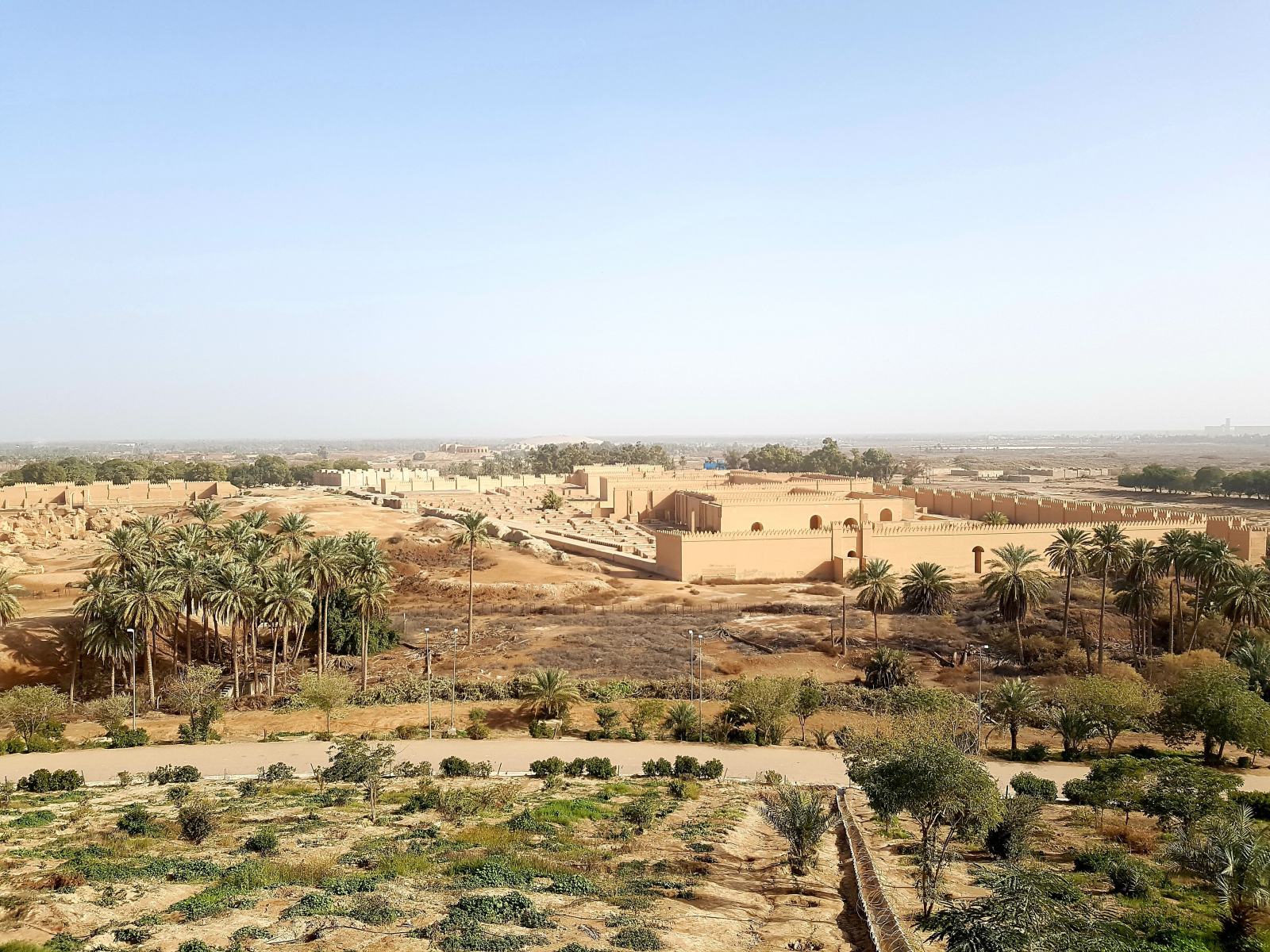 In the morning, depart for Najaf an Islamic holy city and home to the shrine of Imam Ali, Prophet Mohammad’s cousin and son-in-law and the fourth caliph (656-661), on the way, we visit the town of Al Kifl with its shrine dedicated to prophet Ezekiel. Check into the hotel and in the evening visit the souk around the glittering shrine complex. Return to the hotel for dinner and overnight in Najaf – Zamzam Hotel, Royal Wings Hotel or Barada Hotel. (BLD) 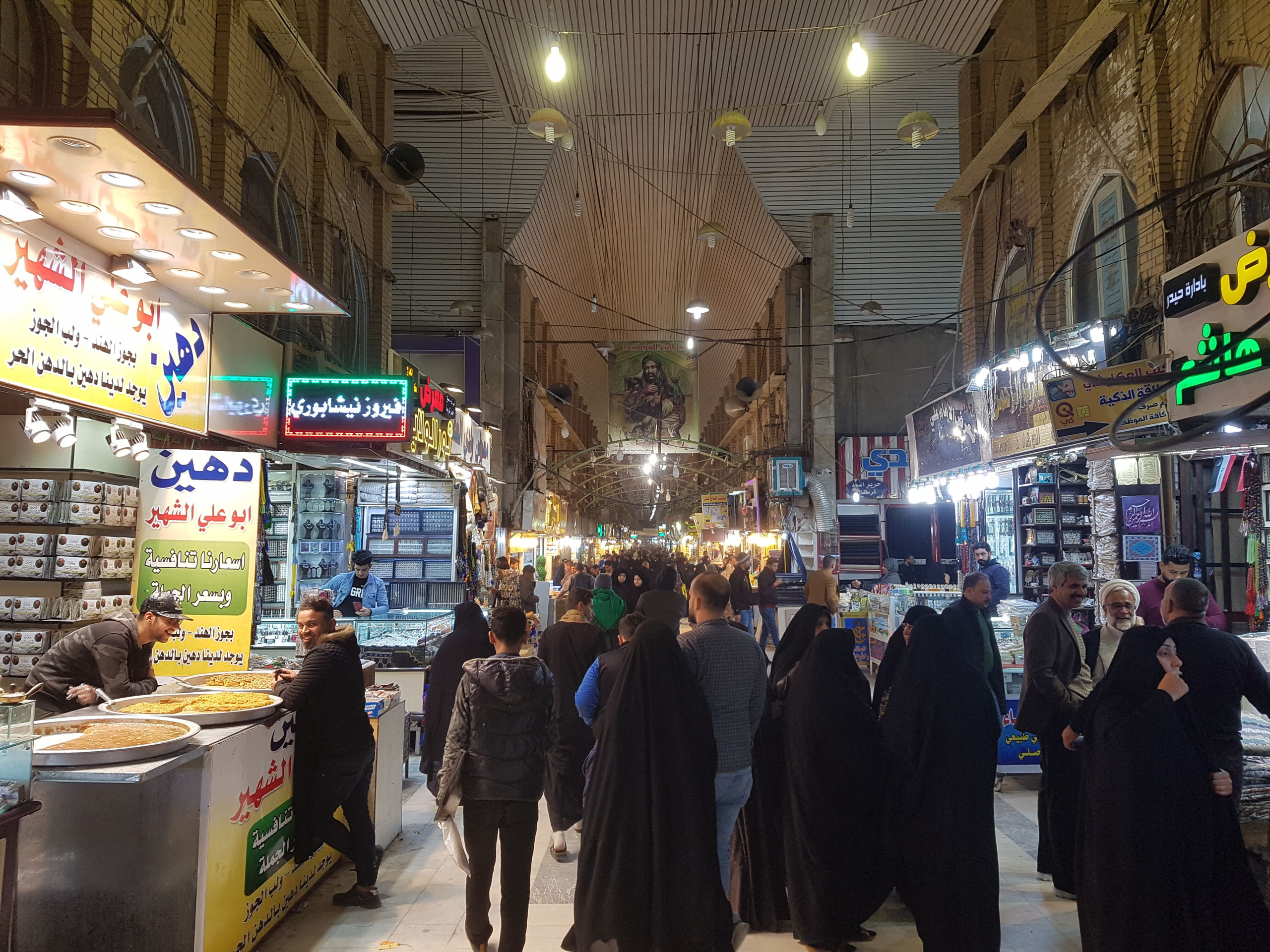 Depart for Samawa, settled on both sides of the Euphrates River by the Himyarite tribe of Banu Quda’a around the 3rd century AD. Tour Warka, the excavated site of Uruk, the first city on earth, where writing was invented. Proceed to Nasiriya, the capital of the province of Dhi-Qar, near the ruins of the ancient city of Ur on the Euphrates River. In the evening, continue to Nasiriya for a stroll in its bustling souk before dinner. Overnight in Nasiriya – Gudia Hotel or Sumerian Hotel. (BLD) 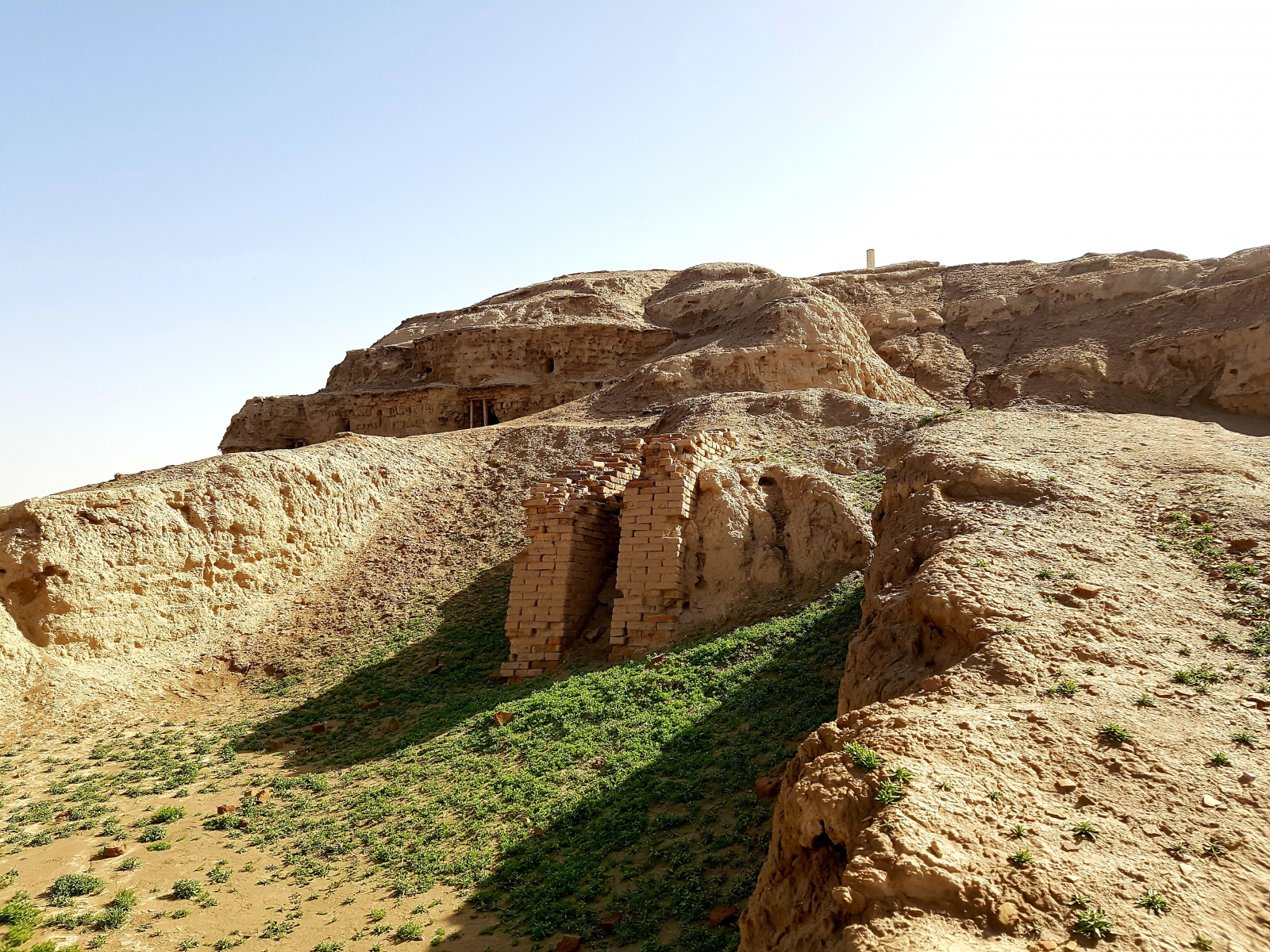 In the morning, visit the Ziggurat of Ur built with similar characteristics as the Tower of Babel mentioned in the Bible and the towers of a temple complex dedicated to the lunar god Nanna. Tour the archaeological city of Ur, believed to be the birthplace prophet Abraham. After lunch, take a stroll in Nasiriya bustling souk before dinner. Overnight in Nasiriya – Gudia Hotel or Sumerian Hotel. (BLD) 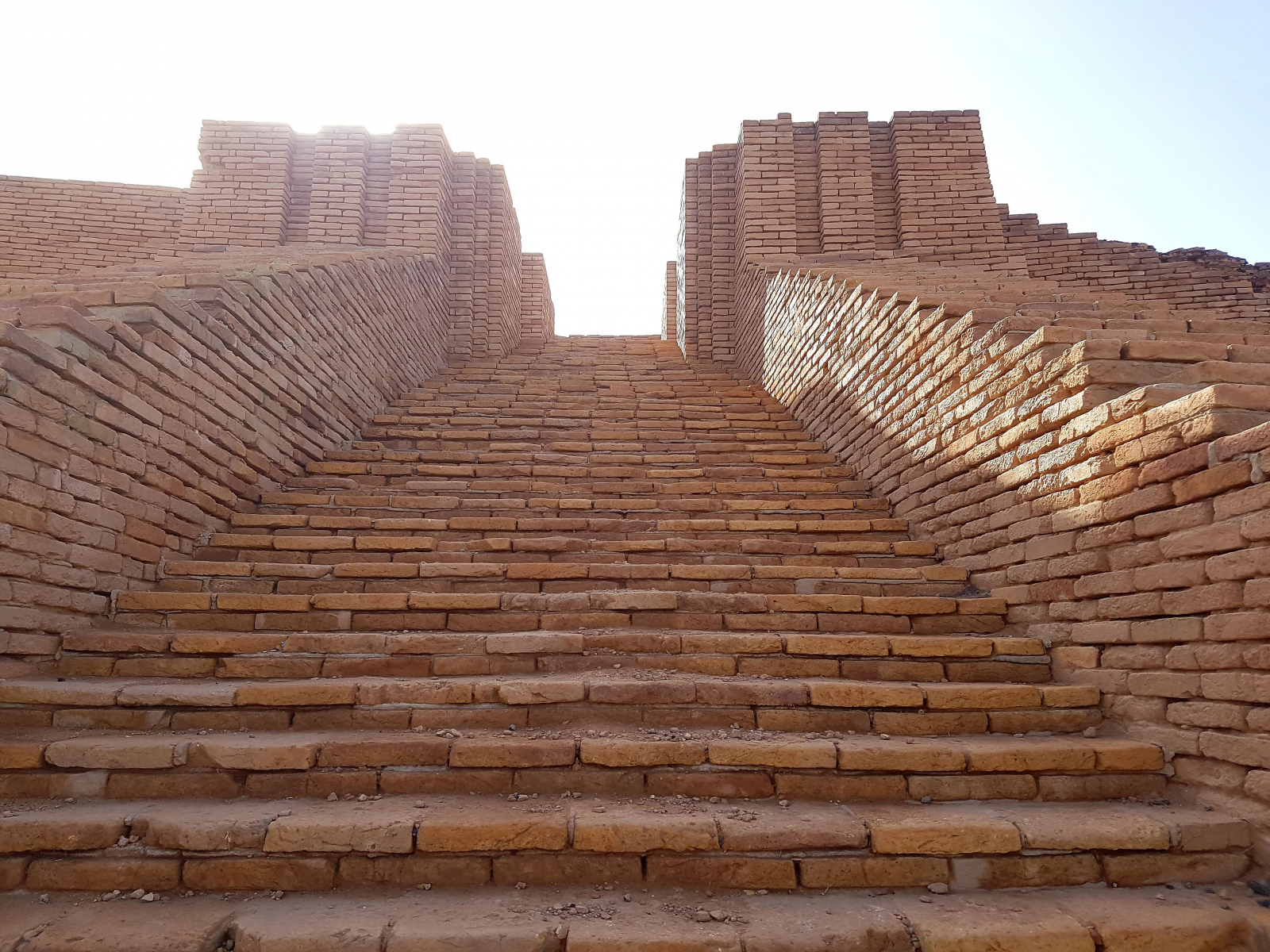 This morning, depart to the Marshes for a full day tour with a canoe ride. It is one of the largest ecosystems in the world and one of its strangest aquatic environments. The region is currently being rehabilitated after the dramatic and aggressive drainage policy conducted under the regime of Saddam Hussein. This immense body of water at the entrance to the Shatt-el-Arab, covered with reeds and dotted with lake-dweller villages, is home to the Marsh Arabs.  This region was already inhabited 5,000 years ago, as witnessed by the Sumerianbas-reliefs. Since then, the population has retained a lifestyle built essentially around fishing, buffalo breeding and reed weaving. Continue to Basra and on the way to visit the Paradise of Aden where Tigris and Euphrates meet in amazing scene. Dinner and overnight in Basra – Shams Albasrah Hotel or Minawi Bash Hotel. (BLD) 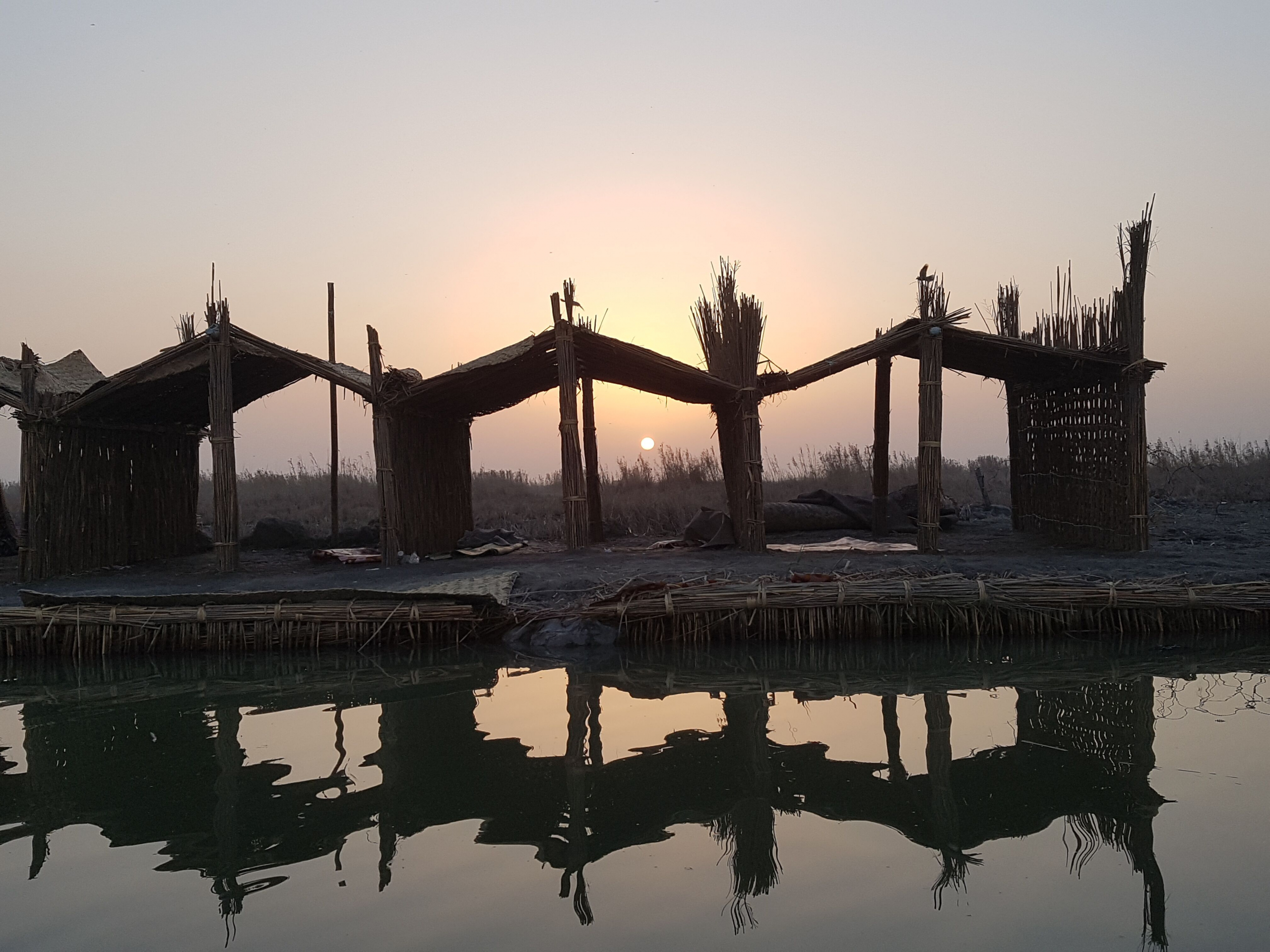 After breakfast, head out for sightseeing in the old city, along the stretch of the canal lined with the Ottoman Shenashil Houses. It is a sad shadow of Basra’s former glory. Most of them are unoccupied and falling apart and possibly visits one of them, which were owned by a wealthy Greek merchant in the 19th century. Then ride in a boat on the Shatt Al-Arab, which is the river following the merge of the Euphrates and the Tigris, to view the sunset. Dinner and overnight in Basra. (BLD) 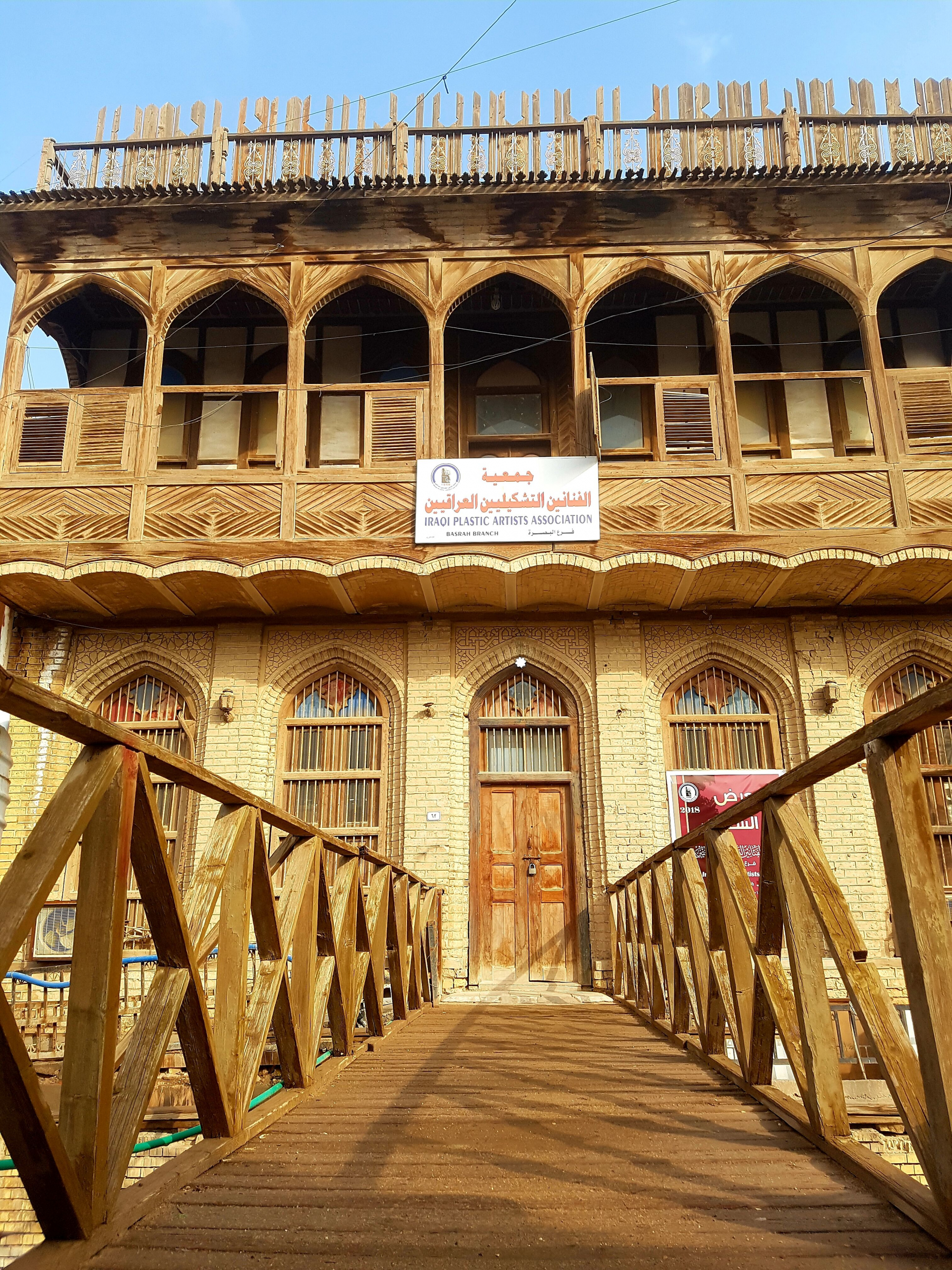 Transfer on due time to the airport for your onward flight. (B)

Note: Departure should be from Basra International Airport. If you would like to depart from Baghdad, flight or land transportation can be arranged at an extra cost. Please contact us for details. 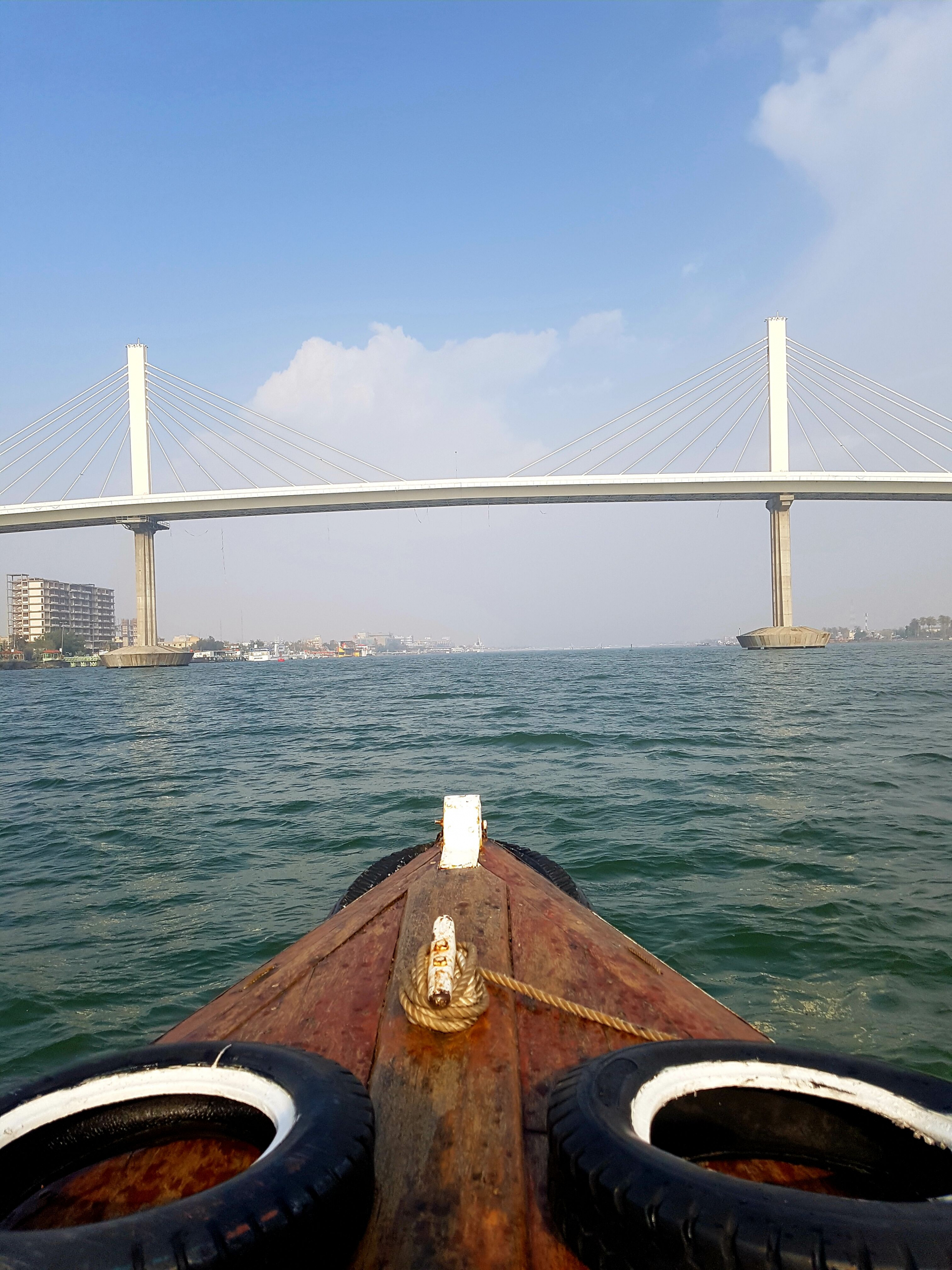 Return flights from London to Baghdad and Basra to London start from around £400 per person. Please contact us for a quotation.

Airport transfers are included both on arrival and departure.

Kindly note that we can also tailor a similar or totally different itinerary to meet your requirements. Please get in touch with us so that we can tailor your perfect tour. 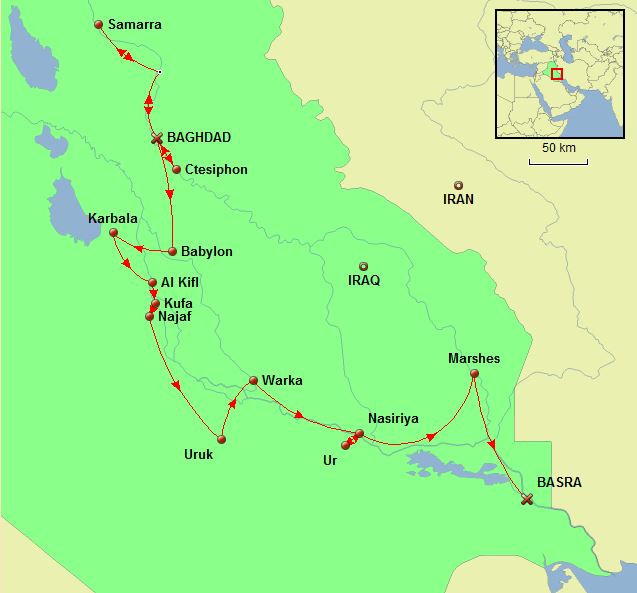 The local guide, Belin, was fantastic and he gave us such a good feel for the intricate issues of their recent history as well as the fascinating ancient history of this area. We would wholeheartedly recommend this trip to anyone with a bit of an adventurous spirit!