Outsiders’ perceptions of Iran often make them instinctively shy away from a country and culture which seems so at odds with the west, but having wandered through its bustling bazaars, shared coffee with its delightfully warm people and marvelled at the intensity of faith that has raised sacred spaces of astounding beauty from Yazd, Qom or Tabriz to Isfahan, Shiraz or Kerman, you may just reconsider.

And that is before you head across this vast world of desert, snow-capped mountains and sultry valleys in search of the scenes of the greatest of ancient fabled cultures, Darius of Persia, the Seleucid Empire, the Parthian dynasty where history leaps from the pages into dynamic and awe-inspiring reality.

Our group tours and tailor-made trips lead you through some of the most exciting landscapes and beautiful sites in this secretive and most antique of lands. From the modern vibrancy of the Qajar dynasty’s capital of Tehran, you will take roads that sweep you back in time to days of Persian power and Mongol mayhem.

Everywhere, Iran simply oozes history, from lost cities in the desert to majestic golden and blue domed Islamic complexes that illustrate the tempestuous and fascinatingly important part that the region has played in the world. Head high into the mountains of the Assassins, tread in the fervent footsteps of Cyrus the Great and of the first Christian apostles, slide through the lagoons of the Caspian and explore the ruins of Zoroastrian temples and Silk Road caravanserai.

At every turn, Iran will draw you into its astonishing celebration of timeless cultures.

A very enjoyable time.Our guide took a lot of trouble to ensure we had an authentic experience, introducing us to a local musician & instrument maker & even his own family. He was prepared to “go off piste” to ensure we saw things outside the box and the “real” Iran. 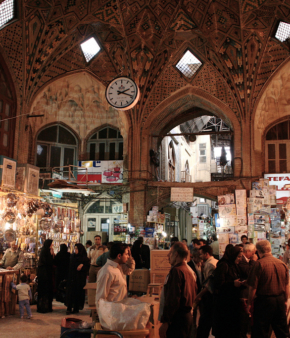 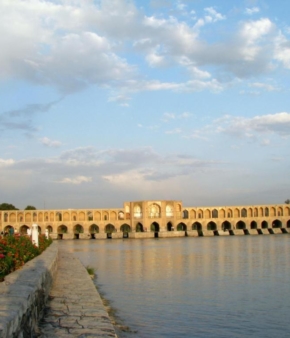 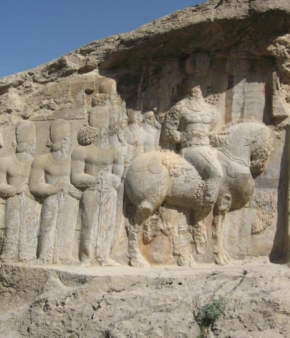 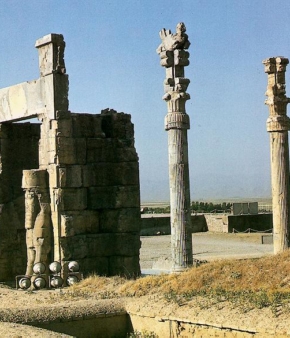 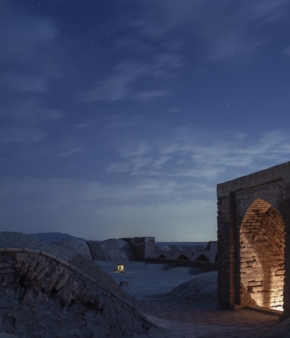 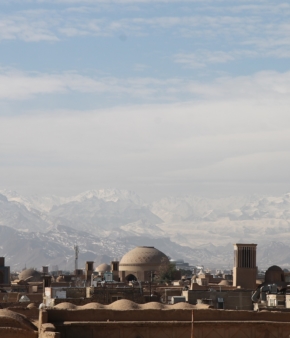 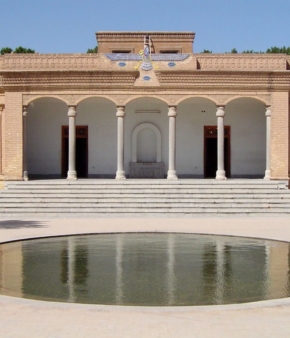 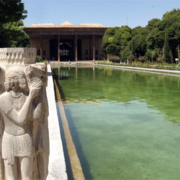 A vibrant nation abundant in sites of ancient history: Darius the Great’s grandiose ambitions  are laid bare in the incomparable desert ruins of Persepolis; the ardent faith of early Christian disciples is seen in the northern hillside monastery tomb of Thaddeus; Islam’s passionate devotion is everywhere evident in the magnificently intricate domes and vaults of the Blue Mosque at Tabriz; the power struggles for the Silk Road’s riches are depicted in the vast citadel walls and labyrinthine streets at Rayen; the zenith of Safarvid architecture rises in its glorious elegance at Isfahan.

On a scale that is hard to imagine, Iran’s modern day 1.65 million km hold a plethora of surprises for the intrepid visitor. Its 31 provinces stretch from the Zagros Mountains in the west to the Afghanistan massif in the east, from the Caspian to the Gulf. A wilderness desert lies searingly hot at its heart, but the multitudinous mountains experience high levels of annual snow and maintain the flow of its rivers in the west and north.

The present Islamic Republic of Iran is the inheritor of a land and sundry cultures which have seen the ebb and flow of great empires and invasion from all sides. The evidence of these lies in and around so many of the country’s towns and cities and is gradually becoming a draw to visitors who truly know their world history. For here the Achaemenid Empire had its origins: Cyrus the Great, whose dynasty ruled from India to the Danube and Tian Shen on the Chinese border to Ethiopia, established a capital at Pasargadae in the 6th century B.C. where his tomb dominates the ruined palaces, gardens and streets that lie beneath the mountains which encircle the Murghab plains.

His descendant, Darius II is reposnsible for one of the world’s most spellbinding archaeological highlights at Persepolis. Here, a great city, surrounded by rugged hills, desert and woodland reveals the awesome might of the Persian Empire: colonnaded ruins draw you into a world of long ago, an infinity of carvings of ancient warriors and their ubiquitous king march with you, as you lose yourself in this astonishing ancient place of legend. Yet, as the ruins testify, all was to crumble into decay with the sacking of the city by Alexander The Great in 330 B.C.. Annals tell that it took 3,000 of his camels to carry away the rich spoils of the pillaged Persepolis. After Alexander, the Seleucids, then the great Parthians who challenged Roman expansion and the Sassanids – last of the Zoroastrian dynasties – followed, whose dessicated and crumbling palace at Sarvestan still remains. Seismic change came in 637 when the forces of Islam swept across continents, bringing religious and cultural change, challenging the old hierarchies and entrenched power bases of the ruling elite. Seljuk Turkic tribes re-established the Silk Road, stabilised the region and embarked on a glorious building spree of mosques, minarets and mausoleums many of which are still in evidence and laid the foundations for the successive Muslim dynasties that followed.

Into this world crashed the Mongols in 1218, their huge destruction and slaughter even bringing an end to the Assassin cult’s stronghold of Alamut in the jagged Alborz Mountains. Factionalism, turmoil and civil wars followed, but the Safavids(1501-1736), Qajar dynasty (1757-1924) established peace and the latter set Tehran up as its capital. By the 20th century, modernisation under the rule of Reza Shah and his successors did not hold back the need for popular and religious change, leading to the revolution of 1979 and the establishment of the religious based state.

For decades a perceived air of secrecy had shrouded Iran from the world, and it is only now that the rich vein of history and culture is beginning to be truly tapped.