It’s hard to imagine finding peaceful retreats and sequestered tribal cultures amidst the 267 million people who inhabit the world’s largest archipelago state, yet Indonesia is a land of immense contrasts: beyond its populous coastal strips and the busier Java, Sumatra and Borneo, the intrepid traveller can discover another 17,500 islands of fabulous remoteness, mountain cultures amidst volcanic peaks, where life remains much as it has for centuries, and extensive national parks that shelter the nation’s endemic 550 birds and 200 mammals.

A visit here asks you to pause, learn from time-honoured cultures and to luxuriate in hot springs, cool mountain zephyrs and prolific coral waters that make Indonesia a truly alluring destination.

Our fascinating group tour and tailor-made trips focus on the lesser visited island of Salawesi, a land where the seismic spectacle and fabulous wildlife are only surpassed by the wonderful warmth of the locals.

You will find yourself delightfully immersed in the southern mountain Toraja people’s proud culture, characterised by idiosyncratic boat-style houses, extraordinary cliff-cave and hanging coffin funerary traditions and succulent home cooking, all against the backdrop of elegantly tiered rice terraces.

In the north, you will relax into the easy pace of the Minhasa homelands, a secluded landscape of lakes, yawning volcanic craters, and national parks that contain tarsiers, cuscus bears and endemic hornbills, before ending your experience at one of the coral triangle’s gems, Bunaken Island whose marine reserve waters boast reefs that burst with life from myriad fish, sea turtles and dolphins – a truly fitting climax.

Our guide Meriba has been excellent. He loves his job, has huge knowledge and cares about tourists. He took us into Indonesian culture and life, helping us to understand what we were seeing. Thanks to Meriba we had a very close time with a lot of local people. He is an outstanding guide. He made the difference. Alex, the driver, made us feel safe and welcome.

Places to visit in Indonesia and on our Indonesia tours 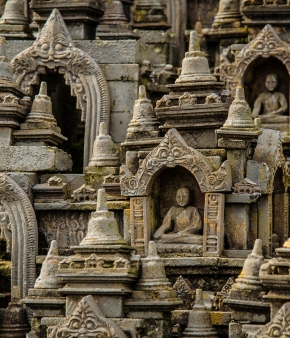 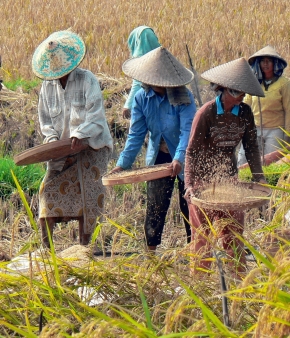 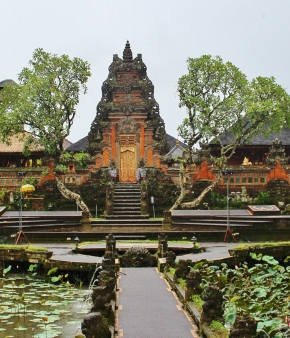 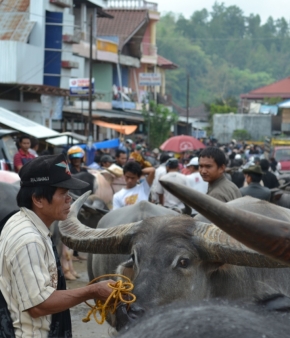 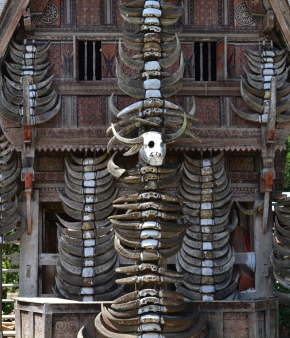 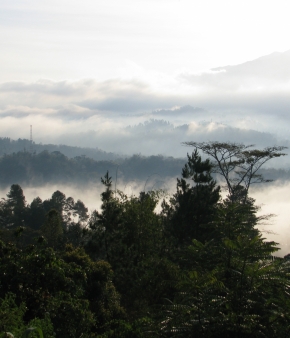 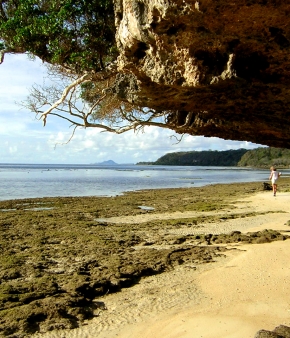 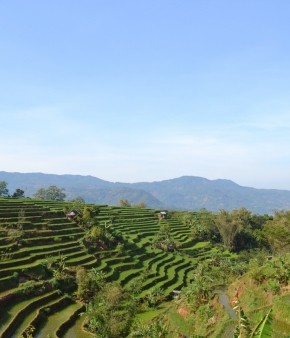 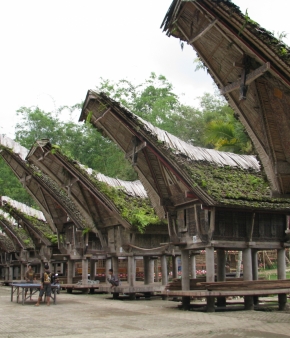 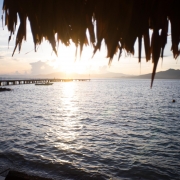 A nation which boasts over 300 ethnic groups and nearly 2 million square kilometres will inevitably offer visitors surprises at every turn. Indonesia is a land truly dominated by its geographical position astride the equator and the Pacific Ring of Fire: 400 volcanoes clad in sumptuous rainforest and exquisite coral-flanked shorelines lend an air of primeval fascination, whilst its interior village cultures welcome outsiders into their homes with a humbling enthusiasm. Expect to enjoy delicious traditional meals and captivating cultural exchanges, astonishingly beautiful panoramas and encounters with nature’s rarest of species.

To speak of Indonesia in anything other than enthusiastic tones would be to do this nation of superlatives great disservice. In simple statistics, it contains the 4th largest population in the world, who practice Islam in greater numbers than in any other country. It is the earth’s largest archipelago nation and some 17,504 islands contain the planet’s second highest number of endemics, after Australia.

Its fertile soils make it one of the leading producers of humanity’s obsessions – coffee, tea, chocolate and tobacco – making it the world’s seventh largest economy. All quite remarkable for a region often overlooked as a confusing conglomeration of island that muddle along the boundary between Asia and Oceania. And yet perhaps the most significant feature of the region is its phenomenal seismic activity: a land which sits atop the convergence zones of the Eurasian, Pacific and Indo-Australian plates, a mere 100km below the surface, small scale volcanic features such as hot springs, geysers, active vents and ash flows are aplenty, whilst earthquakes are frequent and some of history’s greatest volcanic events took place here.

The vast Lake Toba is a cataclysmically huge super-crater whose 1,145 km² waters are the remnants of and epoch ending eruption of 70,000 years ago, whilst Krakatau’s renowned explosion of 1883 is dwarfed by the 1815 Mount Tamboro event which actually prevented the northern hemisphere from experiencing 1816’s summer season at all. Indonesia’s geographical location makes it a curious blend of natural influences: the lands to the east of Borneo exhibit far more Australasian natural features, whilst the west in influenced heavily by Asia’s wildlife and plants.

This curiously echoes the pre-history of the archipelago which was populated by African-descent migrants from about 500,000 years ago; these were then displaced to the eastern parts by the arrival of Austronesian peoples from the Taiwan region in around 2,000 B.C.. The area’s fertility and easy maritime trade links made for flourishing kingdoms by 100 A.D. and these Hindu-Buddhist cultures grew and had their golden age by the 13th century. Although a minority faith, the evidence of Buddhism is best seen in places like Borobudur’s vast temples on Java and Manado on Salawesi is a fine example of a 19th century temple of great opulence.

Islam slowly filtered into the island via Arab traders and by the 16th century was the dominant creed. When the Portuguese (1512) and then the Dutch East India Company arrived to trade in nutmeg, cloves and mace pepper, their subsequent missionaries had little impact. Christianity took hold in pockets and Minhasa’s highlands are still strongholds, oddly characterised by their almost copy-book definition of an omnivorous diet whereby their markets sell almost every living creature for consumption, free from the constraints of Islamic or Hindu rules of taboo foods!

The Dutch also, cementing their colony’s status as The Dutch East Indies in 1800, brought compulsory cultivation of tea, coffee, tobacco, indigo and sugar – standing in the hills around Malino, the extraordinary vista of fabulously green slopes cascading down in ridges of tea-clad plantations stand testament to the lasting effects on the nation. The Dutch rule was tentative here and rising nationalism, alongside communism, led to revolts and revolutions only disrupted briefly by Japanese occupation in 1943. Whilst the slave camps and famines that ensued devastated populations, the ethos of independence was entrenched, so that, by 1949 the Indonesian state was declared self-governing.

False democracies and 32 years of military dictatorship did not prevent economic progress and since 1999 governments have been elected in fair ballots and outsiders have begun to look upon Indonesia as a wonderful prospect for travel. Today’s country treads a fine line between environmental disaster through deforestation, palm plantations, peatland destruction, over-fishing and air pollution and establishing itself as a key centre for nature tourism.

From Makassar’s harbour of chaotic ranks of iconic wooden vessels to the stilted houses that line the seashores, estuaries and lakes of the nation, from the breathless air of butterfly laden forest glades and the languid reed beds that resound to the harsh call of critically endangered milky storks to the lips of smouldering volcanic craters whose lakes bloom with sulphurous shades of green, yellow and red, a  land with such abundance of wild landscapes and fabulous flora and fauna will hopefully tip the scales in the right direction before its plethora of wonders is lost forever.

Read more about Indonesia and our other tours in Asia.