It’s impossible to condense India into a single trip. All such attempts merge into a fragrant and colourful blur and ultimately fail.

However, this Rajasthan tour concentrates on and combines well-known iconic sights with some lesser visited corners to emphasise the true diversity the state has to offer.

From searching out Royal Bengal tigers in one of India’s best national parks, to spotting colourful birdlife at a royal hunting lake, tracking leopards at night in remote countryside, exploring an ancient abandoned Mughal capital city, and staying in a maharajah’s palace, there’s a lot to see.

However, without doubt this 16 days Rajasthan tour delivers an incredible Indian experience.

Start your Rajasthan tour when you arrive in Delhi, the capital of India, meet your driver and transfer to hotel accommodation. Overnight Taj Princess Hotel or similar. No meals.

Note – For those that arrive early or are having pre tour accommodation we can provide numerous sightseeing options in Delhi on request. A heritage walk around Old Delhi is particularly recommended. 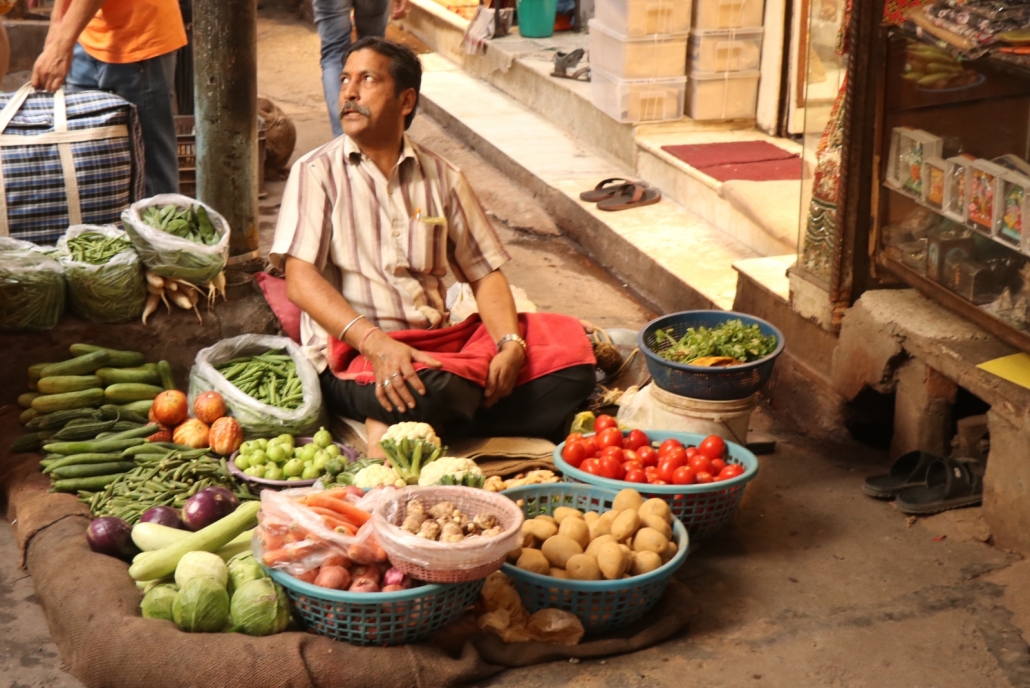 Today take the early morning express train to Agra, home to one of the world’s most celebrated and beautiful buildings the Taj Mahal, built in the 17th century by the emperor Shah Jahan as a mausoleum for his wife Mumtaz Mahal. Farther along the river Yamuna lies the impressive Red Fort built during the 16th and 17th century golden age of the Moghul Empire and from where there are more classic views of the Taj Mahal. Overnight Taj Resorts, or similar. (B) 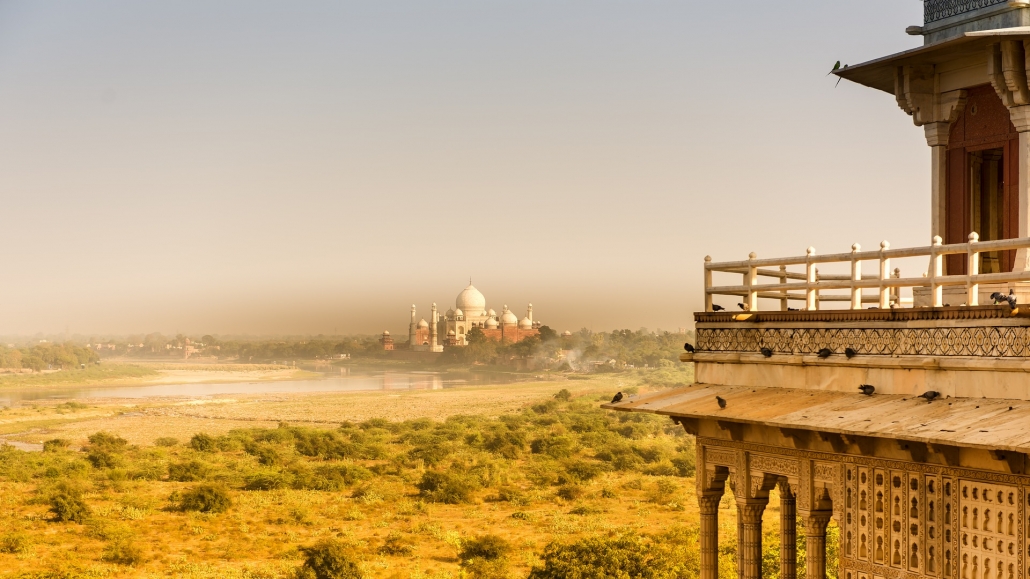 This morning we drive to Karauli, midway between Agra and Ranthambore. The town’s magnificent Old City Palace, built in 1635, is a treasure trove of architecture, stone carvings, intricate jali fretwork and classic paintings. Karauli also has a lively bazaar full of handicrafts and jewellery. Just outside town is the former residence of the maharaja, now a beautiful heritage hotel where we check-in for the night. Overnight Bhanwar Vilas Palace. (B) 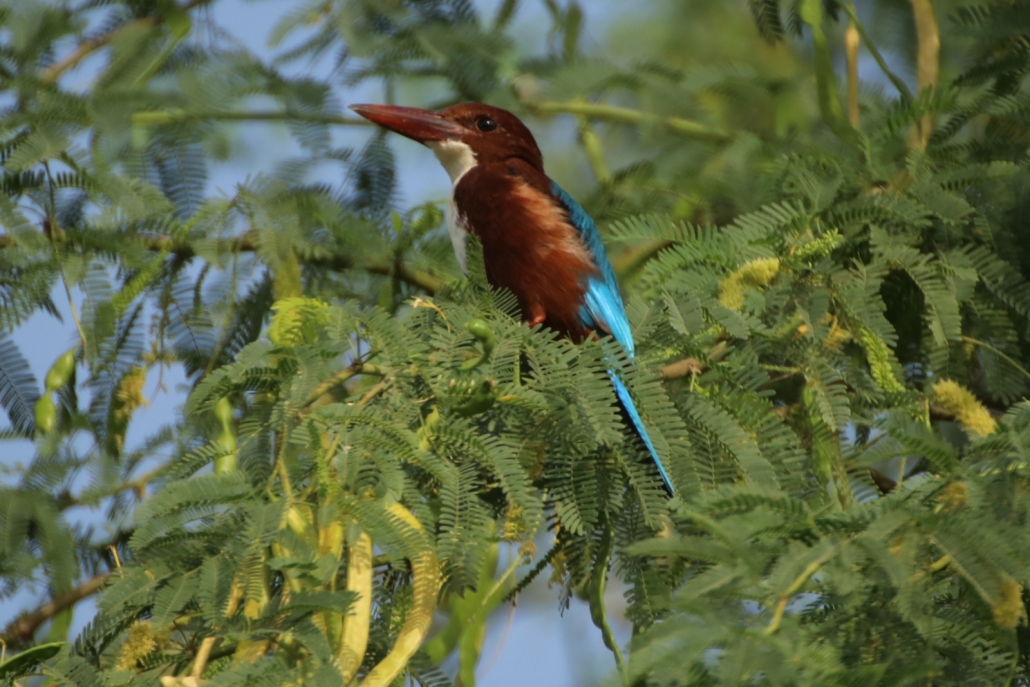 Today we drive to Sawai Madhopur, a well-placed base for visiting Ranthambore National Park which offers one of the best opportunities in India to see Royal Bengal tigers in the wild. After lunch there’s a wildlife safari by purpose-built vehicle into the park. Tigers may be at the forefront of most people’s minds but Ranthambore’s varied landscapes and habitats support a diverse flora and fauna, so there’s always something to see even if tigers prove elusive. Overnight Ranthambhore Bagh, or similar. (B) 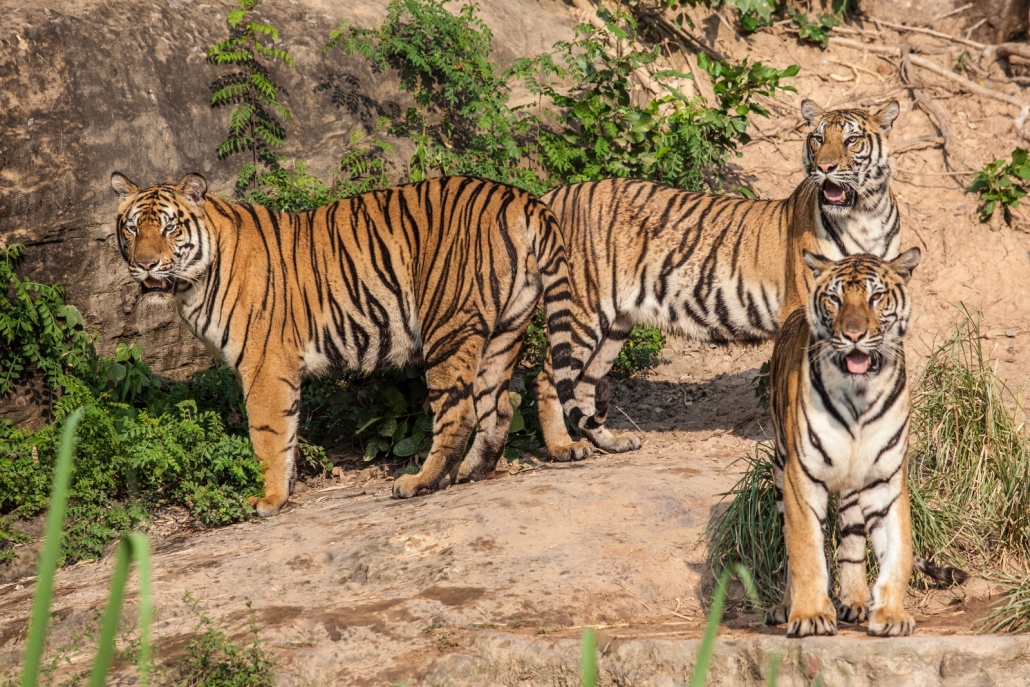 The drive to Jaipur is punctuated by several stops.  At Fatehpur Sikri we explore the ruins of the abandoned former Mughal capital. Later there’s a chance to observe an extraordinary array of colourful and rare birds at Bharatpur, the former maharaja’s hunting lake, now Keoladeo National Park. And at the tiny village of Abhaneri we explore the colossal 5th-century stepwell of Chand Baori recently used as a location for Hollywood blockbuster, The Dark Knight Rises. Finally, we arrive in Jaipur, ‘The Pink City’, and capital of Rajastan. Overnight at Madhuban Hotel, or similar. (B) 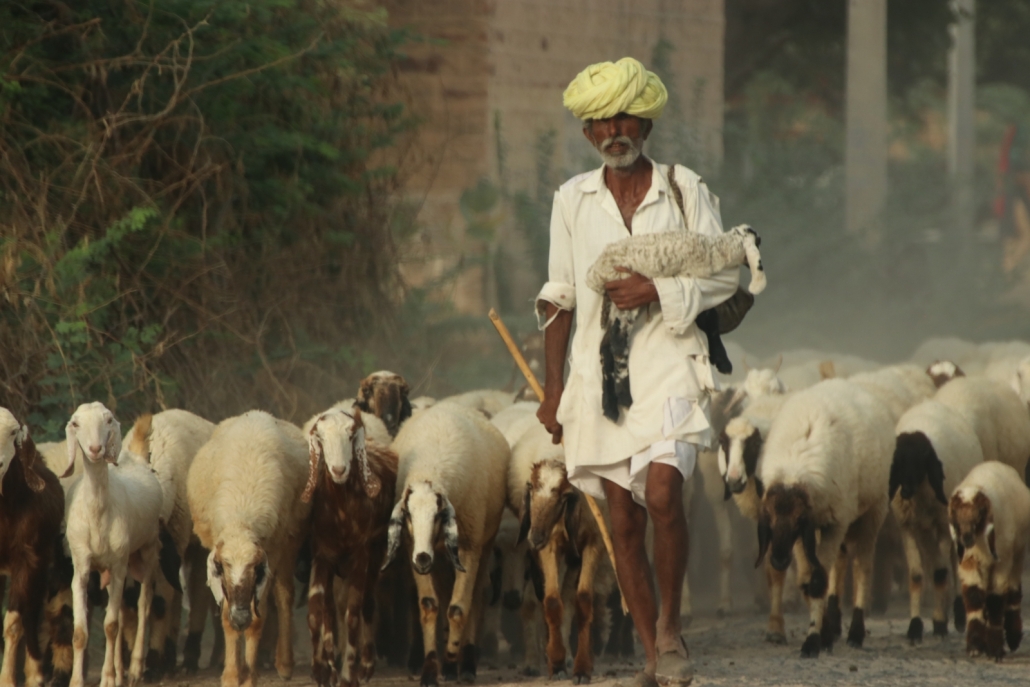 Today, after breakfast, a guided tour of Jaipur takes in the famous City Palace, the UNESCO World Heritage Site of Jantar Mantar observatory for its 19 18th century astronomical instruments, and the instantly recognisable many-windowed pink sandstone façade of the Hawa Mahal palace. After lunch the Rajasthan tour visits the Amber Fort’s complex of palaces, halls, pavilions, gardens and temples. Overnight at Madhuban Hotel, or similar. (B) 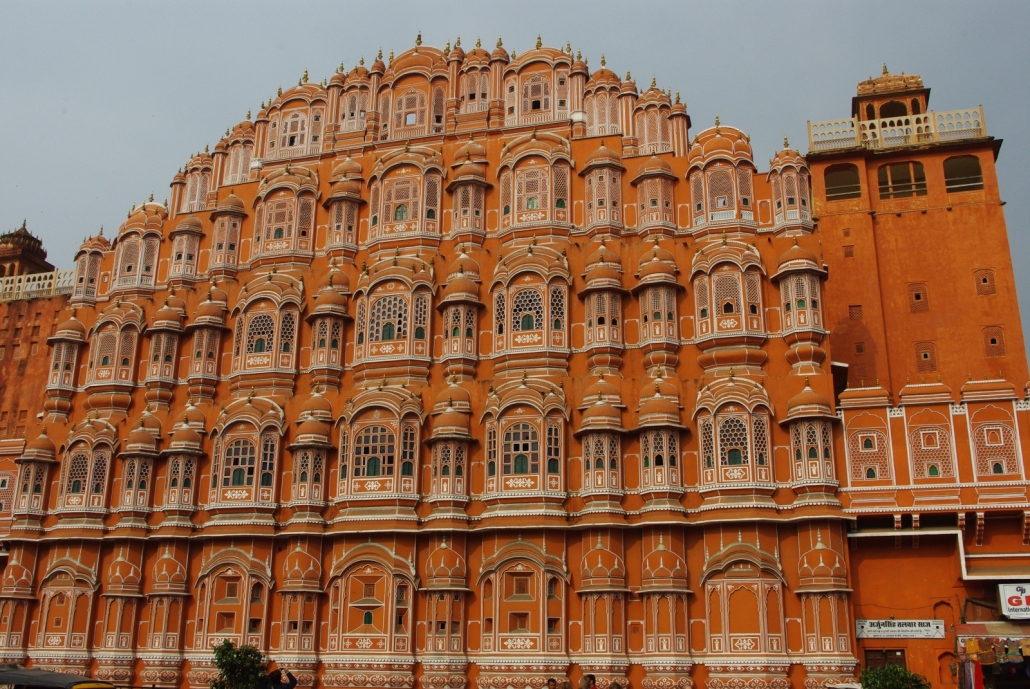 Upon arrival in Pushkar the rest of the day is free to independently explore the lakeside. This is the domain of holy men and pilgrims. Hundreds of small temples are built on the periphery of the lake with wide stone steps or `ghats’ leading down to the lake. A magical quality of light hovers over the lake, bouncing off the surrounding white-washed temples and bathing ghats. At sunset Pushkar can become the ability to become one of the most exotic places on earth. Overnight at Pushkar Palace, or similar. (B) 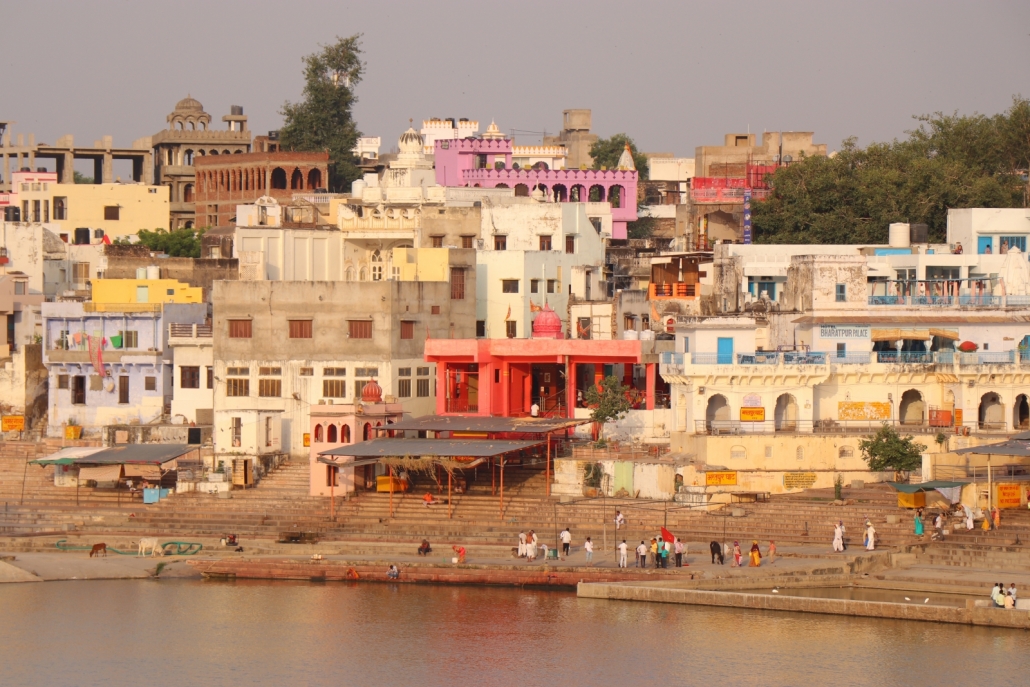 At the small heritage hotel of Chandelao Garh we interact with the community and learn about the rich art, culture and heritage of Rajasthan. An afternoon village jeep tour calls in on craftsmen at work and later visits a Bishnoi tribal family in their home. It’s a rare opportunity to gain an insight on traditional Indian village life. Overnight at Chandelao Garh, or similar. (B) 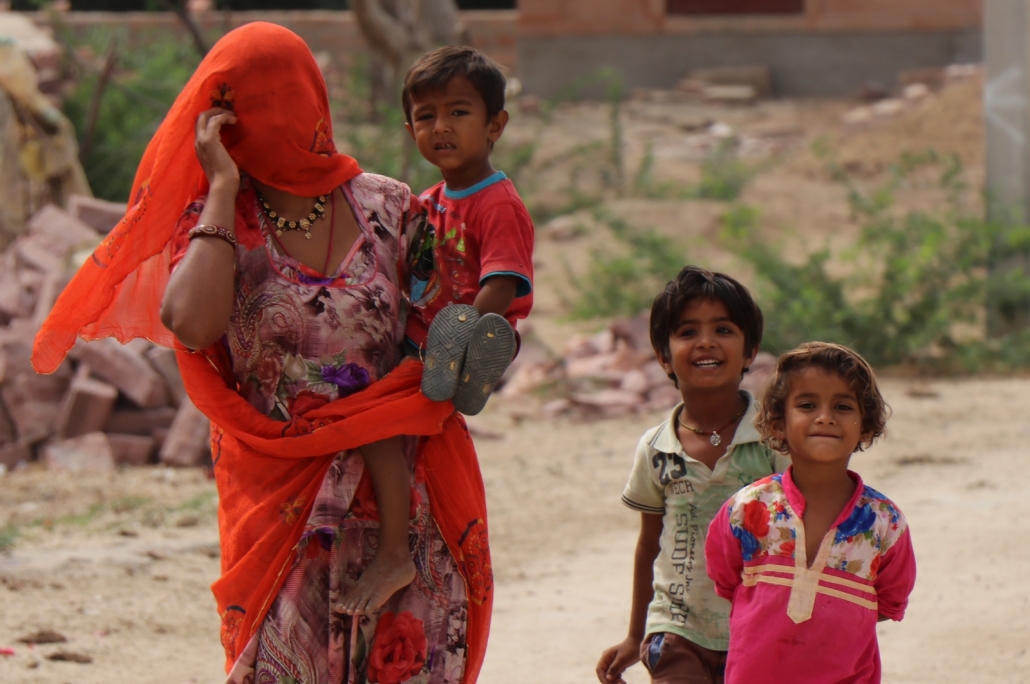 As you will have gathered, Rajasthan is full or colour, so it makes complete sense we continue to ‘The Blue City’ of Jodhpur. Standing at the edge of the vast, arid Thar desert, Jodhpur is dominated by the immense Meherangarh Fort. The fort houses an excellent museum and affords memorable views over the Old City’s blue Brahmin houses. In the Old City itself the clock tower is a popular landmark, from where narrow alleyways lead to bazaars for textiles, silver and handicrafts. It’s a fascinating jumble of winding streets and a great place to get lost. Overnight at Pal Haveli Hotel, or similar. (B) 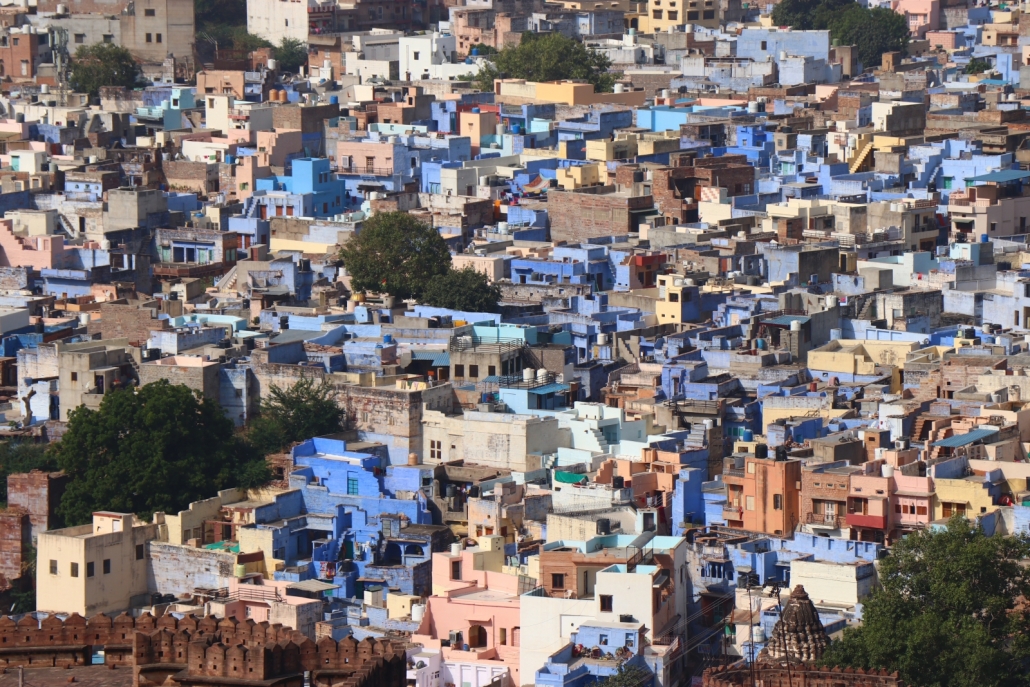 Today the kaleidoscope continues as we cross the desert to the `Golden City’ of Jaisalmer, looming magically up from the horizon. Within the fortress walls cobbled streets are populated by palaces, mansions, and Jain temples built between the 12th and 15th centuries. Overnight at Nachana Haveli Hotel, or similar. (B) 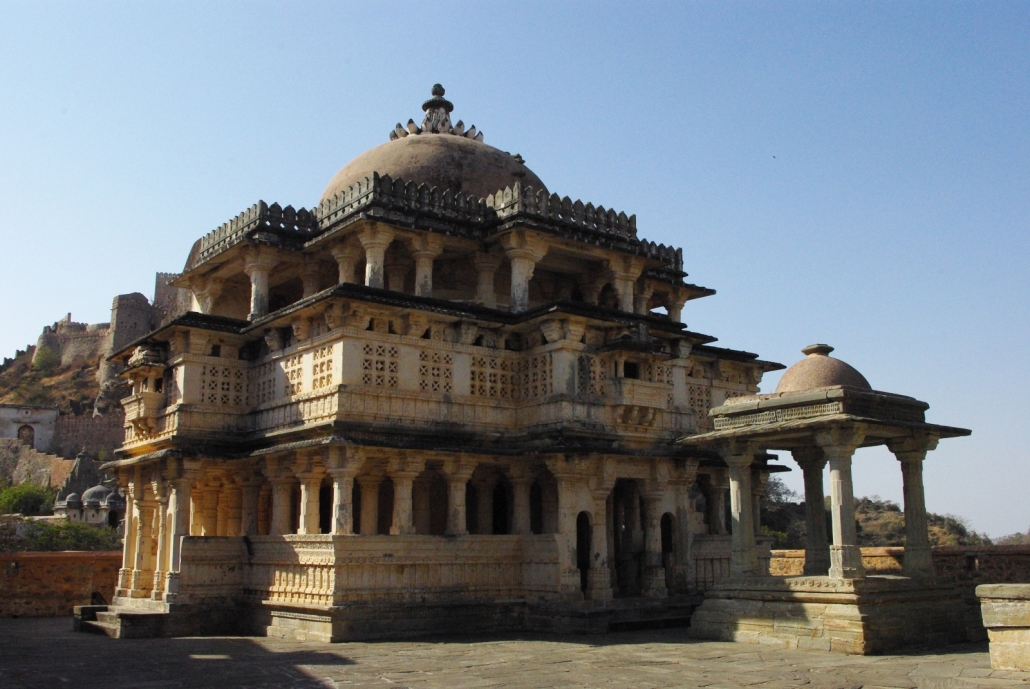 The best way to experience the Thar Desert, which surrounds Jaisalmer, is on an overnight camel safari. Leaving Jaisalmer in the mid-afternoon, it’s half-an-hour by jeep beyond the busier areas near Sam to meet our camels. The ride lasts for around two hours, traversing an unspoilt area of the desert, passing through a mix of scrub and sand dunes as the light turns from gold to dusky pink. The desert camp itself is pitched in a peaceful location close to sand dunes. The camp’s attentive staff will serve dinner before an evening spent under a blanket of stars. The tents are simple, but all bedding is supplied, and hot water is provided for washing. For many this is a highlight of the Rajasthan tour. Overnight Guru Kripa tented camp, or similar. (BD) 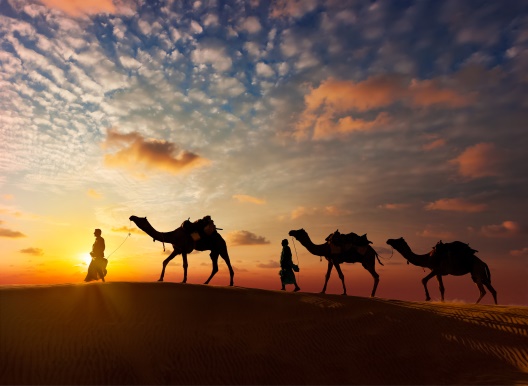 In the morning a second camel ride takes a different route lasting about an hour, before re-joining the jeep and driving back to Jaisalmer. In the afternoon there’s a guided walking tour of the Old City where narrow cobbled lanes provide a wonderful opportunity to wander around. The city’s fort is not simply a monument, but home to a community of several thousand people. Inside you can view attractive Jain temples, see fascinating architecture, and enjoy superb views over the city and the desert beyond from vantage points on its battlements. Elsewhere, hidden among alleyways leading from the main market street are several elaborate and opulent havelis (town houses). Overnight Nachana Haveli, or similar. (B)

This morning we drive to Bhenswara, a rarely visited part of Rajasthan home to some of the more pastoral tribes of India. The region’s rock-strewn landscape remains a natural habitat for leopards, and the community host at Bhenswara is a keen tracker. In the evening there’s an option to join a thrilling safari attempting to gain a glimpse of these elusive big cats. Stay at Ravla Bhenswara Hotel or similar. (B) 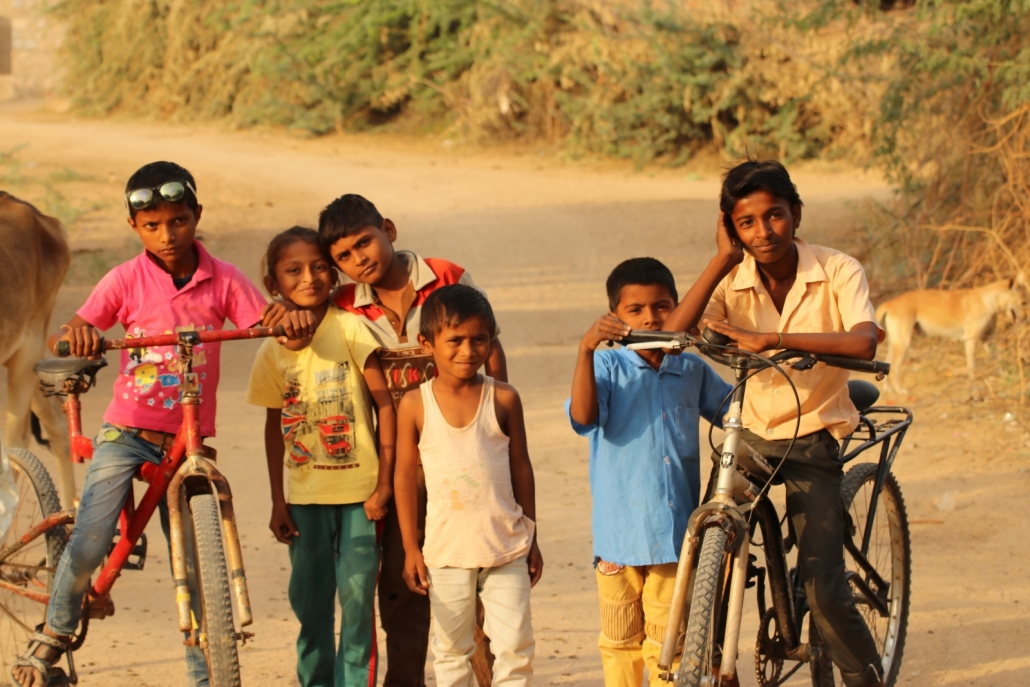 It looks like we’ve finally run out of colours. The last stop on the itinerary is the beautiful `White City’ of Udaipur. Set around the vast Pichola Lake and dominated by dramatic palaces, Udaipur is surely Rajasthan’s most picturesque city. High, whitewashed houses and narrow, winding alleys lend it an almost mediaeval charm. The huge City Palace, still the residence of the Maharana, is intricately carved from yellow sandstone and stands on the banks of Lake Pichola, from where you have fabulous views over the balmy waters and the famous Lake Palace Hotel. Overnight at Mewar Haveli, or similar. (B)

Today’s guided tour encompasses elaborate palaces and temples together with a boat trip on Lake Pichola for an entirely different perspective on this elegant city. In the afternoon there’s free time to seek out elusive bargains in the markets, or to relax in a cafe overlooking the lake, whilst enjoying Udaipor’s renowned teas, coffees and spicy pakodas. Overnight at Mewar Haveli or similar. (B) 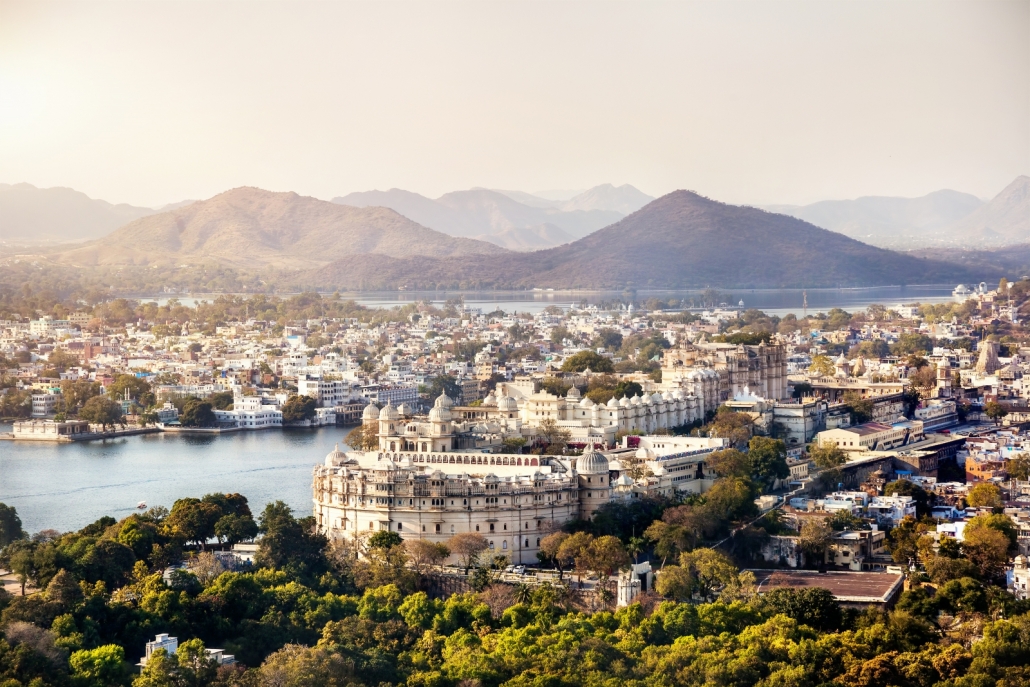 After breakfast the Rajasthan tour ends today with airport transfers for onward flights. (B) 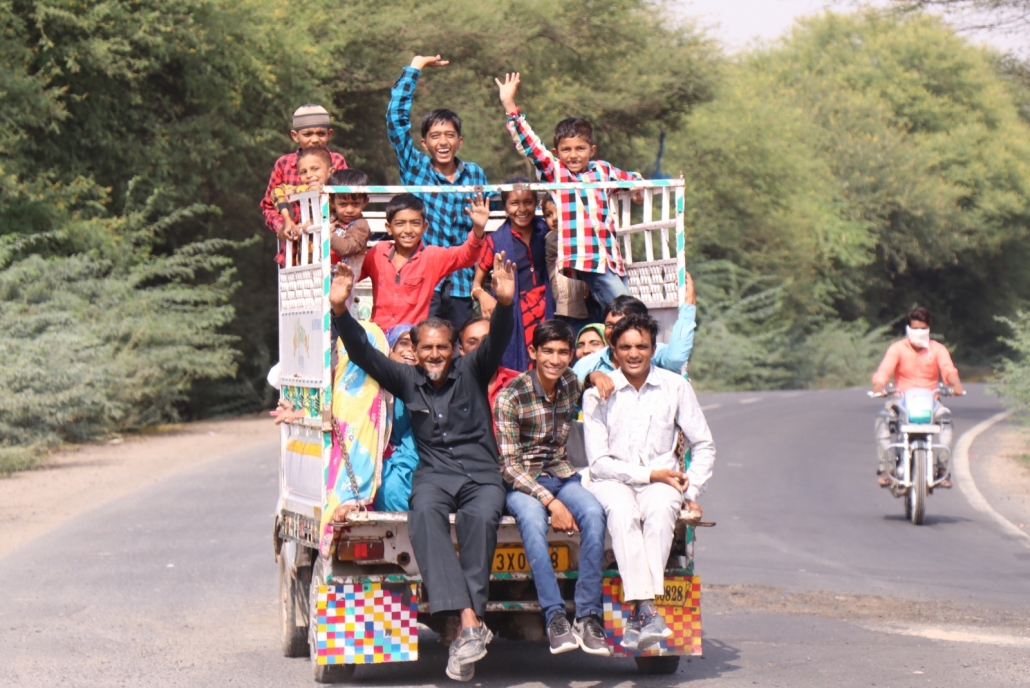 This Rajasthan tour operates subject to a minimum group size of 3 travellers.

The Rajasthan tour single supplement is from £485

Return flights into Delhi and return from Udaipur start from £495 from London. Please contact us for a quotation 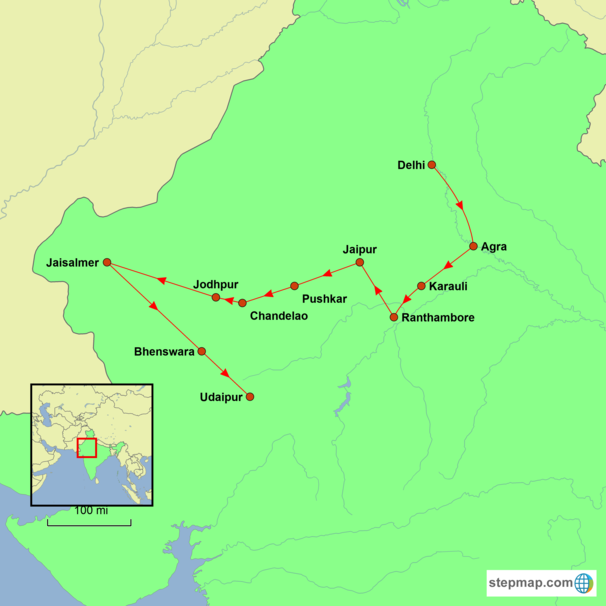 A trip that exceeded expectations. Well supported in India and excellent heritage hotels and comfortable vehicle.

Read more about India and our other tours