For a country whose place in the world consciousness is dominated by vodou, dictators and natural disasters, remarkably, Haiti is in fact a place of superlatives and surprises.

The western side of the island of Hispaniola is the world’s only state to arise from the ashes of a slave rebellion, it has been the planet’s largest producer of coffee and sugar, it boasts and unrivalled quality in its rum distilling and was for a while the richest colony on earth.

Vestiges of those glories lie all about its beautiful white sandy beaches and dramatic, lush mountains. Haiti has fascinating tales to tell to those who seek out its idyllic shores.

Our ground-breaking group tour and tailor-made trips will lead you across the varied and breathtaking scenes of this fascinating country. In a country where a tourist infrastructure is still embryonic, reliance on local guides and transport makes for a compelling journey of exploration around some of Haiti’s most celebrated, historic and naturally stunning sites.

From the thrilling vitality of vodou ceremonies in Port au Prince to the idiosyncratic artisan quarters of Jacmel, local custom and belief is fiercely prized. Wander through the mountain ranges and that encircle and dominate, stand atop independent Haiti’s emblematic citadel of defiance at La Ferrière, plunge deep into the Caribbean’s longest cave system and witness the neighbourhood charity projects that are seeking to rebuild areas affected by the 2010 earthquake.

This is a nation of uncelebrated and hard-won merit, all set in a landscape little short of Paradise.

I was a bit weary of visiting Haiti due to the bad publicity the country gets. I am now determined that more people should go and support this amazing country. The tour showed us all apsects from good and bad, historic and cultural. The highlight for me was the people who continue to smile despite everything that gets thrown at them.

Places to visit in Haiti and on our Latin American tours 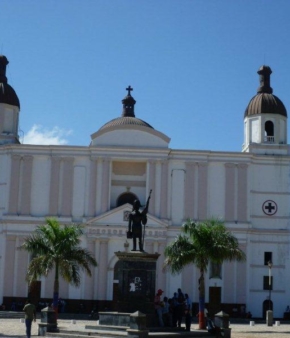 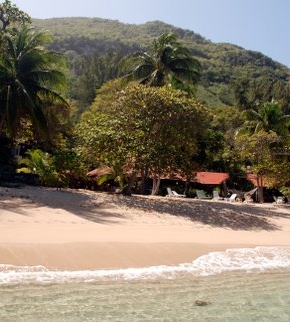 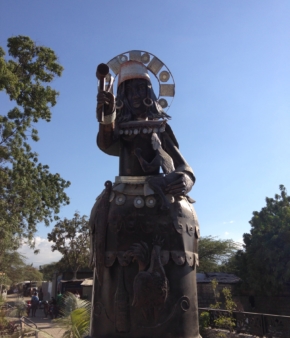 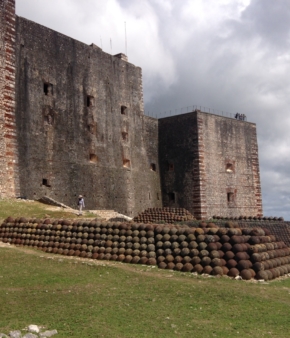 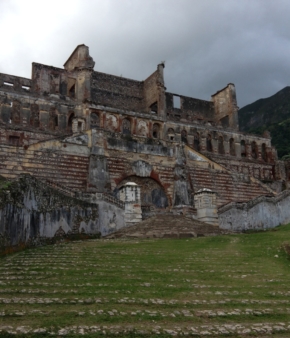 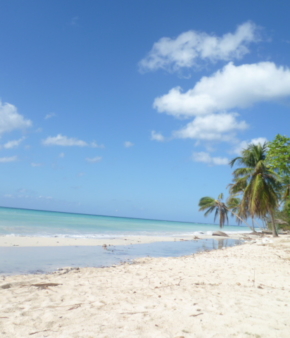 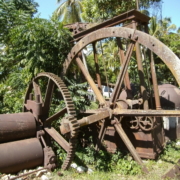 This mislaid pearl of the Caribbean deserves better: tourism is yet to truly flourish in these lands of proud slave uprisings and iconic independence, and so you will seemingly have so much of its wonders to yourself: whether you stroll through the colonial grandeur of streets of coffee mansions and gingerbread houses, or explore the decaying shell of the first emperor’s Palace of Sans Souci, or bask in the cool, clear, olive-coloured waters of Basin Bleu’s waterfalls you will be left bewildered at how Haiti has remained a secret for so long.

Lying off the starboard bow of Cuba, the island of Hispaniola has had an often turbulent, but intrinsically glorious past. The west of the island which makes up Haiti is a broadly mountainous one and, until the last half century, was over 60% forested.

The horseshoe-shaped nation’s three main areas of population – the north and south coasts and the central river basin – are separated by the Massif du Nord and the southern string of mountains that stretch along the Tiburan Pensinsula, the Chaîne de la Selle. Around 4,500 years ago, the first settlers from the Yucatan came and were supplanted in the last millennium B.C. by the Ciboney, hunter gatherers who left few tactual traces. The later Arawak people were the first to establish permanent dwellings and the Taíno civilisation, as it became known, created a complex society of chiefdoms.

Evidence of this can be viewed in the extraordinary engravings at the Marie Jeanne Caves where, amidst the curtains of calcium carbonate and serrated teeth of stalactites, they have left hieroglyphs that speak of a well-established culture. 700 years after their arrival, their doom was writ large as the Spanish, under Columbus, landed and founded a brief town at La Navidad in 1492. Columbus’ respect for their ‘gentle’ manner and lack of ‘knowledge… …of evil’ seems to have held little weight for, by 1600 they had been exterminated, ravage by European disease and worked literally to death in mining for the gold that drove the Spanish lust for conquest. Columbus named the land ‘La Isla Espaňola’ and, in a curious twist of irony, when the west in later years earned independence, the name chosen for the new state was taken from the Taíno name for the island – ‘Ayiti’. By the end of the 16th century, the land was abandoned and left in the grip of pirates whose capital was on the island of Tortuga.

The French duly claimed the region as a colony and, despite initially failing to control the privateering enterprises, were ceded Hispaniola and set about building colonies in the north. Sugar cane plantations followed and this, inevitably, brought slaves in their hundreds of thousands, stolen from the countries of West Africa in particular. The wealth that flooded from French ‘Saint Domingue’ was astonishing. By the 1750s it was the major producer of sugar and coffee and the wealthiest colony in the world. The fruits of this can be seen in the magnificence of some of the ‘gingerbread houses’ and mansions of centres like Port au Prince, Jacmel and Cap Haitian. As elsewhere, slaving discontent, allied to disenfranchised free African ‘mulattoes’ and maroon rebels – escapees slaves in mountain hideaways – began to bring matters to the boil. Fuelled by the example of the French Revolution, the slaves and their vodou priest supporters, all led ably by Toussaint Louverture rose and burnt the plantations in 1791.

In a remarkably short time, slavery had been abolished and Louverture was appointed Governor General – the first black man to achieve such a role. Napoleon’s accession brought repression, but following a savage war with the French, the betrayal, arrest and deportation of Louverture and victory on the battlefield, Independence was declared in 1804. In order to defend against French re-invasion, the colossal Citadelle La Ferriere was constructed: a symbol of the determination of this extraordinary new nation to prove itself as the first independent territory in the Caribbean and Latin America, it straddles the Bonnet L’Eveque mountain on the northern range.

Haiti’s process from then on was dogged by civil wars, coups and huge financial and military interference from Europe and then the USA. Notwithstanding their own gains, the nation nonetheless benefited in terms of infrastructure from these occupations, but the savage regimes of the Duvalier family during the mid-20th century gave Haiti a reputation for Vodou-led terror and hostility to outsiders. Since full democracy returned, the country has begun to rebuild, but the devastating earthquake of 2010 and the subsequent hurricanes have left a nation with much still to achieve. The result is a culture which treats visitors with curiosity but also a genuine welcome.

You can expect sole access long swathes of beaches whose beauty which is almost clichéd and areas of wildlife bounty – endemic birds like the Hispaniola oriole, trogon, parakeet and spindalis and easy access to dolphins close to the fishing boats that ply the shores. For now, you may just be one of the privileged few outsiders to benefit from such experiences.

Read more about tours in Haiti and our Latin America tours.