The azure seas of the African coast are very much the dominant feature of a journey into this beautiful region. As flocks of roseate flamingos dip their heads in the bountiful shores and critically endangered manatees breach beside the mangrove-fringed river banks, you can be forgiven for imagining the outside world has simply faded away.

So it is in this world of timeless tribal cultures and exotic wildlife. This is a place whose splendour drew the first Portuguese settlers seeking gold, ivory and land for plantations. As you sit beside a gilded sunset, sampling the seafood cuisine and seductive palm wine, the same attractions will work their abiding charm on you.

Undiscovered Destinations group tours of Guinea Bissau take you on an idyllic exploration of some of the world’s most unspoilt cultures and most stunning locations. Explore the exotic paradise which is the forest, coast and islands of Guinea-Bissau.

Wander back in time, treading in the footsteps of colonial powers and the decaying grandeur of their buildings, float through rivers, abundant in birdlife, where nature still holds glorious sway, and then encounter cultures that have endured and thrived, despite the forces that have come and gone. Here you will immerse yourself in tribes and peoples who have maintained traditions over the millennia and who live in harmony with this lush and bountiful landscape.

Learn the curative skills of animist healers, be led by kings through the mystical tombs of their ancestors and enjoy the exuberance of local festivals. An unforgettable escape into paradise.

This was a fabulous tour of a truly undiscovered destination. Far exceeding my expectations, this was one of the best trips to Africa that I have ever done. Guinea-Bissau is such a beautiful country, with interesting history, lively ceremonies, lovely people and (surprisingly for a country that sees so few tourists) absolutely no hassle on the streets. 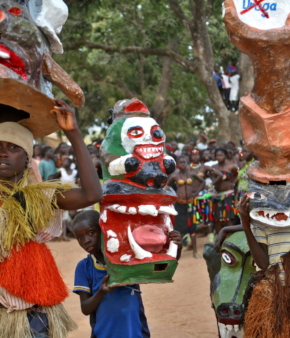 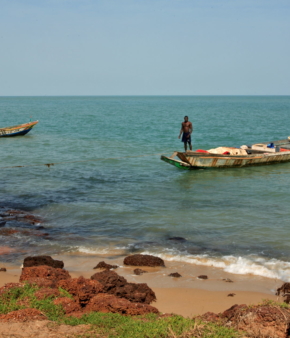 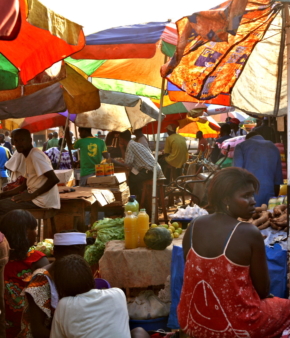 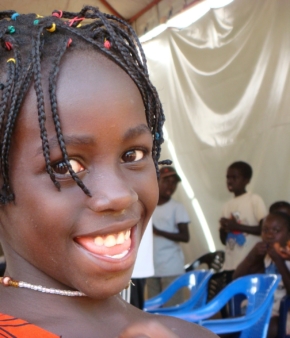 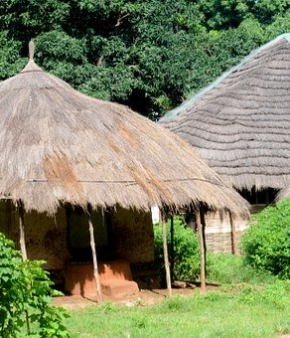 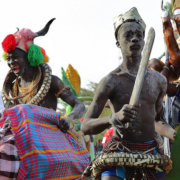 The beauty of this land of lush forest, mangrove swamps, rice fields and white-sand-fringed archipelagos cannot be overstated. Within its 36,000 km² landscape and 1.5 million population incredible diversity exists from the Pepel, Majak and Fulup mainland farmers to the Bijagó people who live in simple harmony with nature, fishing and nut-harvesting. The Portuguese colonial architecture with its peeling whitewash remains a fascinating glimpse of European influence, but the remote island and villages will capture your heart with their beauty, gentle people and beguiling devotion to tribal culture, traditions and beliefs.

This is a world where the traveller feels they can hardly scratch the surface: for such a small nation, the 88 islands of the offshore archipelago can proudly boast that they are the most numerous and loveliest of their kind in Africa.

This makes for two contrasting Guinea-Bissaus – the rice farming tribes of the mainland interior with their scattered small market towns have always held a fierce independence from the more traditional coastal and offshore cultures who are largely self-sufficient and seemingly have always been so. The origins of this inevitably lie in the landscape: the continental areas were subject to the ancient kingdoms of Mali and so when European explorers ventured here from 1456, they established settlements on the coast and in the paradise of the Bijagós Archipelago.

The development of these colonies was curious, with frequent racial inter-marriages creating a ‘ Kriolu’ people who began to dominate the hierarchy. Indeed, Creole is still the broadly spoken national language, with a tiny minority speaking the other official tongue – Portuguese. Inextricably linked to the Portuguese colony at Cape Verde, the inevitable slave trade followed, with a garrison built at Cacheu to maintain its success. Typically, much of the dirty work was done by the local tribes: the unconquered and powerful interior peoples provided slaves to the Kriolu administrators and this sowed the seeds of inter-tribal conflict that continued well into the 21st century.

Upon the abolition of slavery, the economy depended on cashew and groundnut exports and this can still be seen amongst tribal villages such as the Manjacu whose tiny forest settlements and mesmerising Gendiman ancestral pole carvings carry on agricultural and religious practices much as they have been for centuries. With separation from Cape Verde in 1879 a new capital was built at Bolama Island, laid out as a Roman castra: today you can walk through its sunny red-earth avenues and lazy squares, long abandoned to the goats and encroaching forest, accompanied by the spectres of a colonial past.

The attempts to maintain order in this far-flung nation are seen in the crumbling fortress at Bissau, but whilst oppression and then independence brought war and inter-racial violence for decades, it is the tiny indigenous villages that draw the traveller’s attention most: when Portugal abandoned Guinea-Bissau in 1973, the infrastructure, economy and levels of education were devastatingly poor.

And so the isolated cultures of the Bijagó with their fabulous Wild Bull’s Mask festival and traditional straw-wear saya skirts, the exquisite adobe huts of the Felupes and Baiotes villages who desalinate the mangrove swamps for cultivations and the riveting animist healing traditions using local plants offer an insight into a unique land – one where  the sagas of the past become the successes of the present, free from the vicissitudes of the ‘progress’ of conflict, over-consumption and environmental destruction.

A few days here seems like a lesson for the ages.

Read more about Guinea Bissau and our other African tours.