Join our small group tour of Eritrea where we will get a fantastic insight to this little visited corner of Africa. This tour allows you to discover the highlights of the country.

We start and end with the charming capital Asmara, at 2,300m pleasant at any time of the year. You will have plenty of time to check out some of the Italian style cafes and bars before we head north to Keren, famous for its Monday camel market. Next we travel towards the Red Sea Coast and the city of Massawa, a place with an engaging, exotic character and a delight to explore.

Returning to the capital, we make an excursion to the interesting town of Decamhare and also the historical site of Quohaito. A great trip through a truly exciting and undiscovered part of Africa.

Our tour of Eritrea has a visit to Keren, whose name means ‘highland’. It was once a small town, but developed quickly with the advent of the railway linking it to Asmara.

Known as one of Eritrea’s prettiest towns, it wasn’t all roses for Keren – during both World War Two and the war for independence, Keren was the scene of much conflict including one of the fiercest battles of Britain’s fight against fascist Italy.

Today it contains an interesting British War Cemetery as well as the Italian style railway station, and is overlooked by an old Egyptian fort dating back to the 19th century. It has an overtly Muslim feel to the town and is inhabited by a number of Eritrea’s different ethnic groups.

The pace of life here is best reflected in the way that camels and donkeys still outnumber cars.

We also visit Massawa. Here at the coast, there is a very Arabian feel to it, reflecting its trading links with the Arabian Peninsula. It consists of two islands connected to the mainland by a causeway, and is the largest natural deep-water port on the Red Sea.

With its strategic position it was much coveted by foreign powers and has been occupied by the Portuguese, Arabs, Egyptians, Turks, British and Italians. Originally it was the capital of Italian Eritrea, before a decision was taken to move it to Asmara. One of the delights of Massawa is exploring its narrow streets, chancing upon old mosques, tombs and merchants’ houses dating back several centuries, and giving you a real feel for what the town was like in its heyday.

Arrive in Asmara and transfer to hotel accommodation. Overnight Sunshine Hotel or similar. 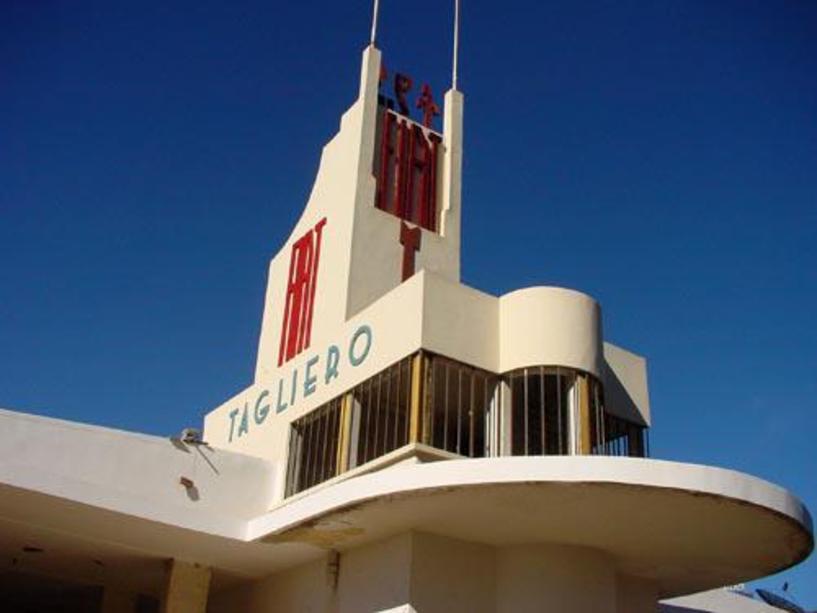 Today, a city tour of Asmara reveals its remarkable colonial architectural legacy. Recently having gained World Heritage status, over 4,000 buildings have been inscribed as possessing special architectural value. Art Deco and Modernist cinemas, theatres, cafes and even petrol stations characterise a city playground for pre-WW2 designers in their quest to fulfil Mussolini’s vision of a fitting capital for Italy’s new African Empire. Asmarinos maintain vestiges of Italian lifestyle too. Café culture thrives in the comfortable year-round climate, so grab a cappuccino or order a pizza, you are after all in Piccola Roma. Overnight Sunshine Hotel or similar. (BLD)

Please note: Depending on arrival times of clients some of the city tour may also be done on Day 1. 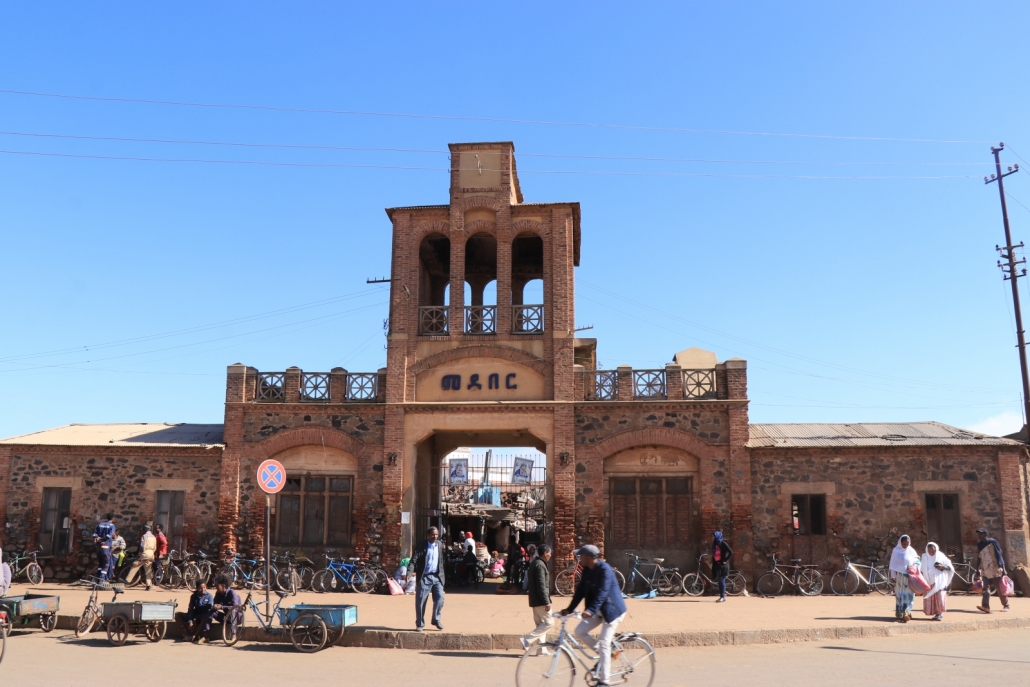 Leaving Asmara, head north through the highlands, past steep terraces of coffee and orange groves, to Keren. Set on a plateau at 1,392m and surrounded by dusty ochre mountains, this is one of the country’s most attractive towns. Holding a strategic position, Keren saw heavy fighting during WW2 and the Eritrean War of Independence. Sudanese influence is very apparent these days, in the way people dress, their language, and food – aromatic Sudanese tea is excellent. At the heart of Eritrea’s agricultural community, the town’s Friday livestock market is an unmissable spectacle. Camels, cattle, goats, sheep and donkeys all have their place on an extensive hillside site. The town centre market also offers a colourful sensory overload, with vegetables, fruits and all manner of other goods piled high for crowds of shoppers. Overnight Sarina Hotel or similar. (BLD) 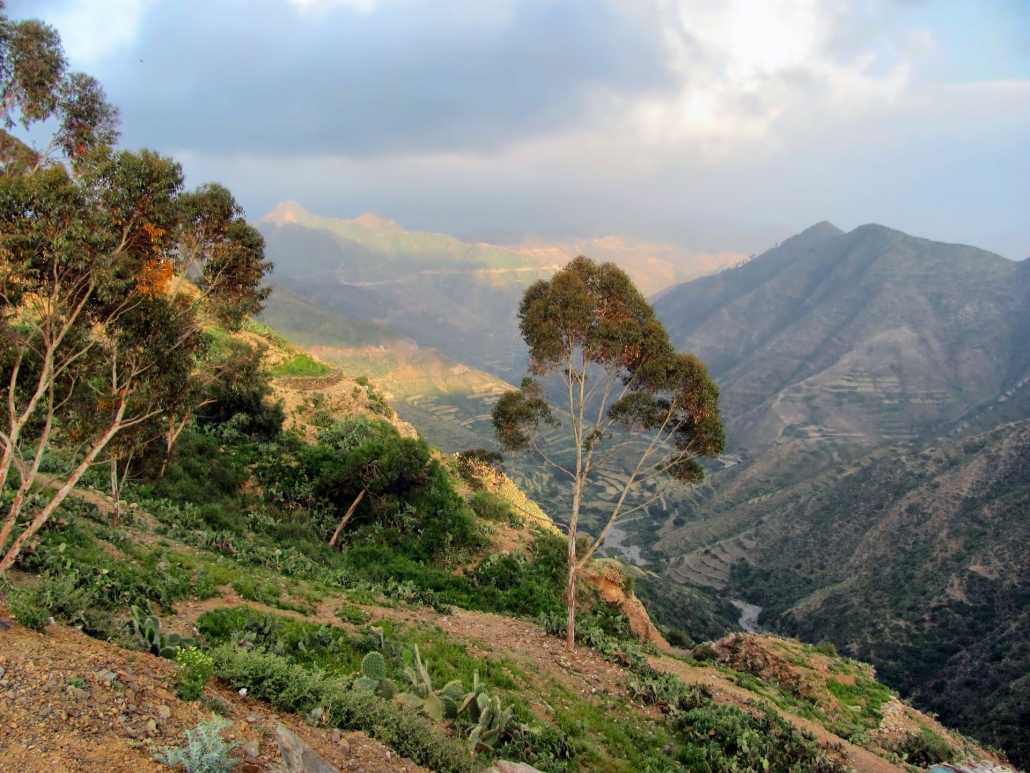 Today, we continue our tour of Keren, this time focusing on the historical and architectural areas of the town. Visits include the Mariam Dearit shrine where a statue of the Virgin Mary inside an ancient baobab tree is the focus for a regular Christian festival. Elsewhere, British and Italian WW2 cemeteries see the graves of hundreds of young men who died during the Battle of Keren in 1941.  If there’s time we’ll climb a lookout tower atop a former Italian administrative building for overview of the town. Overnight Sarina hotel or similar. (BLD) 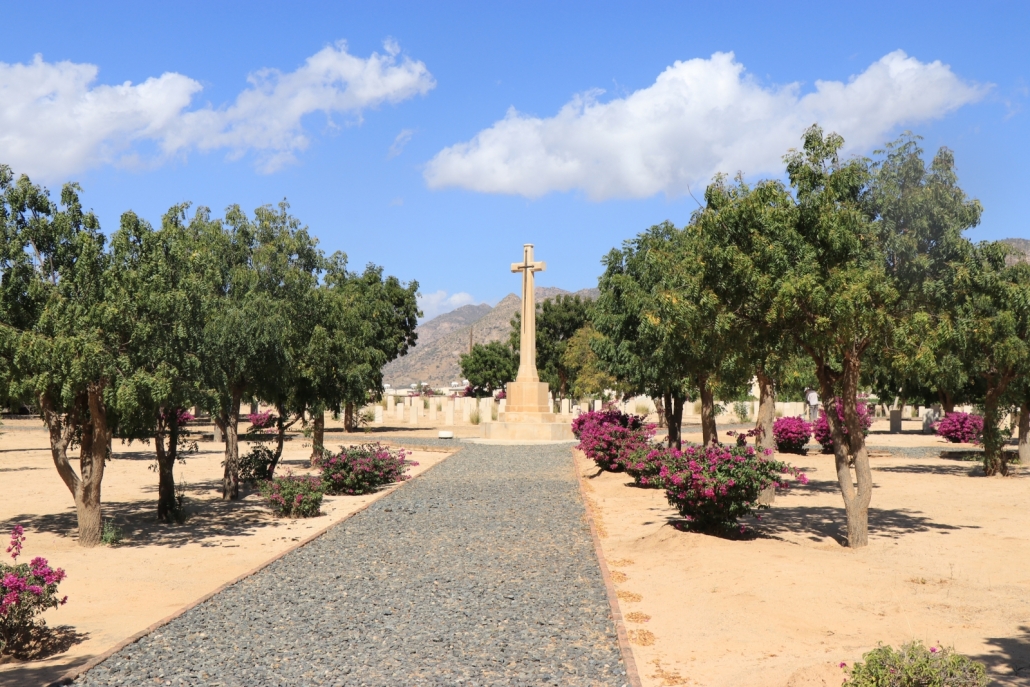 Driving now to the Red Sea coast, our destination is Eritrea’s main port city of Massawa. The route passes through Filfil, where a last remnant of tropical forest forms part of the Semenawai Bahri or ‘Green Belt’ area and where there’s a good to see vervet monkeys and hamadryas baboons. Elsewhere, the landscape is stark and arid, and as the road descends towards the sea, temperature and humidity rise markedly. Overnight Grand Dahlak Hotel or similar. (BLD) 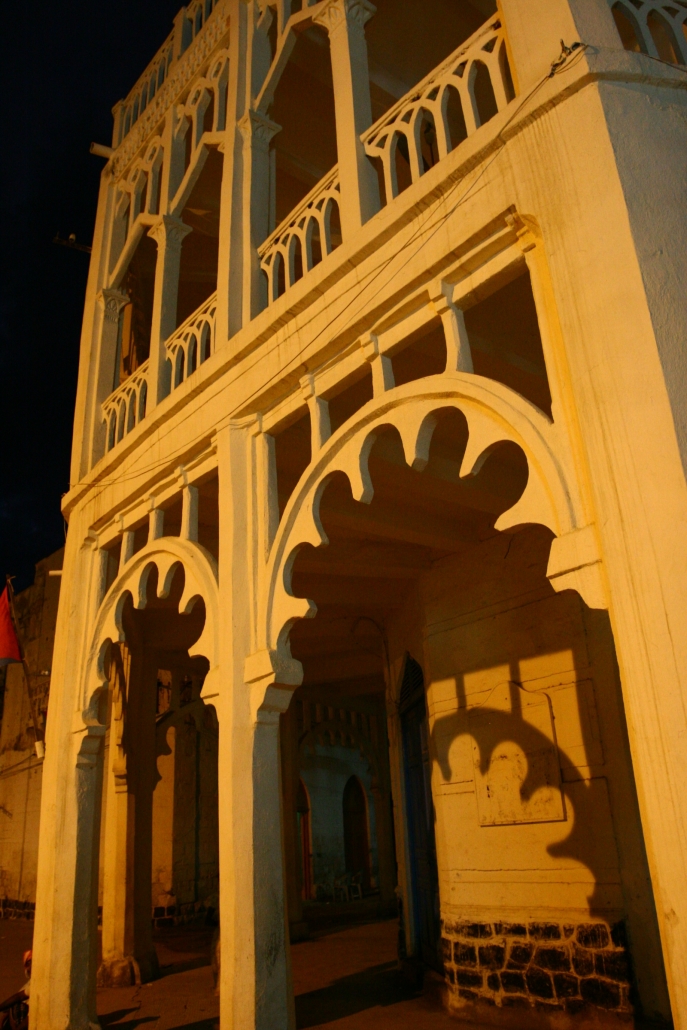 Day 6 – Excursion to Adulis and the Gulf of Zula

For centuries an important seafaring centre, today we visit the archaeological site of Adulis – among the greatest ports of the ancient world, linking the Roman, Egyptian and Greek Empires. Later, we continue to the Gulf of Zula – a deep cleft in Eritrea’s coastline, part of Africa’s Great Rift Valley system. We return to Massawa at lunchtime and spend the rest of the day exploring the town. Among sleepy atmospheric streets, Ottoman, Egyptian and Italian buildings characterise the central port district. Destruction wrought during the War of Independence is still clearly visible, in the case of the former Governor’s Palace, left as a reminder of conflict, elsewhere as a testament to years of underinvestment. In the evening, we investigate the simple and decidedly ill-lit harbour-front restaurants that still manage to serve up delicious seafood – take a torch. Overnight Grand Dahlak Hotel or similar. (BLD) 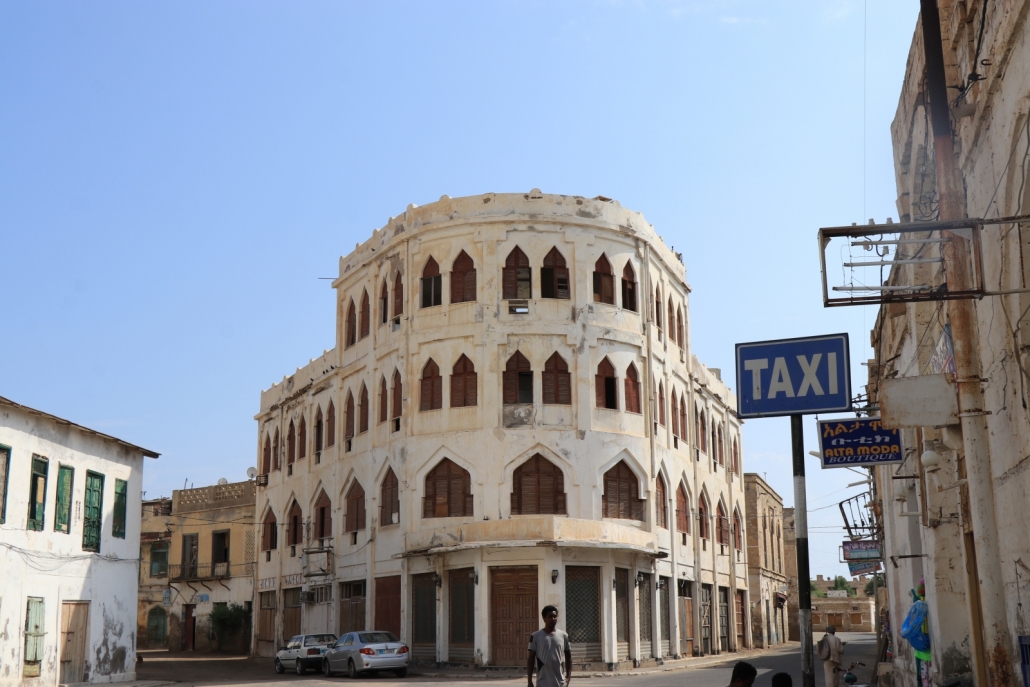 Return to Asmara, with more time to explore the capital. Overnight Sunshine Hotel or similar. (BLD) 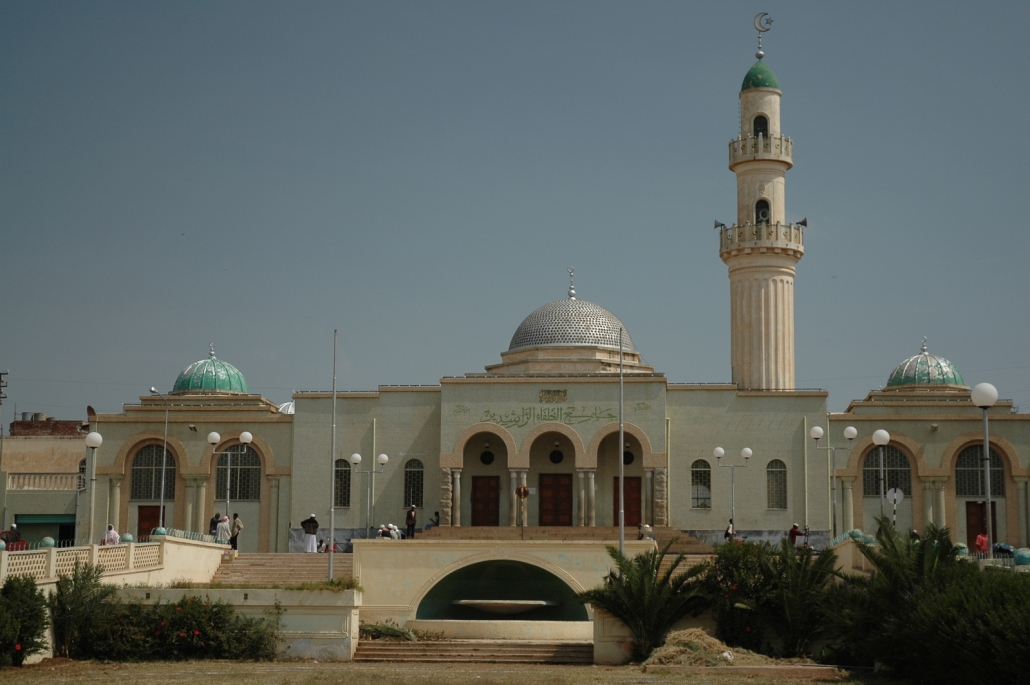 This morning we travel to Decamhare, a town south east of Asmara that served as the industrial hub for Italian Eritrea, and once rivalled Asmara to be the colony’s capital. At its peak in 1938 almost half the town’s 12,000 inhabitants were Italian citizens. Known for its vineyards (Do try Eritrean white wine – well-chilled) and flour mills, despite considerable fighting in the War of Independence, Decamhare still has good examples of colonial architecture. We continue to Adikeyih through a valley of beautiful sycamores. Overnight Central hotel or similar. (BLD) 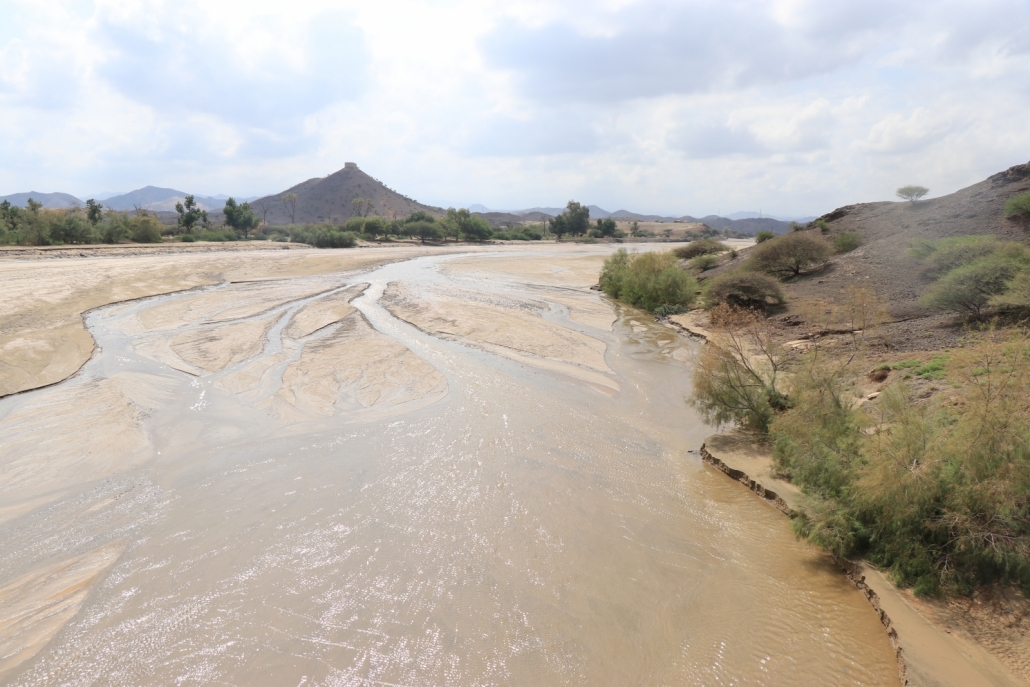 Quohaito is an pre-Axumite archaeological site about 20km from Adikeyih, located at 2,600m on the edge of the Great Rift Valley. Legend says it was constructed in 750BC, during the time of Queen Sheba. However, to date little authoritative investigation of the site has been completed. Relics include an engraved stele 4-5 metres high, and buildings of Axumite period, and many much older cave writing and tombs. Later, we continue farther north to the town of Senafe, close to the Ethiopian border, from where a rough 20km track leads to the country’s second highest mountain, Emba Soira 3,018m. After taking in views of the mountainscapes we return to Asmara, arriving late afternoon. Overnight Sunshine hotel. (BLD) 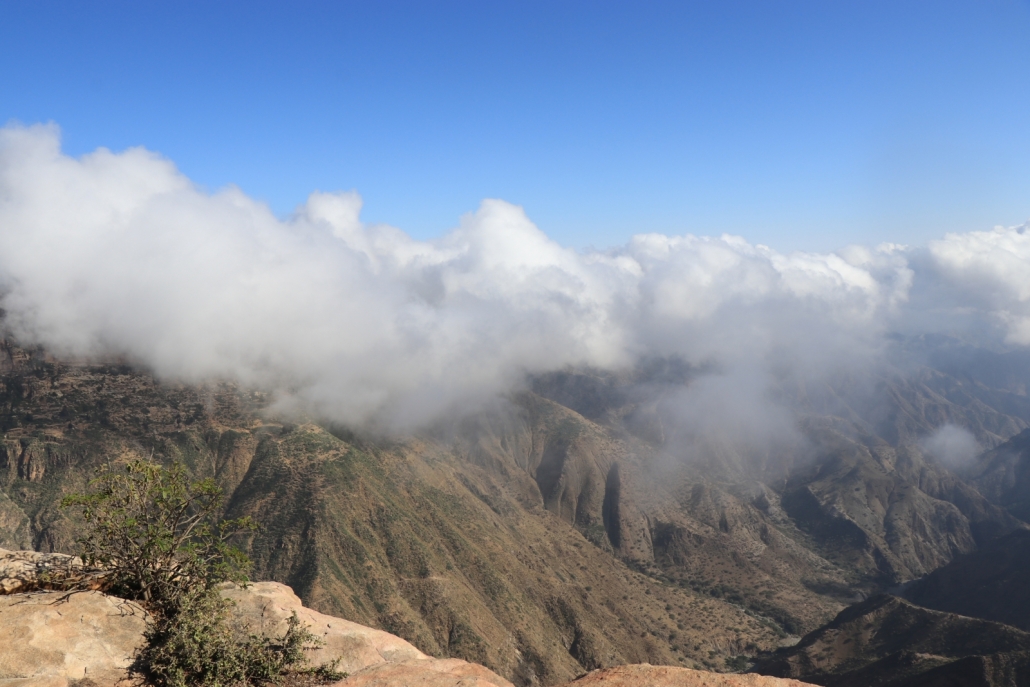 Time for a last cappuccino before transfers to the airport for onward flights. (B) 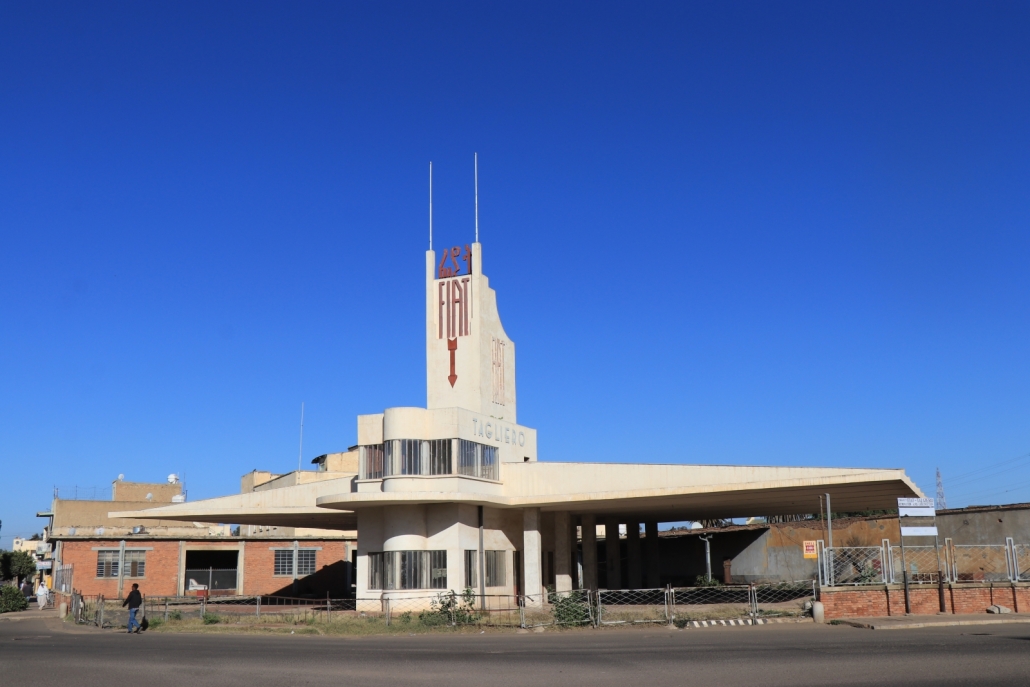 Return flights from London to Asmara start at £590. Contact us for a quotation.

Private and Tailormade tours to Eritrea

If you do not wish to be part of a group tour then you can do the same tour on a private basis. Please contact us for prices.
Kindly note that we can also tailor a similar or totally different itinerary to meet your requirements. Please get in touch with us so that we can tailor your perfect tour of Eritrea. 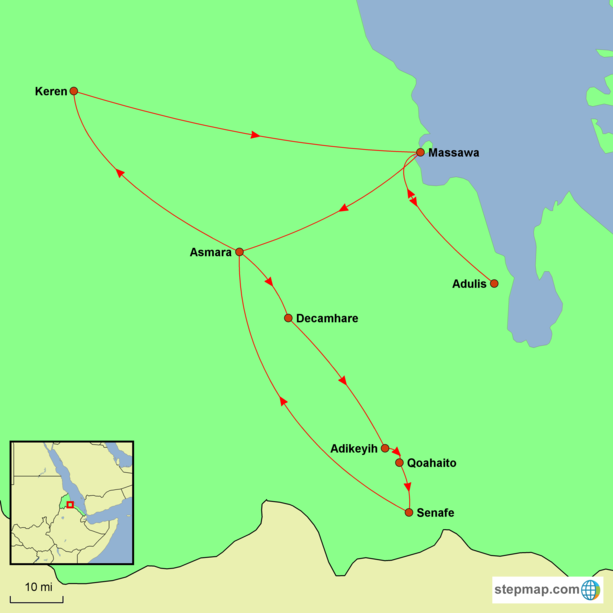 The trip to Eritrea was wonderful. It is truly an ‘undiscovered destination’, as there is virtually no tourism and foreigners are welcomed. The tour was very well organised and covered the highlights of the country. The local guide was very nice and knowledgeable. I couldn’t have asked for a better experience.

Read more about Eritrea and our other tours in Africa

The Kingdom of Eswatini – Small Group Tour
Scroll to top