Split between the archipelago around Bioko island and the mainland enclave that is the hinterland of the Muni, Benito and Uoro rivers, Equatorial Guinea boasts one of the last truly pristine rainforest in Africa. The desperately fragile ecosystem – a significant portion of the earth’s arboreal lungs – is potentially prey to poaching, logging and grazing.

Yet the embryonic tourist trade may prove the salvation of some of the world’s last preserves of chimpanzees, western lowland gorillas and forest elephants, to name but a few of the region’s incredible biodiversity.

Endemic species appear at every fork in the path and, as some of the pioneer visitors to this enigmatic nation, you will experience encounters that few outsiders can even imagine.

Our ground-breaking group tours have pioneered the way into this unheralded gem on the south west corner of Africa. Undiscovered Destinations were the first tour company to offer travellers the opportunity to delve into what has always been a highly introverted society: a landscape where mysterious tropical forests hold unstudied pockets of rare primates and large mammals, reptiles and bird species.

Passing from turtle hatcheries on the beaches of Bioko and coastal and montane forests that clad the slopes of Pico Basile’s volcanic cone to the unchartered routes through Monte Alen’s virgin jungle, you cannot escape the truth that nature is gloriously on show here.

You leave with real hope for this stunning habitat, having visited a grandiose new capital city and having witnessed the fascinating efforts to stay ahead of environmental damage in far-reaching conservation projects – Equatorial Guinea seems a country on the move.

A thoroughly fascinating tour. Well planned and a good guide who took delight in showing us his country. Thanks for the help with the visa application as I thought I would never get to visit Equatorial Guinea. 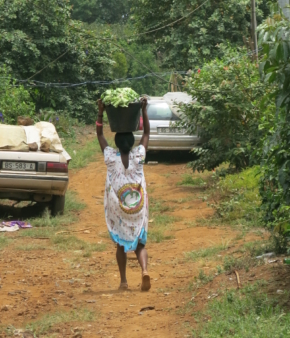 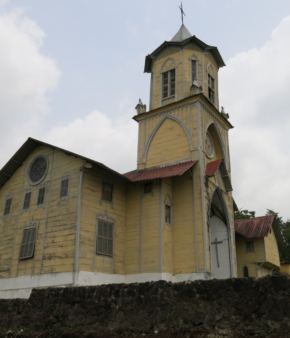 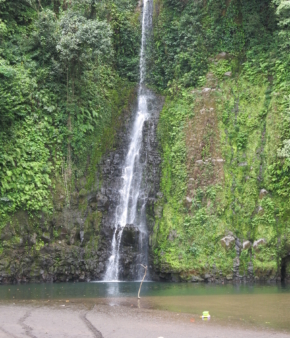 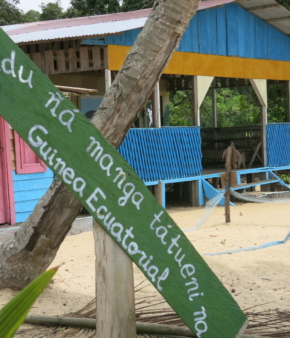 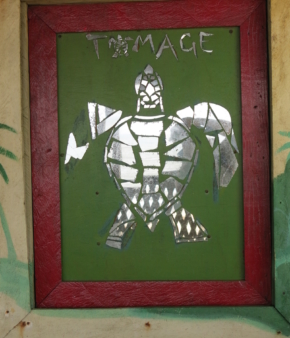 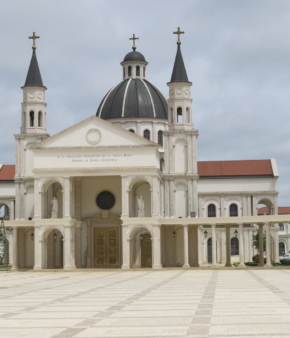 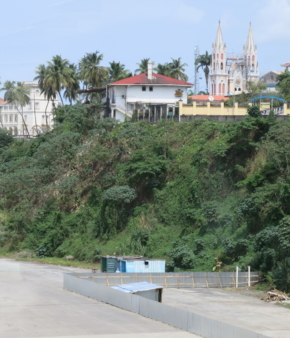 Take the golden opportunity to travel to the extremes of this still enigmatic, emerging destination. Wander fabulous biodiversity projects on the idyllic Bioko Island and witness indefatigable turtles scaling beaches to lay precious eggs. Skirt the mainland coast from the Fang people’s tribal canoes crossing from Cameroon to the delicate sands of Rio Campo, to the southern town of Cogo’s turquoise estuarine view of neighbouring Gabon.  Plunge into the equatorial rainforest to explore unsullied habitats of the primates, birds and elephants – the jewel in Equatorial Guinea’s crown, Monte Alen National Park.

A pinprick of 28,000 km² on the map of mighty Africa, Equatorial Guinea boasts the title as richest country per capita in the continent, albeit wealth that is poorly redistributed amongst its 1.3 million population. Yet to the visitor this landscape seems one which has barely seen more than the first scratches on the surface of an extraordinarily well preserved ecosystem.

Indeed, throughout its history, its potential and the scarcity of a labour-force has been a constant contradiction which has held the nation in check; for the avid explorer of untainted regions of the natural world this is a boon which delivers a tour of a land of countless endemic species and a true sense of standing in almost primeval settings. Early history saw sparse populations of pygmy tribes, succeeded by small-scale Bantu migration around 500 B.C.. These peoples crossed to Bioko’s islands only in about 530 A.D. – in fact the islands themselves have only been detached from the mainland for an evolutionary blink of 10,000 years.

First visited by Fernando-Pó in 1472, the island of Bioko was colonised by the Portuguese in 1474, bringing today’s Catholicism, European culture and, inevitably, disease. Named briefly ‘Formosa’ or ‘beautiful’, the colony struggled to meet its overlords’ expectations in productivity as the tropical climate proved a barrier to settlers. Consequently, it was ceded to Spain in 1778 – it remains the only African nation with Spanish as an official language – and became a key slaving base for transportation of abducted West Africans to Argentina, bringing wealth and impressive building projects from the original capital, Malabo’s cathedrals to Balété’s beautiful wooden church.

Slavery was abolished in 1817 and the first attempts to grow cocoa began at the hands of freed slaves. The indigenous people of Bioko, the Bubi, remained fiercely independent in the face of arriving wealthy planters and set up small scale productions themselves. By 1900, the mainland enclave of Rio Muni was added to the Spanish colony and then formal independence arrived in 1968. Since then, only two men – Maciás and Obiang – have ruled here in a sham democracy which, upon the arrival of Mobil to drill for oil in 1995, has increasingly creamed off the wealth for a privileged few.

However, the regime has its contradictions: it has actively sought to support US sponsored conservation projects such as Bioko Biodiversity Protection Project where the island’s coastal equatorial and montane forests, beaches and mangroves host gems such as nine endemic primates and nesting sites of critically endangered turtles. Again, the incomparable Monte Alen National Park offers naturalists unparalleled access to undisturbed rainforest, and whilst the 265 bird species – including several endemic warblers – goliath frogs and 65 reptile species are a delight, little study has yet been permitted of the dwindling groups of ultra-rare chimpanzees, western lowland gorillas and forest elephants.

Rio Muni, the capital, swells daily with the arrivals of foreign workers, drawn by the lure of oil wealth and the growing sense of the need to embrace tourism. Whether the landscape is protected or pilfered, time will tell, but for a fleeting moment, this is a destination which will deliver a unique and extraordinary insight into a clandestine corner of the globe.

Read more about tours in Equatorial Guinea and our West Africa tours.