If on word can sum up a country, for Ecuador it is ‘diversity’. Boasting a dramatically undulating topography from the fertile coastal lowlands, it rises over La Sierra in the dramatic and volcanic Andes, and then tumbles back down into the sultry tropical forests of the western Amazon.

This is bettered even by the fact that you will be standing in the single most biodiverse nation on the planet, boasting an extraordinary 1,600 species of birds and hundreds of endemic mammals, amphibians and reptiles.

Throw into the mix the fascinating array of tribal cultures that will welcome you into your midst and you will know that this is indeed a unique place.

Our adventurous group tour and tailor-made trips plunge into the very heartlands of this magnificent region, visiting a variety of engrossing tribal lands and immersing you in their cuisine, culture and sacred customs. In this land where the Inca Empire thrived, expect to find markets towns and villages which still hold true to their heritage.

We will explore the grandeur of Quito and its colonial masterpieces of architecture and then venture up into the Andean range, marvelling at the pristine beauty of crater lakes and dizzyingly high snow-capped peaks. You will ride along serpentine and spectacular train route to sequestered market towns and then plunge into the depths of the Amazon to paddle canoes downstream to tiny villages, accompanied by the colour and cacophony of nature’s abundance.

At every turn expect a dazzling view, an incomparable wildlife encounter or an enriching experience with locals.

I had visited Ecuador previously but that was focussed on the Galapagos Islands. This trip really took me to see the real Ecuador and showed me parts of the country that I never knew existed. There is so much more to the country than I could have imagined. For anyone else thinking about travelling in Ecuador, I would highly recommend this tour by Undiscovered Destinations.

Places to visit in Ecuador and on our South American tours 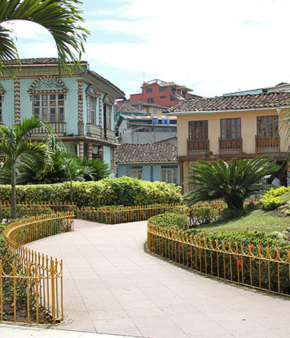 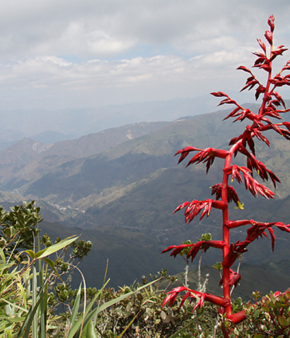 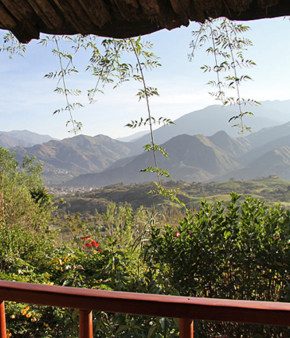 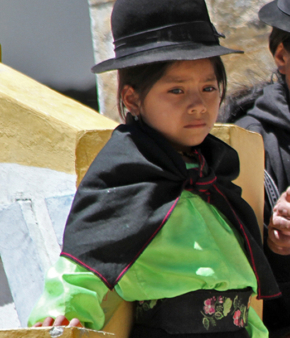 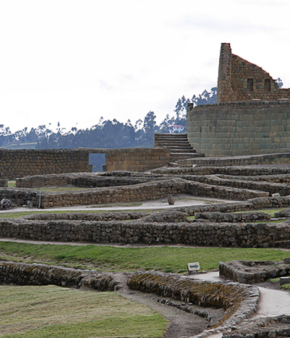 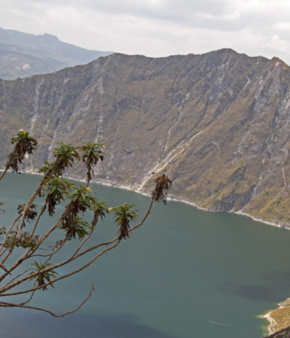 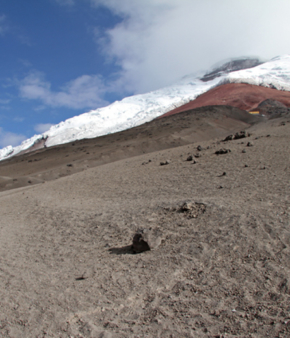 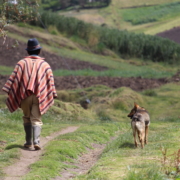 The country’s  283,000 km² of plain, mountains and rainforest will find an abiding place in your heart: whether you are gazing down at the colonial elegance of Quito from El Panecillo’s dizzy heights or jostling with the poncho-clad locals to buy their intricately embroidered fabrics at Otavalo market; whether you’re feeding Bawse woolly monkey orphans at Puyo animal rescue centre or sharing in ancient waterfall ceremonies with Shuar elders or riding the circuitous railways over the dramatic ‘Devil’s Nose’, Ecuador offers incomparable, unforgettable  encounters with a world of natural and cultural wonders.

As you marvel at the iridescent Ecuadorian hillstar that hovers close by your cup of exquisite home-produced coffee, know that this extraordinary country is unrivalled as a natural paradise: it hosts a mind-boggling 15% of the world’s bird species, well over 4,500 species of butterfly, 106 endemic reptiles, 138 endemic amphibians and a rich array of mammals from spectacled bears to three-toed sloths and the Amazon rivers may even yield sightings of river dolphins.

Whilst the lush, green, rainy coastal strip is integral to the production of foodstuffs here, the truly iconic regions are the Andean mountain ranges and the upper reaches of the celebrated Amazon Basin. In La Sierra, the Amerinidian population holds sway and the capital Quito is a heady mix of colonial glory and Inca-indigenous vibrancy. Humans first migrated south here between 16,000 and 13,000 years ago from North America. When the Incas expanded their territory here, they met with fierce resistance from the entrenched locals and the Cayapas are still well represented ethnically and culturally, bearing witness to their tenacity against a foe who carried all before them in all other regions. Nonetheless, the 15th century A.D. saw gradual Inca dominance yet, again, uniquely, the two powerful civilisations learnt to co-exist on the mountain plateaux.

The Inca favoured Ecuador and expanded Quito as a secondary imperial capital, as well as establishing an infrastructure that wove the nation together. Yet by 1532, when the Spanish arrived over the Andes, a civil war of succession amongst the Incas meant that conquest was all too easy. Smallpox and forced labour camps played terrible havoc on the inhabitants, yet Spanish rule was ultimately successful in establishing towns and cities. The Inca has razed Quito after their emperor has been betrayed and killed and so it stands as a monument to Spanish development: the Catédral, glorious baroque masterpiece of San Francisco church and incomparable church of La Compania de Jesus (1605) are among the sacred examples, whilst the stateliness of the ivory edifices of Independence Plaza is a crowning glory of colonial architecture.

As was typical worldwide, the irresistible tide of nationalism at the start of the 1800s, coupled with moves to liberate slaves meant that cities began to rise up against their Spanish overlords so that by 1822, at the battle of Pichincha, independence was won. Briefly joining Gran Columbia, Ecuador forged its own national identity in 1830. The ensuing century saw much of the territory on its fringes lost to neighbours and wars with Peru were a perennial feature. Similar political vicissitudes saw the nation lurch from dictatorship to military junta and democracy. Since 1972, democracy has taken root and now Ecuador seeks to mine its rich vein of potential for tourism. The rainforest and cloud-forest offer endless opportunities for canoeing and hiking, following the river arteries to penetrate into some of the indigenous Quichua villages that welcome outsiders to experience a lifestyle that transcends the ages.

The walking opportunities are equally rewarding in the Andes, round crater lakes in the shadow of Cotopaxi volcano – ‘the neck of the moon’, whilst many prefer to ascend Chimborazo to the 5,000m Whymper hut and marvel at the literally breathtaking panoramas. The beating heart of this land remains it people – their markets, villages and holy places are shared with visitors in a spirit of hospitality and the knowledge that this is indeed a place worthy of their pride.

Read more about tours in Ecuador and our South America tours.