Put simply, Colombia is a land of superlatives: its biodiversity is unparalleled, making it the most prolific country in the world in terms of birds, butterflies, orchids and indeed endemic species – an absolute joy for nature lovers.

Yet the wonders do not end here, as the incredible, varied landscape of the world’s longest mountain range in the Andes and highest large city in its capital, Bogota, two delightfully idyllic and contrasting Pacific and Caribbean coastlines, incomparably beautiful valleys producing coffee and cacao and the ubiquitous presence of huge, spectacular rivers will leave you mesmerised by their beauty.

Add to this fascinating colonial and pre-Hispanic sites, and Colombia is clearly a peerless destination for all.

Our all-encompassing group tour and tailor-made trips will lead you on a wonderful journey through the far reaches of this exceptional land. You will explore the historic core of its dramatic capital and learn about the gold and jewel wealth that drew generations of fortune-hunters here, whilst marvelling at its stunning architecture.

You will plunge deep into the surreal salt mine cathedral at Zipaquira and wander bougainvillea-balconied cobbled streets and plaza in colonial towns; you will drive through the inimitable Tatacoa Desert and experience the unique Paramo wetland habitats and stand in the shadow of the dramatic volcanoes of the ring of fire. Everywhere nature-viewing opportunities abound and history beckons from pre-Hispanic ruins to sampling the wares at the haciendas of the coffee plantations.

Above all, you will bask in the warmth of the welcome that Colombia’s eternally smiling people extend to its visitors.

Places to visit in Colombia and on our South American tours 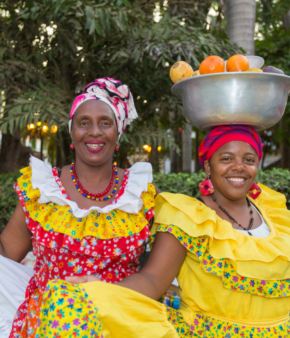 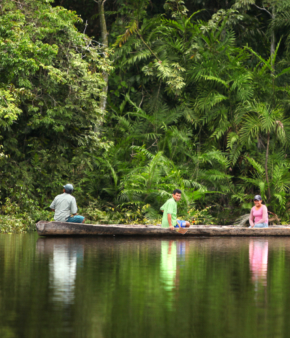 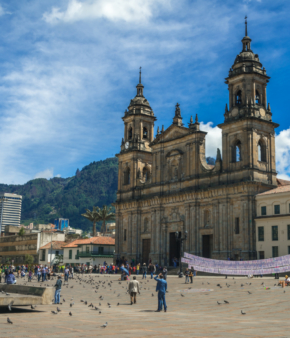 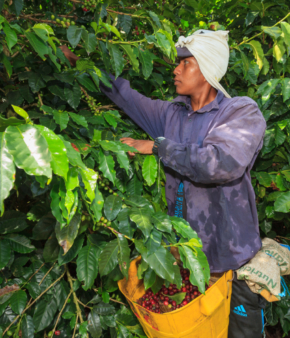 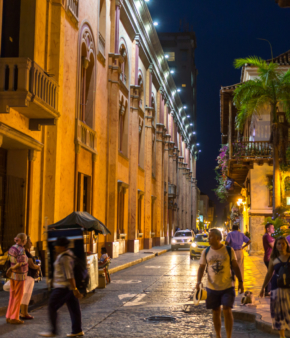 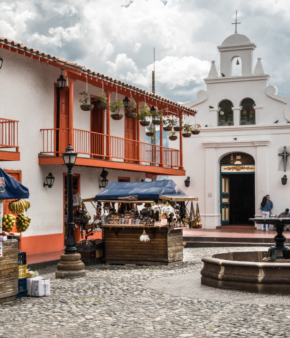 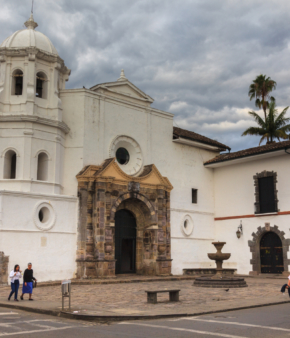 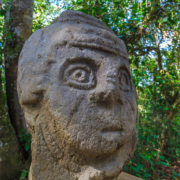 Diversity and awe radiate from every corner of this vibrant nation. Marvel at its history, where ancient rock art and Pre-Columbian necropolises relate a grand heritage and elegant white-washed squares recall a proud path to independence, at its wildlife, where the majestic sweep of the condor gazes down on the proliferation of endemic life which adorns its forests, and at its landscapes, mighty rivers plunging through chasms in unimaginable torrents and vividly coloured locals thronging to markets against the backdrop of the jagged snowy Andes. This is not a place to miss.

In pure numbers alone, Colombia beggars belief: the world’s most biodiverse region has its pinnacle of natural wonders here. The world’s largest producer of emeralds boasts a variegated landscape that encompass 1,900 bird species – 18% of the planet’s species are found here – 10% of all mammals and 14% of amphibians. There are more butterfly species here than in any other nation and plant lovers will be inundated by what they experience.

This is also the endemic capital of the world and, once you have journeyed through an array of geographical areas, you will start to understand just why: the northern end of the planet’s longest continental mountain range dominates the western half of Colombia and the Pacific Ring of Fire is an active and dramatic feature of the cordilleras. Most of its population inhabit the elevated plains that stretch below the snow-capped peaks. On either side, the Orinoco and Amazon basins and the Pacific coast are luxuriant in surprisingly intact rainforest. To the north, a very different, arid region of desert and then the drier Caribbean coastal plains are home to yet another swathe of contrasting species.

The government now has a weather eye on its natural bounty and over 13% of its landmass is National Park, providing a powerful barrier to the deforestation that otherwise might encroach from the neck of Central America or the huge landmass of South America. Colombia – named after Christopher Columbus, the iconic Spanish Explorer of the 15 and 16th centuries – has a rich history: by the first millennium B.C., the peoples of the Muisca, Zenú, Quimbaya, and Tairona were the dominant tribes, moving to the plateaux to practice agriculture and trade in all manner of goods, including the gold that was then abundant in the region. These cultures grew and thrived, probably numbering several million inhabitants, and their sophistication is witnessed by the evidence in such as San Agustin’s necropolis, probably the largest in the world, and the ‘Alto de Los Idolos’ near Puracé National Park.

When the first Europeans arrived, settlement began on the northern coastline, but the inevitable impact of disease on indigenous peoples was devastating. By 1533 the UNESCO listed walled town of Cartagena was established, marking the frontier for further incursions inland. The 16th and 17th centuries saw the formation of the notional land of ‘New Granada’ and a series of conquistadors moved inland and onto the cordillera, allying, defeating and settling the rich lands there. Always the lure of ‘El Dorado’, born out of the seizing of local wealth and the tales that were related of kings clad only in pure gold, drove this vigorous campaign onward and upwards.

The Spanish control of the area was the dominant feature of the 18th and 19th centuries – foreign powers brought slaves and plantations were established, as can still be witnessed in the beautiful Cocora valley region, and the capital became established in Bogota. The inability of Spain to control its colonies during the Napoleonic wars opened the door to independence, declared in 1810; attempts to restore European overlordship foundered at the decisive defeat of imperial forces at the battle of Boyacá bridge in 1819 when Simón Bolivar’s won and secured the status of the new Gran Colombian state that ranged across a large expanse of formerly Spanish-held northern South America. The new president’s grand project lasted until 1830, when the territory fractured and first New Granada and later the Republic of Colombia became its official idendity.

Recent times have seen civil wars, redrawing of boundaries and drug-cartels having huge influences on the country’s economy, but since the 1991 new constitution, progressive governments have brought about peace, reconciliation and far-reaching reforms which have removed the criminal underground’s influences and rendered Colombia a safe, welcoming and enriching venue for outsiders. Indeed President Santos was awarded the Nobel peace prize in 2016 and the future of this intriguing and beautiful nation seems one laden with optimism.

Read more about tours in Colombia and our South America tours.