Chile is a country defined by its physical geography: the Pacific Ocean to the west and the dramatic Andes to the east leave a thin strip of land, stretching which stretches over 4,000km in length, transitioning the world’s driest desert to ice-caps and the tremendous winds of the furious fifties.

The result is a landscape of stunning contrasts. The coastal cold Humbold current fashions the eerie terracotta Atacama via the lake bejewelled altiplano to the snowy Andean ridges.

Whether you come for jaw-dropping views during the endless trekking opportunities, other-worldly vistas of Chile’s often bizarre dry zones or abundant wildlife in the Lake District, this is a land which continues to astound at every turn.

Our group tours and tailor made holidays take in the invigorating experiences of the high plateau, in the shadow of dramatic volcanoes, veined in gullies of snow, and dizzy mountain ranges. You will descend thrilling mountain passes and experience the yawning spaces of the Atacama first hand and the pre-Colombian civilisations which fringed its aridity.

Wandering the active geyser fields of the region reminds you of Chile’s place on the Pacific Ring of Fire and the immense power of nature which raised these sublime ridges. Exploring the igneous landscape thrown up by millennia of seismic activity, you will lose yourselves in vast natural mazes and linger by the indigo waters of volcanic lakes which echo to the flamingo’s cry.

As you tread in the steps of the ancient Llama caravans and unpitying conquistadors, the breathtaking natural beauty and the drama of bygone ages remain at the very heart of this enigmatic land.

A great trip with some of the most stunning and varied landscapes I’ve seen anywhere in the world in twenty five years of travelling. No other tourists. Superb hotels in remote places. A real ‘undiscovered destination’!

Places to visit in Chile and on our Chile tours 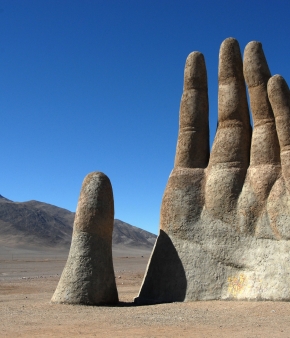 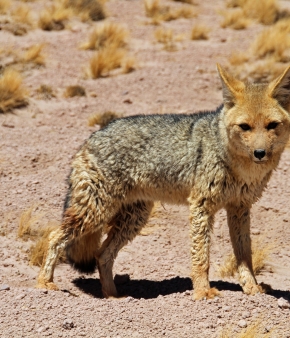 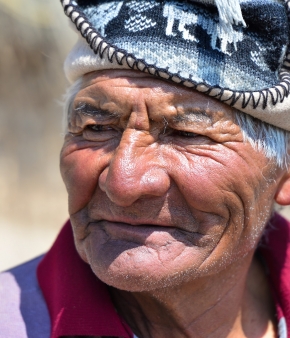 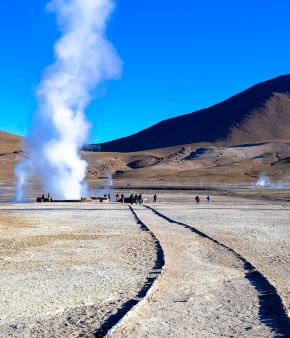 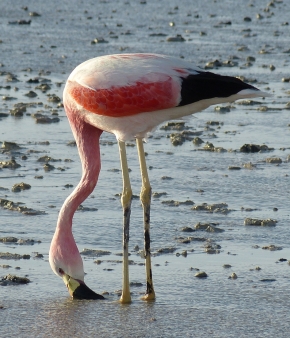 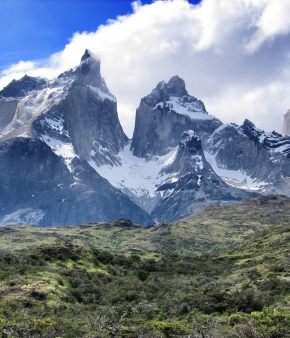 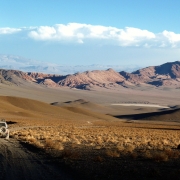 Drama and almost impossibly beautiful and barren landscapes seem to lie round every corner in Chile. The land offers wildlife and natural wonders in abundance, amidst a stupendously diverse topography. Latin America’s highest plateaus cradle crater lakes which burst with birdlife and dramatic wind-hewn rock fields which seem truly other-worldly, whilst the incomparably arid Atacama Desert has preserved evidence of fascinating ancient cultures. Stand amidst giant geyser fields, marvel at countless volcanic peaks and tread timeworn dramatic mountain passes, all under the gaze of the soaring, mighty condor.

To the outsider, Chile seems an insular culture, bound by tradition, conservatism and a strong devotion to Catholicism, and yet visitors are immediately struck by the curiosity and heartfelt warmth and hospitality that the people here exhibit to strangers.

The isolated landscape is one of transition: glacial mountains on the Peruvian border give way to barren wilderness in the Atacama. Here the ground-breaking discovery of the existence of a primitive culture was found, proving that South American human occupation must have had its origins in sea-faring peoples, rather than migrants across the Baring Straits.

Again, the earliest successful cultures arose here, evidence of which lie just outside San Pedro de Atacama – the Chinchorro, the Atacameňo, the Diaguita all made their mark in the lush canyons of the foothills and such was their power that the Incas failed to break through. By the 1540s, the Spanish conquistadors arrived, eventually establishing Santiago, despite heavy local resistance. The virtual enslavement of the indigenous people meant that a lasting Spanish colony grew and began to harvest the rich Chilean mineral and crop resources.

Yet by 1818, Chile had won independence, ushering in centuries of infighting, political extremism, dictatorships, democracy and the eventual peace and outward-leaning nation that Chile has become. Blessed with vast reserves of precious metals like copper, Chile’s economy is slowly improving and it has become increasingly geared up to those who wish to push into its amazing landscapes. Despite many errors with sustainability and environmental damage, the government has now given over 19% of its land area to conservation and national parks.

A plethora of hiking opportunities and mountaineering routes, horse-riding, cycling, canoeing and diving are all assets which the country is only just beginning to realise. This is all set amidst some of the world’s most idiosyncratic  landscapes: the intoxicating pumice labyrinth at Camp de Piedra Pomez offers a crazy collection of over 5,000 rock formations, carved by the attritional winds of the alitplano; the dramatic Geyser del Tatio, at 4,200m, offers a mesmerising  field of 80 hot springs, the largest in the southern hemisphere; unforgettable sunsets across the Valle de la Lune and its surreal rippling dunes and kaleidoscopic rock formations are accompanied by an altitudinous heady sense of the fantastic.

Across this world, flora and fauna offer a rich bounty: the celebrated llama and alpaca have their stronghold in the northern altiplano as do the enigmatic rhea, whilst the mountain visacha is a wonderfully curious delight. Flamingos, coastal penguins and even the glimpse of a giant condor all satisfy the keen birdwatcher.

Any foray into Chile will leave you fumbling ecstatically for your camera, overwhelmed by the wonder of its landscapes, wildlife and wonderfully warm people  again and again.

Read more about Chile and our other tours in Latin America.