Put simply, Chad is a world which has been off the radar since time immemorial, and yet its huge scale offers the intrepid traveller to feel a true spirit of adventure as their route crosses some of the world’s most inhospitable and yet stunningly beautiful landscapes.

From the windswept sandy Saharan shores in the north with its extraordinary lunar landscape of volcanic cones, grotesquely attractive sandstone formations and occasional explosions of green around tiny wadi communities, via the arid grazing heartlands and the fertile shores of Lake Chad to the Zakouma National Park’s haven for critically endangered species, the sense of discovery is almost unrivalled in Africa.

Our pioneering group tours in Chad thrust deep into the heartlands of a country where few outsiders tread. You will head through the Sahel into the very jaws of the mighty Sahara and travel in the footsteps of camel caravans, pausing for water at incredibly isolated outposts and oases and working your way down desiccated gorges which suddenly erupt into turquoise salt-lakes.

Travel high into the rugged mountains to view huge volcanic craters and marvel at teetering tassili towers of sandstone, and bask in the verdant swathes of national parks to view the majesty of the African National Parks’ ‘big five’ – one of central Africa’s biggest wildlife success stories.

The sheers scale of this world of desert, lush grassland and mountains beggars belief and a journey through its immense beauty is a moving and humbling experience.

Wow! Did we go to Africa or to Mars? Incredible landscapes that were not of this world. Fascinating people somehow surviving in the Sahara. The crew was also top notch and made a challenging trip go off like clockwork. A perfect trip for shedding light on a country virtually unknown in the English-speaking world. I want to go back!

Places to visit in Chad and on our Chad tours 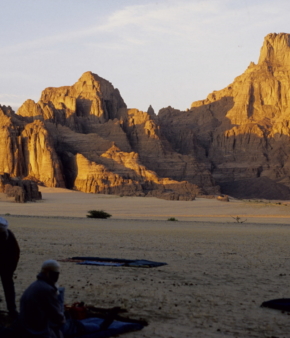 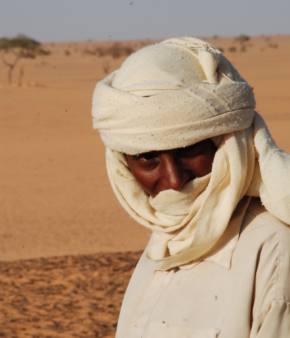 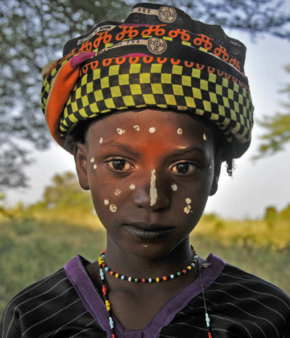 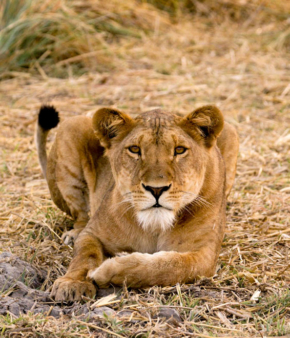 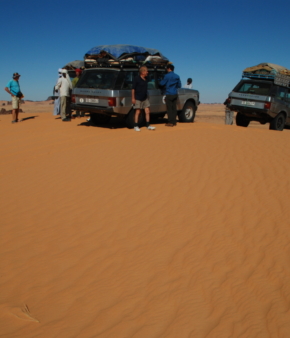 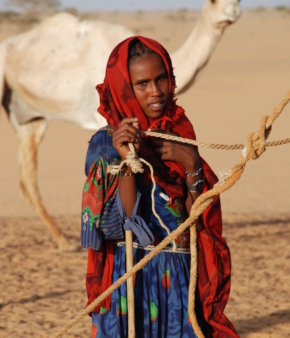 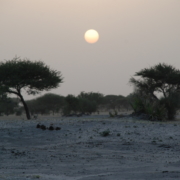 Encounter some of the planet’s most isolated, colourful and robustly resourceful cultures as you head into the ‘Hunger Highlands’ of the Tibesti Mountains. Experience the thrill of a herd of elephants lumbering languidly across your path as they make for the muddy chaos of Zakouma’s river sanctuary. Trace the shadow-patterns of prehistoric people’s ochre-coloured rock art amidst the gorges of the Archeï. Share the heady exuberance of Chad’s timeless markets and bazaars, amidst the decaying walls of French colonial forts in a land that the rest of the world has somehow forgotten.

In this seemingly most land-locked of African countries, the inescapably dominant spectre of the Sahara seems to have shaped the world that is modern day Chad. With this vast desert to the north and the fragile aridity of the Sahel immediately below, the country dips to its centre in the Chad Basin. This vast area was once, until around 7,000 years ago, entirely covered by what is now the ebbing and flowing shoreline of Lake Chad.

Now drought, siphoning off of water for irrigation and drinking supply and climate change have reduced the waters to a fraction of what was here even half a century ago, yet the central belt retains a fertile element, merging into the Sudanian Savanna of the south of this 1.3 million km² colossus of central Africa. Whilst the urban areas of this former French colony may hold less draw, the dramas of the northern Ennedi Plateau and the Eastern Tibesti Mountains offer the hardy few who visit a seemingly endless series of geological amazements, cultural surprises and photogenic vistas.

The history of the region is poorly documented, yet the prehistoric archaeological evidence is quite extraordinary. Clearly the Sahara once provided early man with freedom to spread across the region and by the time fixed settlements began in the 20th century B.C. the incredible rock carvings and cave paintings speak of a culture of some import. Bovidian period art is scattered liberally around the Ennedi region, from ochre and ebony shapes to ornate swirling expressions of the human form.

These seem to date from a period where the region still maintained a water level sufficient for farming. Today, in the far-flung reaches of the north-east it is nature’s own art forms which most immediately catch the eye. The Sandstone of the region makes for fabulous ‘tassili’ formations, teetering columns of reddish stacks that rise like dizzy tors above the desolate landscape, wind cut arches and gargantuan granite iselbergs which conjure images of childhood films with rocky outcrops topped by maned mountain lions. The empires and kingdoms that have come and gone have left precious little evidence: France’s tenuous hold on these isolated lands now shows best in decaying fortresses which have become shells to house passing caravans of camels or seasonal oasis-dwelling date harvesters.

That is not to say that Chad is depopulated: its 13.7 million people are divided into a heady mix of Muslim and Christian tribes – the Sara in the south being particularly influential and the tales of 1,000 years of history can be viewed in the capital’s excellent N’Djamena museum. If you visit, you may well encounter the fascinating cultures of the northern stretches: the Mboro people’s Gerewol mass-courtship festival and the ancient capital of Abeche’s stunning array of Islamic sites being particular highlights.

In the eastern mountains, the Saharan corridor to Lake Chad still can be followed and the nomadic peoples of the region – the Tubu, Teda, Gaeda, Tama and Zagawa amongst others – will welcome your meetings with them as they dip their thousands of camels into the ashy waters of the exquisite Archeï Gorge. This is a land of fabulous panoramas and glimpses of natural wonder: the choice is impossible, from the ridiculously picturesque blend of deep sapphire blue and peach, where savage cliffs and dunes tumble into the Teguedei Lakes, to the delicate blur of damask-rose hued bee-eaters as they flit around the fringes of Zakouma’s serpentine Salamat River.

And yet Chad never makes you choose.

Read more about Chad and our other African tours.