Bulgaria, a country in the Balkans area of Southeastern Europe, once firmly hidden behind the iron curtain, was lesser known amongst western travellers. But, after its borders fully opened in 1989, tourists from far and wide have been drawn to visit Bulgaria after it was no longer shrouded in mystery. From the sandy shores of its idyllic Black Sea coast to the country’s excellent skiing opportunities amidst its snowcapped mountain ranges, there is so much to a trip to Bulgaria, and more than may initially meet the eye.

For one, the country boasts two fascinating large cities, the first of which is the magnificent capital of Sofia with its imposing and impressive mountainous landscapes, and the second being the ancient settlement and cultural hotspot of Plovdiv.

And beyond these popular Bulgaria destinations, the country also offers endless historic sites and archaeological marvels and is alive with tiny hillside villages dotted throughout its stretching lands whose residents open their arms to visitors willing to explore their timeless societies.

Walk in the footsteps of some of history’s greatest powerhouses here in one of Europe’s oldest countries, and you might just be surprised by what you uncover during your next trip to Bulgaria.

Highlights of a Holiday to Bulgaria

Our fascinating Bulgaria group tours and tailor-made trips tread the four corners of this historic country, allowing you to discover some of the best Bulgaria holiday destinations. From the dignity and magnificence of Sofia with its huge golden-domed basilica to the charming and modest rural town of Karlovo, loved for its raw beauty and authenticity, these are only a few of Bulgaria’s exquisite destinations.

Journey through dramatic landscapes where idyllic monasteries lie in which golden eagles soar on the thermals, and uncover some of the lesser-visited, and therefore untouched, villages set amidst the Rila and Rhodopi Mountains to experience some of Bulgaria’s hidden, and most splendid, marvels.

And what many may fail to realise is that this under-recognised and somewhat underappreciated European gem is a land which has seen the passing of so many of central Europe and Asia’s great civilisations, making it home to some of the most spectacular archaeological and ancient sites on its continent. During one of our Bulgaria tours, you will have the opportunity to visit a 6th-century Thracian necropolis as well as stunning Roman ruins in Plovdiv, amongst many other historic sights to peak your curiosity.

Here, you can simply immerse yourself in the rural cultures, crafts, and cuisines of secluded communities where tradition is central. You will also experience the broad spectrum of religious sites on offer, which will simply amaze you, in this breathtaking land where harmony, heritage, and hospitality are second nature.

Exploring Bulgaria during a small group tour is an unrivalled way to indulge in the country’s most popular and boasted destinations, whilst also uncovering the authentic and hidden aspects of the country that you may not otherwise get an opportunity to experience. And with the expertise of your own knowledgeable local tour guide, this will also make your visit to Bulgaria as meaningful and memorable as possible.

Here at Undiscovered Destinations, our Bulgaria group tours and Bulgaria guided tours are expertly composed of our raw passion for the country and our dedication to creating itineraries tailored to everything that our clients could want and desire, making for some of the most exclusive and unforgettable of experiences in this breathtaking corner of the world.

Our Bulgaria small group tour offers all of this and more, alongside fantastic accommodations, and entrance to captivating sites as part of its itinerary, alongside other inclusions, to give you an unrestricted and unfiltered view into the fascinating history, culture and nature of Bulgaria.

There is so much more to Bulgaria than just a beach or ski holiday. I would encourage anyone thinking of visiting Bulgaria to do it as you will not be disappointed . 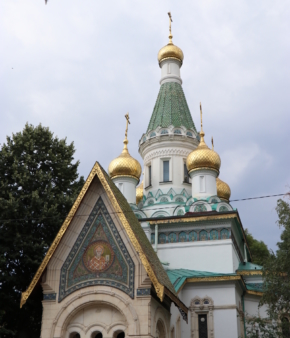 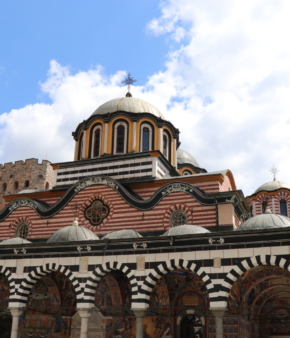 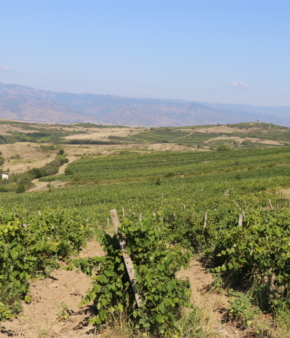 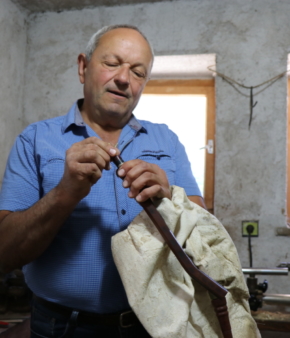 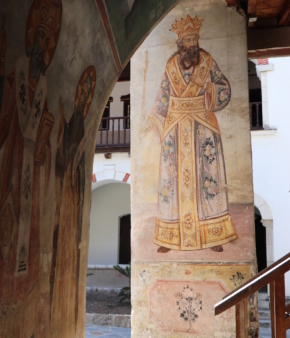 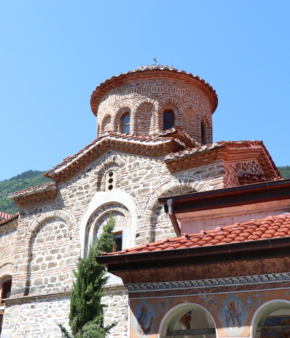 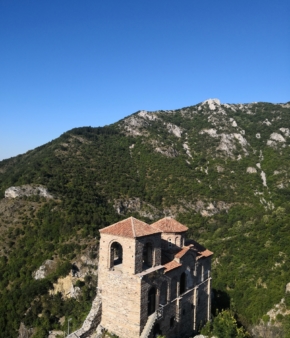 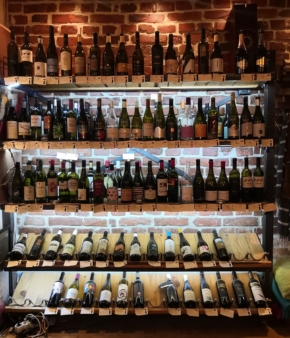 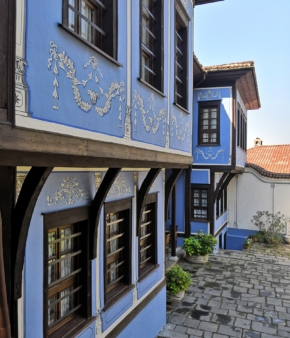 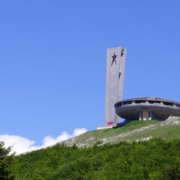 With 110,000 km² of vast, secluded landscapes that shelter dramatic karst scenic gorges, welcoming hillside villages, and a wonderful array of wildlife, from deer and wild boar to bears, jackals and wolves, Bulgaria is infinitely more than just the glossy brochures’ visions of sun and après-ski.

Exploring Egyptianesque Hellenistic necropolis valleys, unwinding amidst ancient seats in Roman amphitheatres with jaw-dropping views, gazing at frescoes in ornate and picturesquely isolated mountain monasteries and sharing Bulgarian bagpipe lessons with locals all await those willing to step foot into the heart of this captivating country on your next trip visiting Bulgaria.

The peaceful rolling mountain slopes, green gorges, sultry pine forests and idyllic Black Sea shores all speak of a land where languor and warm hospitality have always been the order of the day. Indeed, Bulgaria is, above all, a land which oozes wide open spaces, where its 7¼ million inhabitants are scattered sparingly across the fertile plains and highlands, with over 40% of the nation being mountainous.

And yet it has been coveted and invaded by an endless tide of hostility, from its very earliest times as the tribal heartlands of the Thracian peoples. Gold, copper and bronze created early trade and such grave goods adorn burials from 6,000 years ago. This early culture gave birth to hugely significant sites like the 4th century B.C. Valley of the Thracian Kings near Kazanlâk and its 1,000 royal tombs. Inevitably, the wealth brought rivals, and the Greek settlements around the Black Sea, Bulgaria’s first democracies, were precursors to the arrival of Philip of Macedon in 335 B.C.

Having conquered the region, he established Philipopolis as his new capital at modern-day Plovdiv: today, this city on seven hills boasts evidence of the next aggressors, the Romans, who left an aqueduct, stadium and the acoustic marvel of the iconic amphitheatre on its spectacular perch above the city.

In the 1st century A.D., the Romans moved the capital to Sofia. With Christianity came churches, with the delightful Sveti Georgi Rotunda Sofia dating back to this period. When the empire fractured, Bulgaria went with Byzantium’s eastern half and the practices of orthodoxy became entrenched, raising churches like Sveta Sofia, the capital’s eponymous saint.

Turkic Bulgar nomadic horsemen came down from Central Asia, settling and dominating the region by 632 A.D., and establishing an astoundingly enduring Bulgarian Empire until the 11th century. The Khans constantly feuded with the Byzantines, but by 870 had adopted Orthodox Christianity and established the hugely powerful monasteries, such as at Rila, amidst the mountains, where this fiercely independent religious order flourished.

Their fresco paintings knew little parallel and it was here that Bulgarian culture survived during the Ottoman period of lowland Christian oppression. From 1362, the Bulgarians were subject to Ottoman rule, bringing their brand of the Islamic religion with their superb building skills. But, alongside this, a powerful intolerance of infidels and a period of persecution, characterised by the murder and enslavement of 50% of ethnic Bulgarians, which only truly subsided with the nationalistic uprisings of the 1800s.

In the meantime, cities like Sofia and Plovdiv had thrived in monetary terms, evidenced in their opulent, colourful, and wooden-fronted townhouses. With Russian and Ukrainian support, independence was won in 1878, and the Golden Church of Shipka commemorates the appalling losses that won this prize. It’s cities like these that are now some of the most exceptional holiday places in Bulgaria, and Europe, to visit.

Modern, independent Bulgaria has seen Princes, Kings, Tsars and then soviet-style dictatorships come and go, leading to the current democracy, but beneath all this, a proud and vibrant culture imbues everything.

It is a land which has so many tales to tell, and so is a paradise for those with a willing heart to hear them for themselves during a trip to Bulgaria.

FAQs About Travel to Bulgaria

Is Bulgaria a Good Place for a Holiday?

The breadth of opportunity in Bulgaria means that you’ll never be bored, or short of things to do, whilst venturing within its borders. From dazzling beaches to verdant forestry, towering mountainous scapes and charming village settlements, there’s a wealth of opportunity that is awaiting you on your next visit to the country.

Bulgaria’s main cities, such as Sofia and Plovdic, are two of the most easily accessible settlements in the country from some of Europe’s top destinations by direct flights, and if you’re on a budget, these flights are also not particularly costly.

How Safe is Bulgaria for Tourists?

Bulgaria is generally regarded as a safe place for travellers to visit. Its crime rates are generally low, particularly amongst tourists.

However, it is advised, much like in any foreign country you may be visiting, that you stay away from poorly lit areas, particularly at night, and be aware of pickpockets in busy, heavily-populated tourist areas where pickpockets may be more frequent. Ensure that you keep your valuables with you at all times in a safe place.

Is it Cheap in Bulgaria?

Bulgaria is often considered to be one of the cheapest destinations to visit in Europe, with its hotels, eateries, and other services offering more than affordable prices, even in some of the most popular of Bulgaria destinations.

To put it into perspective, you likely won’t have to pay more than a couple of Bulgarian Levs to have a beer, which roughly equates to a pound or a single euro.

Therefore, if you’re wanting to stretch your budget on your next holiday, Bulgaria is an ideal destination to do so.

What are the Best Holiday Places in Bulgaria?

Holidays to Plodvic in Bulgaria and the country’s capital, Sofia, come out on top as the most popular and best Bulgaria holiday destinations that you should definitely consider placing on your list when visiting Bulgaria.

Filled with vibrant, ancient streets, captivating monuments and sights, and breathtaking local scenery, each destination is a gem in its own right for those looking to experience some of the best locations in Bulgaria, whether you’re on your first trip to Bulgaria, or you’re visiting once more, because, let’s be honest, it’s so interesting it’ll likely have you coming back for seconds…

Read more about Bulgaria and our other European tours.