Mention Brazil and ecological wonders and the talk inevitably turns to the Amazon, yet at the very epicentre of South America lies a nature lover and wilderness explorer’s dream – the Pantanal – the world’s largest wetland, a landscape which boasts boundless skies and some of the greatest wildlife vantage points imaginable.

A stay in the midst of this unforgettable region can yield sightings of Brazil’s keynote species – the glorious Hyacinth macaw, the immense Green anaconda and the secretive Jaguar.

Whether by boat, canoe, safari jeep, horse-back, under the humid azure skies or in the pulsating churr of the tropical night, explore one of the world’s true frontiers in all its precious fragility.

Arriving by plane to the Pantanal lends you a true sense of its myriad swirling patchwork of rivers, seasonal lakes, lines of trees like delicate embroidery and cordilheiras – islets which abound with the living flotsam of the floods.

To penetrate into its secrets you will embark on boat rides and walking tours through sequestered tribal regions, thrilling to the call Black-hooded parakeets skittering across the canopy, you will thread your way through meandering waterways, glimpsing the ebony-eyed caiman in the milky shaft of spotlights and inhale the dewy breath of the sunrise across pink-hued lakes.

Take tips from local fishermen on snaring piranhas whilst thrilling to the sight of spiralling pairs of giant otters, amidst oceans of waders, storks, egret, herons and the iconic Jabiru. No corner of this paradise will fail to leave its indelible mark on your memory.

This was a trip that I had dreamt of doing. All the planning and help from Undiscovered Destinations made the reality as good as I could have wished for.

Places to visit in Brazil and on our South American tours 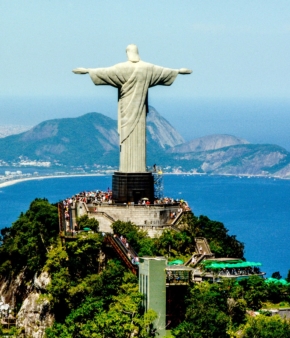 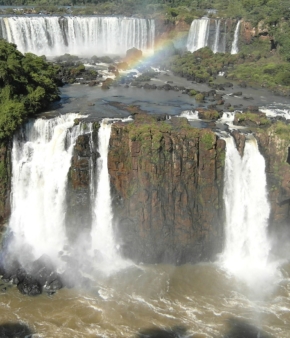 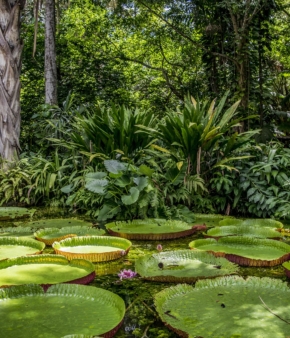 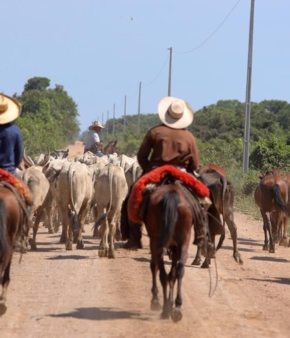 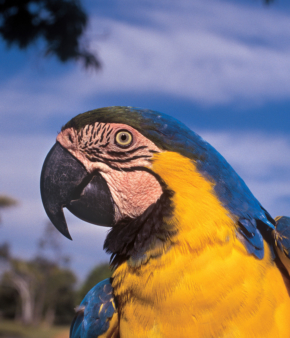 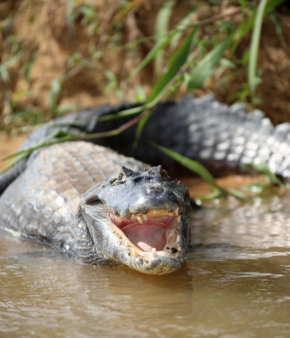 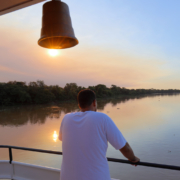 Earth’s greatest wetland at the heart of the planet’s most biodiverse continent is no empty moniker. The Pantanal fulfils its promise as wildlife lover’s paradise: uninterrupted vistas offer windows on a baffling number of flora and fauna species. The arterial waterways through lush grasslands offer the visitor the chance to slide effortlessly close to some of nature’s most exquisitely beautiful creatures. Stays in native-style lodges, exploration by foot, saddle and paddle, and sunsets which are a pageant of vivid colour make this an escape to a world where Nature truly holds all the cards.

Make no mistake, Brazil is the very lungs of the planet and its importance matched only by the environmental assault it is under: from the early colonial gold-rushes and diamond prospecting to modern pollution, waste disposal, deforestation, cattle ranching and water-course destruction, time seems to be against the even the last great, seemingly infinite green space on the planet.

Yet here in the Pantanal, in the far west of the country, wildlife charities like WWF are working together with Bolivia, Paraguay and Brazil to ensure a sustainable future for this unique bastion of untainted ecological isolation – a worthy UNESCO World Heritage Site.  Humans have had their impact here too, of course: the first evidence of settlement here goes back over 10 milennia and, of the 2,000 odd tribes which had spread over Brazil by the 15th century arrival of European settlers, the Guató tribes eked out a non-invasive semi-nomadic existence along the shores of the Paraguay and Cuiabá Rivers.

The spread of the settlers brought new cultures – a curious fusion of displaced tribes, Paraguayan refugees and gauchos from Brazil, creating a mix of small-scale fishing villages, whose sage river experts are a delight to encounter, and extensive cattle ranches: the people, now termed the ‘Pantaneiros’ are expert horse-riders and will lead visitors into the depths of the region in the saddle for a unique view of the Sia Mariana Bay. Above all, the landscape is in a constant state of fluidity and flux, with water falling, rising, ceasing and falling in an annual cycle that blossoms endlessly in a cornucopia of wildlife spectacles.

In the wet season, 80% of the region is flooded, the rivers swell and gargantuan rafts of hyacinth flow down the rivers, leaving the rich density of 159 mammal, 98 reptile and 53 amphibian species largely corralled on island pockets: train your eager eyes on giant anteaters, howler and capuchin monkeys and the idiosyncratic, largest of world rodents, the cabybaras. As the drier season comes, many of the 325 fish species trapped in isolated lakes become a banquet for an inundation of wading birds, some of the 656 species of avifauna on show here – Great white egrets, Jaibiru storks, Jabiru, Cocoi herons – making this ripe for the breeding season in areas such as Ninhal Porto da Fazenda. When the temperature dips slightly below its 25⁰C average, the trees bloom pink and saffron and the most likely period for jaguar spotting arrives.

The most densely populated area for this skulking king of the South American forests, it shares its territory with the more common jaguatiricas and ocelots. The string of lush rivers that thread through the seasonal savannah trickle tantalisingly off the tongue – the Piquiri and the Tres Irmaos to the south, and the Rio Mutum and the Cuiabá Mirim further north. All are laden with the promise of incredible, close-up views of wildlife and a backdrop of watery expanses and eternal skies.

Read more about tours in Brazil and our South American tours.