A country where wildlife and scenery vie for leading roles, Bolivia will astound you with its biodiversity and astonish you with the series of contrasting landscapes that provide the setting for the journey of a lifetime.

Where the Aymara, the Inca and the Spanish all left their indelible mark, you will marvel at the scale and significance of the ruins of Tiwanaku and marvel at the colonial splendour of Sucre. Such gems are set in the crown of natural wonder that exist here: lunar mazes of serrated canyons, the Aeolian magnificence of desert dunes, the exquisite colours of altiplano lagoons and surreal, encrusted salt flats that come alive in the dipping sun.

Undiscovered Destinations group tours and tailor-made trips lead you on a journey through the dramatically shifting scenery of this beautiful nation. You will experience the grandeur of the great buildings of Santa Cruz, whilst appreciating the skills of the artisans and self-professed magicians who abound in the bustling old market places of small towns.

You will make your way through some of South America’s finest landscapes, from the dramatic mines of Potosi to the vast plains of the world’s largest salt flats. Delve into the fascinating history of the region at pre-Inca temples or Neolithic rock paintings, and traverse the igneous scenery of the Andes past lava flows, desert dunes and rest beside stunning lagunas, abundant with birdlife. Bolivia’s proud history and remarkable topography makes it a destination to inspire and intrigue from east to west.

Places to visit in Bolivia and on our South American tours 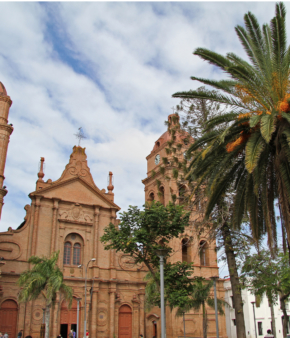 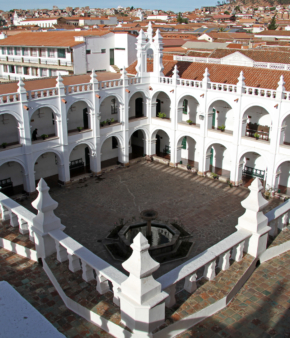 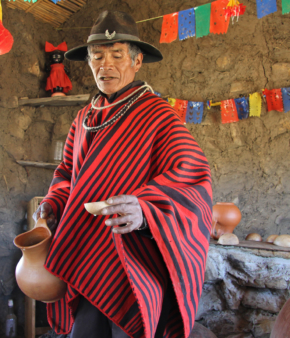 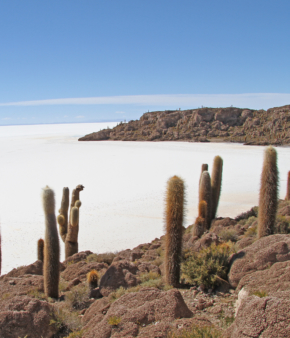 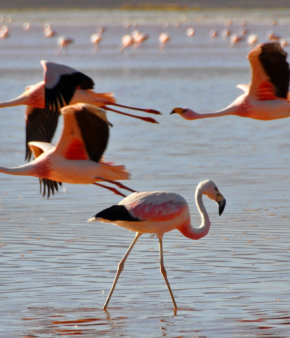 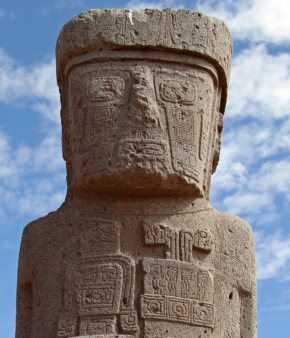 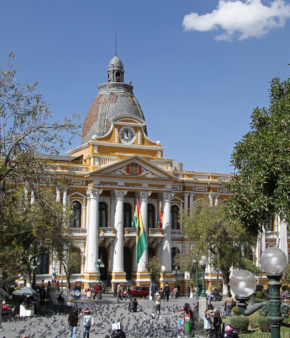 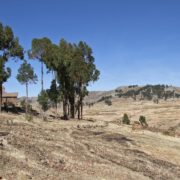 A land than encompasses pristine rainforest, the breathtaking shores of Lake Titicaca, the rugged volcanic Andean peaks, huge salt plains, deserts, geyser fields and a biodiversity to rival anywhere in the world, Bolivia will constantly engross you with the wonders of its wildlife and topography. Yet its cultural diversity is equally compelling: 36 different indigenous peoples, a rich pre-Inca heritage which manifests itself in the array of crafts and the skills of countless generations that have endured in the marketplaces of each beautiful colonial town through which your enthralling journey leads you.

After many centuries of smaller tribal cultures, the great civilisation of Tiwanuku arose in the Bolivian region and it is from here that so many of the Aymara people today claim ancestry. Its capital, of the same name, was probably established by 1,500 B.C., but its longevity, size and sophistication requires outsiders to fundamentally rethink their Euro-centric models of the development of civilisation: archaeologists calculate from satellite surveys of this vast city that it may have held over a million people amidst its city footprint and complex irrigated field systems.

Today you can wander its streets, amazed that such complex cultures existed at a time when Europs was in a dark age of tiny villages and basic dwellings, and gaze at the enduring monuments such as the Puerta del Sol. By 700 A.D. its empire had encompassed large swathes of Peru and Chile too and it was only a dramatic falling off of rainfall in the altiplano that brought about its demise so that, when the Incas moved into these lands from 1438, the city had been abandoned four centuries. From their base at Cuzco, the Inca dominance lasted little more than a few decades for, when the Spanish conquistadors drove through South America, they had taken the Inca lands of ‘Charcas’ by 1533.

Fuelled as ever by a lust for precious metals, the Spanish empire extended across most of the continent and with it came silver and precious metal mining in horrendous conditions, to the terrible detriment of the indigenous population. Entering the modern Potosi mines can give you a small flavour of this world and modern miners still cling on to the timeless rituals of making offerings to Tio, the demon who hoards the mineral wealth of the mountain. The sense of national culture was not crushed under Spanish overlordship from Buenos Aries and the old beliefs still manifest themselves in much as the witches’ market, ‘Indian market’ and museum of magical instruments in La Paz, administrative centre of the nation.

Following 18th century rebellions and a bloody siege at La Paz, 1809 saw failed revolutions at Sucre and La Paz, but by 1825, in conjunction with Simón Bolívar’s independence movement to the north, the Republic of Bolivia was declared, named for their inspirational Venezuelan freedom fighting leader. Further invasions from Argentina were thrice repelled and the country’s future seemed assured. Bolivians have found resolution over the imperial past and cities like Santa Cruz de la Sierra, with its beautiful churches, the Jesuit missions in the Chiquitania region, and the colonial elegance of ‘The White City’ of Sucre’s squares, convents and wonderful viewpoint from the bell-tower of the exquisite San Felipe Nevi church are all proudly prized by the nation.

Christianity has become the dominant religion, even amongst the 44% of the 11 million Bolivians who identify as indigenous. Industrial success brought economic growth to the young nation, such as in tin mining and salt processing at Uyuni Salt Flats where decaying steam train graveyards speak of former glories, but a constant state of hostility from neighbouring countries, particularly Peru, robbed Bolivia of its coast and around a third of its original territories. Meanwhile, despotic government and disregard for the rights of native peoples led to a 1950s revolution, widespread reforms and a move to universal suffrage. Since then, coups, civil unrest and dictatorships have dogged progress, but full democracy has endured here since 1993.

A sense of the rich vein of tourism that can be tapped is now beginning to emanate from the capital of Sucre and the natural wonders of Bolivia, from incredible dinosaur tracks in the cliffs of Cal Orch’o to the exquisitely beautiful and multi-coloured lagoons, dripping with birdlife and the incredible gorges geyser country of the altiplano, from the incomparably photogenic Siloli desert landscapes and salt flats to the labyrinthine canyons and spires of Moon Valley.

The trickle of visitors still lends Bolivia a sense of escaping the well-trodden paths of such as the Inca trail and the huge skies, colossal peaks and endless expanses of plain, forest and desert transport you into a place of truly liberating peace.

Read more about tours in Bolivia and our South America tours.